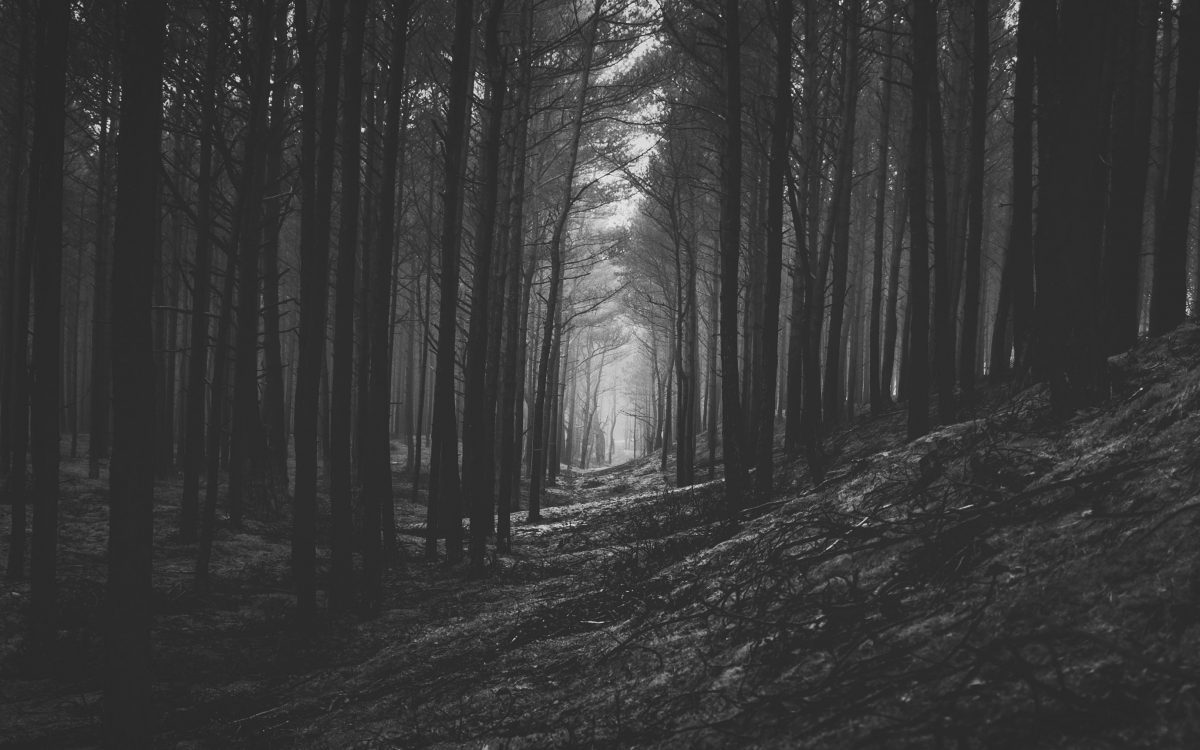 Photo by Marek Piwnicki on Unsplash.

Trampling Human Rights – and Getting Paid For It?!

What Legal Avenues Exist for Ensuring Compliance with EU Law and to Prevent Pervasive Pushbacks at the EU’s External Borders?

In early October shocking videos were released by Lighthouse Reports (a collaborative journalism platform) showing Croatian border police brutally beating young migrants with sticks and forcing them back into Bosnia. However appalling these videos are, the fact that violent pushbacks take place in the forests between Croatia and Bosnia is no longer surprising. Since 2016 there have been numerous accounts (see here, here and here) of the exact same practices, which were now finally disclosed by graphic material. Over and over again migrants stated that they were attacked by dogs, beaten with batons, kicked and punched and robbed of their money and mobile phones by the Croatian border police before being pushed back to Bosnia. Due to the frequency of these incidents’ exposure, there have even been talks about a “shadow army that beats people out of the EU”. It appears that also in Greece, Spain, Italy and most recently at Poland’s border to Belarus, violent pushbacks have de facto become part of the border control policy. What makes things even worse is that these operations at the EU’s external borders are indirectly financed through EU funding.

This post will initially argue that the efforts made by the EU to halt such policies are insufficient, to subsequently explore whether withholding funds would be a lawful way to bring pushbacks at the EU external borders to an end.

The EU’s Efforts to Stop Pushbacks: Unable or Unwilling?

Considering that reports on violent pushbacks at the EU external borders have been multiplying for years, one may reasonably wonder: What has the EU done to stop these clear violations of international (human rights) law (on the prohibition of pushbacks under international law see here and here)?

In the last years the European Commission repeatedly denounced pushbacks and highlighted their illegality to Member States. Following the latest incidents in Croatia, the group of Socialists and Democrats (S&D) in the European Parliament urged the Commission to “take all the necessary actions to put a stop to the inhumane policy of pushbacks” and even to initiate infringement procedures according to Art. 258 TFEU against Croatia, Greece and Poland. Ylva Johansson, the EU’s Home Affairs Commissioner, stated that it was “unacceptable” that EU money was apparently used to support border police, which commits such acts and called for probes by national authorities. In its ‘New Pact on Migration and Asylum’ the Commission proposed to set up an independent monitoring mechanism, which is supposed to bring transparency into border regions that are until now often inaccessible for journalists and activists. However, the proposal from fall 2020 has been criticized as insufficient by NGOs and still needs to be accepted and implemented by Member States.

Although transparency at the EU external borders would be a step into the right direction, it remains unclear what the consequences of a detected human rights violation would be. Over the last years it has become evident that simply requesting transparent investigations by national authorities does not suffice to bring the pushbacks to an end. Considering that Croatia alone has received more than €170 million for the purpose of “migration management” since 2014, in practice it seems that the EU is financing these methods and – at the same time – hopes for them to stop.

Such hopes, however, are in vain as long as there is no effective and swift way to remedy breaches of EU migration law. This was shown only recently in the case of Hungary where Hungarian migration laws were found to be contrary to EU law by the ECJ as early as December 2020, but were sustained by Hungary until this day. Thus on November 12th 2021 the Commission saw no other way to force Hungary to comply with the ECJ’s judgement but to ask the Court to order the payment of financial penalties.

Against this background, the most effective way for the Commission to incentivize compliance with EU and public international law would be to withhold EU funding in case of violent pushbacks by a Member State. But is there a legal way to do so?

Does the New Rule of Law Mechanism Help?

Due to the latest judgement of the Polish constitutional court, which questioned the legal supremacy of EU-Law, the EU’s new mechanism to withhold funding from States which violate the rule of law has again gained the attention of the public. This begs the question if the new mechanism, although not triggered by the Commission yet, poses a solution to the problem at hand.

The initiation of proceedings under the new mechanism has 2 basic requirements (see Art. 4 and 6 Regulation 2020/2092):  (1) there must be breaches of the rule of law in a member state, and (2) these breaches must affect or seriously risk affecting sound financial management of the EU budget or protection of the Union‘s financial interests in a sufficiently direct way. On the one hand, one could argue that violent pushbacks and, therefore, the non-compliance with the EU Charter for Fundamental Rights [especially articles 19 (non-refoulement and the prohibition of collective expulsions), 4 (the prohibition of torture, inhuman or degrading treatment), 18 (right to asylum) and 47 (effective remedy)] constitute a breach of rule of law (fulfilling the first requirement). In addition, the use of EU-funding to equip border-police units who regularly abuse asylum-seekers might suffice to constitute a ‘serious risk affecting sound financial management’ of the EU budget (fulfilling the second requirement).

On the other hand, the scope of the term ‘rule of law’ as understood in this context is rather narrow as it refers to the Union value which is enshrined in Art. 2 TEU. Therefore, as Art. 3 of the Regulation regarding the new rule of law mechanism (Regulation 2020/2092) states, a breach of the rule of law is typically indicated when the independence of the judiciary is endangered, when a State fails to ensure the absence of conflicts of interest by public authorities or when there is a lack of implementation of judgements. Since the mechanism has not been activated until this day, there can be no certainty, in which cases the Commission and the Member States are actually willing to use it. Yet, the discussions of the last months made clear that consensus is only given for a very limited scope of application. Against this backdrop, it has to be assumed that cases which are not directly linked to questions regarding separation of powers are not covered by the new mechanism.

So what about alternative measures? Art. 2 TEU which contains the core values of the EU does not only include the rule of law, but also the respect for human dignity and respect for human rights. These values have clearly been violated by the conduct of Croatia’s border police. A possible consequence of such a violation is a ‘breach of values procedure’, regulated in Art. 7 (2) and (3) TEU. Nevertheless, this procedure still requires a unanimous decision by the European Council to be successful. Keeping in mind the amount of EU-States that are accused of violent pushbacks, a unanimous vote in that regard is more than unrealistic. Moreover, a successful ‘breach of values procedure’ (which is sometimes referred to as the “nuclear option” of EU sanctions) could have drastic effects such as the suspension of the member states’ voting rights in the Council and thereby goes way beyond the envisioned goal of ending the misuses of EU funding for violent pushbacks.

As proposed by the Group of Socialists and Democrats in the European Parliament, another viable procedure to remedy the violations of the EU Charter for Fundamental Rights would be Infringement Proceedings in line with Art. 258 TFEU. Once the ECJ concludes that the pushbacks by Croatian authorities are in violation of the EU’s primary law, it could order Croatia to bring the pushbacks to an end and, if it fails to do so, the ECJ could mandate penalty payments (which it recently did with Poland and as the Commission proposed for Hungary on November 12th) according to Art. 260 (3) TFEU. Thus, it can be seen that Infringement Proceedings constitute a feasible remedy to end pushbacks in violating countries – at least partly. While the outcome of Infringement Proceedings can reprimand a violating member state through financial instruments, it is not able to change the basic allocation of EU-funds. Also keeping in mind that it takes a lot of procedural effort to reach a judgement by the ECJ, it would be even more effective if the Commission itself had the legal means to independently cut EU-funding if there are credible accounts of human rights violations, as it is now also empowered to do in cases of breaches of the rule of law.

In line with the above, existing mechanisms within the EU law could help to fight pushbacks. Yet they would have to be expanded to prevent pushbacks by member states more effectively. Considering the long timespan during which there have been reports about pushbacks, it must unfortunately be questioned whether there is actual political will to do so or if the EU and its Member States prefer a migration strategy built on deterrence, for which the use of pushbacks is at least tolerated. Such a strategy would, however, be unworthy of a Nobel Peace Prize laureate and would in the long term seriously damage the EU’s credibility in its fight for human rights on a global stage. 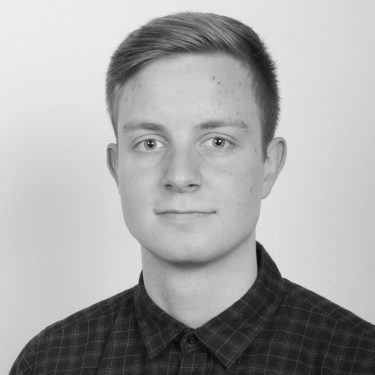 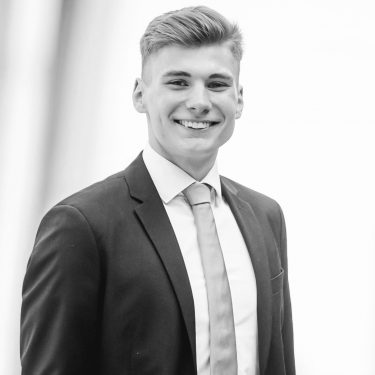