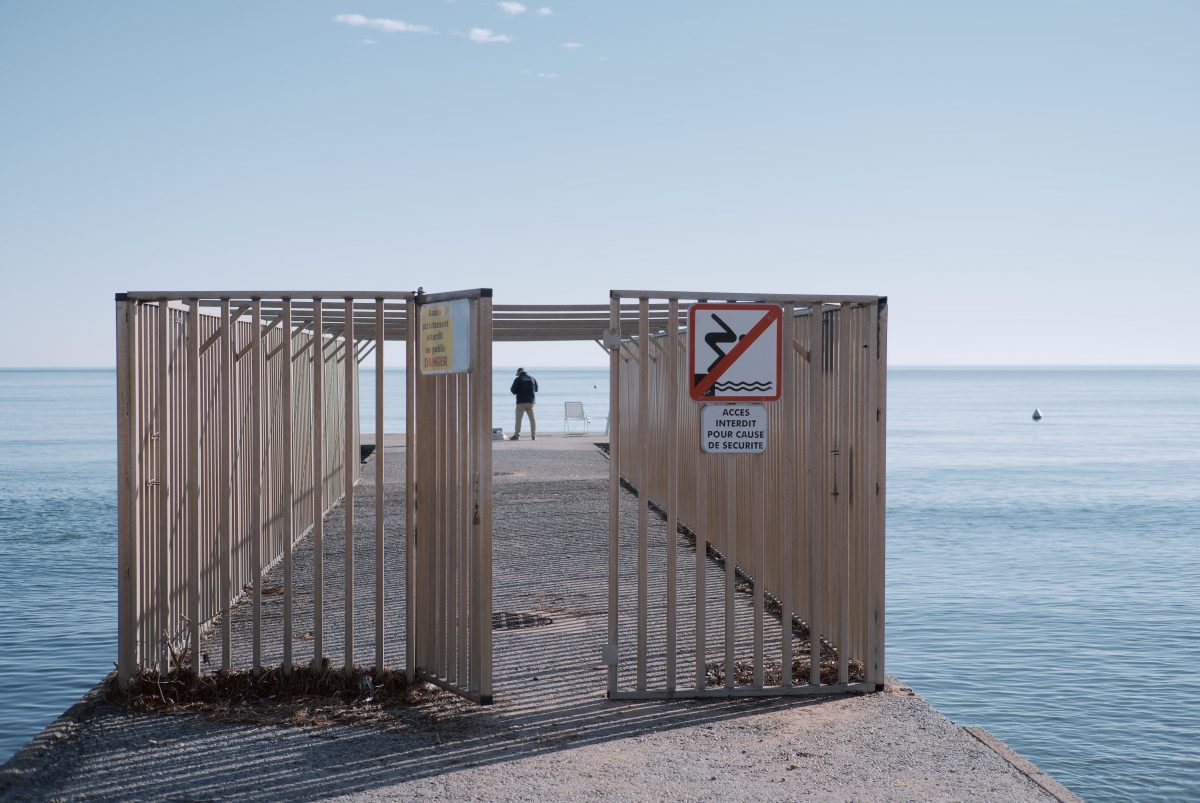 Photo by [2Ni] on Unsplash

A pushback against international law?

Legal analysis of allegations against the Frontex mission in the Mediterranean

In late October, an international group of investigative journalists released a detailed report about the involvement of Frontex, the European border security agency, in so-called pushbacks in the Mediterranean. Though not a legal term, ‘pushbacks’ refer to the highly controversial practice of intercepting vessels filled with migrants as they enter the territorial waters of a state and pushing them back, sometimes with very dangerous maneuvers, into another jurisdiction. Since March 2020, allegations of such activities have been made against the Greek Coast Guard (see here, here, and here). The October report, for the first time, provided evidence that Frontex was directly involved in pushbacks of migrant vessels from Greece to Turkey.

How was Frontex involved?

In at least four cases Frontex units were located close to pushbacks conducted by the Greek Coast Guard (see here, here and here). Although the Frontex officers did not actively support the Hellenic Coast Guard, it is fair to assume that they observed these dangerous activities without reporting them. Two more incidents stand out. On April 28, 22 migrants were put on a life raft on the Greek island of Samos and towed towards the Greek-Turkish sea border in the middle of the night where the Greek Coast Guard left them afloat. This incident was live-streamed to the Frontex headquarters by a surveillance plane. On June 8, a Romanian Frontex vessel was caught on camera blocking a dinghy close to Lesbos. Later, the same ship started generating waves to push the migrants’ boat towards the Turkish coast.

Article 33(1) of the 1951 Refugee Convention contains the cardinal principle of non-refoulement, which literally translates to ‘no pushbacks.’ Accordingly, states are prohibited from “expel[ling] or return[ing] a refugee in any manner whatsoever to the frontiers of territories, where his life or freedom would be threatened on account of race, religion, nationality, membership of a particular social group or political opinion.” This principle has evolved into a norm of customary international law (see here pp. 149-163) which does not allow reservations or derogation during situations of a mass-influx of migrants (see here, here, and here). It needs to be emphasized that the obligation of non-refoulement also exists in international human rights law (article 3 CAT, article 7 ICCPR, article 3 ECHR, article 19(2) CFR)  and under EU-law, partly, with even higher requirements and stricter enforcement mechanisms.

The personal scope of article 33(1) covers all refugees as defined in article 1(A) and also extends to asylum seekers until they receive a final determination of their refugee status. Concerning the territorial scope, all cases under scrutiny in this post took place within Greece’s territorial sea which makes the Refugee Convention directly applicable. However, pushbacks often occur outside states’ territories, for instance, on the high seas. In this vein, article 33 has been interpreted as applying wherever states have effective control over persons seeking asylum or when its actions directly affect them. Arguably, this is the case when coast guards actively push back boats filled with asylum seekers.

For the above reasons, it seems clear that Greece and the Frontex units were under an obligation not to expel or return the asylum seekers to a place where they would have a well-founded fear of persecution. To establish, however, whether such a risk was present, an individual assessment of each asylum seeker’s claim to refugee status needs to be conducted (see here pp. 330-344). This procedural safeguard is implicit in the non-refoulement principle, since the obligation not to return persons to a place where their lives or freedom would be threatened can only be discharged if that risk is assessed in the first place. The Frontex officers and Greek coast guard clearly did not comply with this obligation when blocking and pushing back boats without conducting a proper status determination procedure for the individuals aboard, i.e. assessing whether they were refugees or not.

Proponents of pushbacks regularly argue that Turkey is a safe third country where asylum seekers do not have to fear any persecution. Thus, refoulement to Turkey is unproblematic. Apart from questioning the classification of Turkey as a ‘safe third country,’ we argue that the pushbacks were still illegal since Turkey has a record of returning asylum seekers to other countries without adhering to the non-refoulement principle itself (e.g. here and here). These so-called indirect or chain-refoulements are also prohibited by international law. Although article 33 is not directly applicable, states which return asylum seekers to a third country knowing that this state regularly violates the non-refoulement principle, will be complicit in the third state’s internationally wrongful conduct.

Duty to assist persons in distress at sea

The pushbacks in our cases were also inconsistent with the law of the sea. In particular, pushbacks contravene the customary obligation of states to assist persons in distress at sea which is codified in Art. 98(1) of the United Nations Convention on the Law of the Sea (UNCLOS):

a. to render assistance to any person found at sea in danger of being lost;

b. to proceed with all possible speed to the rescue of persons in distress, if informed of their need of assistance, in so far as such action may reasonably be expected of him;

While the scope of the ‘duty to assist persons in distress’ extends to all ships which have reasonable means to provide salvage without endangering themselves, it needs to be clarified which situations ultimately qualify as ‘distress.’ Relevant jurisprudence and the 1979 Convention on Maritime Search and Rescue define a “distress phase” as “a situation wherein there is a reasonable certainty that a person, a vessel or other craft is threatened by grave and imminent danger and requires immediate assistance.”

The EU signed UNCLOS in 1984 (see here p. 51) and deposited an instrument of formal confirmation under part XI, which is comparable to a ratification, in 1998 (see here p. 227). Thus, the EU carries all rights and obligations under UNCLOS which are within the competences transferred to it by its members. Moreover, EU organs are also bound by the obligation to provide assistance to persons in distress under customary international law and by force of EU law (see paragraph 20 of EU Regulation 2019/1896).

In all instances, Frontex forces found unseaworthy boats which were severely overcrowded and without adequate propulsion. The mere state of these vessels clearly indicated an imminent danger to the migrants’ lives and the vessels’ overall safety. Despite its obligation to provide assistance, Frontex patrol boats did not intervene, or even worse, put the vessels at risk by unnecessarily creating waves. Therefore, the pushbacks in which Frontex was involved constitute a clear violation of the duty to assist persons in distress at sea.

The illegal pushbacks were a joint effort of the Greek Coast Guard and Frontex coast guards from Portugal and Romania on a Romanian and two Portoguese border patrol boats. In this complex scenario, it is worthwhile looking at how the involved states and international organizations can be held responsible for violating their international obligations.

Under the law of international responsibility, Greece is directly responsible for all illegal acts by its Coast Guard, which is a de jure state organ, in accordance with article 4(1) of the articles on state responsibility (ASR). It gets more difficult, however, regarding the Frontex vessels at the scene. The main problem is that the officers were under no exclusive control by a single state or international organization. During Frontex missions, the command is shared between the host state (Greece), the home state (Portugal and Romania), and the Frontex headquarters in Warsaw. Still, we argue that Romania and Portugal incur direct responsibility for the internationally wrongful conduct of their officers under article 4(1) of the ASR, despite their status as Frontex units. The boats are sailing under national flags, the officers wear their national uniforms, and receive substantive instructions from their home states. Therefore, the mere label as a Frontex unit cannot shield Portugal and Romania from international responsibility.

Greece, Portugal, and Romania carrying direct responsibility does not get Frontex off the hook. Although it is not an international organization by itself, in the sense of article 2(a) of the ARIO, Frontex rather counts as an organ of the EU. Frontex and its officers may not be directly responsible for the illegal pushbacks, but we nevertheless argue that the EU is at least complicit in those internationally wrongful acts under article 14 of the ARIO by providing aid and assistance to the main perpetrators. Thus, the EU incurs derivative responsibility for the complicity in illegal pushbacks by Frontex units in the Mediterranean.

Only thanks to courageous journalists we learned that several EU members under the coordination of Frontex orchestrated pushbacks in the Mediterranean. This practice is a blatant violation of the principle of non-refoulement and the duty to assist persons in distress at sea. The secrecy and indifference with which pushbacks are executed is shocking and other scholars have argued that they may classify as torture and, at some point, even amount to crimes against humanity. As a consequence, we should continue emphasizing that the pushbacks happening right now are clear and unacceptable violations of international law. We should further demand from our politicians that our coast guards and the EU cease their complicity and pressure Greece to stop its illegal activities immediately. 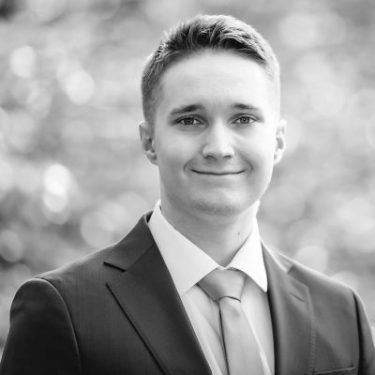 Kai Budelmann is a student assistant and law student at the Institute for International Law of Peace and Armed Conflict (IFHV) at Ruhr-University Bochum.