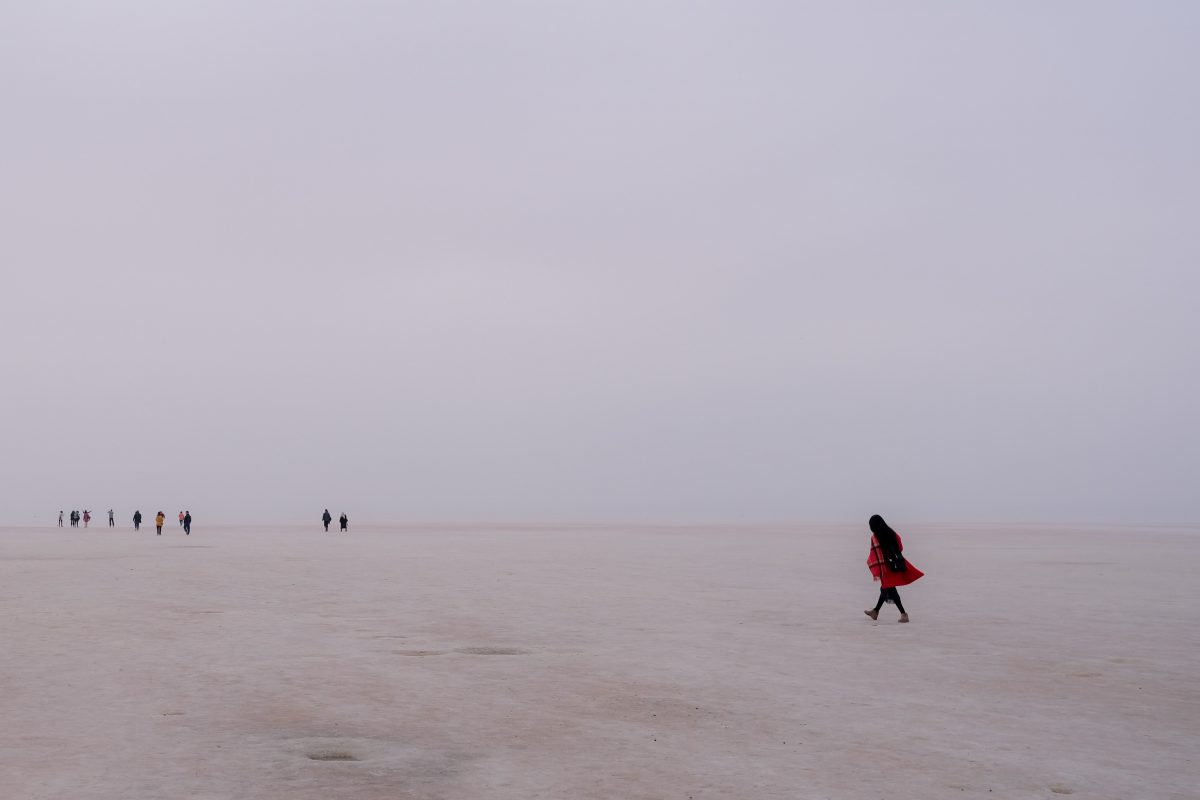 Photo by Omer Unlu from Pexels.

The Future of “Climate Refugees” in International Law 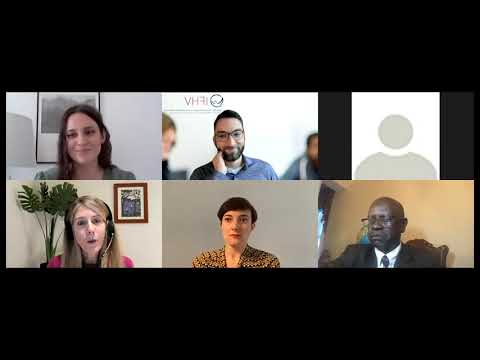 The issue of “climate refugees” has attracted scholarly attention for over a decade. The historic ruling of the Human Rights Committee (‘HRCtee’) in Ioane Teitiota v. New Zealand further increased academic interest in the matter and the increasing numbers of persons displaced by climate-related events underscore the importance of this topic.

On 6th May 2021, we had the pleasure to host a webinar on ‘Climate Refugees and International Law’ under the auspices of IFHV’s Research Cluster on Violent Disruptions and Forced Migration. The webinar brought together leading experts from academia and practice: Prof. Jane McAdam outlined the state of the art on the protection afforded to those, whose displacement is linked to the impacts of climate change and disasters; Ambassador Laki pointed to the need of a ‘human sensitive approach to human rights issues’, which he had already stressed in his individual opinion in Teitiota; and Camilla Schloss, noted how climate change-based asylum claims have been addressed in German jurisprudence.

Inspired by our discussion, we would like to reflect on some of the most pressing questions in this area of international law in this post.

Is There a Need to Expand the Refugee Definition?

Although people fleeing from places, where they face risks arising from the impacts of climate change, are often referred to as “climate refugees”, on most occasions they do not fall within the scope of the refugee definition in Article 1 of the Refugee Convention. This is the case either due to the fact that most of them remain within their countries or due to the limited scope of the Refugee Convention’s notion of persecution (McAdam, p. 708). Against this background, one may justifiably wonder whether it is about time we expanded the refugee definition.

However tempting such an expansion may seem, a deeper consideration of this question actually evinces its muteness. In fact, considering that the majority of those rapidly displaced for reasons related to climate change remain within their countries and that those that do leave their countries will only do so gradually, they cannot be seen as either fleeing from danger or as being outside their country of origin (McAdam, p. 8). In this sense, even if the refugee definition were expanded so as to cover climate-induced displacement, it would still not encompass the majority of those for the protection of whom the expansion would occur. Furthermore, as climate change is not per se the reason of displacement but rather a factor that amplifies preexisting risks and given that on several occasions, researchers have argued that the reasons frequently leading to displacement (e.g. subsiding islands) result from natural processes and not necessarily climate change, it is not certain that the suggested expansion would actually be efficient (McAdam, p. 15). After all, expanding the definition so as to include climate-induced displacement leads to deeper considerations of what prioritizes such risks over others, e.g. extreme poverty (McAdam, p. 13). Ultimately, the lack of political appetite shows that renegotiations on the scope of the refugee definition might even lead to a far a more limited one (McAdam, p. 16). In this sense, an expansion of the refugee definition is not the key to enhanced protection.

Does the Future Lie in Human Rights Law?

As neither the Refugee Convention, nor any other international treaty specifically addresses displacement linked to the impacts of climate change, protection – at the international level – stems mainly from human rights law (‘HRL’). Indeed, Teitiota verified that non-refoulement provisions under HRL require States to not send people back to countries, where climate change impacts expose them to life-threatening risks or cruel, inhuman or degrading treatment. Furthermore, under HRL, States bear positive obligations requiring them to take measures to prevent displacement and to relocate those adversely affected by climate change and related disasters.

Against this background, one may feel tempted to embrace Chetail’s view of HRL as the primary source of protection at least for those displaced in the context of climate change. Having been asked on the matter during the webinar, McAdam recalled that IHRL and the Refugee Convention ‘serve different and complementary purposes’ and stressed the significance of both branches of international law in the protection of refugees in general and of those, whose displacement is related to the impacts of climate change, in particular. Indeed, the extent to which we can say that international law protects those, who are forced to move in the context of disasters and climate change, depends on whether we want to see this as a glass half empty or as a glass half full. And it seems that a view of both branches of international law as complementary to one another provides a more solid ground to this end.

When Is It Time to Protect Climate Refugees?

The central issue regarding the legal protection of those displaced for reasons related to climate change pertains to the temporal scope of that protection. How far should we look into the future when considering such protection claims? Is it enough to know that a place will be uninhabitable in five or ten years? Is a more immediate risk required? Or is time necessarily an arbitrary criterion?

In search for a sensible threshold, the use of the established standards of proof in refugee and human rights law has been suggested. For granting international protection, Art. 1(A)(2) of the Refugee Convention requires that a refugee has a “well-founded fear of being persecuted” while HRL protects persons from deportation if there is a “real risk” of torture, inhuman or degrading treatment or an arbitrary deprivation of their life upon expulsion.

As explained above, persons displaced by climate change will have a hard time demonstrating that they meet the ‘well-founded fear’ standard under the Refugee Convention (McAdam, p. 708). Therefore, the prohibition of non-refoulementunder IHRL and the ‘real risk’ test developed in that context become even more important in this context.

International fora have consistently held that the ‘foreseeable consequences’ of a deportation are the appropriate temporal dimension for the ‘real risk’ assessment (e.g., Soering v. the United Kingdom, para. 90). If a ‘real risk’ is reasonably foreseeable, the individual would be protected by non-refoulement. This would also be in harmony with the ‘well-founded fear’ standard which has been interpreted as requiring “a reasonable possibility,” or a “real chance” (Hathaway, p. 113) of persecution. Both standards neither point to a concrete timeframe for a risk to realize nor a notion of imminence. The decisive criterion is whether there is any reasonable scenario in which individuals would face such risks that they should better be protected from refoulement.

Thus, those displaced by adverse effects of climate change have to demonstrate that they fled from a ‘real risk’ to their lives or inhuman or degrading circumstances. “The assessment of the intensity, severity, and nature of future harm, based on its foreseeability in light of the individual’s circumstances, is the crucial factor” (McAdam et al., p. 135).

In its views in Teitiota, the HRCtee noted for the purposes of admissibility that “the effects of climate change […] may expose individuals to a violation of their rights under articles 6 or 7 of the Covenant, thereby triggering the non-refoulement obligations of sending states.” (for commentary see here, here, and here)

However, in the merits part, the HRCtee held that a real risk to Mr. Teitiota’s right to life under article 6 of the ICCPR was not demonstrated, even though his home-country is likely to vanish within the next 10-15 years. In particular, the HRCtee argued that in 10-15 years states can mitigate the risks of climate change to a specific community. While the HRCtee did not say that only persons who face an imminent risk to their lives are covered by non-refoulement, Mr. Teitiota’s situation could not establish that he was facing a real risk to his life at the moment or at any point in the future because his home country was already addressing climate-related threats.

Still, in his dissenting opinion, Ambassador Laki argued that “the threshold should not be too high” or it would become “unreasonable”. He further elaborated that “[i]t would indeed be counterintuitive to the protection of life, to wait for deaths to be very frequent and considerable; in order to consider the threshold of risk as met.” The same sentiment was reflected in McAdam’s commentary (p. 719), where she concludes that “[…] an unsatisfying, but perhaps inevitable, limitation of the [HRCtee’s] decision is its failure to provide guidance as to where the tipping point lies.”

While the HRCtee made a “significant opening” by extending non-refoulement under ICCPR articles 6 and 7 to persons displaced by climate change, it still needs to clarify the temporal scope of this protection.

In the meantime, it is particularly important that states already dealing with the real life consequences of climate change protect their citizens’ human rights with the help of the international community. After all, the majority of persons displaced by climate change relocate within the same country. Policy makers should therefore not only focus on mitigating the risks of climate change, but also on implementing sensible long-term migration policies and planned relocation of particularly vulnerable communities.