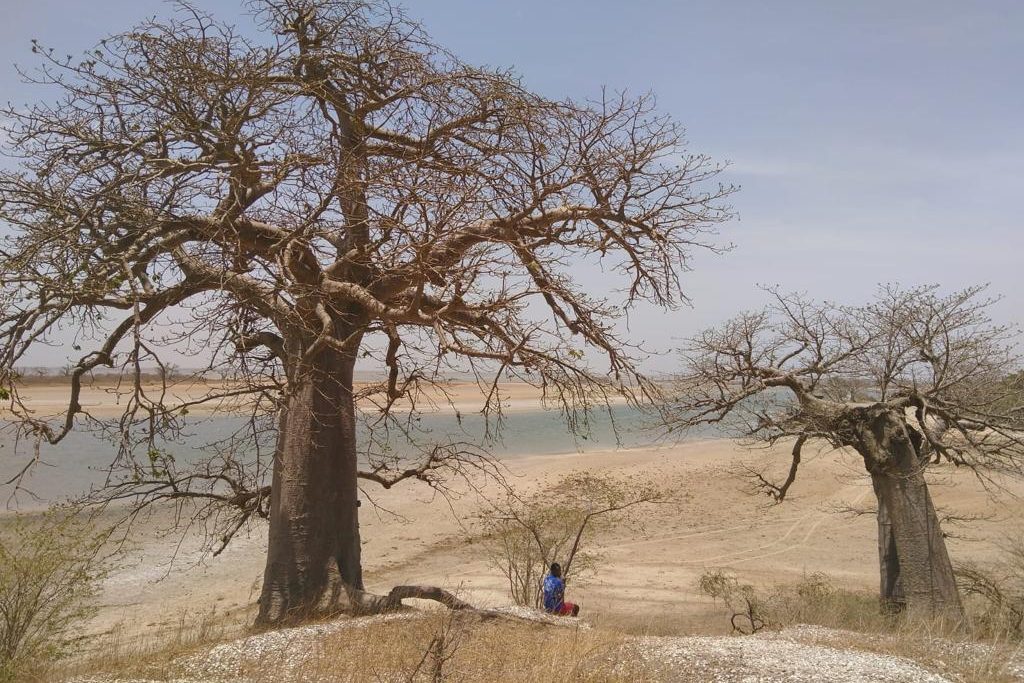 In a recent landmark decision concerning an Afghan national a German Higher Administrative Court declared a ban on deportation (non-refoulement) based on German immigration law in conjunction with international human rights. The court’s main argument was that the humanitarian conditions in Afghanistan have seriously deteriorated due to the COVID-19 pandemic. It thereby explicitly mentioned “environmental conditions, such as the climate and natural disasters” as relevant factors for determining the humanitarian conditions in Afghanistan (VGH Baden-Wuerttemberg, judgement of 17 December 2020 – A 11 S 2042/20 – para. 25).

What relevance does this decision have for the millions of persons displaced in the context of natural disasters and climate change-related harm? Much has been written about the lack of a legal framework to address persons displaced due to natural disasters and climate change-related harm. In this article I would like to focus on existing legal developments. International and national case law has provided some examples of how protection might be possible outside the scope of the Refugee Convention. In the 2020 decision Teitiota v New Zealand, the UN Human Rights Committee considered non-refoulement obligations to derive from Art. 6 of the International Covenant on Civil and Political Rights for a person from Kiribati claiming that climate change and sea level rise was threatening his life. Later that year, a French Court of Appeals overturned an expulsion order against a Bangladeshi citizen on the ground that his respiratory illness would exacerbate due to air pollution in his country of origin.

What is the situation in Germany? This blog post investigates the current degree of protection granted by German courts for persons displaced in the context of environmental disasters and climate change. What you will see in the following paragraphs is that German courts take the environment into account when examining a ban on deportation based on immigration law and international human rights. This is another argument that non-refoulement protection based on human rights is what we should pay special attention to when assessing protection for climate migrants.

In an ordinary asylum case brought before the administrative court, three forms of protection are examined: refugee status according to the Refugee Convention, subsidiary protection based on the European Qualification Directive and a ban on deportation based on German immigration law in conjunction with the European Convention on Human Right (ECHR). In Germany (as elsewhere), neither refugee nor subsidiary protection is currently granted to persons displaced due to natural disasters. As the German Federal Administrative Courtrecently confirmed with regards to the humanitarian situation in Somalia, subsidiary protection requires that a third party is responsible for the harm (which caused the applicant to flee) in a targeted manner; the harm cannot simply be the result of “general shortcomings” in the country of origin (para. 12), thereby referring to the decision of the Court of Justice of the European Union (CJEU) M’Bodj. Hence, harm caused by natural disasters generally fall outside the scope of these two forms of protection.

A ban on deportation under German law

This is where a ban on deportation becomes relevant. Section 60 of the German Residence Act regulates the bans on deportation. According to Section 60 (5) a foreigner may not be deported if deportation is inadmissible under the terms of the ECHR. This leads to a ban on deportation when a foreigner is threatened with “inhuman or degrading treatment or punishment” in her or his country of origin within the meaning of Art. 3 ECHR. Referring to the interpretation by the European Court of Human Rights (e.g. here, para. 174) and the CJEU (e.g. here, para. 68), the German Federal Administrative Court has stated in several key decisions in the past decade (e.g. here, para. 12) that humanitarian conditions may also give rise to a breach of Art. 3 ECHR. Furthermore, – and this is important for climate migrants – the non-refoulement obligation does not require a specific actor responsible for the harm. Rather, it is also applicable when the dire humanitarian conditions are attributable to poverty or to the state’s lack of resources to deal with a naturally occurring phenomenon.

However, there are heavy limits to the protection. Art. 3 ECHR is only breached in very exceptional cases where the humanitarian grounds against removal is “compelling”. In the recent Ibrahim (para. 89) and Jawo(para. 90) decisions, the CJEU focused on whether the person concerned was “irrespective of his wishes and his personal choices, in a situation of extreme material poverty that does not allow him to meet his most basic needs, such as, inter alia, food, personal hygiene and a place to live, and that undermines his physical or mental health or puts him in a state of degradation incompatible with human dignity.”

Assessing a ban on deportation in practice

The courts’ recognition of “inhuman or degrading treatment” depends on context and evidence. German administrative courts operate under the inquisitorial system. They must gather objective, reliable and updated information regarding the country of origin, as the German Constitutional Court just recently reiterated with regard to Afghanistan. The courts analyze the social and economic conditions in the country of origin as well as the applicant’s individual situation. In a cumulative assessment, all circumstances are weighed and their respective importance evaluated. With this cumulative assessment the German court decisions consider the multi-causal nature of displacement.

Accordingly, the Higher Administrative Court of Baden-Wuerttemberg considered in the mentioned decision the following relevant factors for determining the humanitarian conditions in Afghanistan under Art. 3 ECHR: the general economic situation, the food, housing and health care situation, the volatile security situation, the recent COVID-19 situation, as well as the environmental conditions (para. 25). In the decision the court elaborated these factors in depth and engaged with recent reports by national authorities, international and non-governmental organizations – showing that establishing evidence in a timely manner is of great importance.

When analyzing whether the deportation would lead to inhuman or degrading treatment due to the humanitarian situation in the country of origin, a significant number of German court decisions have alluded to natural disasters. In some cases – regarding Ethiopia, Mali and Togo – the courts mentioned natural disasters only briefly, concluding that the overall humanitarian situation was clearly not grave enough. In several decisions regarding Afghanistan, Iraq and Somalia, German courts analyzed the effects of natural disasters in a detailed manner. Droughts were prevalent in these countries, which led to drastic food and water shortages (For a detailed discussion of the cases see Camilla Schloss, The Role of Environmental Disasters in Asylum Cases: Do German Courts Take Disasters into Account?, in Simon Behrman und Avidan Kent (eds), Climate Refugees: Global, Local, and Critical Approaches [CUP forthcoming]). For example, the mentioned decision by the Higher Administrative Court of Baden-Wuerttemberg acknowledged that the poor food, housing and health care situation was negatively influenced by the prevailing environmental conditions, in particular, the difficult climate conditions and natural disasters. Citing a report of the European Asylum Support Office, the court mentioned that of the around 4.2 million internally displaced people in Afghanistan in 2019 around 1.2 million had fled because of natural disasters, especially drought and floods. With reference to reports of OCHA, UNDP and KAS, the courts also pointed to the fact that more than a third of the population was severely affected by food insecurity in spring 2020; already during the drought periods of 2017 and 2018 there were drastic food crises, which worsened with the COVID-19 pandemic (para. 60, 68).

All the decisions emphasize the restrictive application of Art. 3 ECHR in only “very exceptional” circumstances when the harm is caused by a humanitarian crisis of an entirely “natural” origin. While German courts seem to be hesitant to grant blanket protection for all returnees to a country, there are examples where a ban on deportation was granted on an individual basis. In these cases, the individual was especially vulnerable, i.e. because she or he was in poor health or had children to care for. The individual’s vulnerability was the tipping point. The mentioned decision by the Higher Administrative Court of Baden-Wuerttemberg goes a step further: The overall assessment of the humanitarian situation led – especially due to the COVID-19 pandemic – to a non-refoulement obligation even for a healthy male applicant (with no family network).

While in these German cases environmental factors are not regarded as the determining element on their own, they seem to support requests for a ban on deportation on the basis of Art. 3 ECHR. The cases are examples of how protection for people displaced in the context of natural disasters and climate change might be possible outside the scope of the Refugee Convention. They may lay the foundation for future cases in which the impact of climate change may provide grounds for people to stay – based on international human rights non-refoulement.

The author would like to give special thanks to Kirsten Leube and Britta Schiebel for their helpful comments during the writing process. 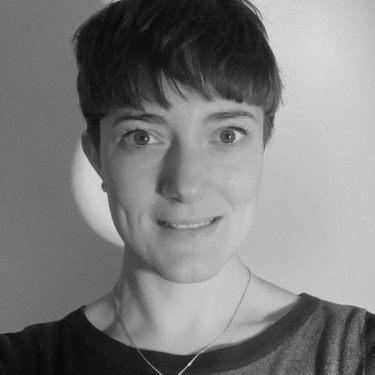 Camilla Schloss is a judge at the Administrative Court of Berlin where she decides mainly on asylum and immigration cases. She previously worked for the World Bank and holds a Master’s degree in International Development from SciencesPo Paris and an LLM from Georgetown University.