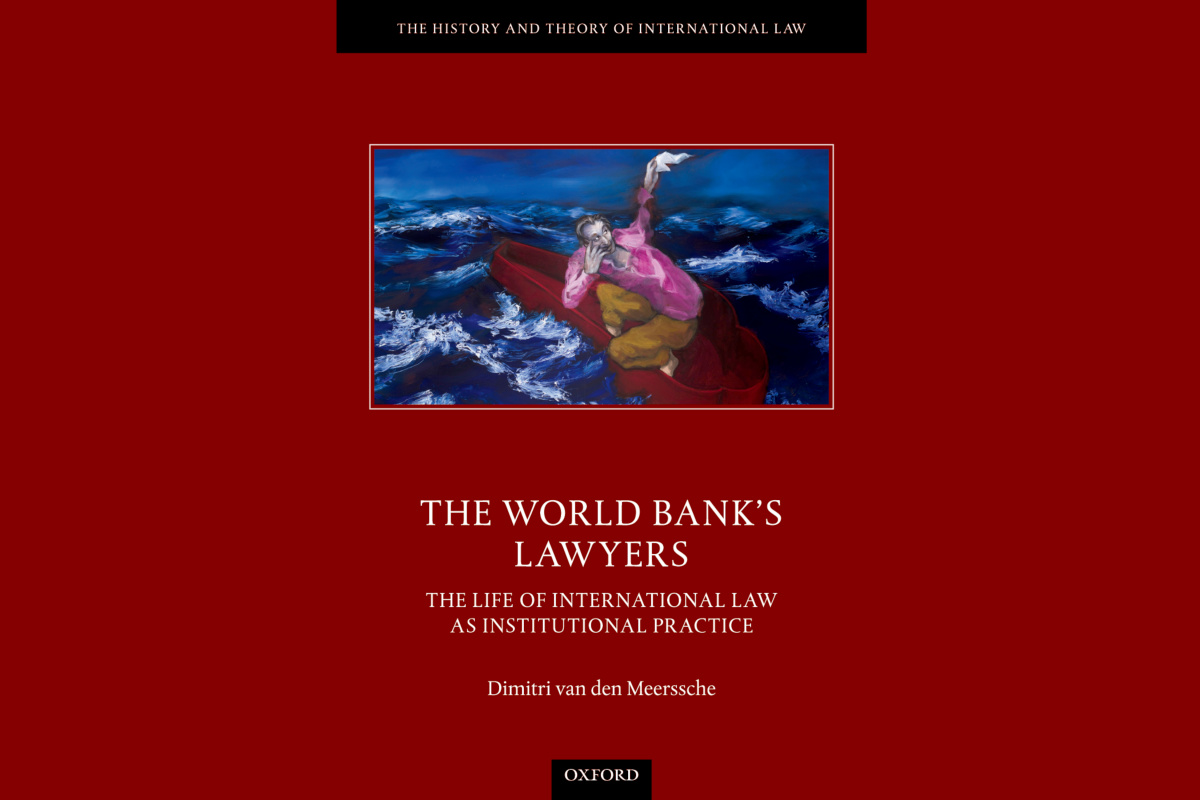 Cadre Stratum and the Latourian Line of Sight

In his ethnographic book on the World Bank, Goldman describes the bank as “a fickle place to experience and comprehend. Mental maps mislead, directional signs baffle, and paths through it confuse and confound” (p. 10). The bank’s kaleidoscopic visions of state-society relations over the decades, accompanied with the partial freedom of its experts in producing their own ‘economic’ knowledge, are good enough reasons to always ask ‘which World Bank?’, ‘whose World Bank?’.  The World Bank’s Lawyers: The Life of International Law as Institutional Practice offers illuminating insights into the legal life of the bank as led by four consecutive legal counsels from the early 1980s through 2016, their converging and diverging ways of lawyering in the face of crises, changing ideologies, and opposing visions.

In its position as ‘the world’s most powerful international institution’, the Bank has not only shaped the history of both industrialized and developing worlds through its unprecedented lending programmes, but the authoritative knowledge it has produced over the decades has left a prominent mark on what counts as the ‘ideal’ state, market and society. For the same reason, the bank’s changing ‘agenda’ in the mid-80s, from poverty reduction to neoliberal market fundamentalism, transformed not only its broader output but also the limits of ‘accepted legal strategy’. And this is the core point I will be making in this review; that it is only through the dialectic of micro and macro critique that one can understand the co-constitutive relations between the internal working of the bank and the multiple lives of global capitalism. In other words, the micro critique underpinning the book obstructs the sight of structural transformations in state/society complexes in the industrialized world and the ways in which it shaped the bank’s Legal Vice Presidency.

The World Bank’s Lawyers can be seen, at least in some respect, as part of the broader literature produced on world institutions and expert craft in the tradition of what Bianchi calls ‘the Helsinki School’, and that is ‘giv[ing] meaning to the practice of international law’, ‘skepticism about [liberalism’s] universal values’ and deconstruction of legal practice as a  ‘bricolage’, “the combination of materials lying around to persuade those whose opinions and words count”, to borrow from Koskenniemi himself.  Departing from previous textual-biographical works, the book makes innovative calls for a more dynamics and spatial deconstruction of lawyers’ worldmaking practices. The structuring of the book is also part of its methodological contribution to international law and beyond.  The tripartite structure of the book with one theoretical part and three historical accounts, also used by Sinclair in To Reform the World and by myself in my doctoral thesis*, allows the author to construct three contingent histories through a certain positionality without offering a mega narrative or tell-all theory.

The three historical episodes in World Bank’s Lawyers, with Ibrahim Shihata, Roberto Dañino, and Anne-Marie Léroy as the main characters (and her predecessor, Ana Palacio who took up the role for three years from 2006 to 2009), materialize within the bank’s ‘neoliberal turn’ of the 80s and 90s. Famously, the bank believed in ‘getting the prices right’ since its creation decades earlier. Yet the developments of the 80s and 90s, as led Alden W. Clausen and Barber Conable and pursued by six other presidents, were unique in institutionalizing a new vision of hyper-individualism and state-society relations. Davies convincingly explains, “neoliberalism [suggests] you can be anyone you wish to be, but a) you will have to pay for it (possibly over many years through debt repayments) and b) you will be tested against competitors. These two things are guaranteed, by legislation if necessary”. The extension of this judicialized form of capitalism, by the International Monetary Fund and the World Bank, from the capitalist core to the periphery, became the final episode of the developing world’s demands for an alternative global economic order. It also paved the way to what Cox described as the North “generating its own internal South” and the South forming “a thin layer of society that is fully integrated into the economic North” (p.108).

The book starts with Shihata and his ‘liberal legalism’, where vocabularies and logic, for defining the relations between the muti-billion-dollar bank and the developing and least developed countries, are selected from ‘public international law’, an episteme demarcated by ‘the rights of the sovereign’ and ‘powers theories’ in international institutional law. This is followed by Dañino and his ‘cosmopolitan enthusiasm’ leading a structural shift from classic public international law (and the ‘political prohibition’ clause) towards a liberal human rights agenda and the ‘changing law of sovereignty’ which allowed the bank to condition its loans to changing production relations in the lending countries. Taking over the throne in 2009, Leroy gave life to a new version of managerialism that centered on firm-style ‘risk assessment’, ‘persuasion, rationalization, and cultivation’ (p. 209). Needless to say, in an organization as powerful and as undemocratic as the World Bank, the shift from public international law to corporatist risk assessment bears fundamental material implications for the world beyond the bank’s headquarters, which was ironically built in 1941 for the US Surgeon General and was later occupied by the State Department before being assigned to the bank in June 1946.

‘There’s No God’s Eye View’: Floating ‘Actants’ and the Ant’s Line of Sight

The Latourian ‘post-post structuralism’ is rich in methods of linguistic, social and material deconstruction**, and this is, indeed, one of the principal contributions of The World Bank’s Lawyers; the book offers a wealth of notions and methods for micro-critique and walks us through the empirical paths of deconstructing the ‘social grammar’. Van Den Meerssche’s meaningful engagement with notions and perspectives of the Actor Network Theory (ANT) -seeing what we have always seen with new eyes and by following the “shifting networks of interconnected beings”  – will leave a lasting impact on how we understand international institutions in and beyond international law. Yet, ANT does not fully tackle the limitations associated with post-structuralism and its rejection of macro critique. This not only risks eroding ‘theory’, as we know it, but one can also argue that a nuanced mapping of the ‘social grammar’ involves engaging with larger frameworks of actions. What do I mean by that?

While building upon materialist notions of the capitalist mode of production (and liberalism as its political underpinning), the book is intent on not providing a macro critique nor an ideology about international civil service or international institutions. Van Den Meersschee’s account has, of course, critical political economy undertones. It is attentive to the rising managerialism instrumental to mainstreaming disciplinary neoliberalism and reflects the class antagonism created by the bank’s creeping interventions. Yet, he makes sure to note that the ‘rule of law’ in the bank of the 1980s through the 2010s was simply “an empty vessel that passively carries the Bank’s ‘structural bias’— its ‘deep’ postcolonial, neoliberal, or managerial ‘structure’— from place to place” (p. 79). Rejecting the science of historical development, the interpretive approach questions the ‘material conflict’ as a method of critique. Post-critique conceptualizes actants-both ‘law’ and ‘lawyer’- as indefinitely floating between possibilities and visions of worldmaking. In Van Den Meerssche’s account, the changing face of ‘law’ is not necessarily connected to any broader material infrastructure but is contingent upon ‘actants’ and the ‘meaning’ and ‘being’ co-constituting each other through “translation, substitution, delegation, passing”, as Latour explains. Such a position also explains the book’s distinction between ‘public international law as an authoritative language’ and ‘much more unruly expert practices’ (p. 27).

‘Farewell to the Working Class’: Cadre, Capitalism and ‘Functional Mediation’

My materialist challenge of the book’s Latourian inclinations is a familiar one. What Van Den Meerssche sees as ‘turn to risk management’, something outside the realm of ‘public international law’, I and many Marxist-Gramscian observers of global governance view as a succession of the pre-70s embedded liberalism by ‘a disciplinary neoliberalism’ necessitating a mutation (and not annihilation of) ‘public international law’. From this perspective, the bank’s legal counsels and their visions of rule of law are not floating actants constituting and being reconstituted by network relations. They are ‘cadre stratum’ exercising ‘functionalist mediation’ in an order undergoing an intensifying commodification, temporally and spatially, and under the structural power of administrative and judicial apparatuses of the capitalist core.

The idea is not to brand Shihata, Dañino, Palacio and Léroy as passive agents of an emerging order outside the bank, but instead to ask how the ‘turns’ in their lawyering was a response to the rising corporate liberalism outside the bank. The era illustrated by World Bank’s Lawyers was, indeed, a period of enhanced ‘productive and destructive potentials’ of market actors and the tendential hauling of humans and nature into market relations. The continuity of such production relations requires Socialization (Vergesellschaftung) or the planning of ‘an interdependent, global social system’. The principal role in Socialization project of the neoliberalism was indeed played by the managerial class in and beyond international institutions. Tracing the ‘mass emergence’ of the cadre stratum in the third quarter of the 20th century, Van der Pijl brilliantly explains,

“just as capital has to continually renew its hold on the working class by deepening its control of the labour process, so it continually faces the task to discipline the cadres it relies on to realise this control in the innumerable concrete situations created by advanced socialization” (p.9).

Again, the idea is not to advance an overarching narrative about law and lawyerly craft as serving the interests of the capital. The history of the bank and other institutions of the same era is filled with technocratic crafts envisioning alternative modes of production. My point is that inward-looking accounts of networks of actants in international institutions leaves a lot to be explored about the ways in which these institutions engage with the existing configuration of global production relations. Van Den Meerssche’s account of the plural lives of ‘rule of law’ in Shihata, Dañino and Leroy’s eras can be seen in a totally different light once one probes into the dialectics of the world making visions of the bank’s lawyers and the real historical conditions of each era. For example, the bank’s overarching strategy in the last quarter of the 20th century was largely shaped by the vision of the US administrations and the Wall Street for the post-communist world. One can ask how the ideas travel from outside into the bank’s Legal Vice Presidency and the ‘Rule of Law’ as its output.  Along the same lines, the neoliberal critiques of international law learn from Van Den Meerssche’s masterful navigation of “ever-shifting bricolages of discourse and authority” in international law (p. 276).

* In my doctoral thesis, I take a Marxist-Gramscian approach to explore the parallel histories of three international organizations (International Telecommunications Union, Inter-Governmental Maritime Consultative Organization, and International Tropical Timber Organization) in the post-1945 order and the ways in which they globalized capitalist mode of production in their respective areas.

** What I have in mind by ‘post-post-structuralist’ is Latour’s departure from post-structuralist linguistic turn in Weberian and Derridan thoughts and engaging with the multifaceted materiality of social life. 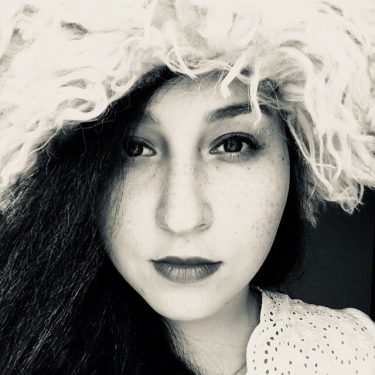 Negar Mansouri is a PhD candidate in international law at the Graduate Institute of International and Development Studies.