The Committee on Enforced Disappearances

How to reconcile procedural timelines with the urgency of enforced disappearance?

With the ratification of the 2006 International Convention for the Protection of All Persons from Enforced Disappearance (ICPPED), States officially confirm their commitment to fight against enforced disappearances and to prevent their occurrence in compliance with the principles of the Convention. From then on, different spaces of discussion, interaction, monitoring, and advice are available to enable the Committee to monitor the implementation of the Convention by the State party. This monitoring involves providing guidance to State parties and supporting victims in their claim for the rights enshrined in the Convention, including for the search for the disappeared, and for their access to truth, justice and reparation.

The monitoring and guiding functions of the Committee are carried out through the procedures established in articles 29 to 33 ICPPED: examination of States parties’ reports, the Urgent Action procedure, individual complaints, interstate communications, visits of a Committee’s delegation to a State party, referral of a State situation to the General Assembly, and Annual Reports to the General Assembly. The Committee’s Rules of procedure further specify basic steps of each of the procedures. While State parties tacitly subscribe to most of these procedures by ratifying the Convention, the individual and inter-state communications procedures (articles 31 and 32 ICPPED respectively) require that States parties separately and expressly recognize the Committee’s competence to receive such complaints through a declaration.

This blogpost aims at shedding light on the procedures that the Committee has used the most as of today, to explain how this Treaty Body carries out its work, and how the procedural timelines can be reconciled with the urgency that is inherent to all cases of enforced disappearance.

Review of State reports before the Committee

In the context of the examination of reports (article 29 ICPPED), the State party has the opportunity to present to the Committee the actions it has taken to implement the Convention. The report of the State is analysed by the Committee, while also taking into account the position expressed by other actors such as victims, civil society organisations, national human rights institutions and UN agencies and field presences in what is usually referred to as “alternative reports”. The State and the Committee then have an interactive dialogue, in which the Committee asks the representatives of the State to clarify some points, and where they can, together, identify issues on which additional action is required to ensure that the principles of the Convention are respected for all, by all States authorities. On the basis of this comprehensive information, the Committee adopts so-called “Concluding observations”, which contain recommendations to the State party as to the actions they should take to comply with the Convention.

At all the stages of the procedure, the procedural rules aim at ensuring neutrality, transparency and equality of arms between all parties involved. This implies that the State, civil society actors and national human rights institutions have the possibility to expose their view and to be heard by the Committee. This obviously requires time, but is necessary to enable all stakeholders to gather and submit the relevant information. These time requirements have to be looked at in light of the objective of the referred procedure: the reviews of States parties’ reports mainly focus on structural and systemic issues that affect the compliance with the Convention. The process to make the required changes at national level is usually followed by a pre-established procedure that includes discussions between different institutions and actors. This necessarily takes time.

When individual cases are at stake, by contrast, urgency is of essence. Every day that passes since the disappearance puts the victim at further risk of being subjected to mistreatment, such as torture, or even death. With this in mind, the drafters of the Convention have included options for the Committee to intervene quickly, through the procedures of Urgent Actions, individual complaints and reprisals.

The procedure of “Urgent Actions“ (article 30 ICCPED) is unique to the ICCPED. It gives the Committee the mandate to request a State party to take all necessary measures, including interim measures, to immediately seek and locate a disappeared person. Such request can be submitted as a matter of urgency by any person having a legitimate interest, such as the relatives of the disappeared person or their legal representatives. Contrary to other procedures dealing with individual cases, there is no prior requirement to exhaust domestic remedies to request an urgent action. The case must nevertheless have been reported to at least one of the competent bodies of the State party concerned, where such a possibility exists, and it must not be pending before another procedure of international investigation or settlement (such as the UN Working Group on Enforced and Involuntary Disappearances, WGEID). Urgent Actions are registered throughout the year by the Committee, within 24 to 48 hours after the receipt of the Urgent Action request.

Once the Urgent Action is registered, the procedure develops through an intensive and tailored dialogue of the Committee with both, the author(s) of the request and the State concerned. First, the Committee sends a note to the State party with a description of the alleged facts – without disclosing the identity of the source – and specific recommendations. These recommendations relate to the measures that States authorities should take to search for the disappeared person and investigate his or her disappearance. They also refer to the situation of the victims concerned, including on the participation of family members and representatives in the search and investigation procedures. In addition, the Committee requests the State party to inform the Committee about the actions taken in that regard within a deadline of two weeks (for recent disappearances) or one month (for those that are older than a year). Upon receipt of the State’s observations, the Committee shares them with the authors of the Urgent Action request, for comments. Taking into account these comments, the Committee addresses specific follow-up recommendations to the State and requests the competent authorities to inform it about what has been done. If a State does not reply, the Committee sends reminders to the Permanent Mission concerned. The relevance of this procedure is reflected by the figures: as of 4 December 2020, the Committee had registered close to 1000 Urgent Actions (against 5 in 2013), and a significant number of them have given rise to the adoption of interim measures of protection to prevent harm or reprisals against family members or representatives, or to preserve evidence.

Interim measures are an important tool to address urgent requests for protection, in the context of both the urgent actions (article 30-3 ICPPED) and the individual complaints procedure (article 31-4 ICPPED). To trigger this procedure, the author of the allegations must submit a request to the Committee to adopt interim measures, for example to prevent irreparable harm to the victims or representatives such as death or torture, or the destruction of pieces of evidence. Such request will be addressed upon receipt by the Secretariat of the Committee, together with the Committee’s Working Group on Urgent Actions or by the rapporteur on individual complaints or reprisals. In the context of the individual complaints procedure, for example, the Committee adopted interim measures requesting that a State party suspend the deportation of the complainant to a country where he would face a risk of being subjected to enforced disappearance while the communication was pending review by the Committee (see CED 2020E.L.A. v. France).

When the Committee receives information that a person has been subjected to acts of intimidation or reprisals for seeking to cooperate, cooperating, or having cooperated with the Committee, it analyses these allegations immediately. Doing so, it assesses whether the submitted information is reliable, that is to say whether it appears that the individual concerned has been victim of, or is at risk of, acts of intimidation or reprisal for cooperating with the Committee. If so, the Rapporteur of the Committee on reprisals will adopt protection measures in favor of the alleged victim. These measures will be determined on a case-by-case basis, duly adhering to the “do no harm” principle, and in close consultation with the individuals concerned or their representatives.

Potential of the Committee

Often UN Committees and other human rights mechanisms are perceived as bodies with lengthy procedures that do not have the capacity to intervene swiftly when needed. However, the experience of the Committee on Enforced Disappearances in its first decade of existence proves that such perception is not correct. Mechanisms are indeed in place that enable the Committee to act quickly in order to make cases visible and to request States authorities to take action. The intervention has sometimes triggered immediate changes and achieved impact on the ground. It is noteworthy that through the work of the Committee, 89 disappeared persons have been located so far, and protection measures have been issued in favor of hundreds of family members.

However, such procedures can only be relevant and efficient if certain conditions are fulfilled. Victims and human rights actors must be aware of existing options and must be supported to make appropriate use of them; the Committee must be provided with the Secretariat support it requires to perform its functions in a timely manner; and States parties have to cooperate in good faith. Finally, States that have not yet ratified the Convention should do so as soon as possible, bearing in mind that no State is immune from the risk and corrosive effects of enforced disappearance. This heinous crime casts its shadow across and beyond borders, affecting the international community as a whole.

Let’s join forces for its eradication.

Views expressed in this contribution are not representing the institution or organisation that the authors may be associated with.

Albane Prophette-Pallasco is the Secretary of the Committee on Enforced Disappearances (CED), responsible for the coordination of the work of the Committee within the Office of the High Commissioner for Human Rights (OHCHR). Previously, she was in charge of the treatment of individual complaints and Urgent Actions submitted to the CED, and she worked for 14 years in various countries of Latin America, Africa and the Pacific. Throughout her work experience, she had the occasion to address the issue of enforced disappearances in the context of technical cooperation and institutional strengthening projects, research, and accompaniment to victims’ organisations. 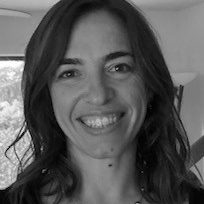 Anna Batalla Trilla is currently the Secretary a.i. for individual complaints and urgent actions to the UN Committee on Enforced Disappearances (CED) and the UN Committee on the Rights of the Child (CRC). She has over 15 years of experience with the Office of the High Commissioner for Human Rights (OHCHR), including in Geneva and in the field, in particular in the regional office for South America.