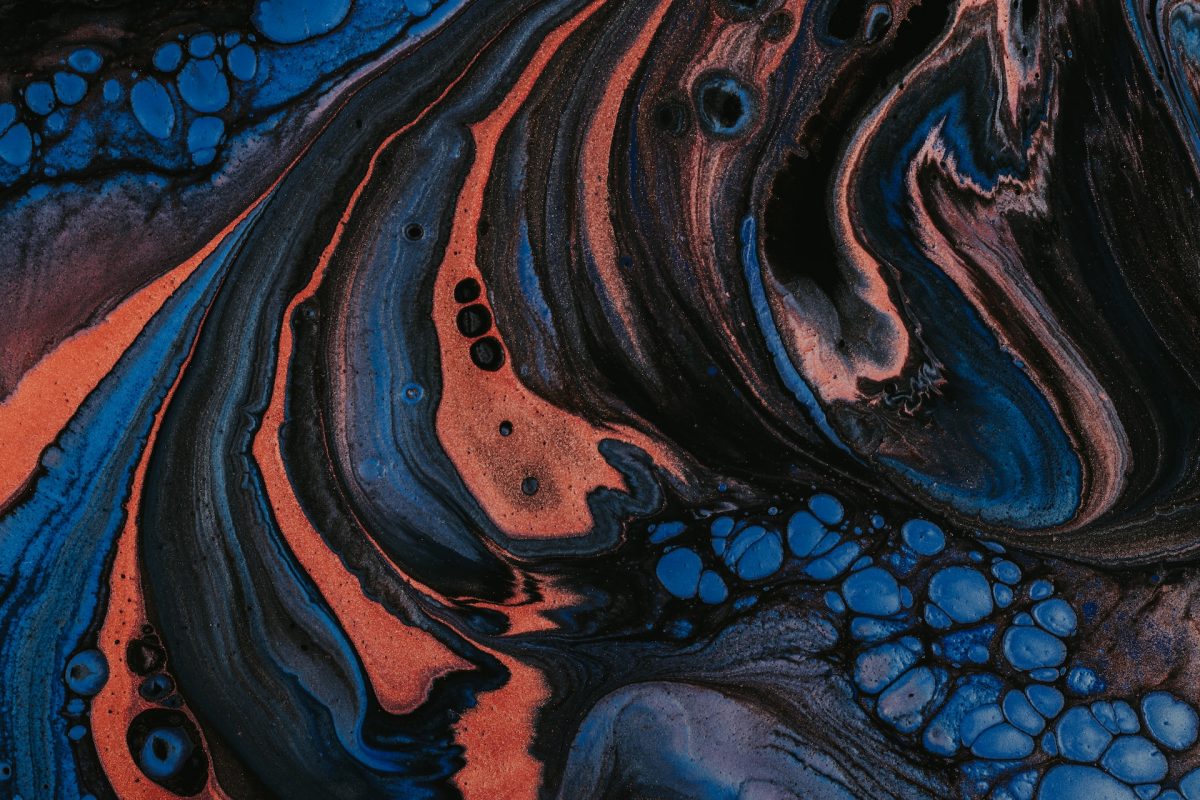 Photo by Pawel Czerwinski on Unsplash.

Reflections on Learning under Sands’ Tutelage

Since 1923, scores of doctoral students, diplomats and international legal professionals from different nationalities have attended the Academy’s Courses. This has also included artists who attended, according to Judge Hilary Charlesworth, her course titled “Art of International Law: How Visuals Challenge the Colonial and Patriarchal Histories of International Law”. In Hague, alums have had the opportunity to stand on the shoulders of giants in public and private international law. As a sum of their learnings, alums have returned to teach at the Academy. Indicatively, the great-dissenter, Professor Andreas Zimmerman, delivered this summer a special course on the 70 years after drafting the 1951 Refugee Convention. He covered the entire mass of the Convention’s challenges and future developments.

After being dispensed, the courses are subsequently published in the Collected Courses book series, of which there are over 410 volumes, ranking among the essential encyclopedic publications dedicated to public and private international law. In this post, I report on Phillipe Sands’ lecture and how it impressed me during my stay at the Hague Academy. From my viewpoint, ‘Prince’ Phillipe’s “Colonialism: A Short History of International Law in Five Acts” was one of the finest lectures the Hague Academy of International Law has witnessed. Why do I write ‘Prince’? Perhaps because of his articulate command of the language, which impregnates imagination like Machiavelli. Sands brazenly opposed colonial operations as the winds of change blew. “These lessons of history must be taught…they must know”, he told me. Colonial history was distorted and spun to create an alternate reading that satisfies bygone biases while transforming imagination. Consider Koskenniemi, who asks and encapsulates: “Why is it, for example, that while abolition is often read into the history of international law, the complex transactions that constitute slavery are not?”.

After the World Wars, new international rules ushered in human rights and self-determination. British colonialism entered its twilight, and the sun finally set on the Empire. Nonetheless, Sands’ lectures showed the continued horrors of a colonial power’s efforts to maintain control and domination over her last African colony. In the Academy’s Halls, we study a courtroom drama and emotional journey that concludes at the World Court with a momentous judgment by fourteen international judges. The Chagossians and colonialism reached The Hague in 2018.

As Sands spoke, we stared at the vibrant illustrations by the cartoonist Martin Rowson. He sketched, graphically, a small woman in black gradually advancing towards the Great Hall of Justice in The Hague. A passionate and vivid story unfurls in front of us and sends a shiver down our spine as we are allured to the Prince’s charm. He accomplishes this through his exploration of postwar human rights studies, which has, for instance, led him to be a critical voice in inquiries into the questionable legal justification for the invasion of Iraq. In his version of history, British history dates to the 1945 Yalta Conference, when the foundations of the New World Order and the terms of the Cold War were laid. One recollects from his lectures, that Churchill’s words to Roosevelt and Stalin ring down the decades to our present moment: “I will have no suggestion that the British empire is to be put in the dock and examined by everybody to see if it is up to their standard.” The Prime Minister said, “Never, Never, Never… Every scrap of territory over which the British flag flies is immune”. Sands makes a case against successive British foreign ministers, such as Boris Johnson, Jeremy Hunt, and Liz Truss. They have done everything in their power to try to make the Chagossians’ case go away and refuse to accept that the last thorns of the Empire should be subject to international justice. His argument is forensically sound and laced with human empathy.

Sands has consistently integrated his most impressive legal practice with participation in public activities. He experienced their unbreakable bond while studying at Cambridge and Harvard. He shared: “Sir Robert Jennings introduced me to international law at Cambridge. Ian Brownlie encouraged me. The dearly departed James Crawford launched me by trusting me when I was at my lowest”. As a sum of his learnings, he tells us: “Politics is the law and vice versa”. This observation also encapsulates Sands’ course at the Academy. Is the law then, as was once proclaimed by a Permanent Court of International Justice member and later Chief Justice of the US, Judge Charles Evans Hughes, the intelligence of a future day?

Sands’ resilience and appetite are remarkable simply because of his ability to balance academic responsibilities, obligations at the English and International Bar, and writings for both. Dare I add, he reads voraciously. East West Street exonerates a startling change, fusing his quest to learn what happened to his own family. The central tenant of the book is embedded in the study of bright legal philosophers whose lives provide further threads for Sands’ intricate narrative. Hersch Lauterpacht, an international law professor and human rights campaigner in the 1920s and 1930s, grew up in Lwów, not far from Sands’ own Buchholz family. This is the East-West Street referred to in his title.

Raphael Lemkin, like Lauterpacht, attended the legal school in Lwów. Before circumstances compelled him to move to the United States, he was a prominent Polish prosecutor. It was his reasoning and pressure on the American legal team that brought the crime of genocide — crimes against a race or group based on their identity — into play at Nuremberg and led to its adoption by the United Nations General Assembly in 1948. Lauterpacht and Lemkin are etched in the minds of humanity. Their ideas have continued to reverberate. However, Sands is troubled by the West Street’s intellectual paradox. He was already aware of this. Nonetheless, East West Street is an outstanding autobiography. It also emphasizes that Jewish lawyers with direct persecution experience established the groundwork for international human rights law.

To observe Sands’ remarkable tonal effect is spellbinding. It dictates the narrative and shifts the discourse of public international law to a broader and broad public. And Sands has enshrined this thought. It has found resonance in his description of his Chair as ‘Professor of the Public Understanding of Law’. I recently noticed this description at the London conference (Day 1, Panel 5). But the critical thesis of his initiatives is to compel one to reflect on humanity’s most vile moments. As one draws from the words of Sands, “lessons from Nuremberg must never be forgotten” because at Nuremberg, we saw the lowest of humanity. However, as the years pass, memories fade. In the face of amnesia, we forget that the cruel barbarians are not behind us but underneath us. Therefore, we must always be vigilant. In the aspiration of human rights, we see the highest. Every generation must consciously understand what happened in those dark times to renew and strengthen its commitment to fundamental human rights. However, in more abstract terms, one feels invited to an atmosphere. A feeling, a mood that makes you temporarily forget. Sands’ rhetoric is a remarkable piece of art; analogous to a string quartet in which one witnesses an epoch, our current epoch. These meanings resonate against each other, just like the instruments resonate with each other.

Sands is most interested in the sound of that resonance. Sands is incisive and guides the listener through the narrative. There is no absence in Sands’ narration. Clarity and consistency, parallelly, searching for that resonance. The record grapples with significance. His words play through the prism of memory like an undulating memory. Again, Sands is less interested in each wave. Instead, he is interested in the ocean that brings them forth. He is interested in the mind as a phenomenon and in why it forgets so much and hollows out. In sudden moments of epiphany and vision, the narrative finds its full expression in the final chorus as an expression. This is created, and the memories it evokes hit hard. That is because the truth is that memories are a mood. The mind is made of language. It is not always or even usually lucid language. It is primarily a vast reservoir of gibberish. Here and there. A concrete image leaps to the front. A moment. Seemingly at random. Maybe it happened, maybe not. As was once proclaimed to me by guru Gopal Subramanium, “once put in memory, it commits you to the nuance”. Therefore, if you act on memory, you commit yourself to echoes, which are not based on what occurs across life. Yet, all you have is a fragment of time. 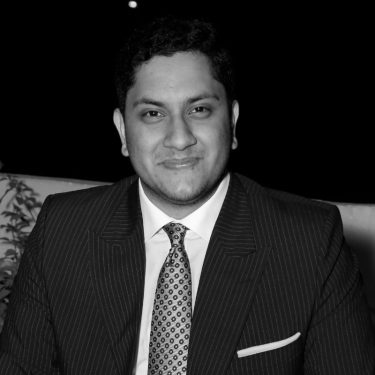 Ankit Malhotra is reading Law at O.P. Jindal Global University and has a B.A. Degree in International Affairs. Ankit is currently serving as a Research Assistant to Chambers of Gopal Subramanium, former Solicitor General of India, and Senior Advocate. As the youngest student participant, Ankit has presented a paper entitled Role of International Organizations, State Responsibility and the Case of China at the 49th Annual Conference of the Indian Society of International Law in 2020.