The vicious cycle of impunity

Despite being a country where disappearances have been committed for decades, El Salvador’s approach towards the search for disappeared persons and prosecution of these crimes remains under-explored by the international community. In the absence of effective responses from State institutions, the credit for most important advances regarding the search for the disappeared goes to their relatives, civil society organizations and more recently created search commissions. As for the steps taken with regards to criminal justice, these have been few and indeed very modest. In fact, most disappearances have still not been investigated and thus remain unpunished. This blogpost offers an analysis of the consequences of this “climate of impunity” and the psychosocial implications for the relatives of the disappeared.

During the Salvadoran civil war, which lasted over a decade (1980-1992), disappearances were committed on a systematic and massive scale. It is estimated that between five to ten thousand persons were disappeared during that period. Since the Peace Agreement in 1992 and especially in the past few years, the context in which disappearances are perpetrated has changed significantly. The logic behind them and the framework in which they occur are not clear, and often the perpetrators have no link with the State.

The majority of disappearances committed during the civil war were carried out with the direct or indirect involvement of official authorities and would thus qualify as acts of “enforced disappearances” within the definition of article 2 of the 2006 International Convention for the Protection of All Persons from Enforced Disappearance (ICPPED). In some cases, however, disappearances perpetrated during that period fall within the meaning of Article 3 ICPPED, since they were committed by non-State actors. Today, by contrast, more disappearances occur because of or in relation to the crimes committed by non-State actors, in particular criminal gangs MS-13 and Barrio 18. Nevertheless, governmental military forces are also sometimes involved in perpetration of these crimes. Thus, the most accurate definition of “disappeared persons” in the context of El Salvador would be the one adopted in the 2019 UN Guiding Principles for the Search for Disappeared Persons, namely disappearances within the meaning of Articles 2 and 3 ICPPED.

There are several reasons why the situation of disappearances in El Salvador is under-explored. This is first due to the fact that this State has not taken any serious steps towards the ratification of the 1994 Inter-American Convention on Forced Disappearances of Persons (Inter-American Convention) or the ICPPED. At least to a certain extent, joining these two conventions would facilitate access to information on domestic advances with regard to past and present disappearances. A second reason why the question of disappearances in El Salvador has received less attention is the low social pressure exerted by the families of the disappeared compared to some other States in the region, which is linked to the historical social and political context in the country. Thirdly, the almost non-existent prosecutorial and judicial responses to disappearances have made those cases almost invisible to the eyes of the international community.

In spite of the fact that some important advances concerning the search of the disappeared and the reparation for the families have taken place in El Salvador, the crimes of the past have remained unpunished. This has been criticized widely and ending impunity has been considered essential to prevent future disappearances. Until quite recently, the main legal obstacle for investigations into the crimes committed during the civil war, including those that qualify as disappearances, was the Amnesty Law of 1993. When the latter was declared unconstitutional in 2016, the expectations that justice for past violations could and would be imposed rose high. These hopes were dashed when a new draft of a de facto amnesty law was introduced in 2019. Fortunately, strong resistance by victims and civil society together with pressure exerted by the international community prevented its adoption.

Since the abrogation of the Amnesty Law in 2016, many claims relating to crimes committed during the civil war have been filed with the domestic investigative authorities. However, almost no progress has been made regarding the investigation of such claims. Given the State’s failure to investigate, prosecute and convict those responsible for these past crimes, and the fact that the more recent violence is rarely investigated and prosecuted, El Salvador has been referred to as having a “culture of impunity”.

The reasons for this persisting impunity for crimes related to the civil war are varied. The most obvious is the aforementioned Amnesty Law, which blocked prosecutions until 2016. Another plausible cause is the deeply rooted legacy of fear in El Salvador. Until today, many relatives have not dared to report or testify about the disappearance of their loved one(s). A paradigmatic example of how strongly embedded impunity is in El Salvador is the El Mozote massacre, which was committed as part of a military operation in 1981. Despite various attempts to avoid further delays in the proceedings regarding this case, a recent blockage of access to the military archives by State authorities proves the lack of a genuine will by the State to bring those responsible to justice.

The persistence of impunity can be seen as both, the root and the result of the fact that in the absence of punishment and strong State institutions patterns often repeat themselves. Regarding more recent cases of disappearances, which mostly target young people, there is a lack of prompt responses by State authorities and genuine will to avoid delays in investigations. These disappearances are often used by perpetrators to eliminate evidence in situations where disappeared persons possess crucial information about the perpetrator’s involvement in past crimes. Also, if perpetrators are aware that families are unlikely to successfully seek legal remedy, there is no deterrence from engaging in disappearances, which is another exacerbating factor in the number of cases. This creates a vicious cycle of structural impunity, where the lack of justice for past violations triggers new disappearances.

The psychosocial impact of impunity on relatives and the society

There is a worrying lack of scientific knowledge concerning the psychosocial impacts of impunity on those who have lost loved ones due to disappearance. While this blogpost focuses on the situation in El Salvador, the issue is very much present in worldwide. The relatives of disappeared persons experience a high level of psychological suffering due to the unknown fate and whereabouts of their loved one. This suffering often relates to the classical expressions of trauma and occurs independently on whether the relatives actually witnessed the disappearance. “Trauma” can be described as a life-long harm related to a triggering event and experienced through feelings of anxiety, hopelessness and lack of purpose. Given that such emotional scars are not necessarily visible, they are often not taken seriously enough and mistakenly perceived as a phase that will end with the passage of time. In cases where the disappeared are particularly vulnerable persons such as children (which was very common in El Salvador), the suffering of the relatives is even more intense.

Additionally, the disappearance feels for the relatives of disappeared persons like a crime that is perpetuated every single day that their loved one’s whereabouts of remain unknown, and the perpetrators are not hold accountable. This is reflected in the legal classification of enforced disappearances as a “continuous crime” (WGEID 2011 General Comment on Enforced Disappearance as a Continuous Crime, para. 39(1); CED 2015Concluding Observations on Iraq, para. 35; IACtHR 2011 Contreras and others v. El Salvador, paras. 82-83). In addition to the impact on family members, disappearances cause wider harm to the relations within the affected society. In El Salvador, impunity for disappearances committed in the civil war has left social imprints that are sometimes referred to as “psychosocial trauma”. This kind of trauma tends to occur due to the feeling of powerlessness or loss of control in the absence of State structured responses and comprehensive psychosocial reparations for victims of grave and large-scale human rights violations.

Bringing perpetrators to justice in no way takes away the suffering of the families. Nevertheless, by not investigating the crime and not providing answers about what happened to the disappeared, the State contributes to increased trauma. In this way, El Salvador’s failure to impose justice has deepened the wounds of the families. This is worrying because a society that lives, reconstructs and relates itself with lies and impunity, cannot avoid transmitting the open wounds to the new generations. In El Salvador, the intergenerational nature of trauma is reflected in the daily behaviour and reactions of young people born after the civil war, and in the way tragic events experienced by parents or grandparents have shaped their interpersonal relationships.

The failure of the State to ensure that perpetrators of the disappearances are punished and the lack of progress in overcoming impunity have remained largely present until today. This has led to a growing frustration among relatives of those who disappeared in the civil war and/or more recently. In many cases, the absence of justice has imposed an additional burden on them as well as on civil society, which has partially taken on the fight for truth and accountability. However, it is the State that should take the lead in the fight against impunity. The best way to prevent the repetition of crimes would be to uphold the rule of law by bringing those responsible to justice.

It is sometimes said that justice is important for lasting peace, but we underline here that without justice there can be no peace at all. Justice is a pre-requisite for breaking the pattern of disappearances and the cycle of impunity. The positive impact of justice on mental health is unquestionable and may contribute to healing the wounds and building a more just society. Ending impunity should ultimately be seen as an opportunity for States such as El Salvador to strengthen the trust of society by allowing it to find justice. Given that ratification of the ICPPED and the Inter-American Convention would permit monitoring mechanisms to provide guidance to El Salvador as well as to exert pressure in the event of State’s failure to comply with international standards, this would be a welcome first step in removing barriers towards justice.

Both authors are members of the multidisciplinary project „Connecting Legal and Psychosocial Aspects in the Search for Victims of Enforced Disappearance in Colombia and El Salvador„, which is implemented by Pro-Búsqueda, Dejusticia, University of Warwick, University of Lausanne and swisspeace. This research project explores the foundations and practical implementation of the search for victims of enforced disappearance from a legal, psychosocial and political perspective in two case study countries: Colombia and El Salvador. 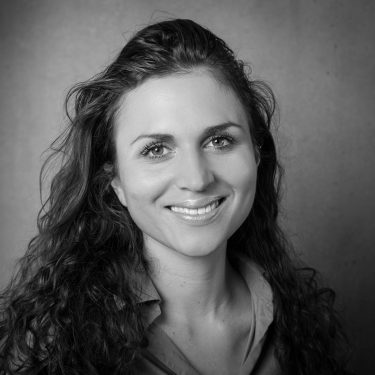 Ana Srovin Coralli is a PhD candidate in international law at the Graduate Institute Geneva (IHEID), a Teaching Assistant at the Geneva Academy of International Humanitarian Law and Human Rights and a Consultant at swisspeace. 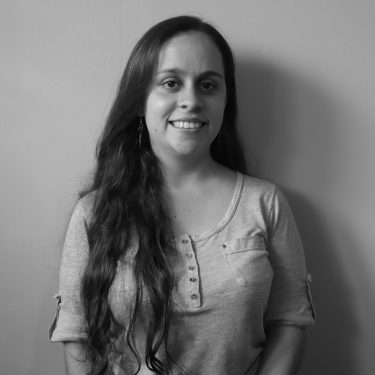 Pamela Favre is a psychologist working in Asociación Pro-Búsqueda de Niñas y Niños, a non-profit organization that searches and litigates cases concerning children disappeared during the armed conflict in El Salvador. In her work, she provides psychosocial support to victims and helps them to overcome trauma they have experienced due to the disappearance of their loved one(s).