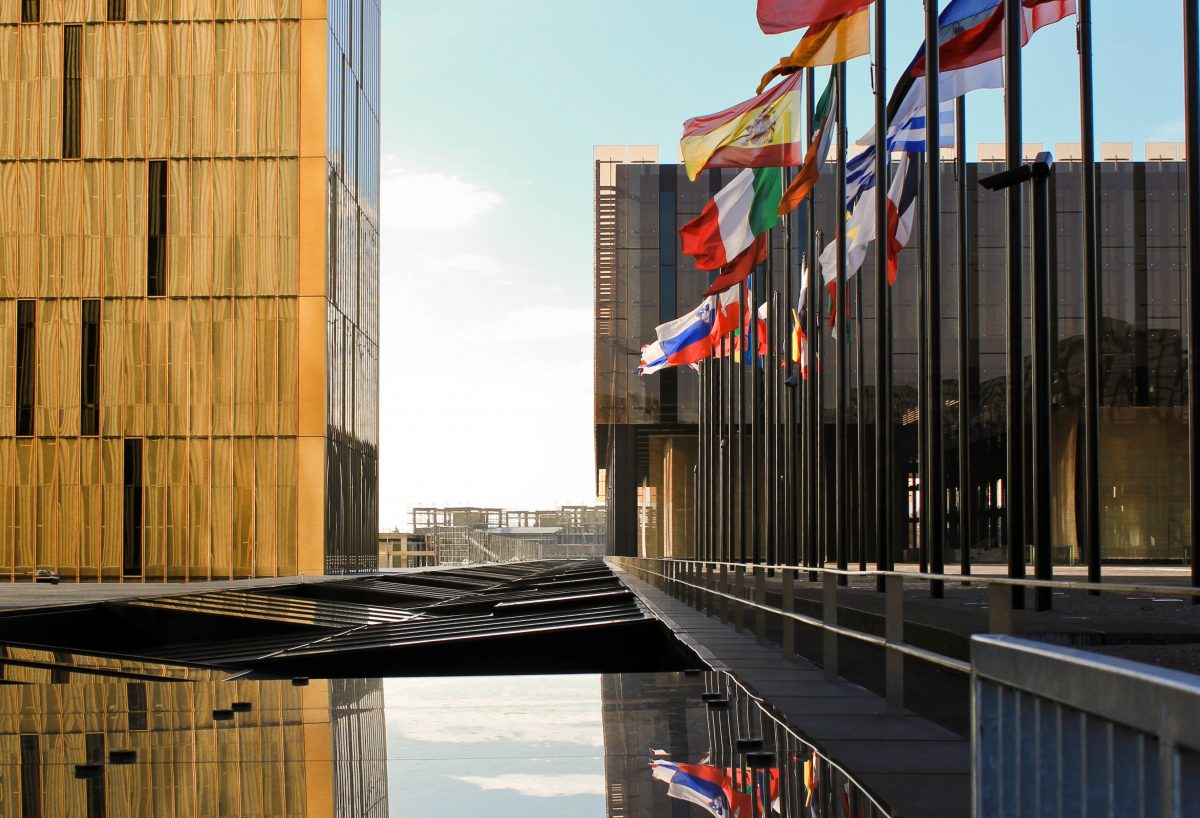 In its recent judgment in Moldova v. Komstroy, the Court of Justice of the European Union (CJEU) has deemed intra-EU investor-state-dispute settlement (ISDS) under the Energy Charter Treaty (ECT) incompatible with EU law (see recent analysis here). This came as no surprise since in Achmea the CJEU had declared intra-EU bilateral investment treaties (BITs) to be contrary to EU law. In the aftermath of the latter judgment, most EU member States concluded a termination agreement concerning intra-EU BITs. After the judgment in Komstroy, EU member States will equally have to assess how to proceed in order to reconcile their international obligations under the ECT with those under EU Treaties.

This blogpost outlines the options open to EU member States to implement Komstroy, most importantly amending the ECT, modifying the ECT inter se between EU member states and the withdrawal from an inter se modified ECT.

Signed in 1994, the main goal of the ECT is the promotion and protection of investments in the energy sector. It has more than 50 parties, including almost all EU member states. In 2017, the parties started a modernization process in order to align the ECT with recent investment treaty reforms and environmental treaties (see recent analysis here). Some EU member states and the EU Commission have long maintained that the ECT is not applicable to intra-EU investment disputes, but arbitral tribunals have been unconvinced (see e.g. Vattenfall v. Germany [2018]). Komstroy will probably not cause a shift in the case law of arbitral tribunals, since Achmea has not altered the approaches of investment tribunals either. Rather, tribunals (implicitly) indicated that the member states needed to take steps to terminate intra-EU BITs (see e.g. Marfin v. Cypurs [2018] para. 594). Thus, EU member states will now also have to address how to modify (or withdraw from) the ECT – either together with the other ECT parties (in the modernization process) or amongst themselves.

Amending the ECT pursuant to Article 42 ECT is one option to implement Komstroy. On the basis of this amendment procedure the contracting parties could introduce a so-called disconnection clause into the ECT. Such a clause would stipulate that those parts of the ECT relating to investor-state dispute settlement and investment protection standards do not apply between EU member states.

Negotiations to include a disconnection clause could form part of the ongoing modernization process of the ECT (see CCDEC 2018, 21, fn 1). The major drawback of amending the ECT is the need for agreement between EU member states and non-EU member states, which are parties to the ECT and which may be unwilling to agree to such an amendment without concessions in the negotiations on ECT modernization. Each of these non-EU states can block an amendment at the meeting of the Energy Charter Conference where amendments have to be adopted by unanimity (Article 42(2) and Article 36(1)(a) ECT). The subsequent entry into force of the amendment requires ratification/acceptance/approval by at least three-fourths of the contracting parties (Article 42(4) ECT). Together the EU states plus EU and EURATOM only comprise approximately half of the contracting parties. Accordingly, amending the ECT to implement Komstroy is legally straightforward, but depends on the political goodwill of non-EU states.

Inter se Modification of and Withdrawal from the ECT

Another option is to modify the dispute settlement clause (Article 26 ECT) between EU member States only, thus inter se, in accordance with Article 41 of the Vienna Convention on the Law of Treaties (VCLT). Thereby, EU member states could either remove any reference to arbitration proceedings or even completely exclude investor-state dispute settlement (also before domestic courts (Article 26(2)(a) ECT)), including the investment protection standards enshrined in the ECT. The result would be that intra-EU disputes could not be referred to arbitration, while Article 26 ECT would still fully apply in regard to investment disputes with non-EU member states/investors from non-EU member states.

Alternatively, EU member states can withdraw from the ECT. However, this would trigger the sunset clause (Article 47(3) ECT), extending the applicability of the ECT to 20 years after the withdrawal takes effect. Hence, in order to effectively implement Komstroy, member states would need to remove the sunset clause before withdrawal through an inter se modification. Then, the ECT would cease to apply once withdrawal takes effect amongst EU member states themselves, while it would remain fully applicable in extra-EU disputes for another 20 years. However, EU member states could also only withdraw from the ECT inter se leaving the unmodified ECT intact for extra-EU disputes (cf Villiger [2008] p. 688).

Since the ECT does not expressly prohibit inter se modifications, such a modification is permissible if it ‘does not affect the enjoyment by the other parties of their rights under the treaty or the performance of their obligations’ (Article 41(b)(i) VCLT). Secondly, the modification in question shall ‘not relate to a provision, derogation from which is incompatible with the effective execution of the object and purpose of the treaty as a whole’ (Article 41(b)(ii) VCLT).

The first criterion depends on whether the obligations under the ECT are of reciprocal rather than of independent or integral nature (Von der Decken [2018] para. 18). The ECT essentially enshrines bilateral obligations (cf Komstroy [2021] para. 64), and any modification regarding the dispute settlement clause would not impede the execution of those obligations ‘separately and independently among the different treaty parties’ (Villiger [2008] pp. 534-35). There are no effects on states (and their investors), which are not parties to the inter-se agreement, but rather the effects remain limited to inter se parties (see Fragmentation Report, para. 305.). Hence, the first criterion would be met for both the modification of Article 26 ECT and neutralizing the sunset clause.

The second criterion crucially depends on whether the ‘object and purpose’ implies obligations of non-reciprocal and absolute character, such as human rights treaties (see e.g. Fragmentation Report, para. 312). Since the ECT establishes bilateral obligations, which are not of an absolute character, the limitation of the dispute settlement procedures to domestic courts does neither alter the rights of third parties, nor counter the object and purpose to such an extent, as to impair its effective execution. The same applies to the complete removal of investor-state dispute settlement and investment protection standards between EU member states, as well as to the neutralization of the sunset clause. In contrast, arbitral tribunals might find that these modifications would render the object and purpose of the ECT meaningless and thus prevent its execution (see below).

Article 16 ECT and inter se Modifications – No Escaping the ECT?

A major obstacle to inter se modification may be contained in Article 16 ECT – an obstacle either by itself or in relation to the criterion of ‘effective execution of the object and purpose’. Article 16 ECT is a conflict clause providing that any subsequent agreement by parties to the ECT concerning the subject matter of investment protection and dispute settlement cannot derogate from any provisions on investment protection and dispute settlement under the ECT. In essence, the provision stipulates that the ECT regime prevails over other treaty obligations in case of conflict and if the ECT regime is more favourable (see e.g. RREEF v. Spain [2016] para. 75).

Several tribunals established under the ECT have already discussed the argument that EU law has led to an inter se modification of the ECT between EU member states. They have rejected that argument and held that Article 16 ECT may stand in the way of an inter se modification removing access to investment arbitration in an intra-EU dispute (see e.g. Vattenfall v. Germany [2018] paras. 198, 221, 229, Landesbank v. Spain [2019], para. 186; Eskosol v. Italy [2019] para. 151). In particular, the tribunal in BayWa r.e. v. Spain [2019] held at para. 276:

‘it is very doubtful whether the abrogation inter se of the ECT as between EU Member States is compatible “with the effective execution of the object and purpose of the [ECT] as a whole”. Article 16 of the ECT suggests that it is not, since it evinces an intent […] to preserve the rights of investors and investments, which constitute a major plank of that multilateral treaty.’

Accordingly, it seems doubtful that future tribunals would reject jurisdiction under the ECT after an inter se modification that prevents EU investors from resorting to arbitration against another EU state.

Concerning an inter se modification removing the sunset clause between EU member states and a subsequent withdrawal from the modified ECT, it should be noted that the sunset clause is not found in the parts of ECT addressing investment protection and dispute settlement. Thus, Article 16 ECT does not directly cover it. Still, if investment tribunals already consider the removal of access to arbitration contrary to the effective execution of the object and purpose of the ECT, they may very well find the same for the inter se removal of the sunset clause and subsequent withdrawal.

The EU member states will have to take steps to implement Komstroy and remove access to ISDS under the ECT for intra-EU disputes one way or the other, otherwise investment tribunals will continue to exercise jurisdiction in intra-EU disputes. Most likely, an amendment as part of the current modernization process will be Plan A. Plan B could be some form of inter se modification, which may, however, not be as legally bulletproof as amendments. For now, one can only wait and see what the actual proposal of the EU and its member states for implementing Komstroy will look like. 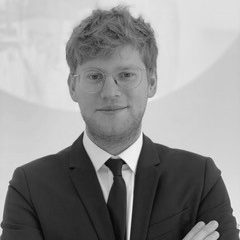