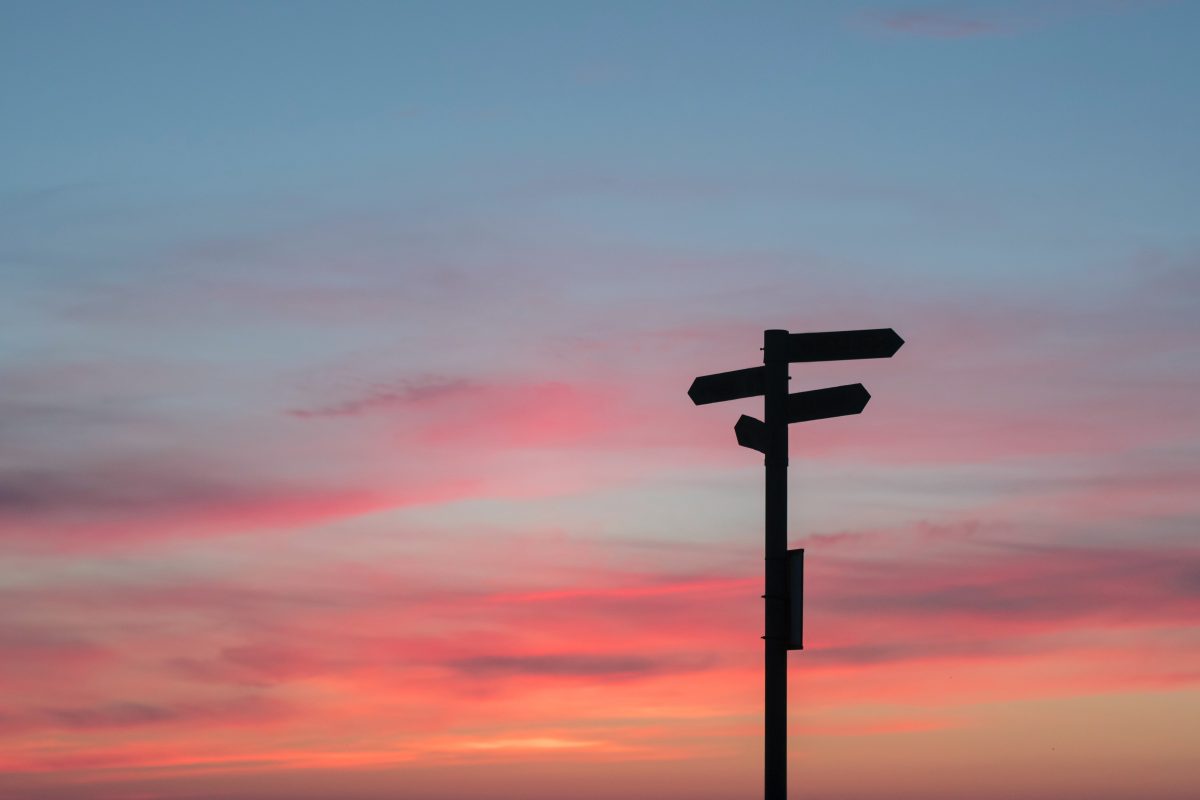 Intergenerational Justice: From Courtroom to Politics?

How to think long term in a short-term world? This is the question at the heart of Roman Krznaric’ book ‘The Good Ancestor’. Long-term thinking implies taking future generations into consideration. In the chapter on intergenerational justice, Krznaric sums up four moral motives to do so.

The first one, he calls ‘The Arrow’. Shooting an arrow into a distant wood that ends up hurting someone while knowing someone could have been there, amounts to gross negligence. Therefore, “we have a responsibility to take action today to mitigate the future impact of the arrows we fire” (p. 81). Secondly, he presents an argument grounded on utilitarian beliefs called ‘The Scale’. It is estimated that 6.75 trillion people will be born in the next 50.000 years, which is 877 times more people than are currently alive. When putting everyone who is alive today on one side of an imaginary scale, and all people that are yet to be born on the other side, the current generations are by far outweighed by the future ones. The third rationale is based on Rawls’ veil of ignorance and is called ‘The Blindfold’. Behind the veil of ignorance, unaware of the generation into which one will be born, the welfare of future generations becomes something that will matter to us today. Lastly, the fourth argument is called ‘The Baton’, based on the golden rule to ‘do unto others as you would have them do unto you’. In the context of intergenerational justice, this rule implies that we should not impose harm and dangerous risks on people of future generations that we would not be willing to accept ourselves.

All decisions made today, big or small affect the future. Achieving intergenerational justice especially requires long-term thinking by those responsible for decisions that have the greatest impact. For a great deal, these are decisions made in the courtroom and in politics.

This reasoning has indeed made its way into the courtroom, where future generations are sought to be represented in order to enforce their fundamental rights, for instance by NGOs and (youth) activists. In the famous Urgenda case, both the Court of Appeal and the Supreme Court, in 2018 and 2019 respectively, ordered the Dutch state to reduce the emission of greenhouse gases by 25% in 2020, compared to the emissions of 1990 – the scientifically determined absolute minimum. However, neither of the courts answered the question whether future generations could be represented. Instead, they limited themselves to deciding that climate change already poses a threat to the current generation, on behalf of whom Urgenda had standing anyway.

In this respect, highly remarkable is the Hague District Court’s decision in the case of Milieudefensie against Royal Dutch Shell, where the Court explicitly confirmed that Milieudefensie could represent Dutch future generations. “[T]he CO2 emissions for which RDS can be held responsible by their nature pose a very serious threat, […] with serious human rights impacts. This applies to both current and future generations.” (para 4.4.54). Human rights guarantee an absolute minimum, and this minimum guarantee is what Milieudefensie could successfully enforce on behalf of future generations. This development in Dutch climate litigation has been identified and conceptualized as the minimum principle by Dr. Laura Burgers in her blog post on Völkerrechtsblog.

The minimum principle is not being applied internationally. Courts outside the Netherlands, or more specifically outside EU jurisdiction, have gone beyond the minimum principle. For instance, in the case where a Nepali resident sought an order to compel the government of Nepal to enact an adequate climate change law. In 2018, the Supreme Court argued that climate change poses a threat to the existence of ecology and biodiversity that does not just affect the organisms today, but also several generations ahead. To achieve climate justice for both present and future generations, the Supreme Court decided that principles of sustainable development and intergenerational equity must be embraced and that a law must be formulated to conserve biodiversity and the ecosystem.

Are these successful climate litigations resulting in more long-term thinking politicians as well? In the case of the Netherlands, unfortunately not. Here, successful climate litigation has not been enough for politics to engage in long-term thinking and to address climate change systematically. Instead, in the Netherlands it took a pandemic to – accidentally – meet the environmental targets as defined by the Supreme Court in the Urgenda case and the Russian invasion of Ukraine to start a campaign, calling on its citizens to limit their gas use. A Dutch TV commercial gives advice on how to reduce the use of gas, as we do not want to depend on the aggressor’s gas and pay them for it. Even though the commercial does end by stipulating that using less gas is also beneficial for one’s wallet and for the environment, it is obvious that concerns about climate change were not the reason for this commercial. If it were, such commercials should have aired a few decades ago. Instead, both examples are more or less side effects of issues whose consequences pose a more immediate threat to the present generation.

A lack of long-term thinking in politics is especially problematic in the context of climate change. Resolving the crisis that lies ahead requires long-term thinking, but those whose lives face the biggest threat are rarely represented in democratic politics for they are not yet born most (an issue that can be addressed by, for instance, following the example of Wales). As long as future generations are not represented, there is a protection gap. Decisions in accordance with the minimum principle are unproblematic in the light of the separation of powers, for they are based on the absolute minimum guaranteed by human rights. However, so far, the Dutch decision based on the minimum principle have not been able to properly fill this gap.

A more far-reaching decision beyond the minimum principle, such as the Nepali case where the judge imposes the government to impose a certain law, might be criticized for going beyond judges’ discretion, mingling too much with politics. At the same time, the decision of the Nepali Supreme Court has resulted in action. In 2019, the Nepali Government passed the Environment Protection Act and the Forests Act, both aimed at addressing climate change mitigation and adaptation. The Nepali Court thus seems to have done a better job in filling the protection gap that affects future generations. As long as the interests of politicians do not (effectively) include the vast majority whose lives are affected by their (in)action, issues of separation of power should not stand in the way of their protection through the courtroom.

The Judge as a Good Ancestor

In this light, the Pakistani Supreme Court presented an even more interesting way of filling the protection gap. In this case, Justice Mansoor Ali Shah explicitly took inspiration from ‘The Good Ancestor’ in this remarkable decision.

The case was initiated by the owner of a cement plant that was located in an area that was designated as fragile by the local government. As a result, the cement plant was prevented from enlarging. When deciding on whether the area in question was rightfully designed as fragile, the Supreme Court stipulated that this question needs to be examined in the larger context of climate change. Explicitly referring to The Good Ancestor, the Supreme Court emphasized the importance of intergenerational justice:

The Supreme Court, on its own motion, took into account the faith of future generations. In the ultimate decision, intergenerational justice played a key role in finally deciding that the area was indeed rightfully appointed as fragile.

Roman Krznaric’ arguments from The Good Ancestor had a clear impact on the deciding Pakistani Supreme Court judge. These arguments on intergenerational justice are indeed highly convincing and justify a changing attitude of judges towards the issue. Just as the Pakistani Supreme Court’s decision reflects, future generations need and deserve more than protection through climate litigation; they should be taken into account by judges on their own motion. As long as politicians do not treat climate change as the immense threat to (human) life that it is, thus perpetuating the protection gap, they should be encouraged to start doing so. This encouragement can and should also come from judges. The future generations to which the great grandchildren of today’s judges and politicians belong, will be grateful if they do so.

This blog post was written after and based on research conducted while assisting on Laura Burger’s research project on climate litigation. 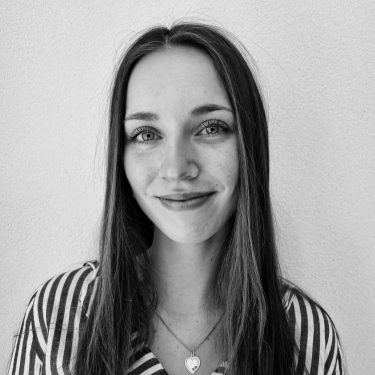 Eline Mensink is a student in Public International Law at the University of Amsterdam.