How to Avoid Politicised Monitoring?

Treaty-Design Suggestions for a Business and Human Rights Framework Convention

It is one thing to draft international laws that protect individuals, but quite another to ensure their implementation and compliance by State parties. Taking into consideration existing framework conventions, particularly the European Framework Convention for the Protection of National Minorities (FCNM), this post argues that when choosing a framework-style agreement to regulate the area of business and human rights (BHR) procedural provisions must be included to avoid the risk of politicised monitoring. Inspiration can be drawn both from the FCNM and the procedural setup of existing UN human rights treaties and the current Third Revised Draft suggested by the Open-Ended Intergovernmental Working Group (OEIGWG). Existing procedural provisions and powers enjoyed by their oversight bodies could also prove useful under a framework convention in BHR.

Monitoring of State Reports under a BHR Treaty

Regardless of a future BHR instrument’s character, one can assume that State reporting will have a significant role. First, the current Third OEIGWG Draft provides, as well as the Zero and Second Draft, for an independent expert body charged with the review of periodically submitted State reports (see article 15.2 Third OEIGWG Draft). If the draft were to come into being, it would correspond to existing UN human rights core treaties in terms of institutional setup and procedural provisions (cf. articles 28 to 40 ICCPR, or articles 17 to 21 CEDAW). Additionally, State reporting is also common under already existing framework conventions, such as the FCNM, and has also been proposed for a framework convention in BHR.

State reporting is considered a sovereign-friendly and thus “weak” monitoring mechanism, in comparison to judicial or quasi-judicial mechanisms for instance. With a view to both a possible conventional treaty and a framework convention, State reports seem to be the most imaginable choice; precisely because of some of a BHR potential instrument’s delicate questions (such as remedies for individuals or the “effective regulation” of business enterprises). More crucial than the choice of the means of supervision, however, will be the specific institutional design, i.e., which body or entity will exercise the oversight function and examine the State reports.

What Kind of Specific Monitoring Body to Choose?

Choosing the treaty’s instrument’s character also influences the choice of which body or entity performs the oversight function. Under a conventional treaty, as also currently provided for by the Third OEIGWG Draft (article 15.1-15.4),  monitoring is carried out by a body composed of independent experts, serving in their personal capacity. At least in theory, they are free from governmental influence and their independence shall serve to shed as much critical light as possible on the human rights record of State parties (see ‘Addis Ababa guidelines’, Annex I in the cited document). Under a framework-style agreement, the monitoring could fall to the State parties themselves in the form of a Conference of State Parties (CoP), probably assisted by a technical or advisory body. As the CoP is composed of State representatives, there is potential for significant influence by governments on the review process, what can ultimately lead to politicisation.

The FCNM provides a good illustration of this problem. It was set up within the Council of Europe and, as a human rights treaty, is intended to protect the rights of persons belonging to national minorities. It was precisely the FCNM’s institutional setup as a framework convention with a CoP and an advisory body that had given rise to concerns that the review process would prove politicised and thus ineffective. According to article 24(1) FCNM, it is the Committee of Ministers of the Council of Europe (CoM) that monitors implementation. Pursuant to article 26(1) FCNM, the CoM shall be assisted by the Advisory Committee (AC). The latter evaluates State reports and adopts its own opinions, which are then transmitted to the CoM for final evaluation. The CoM, in turn, adopts final resolutions addressed to the State party under review and may be guided by the opinions adopted by the AC (for the procedure, see here). A mere textual reading of the provisions unequivocally signals, however, that the AC is limited to an assisting function. Moreover, article 26(2) FCNM stipulates that the AC’s Rules of Procedure shall be determined by the CoM. Consequently, it is the States – through the CoP – that bear the main responsibility for reviewing State reports, which may easily create a politicised atmosphere (on such initial concerns, see here). Hence, with a view to a future instrument in BHR, putting the responsibility for monitoring exclusively in the hands of the State parties themselves through the CoP could as well potentially set incentives for politicisation of monitoring rather than providing a forum which is dedicated to strict and close scrutiny of human rights records.

If a framework convention in BHR were to mimic existing ones in procedural and institutional design, one would have to think about procedural safeguards ensuring the proper and impartial functioning of the monitoring process. That is to say, provisions in the text should seek to strengthen and enhance the role of a possible advisory body. These provisions could be tailored to promote a balance between an advisory body, composed of (independent) experts, and the CoP as the main organ, composed of State representatives. For one, it is worth considering experiences made in the past in the context of the FCNM. For another, although different in their mandates and functioning, one could also think of drawing inspiration from powers attributed to or enjoyed by the UN human rights treaty bodies.

Under the FCNM, initial fears of a politicised atmosphere have proved to be unjustified and nowadays there seems to be “confidence” of the CoM in the work of the AC. Although the CoM considers itself the adequacy of the measures taken by the State party (see Rule 24 adopted by the CoM), it generally agrees with the AC’s opinions and almost always adopts them verbatim in its final resolutions. In addition, in those rare cases where it did not agree with the evaluation given by the AC, diverging opinions by the AC were also published by the CoM ), even though it has the power to decide not to publish all opinions (Rule 26 allows for a deviation from the general rule of publication). It is argued here that such a possibility of deciding not to publish opinions adopted by the advisory body should not be included in a future framework-style agreement. Quite the contrary, one could even go further and explicitly codify that the CoP must take due account of the opinions rendered by the advisory body. The latter is reminiscent of the obligation of State parties to take due account of treaty body recommendations and the expectation to provide reason whenever they do not agree with certain views or concluding observations adopted by treaty bodies.

Another aspect that could be replicated from the FCNM and integrated into a future BHR framework convention is the AC’s practice of adopting thematic commentaries (so far four commentaries exist under the FCNM) that clarify and interpret substantive provisions in a more abstract fashion. The practice bears great resemblance to the adoption of General Comments by the treaty bodies of the core international human rights treaties, which serve the same purpose of clarification and interpretation. It is remarkable that the Third Revised Draft of the OEIGWG explicitly includes this power (article 15(4)(a)), which would constitute a novelty compared to the existing UN human rights treaties. It is a codification of long-standing treaty body practice, but its inclusion in an international instrument could provide greater clarity as to whether this function, which has so far been implicitly assumed, is covered by the mandate of the human rights treaty bodies.

With a view to uncertainties as to the exact meaning of substantive provisions under a potential BHR treaty, regardless of the form it will eventually take , such general comments or commentaries could trigger further discussions and slowly but steadily lead to the progressive development of international law and consolidation of normative standards. The incorporation of a similar provision to article 15(4)(a) Third OEIGWG Draft into a possible framework-style agreement is therefore definitely worth considering and any future advisory body should be vested with the explicit power to adopt such comments.

Yet, States could easily oppose the explicit inclusion of such a power or could later criticise the content of such comments, particularly within a framework convention that is meant to provide for a broader set of minimum standards. Regardless of the treaty’s final character, State parties could argue, as occurred in reaction to General Comments adopted by the UN human rights treaty bodies, that provisions are being rewritten and that new obligations are imposed which are not covered by the treaty’s wording. Clarifying rather abstract provisions by means of such comments could provoke just such reactions. Nevertheless, it seems appropriate to consider the explicit inclusion of such a power. Commentaries adopted by an advisory body under a future framework-style agreement could serve as a clear counterweight to a possibly politicised review process on the part of the CoP. They could serve to attach more visibility and importance of the work and experiences made by the respective advisory body.

What becomes apparent is that a framework convention in BHR does not necessarily imply downsides regarding the monitoring system. As the choice for the institutional setup remains with the drafters, there could be any kind of supervisory system. However, given the institutional setup of existing framework conventions, such as the FCNM, and the accompanying risks of a politicised review process, the drafters should definitely pay attention to procedural safeguards at an early stage of the drafting. If the drafters were to follow the procedural setup of other framework conventions with a CoP and an advisory body, any kind of such advisory body must be able to operate independently, free from political interference. This necessitates provisions that enhance and foster its position and powers under the review process. The examples above, such as including the obligation to publish the advisory body’s opinions without exception and the possibility for such a body to adopt commentaries reflecting its own understanding of substantive provisions, are just two among many. There is clearly room for further creative thinking. 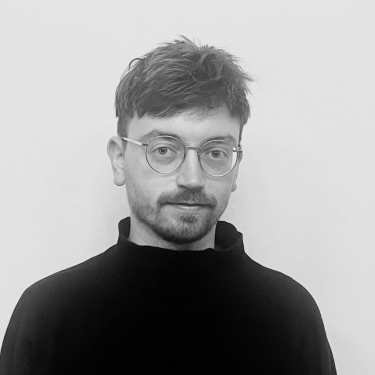 Nils-Hendrik Grohmann is a research assistant at the University of Potsdam and a Law Clerk (‘Rechtsreferendar’) at the Higher Court of Berlin. He recently handed in his PhD thesis, focusing on the strengthening process of the UN human rights treaty bodies.