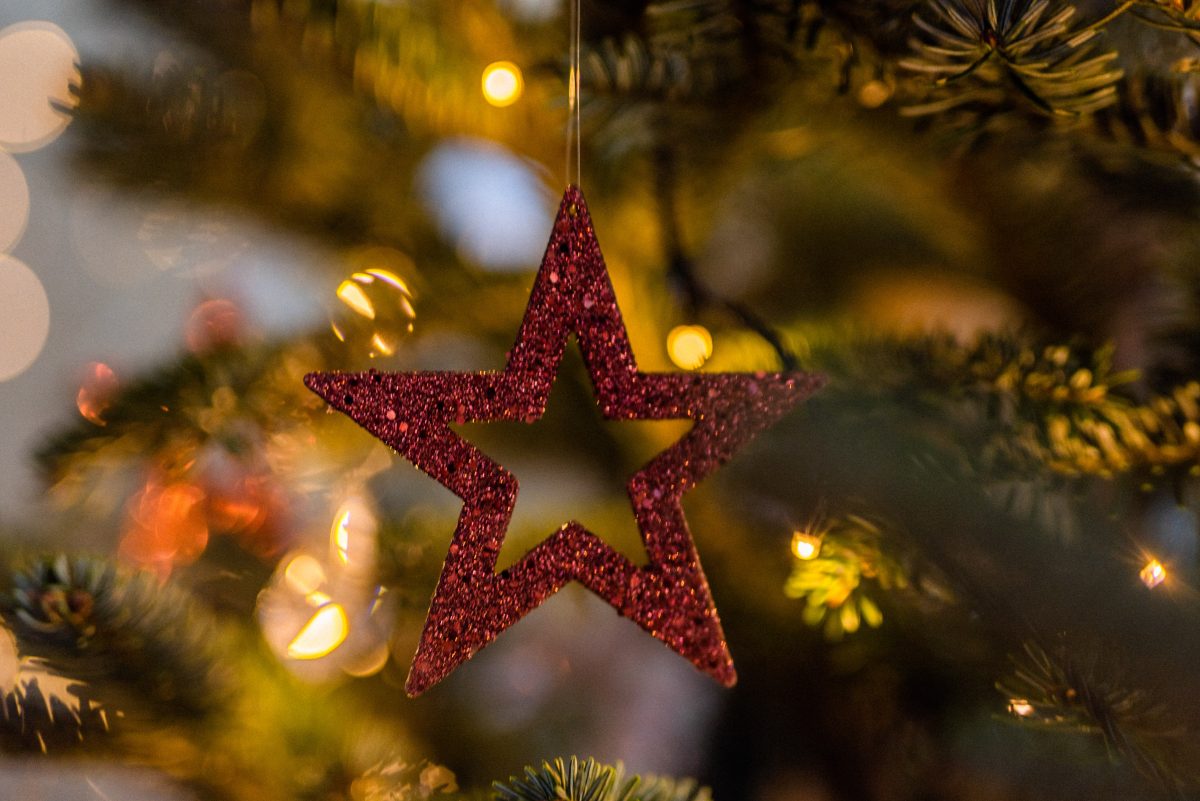 Photo by luana niemann on Unsplash.

How ‘Nazis’ Stole the New Year

Several concerns have been raised about memory politics in Russia turning the memory of World War II (WWII) into an instrument that set the stage for the current war in Ukraine. Since the youngest age Russian children fall victims to militaristic propaganda in kindergartens, schools and are even encouraged to engage into war-themed games as a part of New Year’s celebrations. This article will highlight the incompatibility of such practices with Art. 31 of the Convention on the Rights of the Child (CRC) and children’s best interest.

How was the Celebration of the New Year Stolen?

The Moscow Times News outlet has recently reported that one of the largest museums of military history in Russia – the Victory Museum – will host a quest called „Protect the New Year“ or “Zashchiti Nowy God” [Zащити Новый Год] for children aged six to twelve. The quest is set during the Winter 1945 when “the evil” of Nazism was defeated by the Soviet Union. But, according to the event’s webpage, “the dark forces” aim to “turn history back” and ruin New Year’s celebrations. Eventually, only contemporary “heirs of the winners” can defeat them and become the “real defenders of the Fatherland” themselves.

Although this kind of celebration is arranged for the fifth time annually, the debate sparked only in 2022 due to the usage of the Latin letter ‘Z’, currently associated with the Russian invasion of Ukraine, in the original Cyrillic title of the event. Obviously, parallels are drawn in the “Victory Tree” quest between the “dark forces” and “elusive enemies” threatening to “turn history back” and the “Nazis” in neighboring Ukraine. This interpretation goes in line with the common Russian understanding of Nazism, according to which anyone opposing modern Russia is labelled “a Nazi”, irrespective of their actual views. Similarly, another thematic exhibition is hosted by the same Museum, comparing the “atrocities of the Nazi collaborators in 1945” with the “modern Nazis of 2014-2022” in Ukraine. This narrative is safeguarded in memory laws, which determine how the past must be remembered and instrumentalize it in the spheres of culture, education and children’s rights.

Memory Laws and the War on Memory in Modern Russia

The militarization of childhood in Russia, with a strong emphasis on the significance of self-sacrifice during WWII for the world’s rescue from Nazism, is observed since Putin’s ascend to power. But, as described by Nikolay Koposov, the rise of military-patriotic narratives consolidated around the WWII “Great Victory” and the adoption of relevant memory laws took place in the aftermath of  the Crimean occupation of 2014 and the Donbas invasion. At that time, both the occupation of Crimea and the military operation in Donbas were purportedly justified by the need to save population of mentioned regions from the Ukrainian government of “neo-Nazis”.

Memory laws adopted in that period safeguard the exclusively heroic role of the “Fatherland’s defendants” (referring to the Soviet Army) during WWII in the Constitution and sanction any other interpretation by the Criminal Code. The said constitutional provision identifies children as the main beneficiaries of patriotic education, and sets the latter as one of the top governmental priorities. This mnemonic narrative is an integral part of the upbringing process within the law on education. The national strategy on children’s interests lists readiness to “defend the Fatherland” as one of key tasks for upbringing. In this regard, the narrative of exceptional heroism of the “Fatherland’s defendants” is used to inspire the young generation for the ultimate self-sacrifice for their country and for the fight against existential threats, such as the Nazi invasion in 1941 or the current “denazification” of Ukraine.

Upon the start of a full-scale invasion of Ukraine in 2022, the BBC reported that lessons held in Russian schools link the so-called “Special Military Operation” with the WWII events. The modern Russia is portrayed as holding a crusade against the “modern Nazism flourishing in Ukraine”. The best illustration of efficiency of such actions on children’s minds is a drawing with the letter ‘Z’ and the Soviet red star (the emblem of the Red Army) portrayed together. That approach to memorization calls for consideration not only from the general perspective of cultural rights, but also under the auspices of children’s rights, using a “Victory tree” as an example.

The Evil Spirits of the Past and the Memory of Today

The “Victory Tree” quest is built on the narrative of the “evil spirits of the past” trying to “steal the joy” of today’s holiday. Such usage of history aimed at manipulating perception of modern events highlights the importance of the critical assessment of memory politics, as well as the need to focus on children’s rights in this regard.

In the context of this discussion, the reports on the writing and teaching of history and on memorization processes of the Special Rapporteur on Cultural Rights are particularly important. Although the reports are per se not binding, they interpret binding international law provisions regulating the use of history in the contexts of memory policies and education. First, the report on memorization processes recognizes that the understanding of past events can seriously influence the perception of contemporary issues. Therefore, the critical assessment of particular mnemonic narratives must be an integral part of memory politics, including in relation to children [Report of the Special Rapporteur, para 64]. Second, museums can be instrumentalized to promote political agendas through the presentation of a particular mnemonic narrative [ibid, para 75]. And third, the teaching of history can construct the “enemy’s” image within children’s minds by interpreting past events in line with the needs of contemporary politics [see: Report of the Special Rapporteur, para 27]. That can interfere with the right to education, the right to have access to cultural heritage, the right to freedom of opinion and expression and the right to information [ibid, para 86].

The “Victory Tree” quest curated by the Victory Museum is actively promoting the government-prescribed mnemonic narrative in relation to children. This contradicts the Special Rapporteur’s findings on memorization processes, especially in light of the prohibition of the critical assessment of past events through the criminal prosecution of alternative interpretations and the use of museums as tools for the dissemination of government ideology. Even though the Special Rapporteur touched upon the irregularity of such actions in relation to general human rights law provisions and the right to education, a children’s rights perspective is also relevant in the present case. It is to this perspective that the following section will turn.

War Games and the „Magna Carta for Children“

The preamble of the CRC specifies that a child must be brought up in the “spirit of peace, dignity, tolerance, freedom, equality and solidarity”. As the “Magna Carta for children”, the CRC  stipulates the best interests of the child in the Art. 3(1) as one of the treaty’s  4 guiding principles. In addition, it contains child-specific rights, such as the right to rest and leisure, to engage in play and recreational activities appropriate to the age of the child, and to participate freely in cultural life and the arts, stipulated in Art. 31 of the CRC.

This right is of particular relevance for the “Victory Tree” quest, because, as it appears, not all kinds of games can be deemed consistent with the CRC. The Committee on the Rights of the Child (CRC Committee) has linked participation in violent video games to reducing empathy towards others and increasing violent behavior [see General Comment no. 17 (2013), para 46]. Moreover, realistic war toys and games were recognized as negatively influencing children’s development [ibid]. Hence, the “Victory tree” quest with its clear militaristic undertone (and questionable geopolitical references) can potentially be deemed as inconsistent with Art. 31.

Interestingly, Russia’s most recent submission to the CRC Committee mentions creating films which promote patriotic education with spiritual and moral principles that “meet the interests of Russian statehood” within the actions undertaken in relation to the Art. 31. However, in accordance with the Art. 3 CRC, child’s best interests must prevail in all related matters, and thus “statehood interests” should not be given such a strong emphasis in relation to the art. 31. The CRC Committee also specifies that excessive state’s involvement in programming leisure activities can be detrimental to child’s well-being [General Comment no. 17 (2013), para 42]. Even though the Committee is yet to comment on Russia’s submission, it is very unlikely to be met positively. Instead, it would be optimal if the CRC Committee’s findings referenced or echoed the Special Rapporteur’s recommendations on memorization processes and concluded on prohibition to instrumentalize historical memory for political gains in relation to play and leisure. The “Victory tree” case clearly calls for the CRC Committee’s special attention in this regard.

Will Someone Save the New Year for Russian Children?

The “Victory tree” quest, referencing the neighboring country as an “evil spirit” that must be defeated by 6-12 years old “descendants of Fatherland’s defendants” shows a clear intersection between law, memory, and children’s rights. Unfortunately, the “Victory tree” quest reminds more of a losing game that shows how law fails to protect children from political manipulation and how easily children become paws in military propaganda. It looks that to save the New Year, Russian children must defeat not the elusive external enemy, but the “evil spirits” who corrupt their minds with militaristic propaganda. The CRC Committee may set the record straight and dismiss the Russian creativity in interpreting Art. 31 of the CRC, but even that might be insufficient to bring back the good spirits of critical thinking and objectivity back to Russian museums and to allow children to engage in appropriate leisure activities.

The author is grateful to the Volkswagen Foundation for supporting this study within the research grant allocated for the consortium project ‘MEMOCRACY’ (2021-2024). 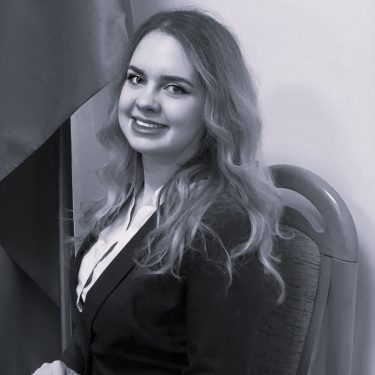 Anastasiia Vorobiova is currently working as a research assistant at the Institute of Law Studies of the Polish Academy of Sciences in the international research project: “The challenge of populist memory politics for Europe: Towards effective responses to militant legislation on the past” (MEMOCRACY).