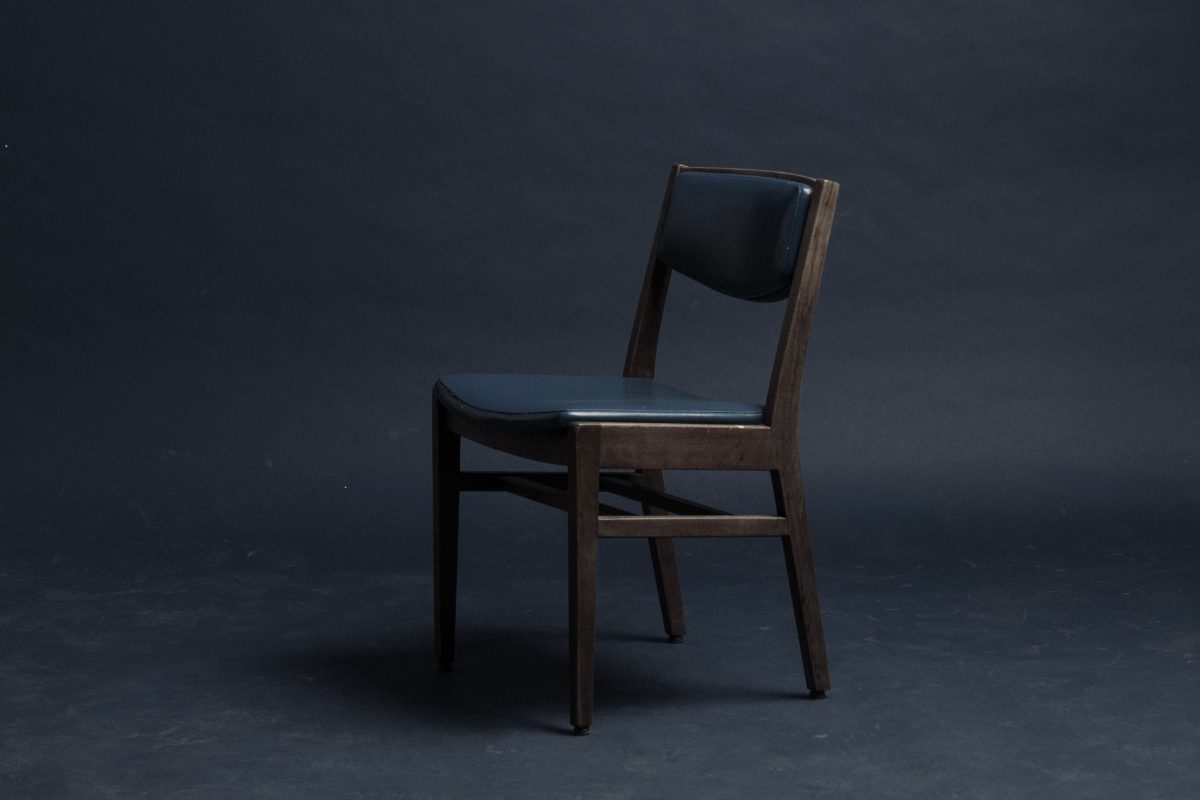 “Enforced disappearance is a particularly heinous crime”. This phrase has been repeated time and again by civil society organisations and UN experts, and states have condemned this crime countless times. And for good reason: for the duration of their disappearance, the disappeared persons are generally held in inhumane and degrading conditions, and often tortured. They are erased from their social life, leaving their relatives in a torturing limbo of uncertainty, between hope and fear regarding the fate of their loved one(s). The disappearance of these individuals affects the whole community, spreading anguish and irreversibly changing the existing social structure. The daunting absence is often expressed by the metaphor of chairs that remain empty.

Yet, a decade after the entry into force, the ratification process of the 2006 International Convention for the Protection of All Persons from Enforced Disappearance (ICPPED) has remained lethargic, with only 63 State parties up to date. This appears rather cynical, in view of these countless condemnations and the rising number of cases. In fact, it is estimated that each day, 1 000 persons are forcibly disappeared, in countries all over the world.  This proves that enforced disappearances are indeed a pressing matter of international concern.

In this introductory blogpost, we argue that the phenomenon of enforced disappearance is a particularly complex and multi-layered human rights violation, by showing that enforced disappearances are (1) committed in many different contexts and (2) violate multiple human rights of a (3) particularly wide range of persons. We conclude that resolute action is needed to punish and prevent this crime, starting with the universal ratification of the Convention.

While enforced disappearances are often associated with military dictatorships of the past, the reality shows that this is an overly limited view. In fact, the contexts in which these crimes are committed nowadays are particularly multi-faceted and diverse, raising complex legal and factual questions.

According to article 2 ICPPED, enforced disappearances are defined as a (i) deprivation of liberty combined with the characteristic aspects of both, (ii) an element of state involvement and (iii) an element of disguise, such as the refusal to acknowledge the deprivation or the concealment of the whereabouts of the disappeared person. The legal consequence of said deprivation of liberty is thus that the disappeared is placed “outside of the protection of the law”. However, this traditional perception is increasingly challenged by the emergence of new situations. Three examples illustrate this evolution.

First, in view of the rising number and forms of cases committed by non-state actors, in particular in the context of armed conflicts and organised crime, the traditional conception of state involvement is being questioned. In consequence, the Working Group has decided to document cases of disappearances that are allegedly committed by “non-State actors that exercise effective control and/or government-like functions over a territory” (WGEID 2019 Annual Report, para. 94).

Second, the Committee and the Working Group have noted an increased vulnerability of persons to enforced disappearances in the context of migration (WGEID 2017 Report on Enforced Disappearance in the context of migration, CED 2019 Guiding Principle 9, para. 1). Indeed, the international migration routes as well as the potential risk of being subjected to an enforced disappearance upon expulsion (CED 2020 ELA v. France) are currently raising new sets of questions.

The acts that constitute the continuous crime of enforced disappearance violate a broad range of human rights of the disappeared person, guaranteed by different legal instruments. With little surprise, enforced disappearances have therefore been addressed by all regional human right systems and by UN treaty bodies (mainly CED, CAT, HRC; but also CEDAW and CERD).

These rights are closely linked to the three elements of the above-mentioned definition of enforced disappearance. The element of deprivation of liberty violates several human rights guaranteeing the liberty and security of the person (HRC 2018 General Comment No. 36, para. 58). The right to life is violated when the disappeared person is killed. Some international courts have also recognised a violation in situations  where due to the circumstances the disappeared is presumably dead (e. g. ECtHR 1999 Çakıcı v. Turkey, para. 87). The mere fact to be subjected to an enforced disappearance amounts to a cruel or inhumane treatment that is prohibited under all regimes of human rights (e. g. HRC 1990 Mojica v. Dominican Republic, para. 5.7).

The inherent element of disguise and the consequence to be removed from the protection of the law may lead to a violation of the right to access to justice. This first affects the right to recognition as a person before the law (HRC 2019 Kandel v. Nepal, para. 7.16). It can also, in some circumstances, lead to a violation of the right to fair trial, and to an effective remedy (ECtHR 1999 Çakıcı v. Turkey, para. 114). Besides these civil and political rights, enforced disappearances also affect the economic, social, and cultural rights of the disappeared person, such as the right to health, education, and family.

Enforced disappearances also relates to a set of rights that are more specific to this particular crime. First and foremost, the right not to be subjected to an enforced disappearance, whose non-derogable nature has been established for the very first time explicitly by article 1-2 ICPPED (Abe 2020, p. 420).

Enforced disappearances are a multi-dimensional phenomenon, each incident affects a wide range of persons. Indeed, the relatives and friends of disappeared persons suffer from the daunting absence of their loved one(s), the uncertainty regarding their fate and whereabouts, and an increased mistrust in state authorities. They are burdened with administrative and legal issues that they must resolve in particularly stressful circumstances. International jurisprudence has acknowledged unanimously that this suffering of the relatives can amount to a cruel or inhumane treatment that is prohibited under international law (e.g. ECtHR 1999 Çakıcı v. Turkey, para. 98; IACtHR 2006 La Cantuta v. Peru, paras. 58, 123; 2006 HRC Boucherf v. Algeria, para. 9.6)

The CED has specified further the right to an investigation under article 24 ICPPED, highlighting the right of any person with a legitimate interest to participate actively in the investigation and the search (Guiding Principle 5; CED 2016 Yrusta v. Argentina, para. 10.8), as well as to access of information (articles 12, 18, 24-2 ICPPED; Guiding Principles 5 and 11; CED 2016 Yrusta v. Argentina, para. 10.6).

Due to the strong involvement of NGOs in the elaboration of the Convention (Citroni 2018, para. 2), the ICPPED recognises specifically the right to form organisations and associations to assist the victims of enforced disappearance (article 24-7 ICPPED).

The occurrence of an enforced disappearance affects the whole community, in a way that cannot be overestimated. The anguish and terror are irreversibly changing the existing social structure of the society as a whole.

In summary, enforced disappearances are a particularly complex and multi-layered phenomenon in terms of their different contexts, the multiple human rights affected and the wide range of concerned persons.

In light of the complexity of the crime, this phenomenon has thus to be „understood and confronted in an integral fashion“ (e. g. IACtHR 1988 Velásquez-Rodríguez v. Honduras, para. 150). This requires decision makers to develop tailored strategies to tackle impunity and adapt legal frameworks. A crucial step towards ensuring that there will be no more empty chairs due to enforced disappearance, would be the universal ratification of the ICPPED. At the academic level, a more in-depth engagement remains necessary and requires an open exchange involving victims, civil society actors and experts from different disciplines.

We will kick off this exchange with the Symposium, which will countdown from the International Human Rights Day (10 December 2020) to the anniversary day of the entry into force of the ICPPED (23 December 2020). We invite you to join the discussion! 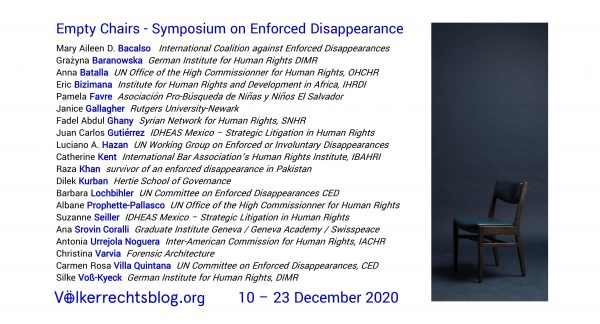 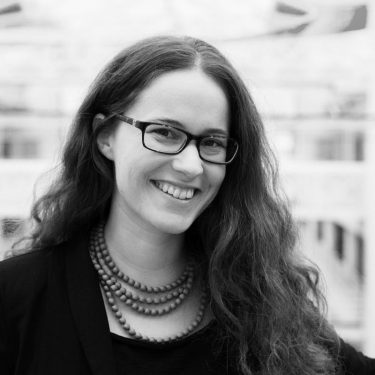