Contingency „Between“ and „Beyond“

The Prepositional Life of International Law

Between you and me, Professors Ingo Venzke and Kevin Jon Heller’s edited collection reads like a classic expositional text on the ways to think about contingency in international law – not unlike Susan’s Mark’s timeless work “False Contingency”. Composed of no less than 30 innovative readings of the operation – and non-operation – of contingency in international law and international legal history, there is a wealth of imaginative and provocative takes on contingency from which to choose. I originally committed to commenting on just two contributions to keep it manageable, but, like a dip into a box of more-ish chocolates, every time I read a Chapter, I was overwhelmed with the insatiable desire for “just one more”. Below are some thoughts on “The Prepositional Life of International Law” that came to me during the rapture of this gluttony.

If we think of legal scholarship as a form of literature, then it may be instructive to pay attention to the language and grammar that legal scholars deploy to approach and frame their object of study, in this instance “contingency”. In addition the epistemic value that etymology offers to our understanding of international legal concepts (e.g. “Revolutionaries”), other linguistic and grammatical devices, such as prepositions and “prepositional thinking”, can also offer insight into the methods, practices and prescriptions of international lawyers and scholars. The Editors of this collection have posed the question: “Could international law have been otherwise?”. My review explores not “what is the answer to this question?”, but rather “which grammatical technique has been chosen to answer this question?” Accordingly, I distinguish the “between” approaches from the “beyond” approaches to explain the role that contingency plays in revealing “The Prepositional Life of International Law”.

The preposition between can be used in two seemingly contradictory ways, including to describe a point in space, often separating, or to describe a connection or relation to two or more things. With respect to the former, many contributions to this edited collection locate the place of contingency in international law in an under-explored or hitherto unrevealed between-space. Ingo Venzke’s Introduction elegantly begins the search for contingency in international law by situating “contingency on the terrain between necessity and chance” (p. 4). For Venzke, “[c]ontingency delineates the field of what is possible, bounded by necessity, on one side, and chance on the other” (p. 5). Although this description of contingency is placed between “the sides” of necessity and chance, Venzke also characterises contingency as a connection or relation. Drawing on Robert Musil’s The Man Without Qualities, Venzke reads contingency as a relation between competing senses: the sense of reality and that of possibility (p. 4).

Other readings of the between-ness of contingency include Umut Ozsu’s forceful delineation of a particular Marxist theory of international law in which international law “gives expression to the capital-relation, formalising the struggle between dominant and dominated states, peoples, and classes” (p. 63). Ozsu situates contingency in international law “in co-constitutive relations between class power and juridical authority” (p. 62). Contingency, he suggests, falls in the fissure where “legally formalised distributions of power are neither entirely settled nor strictly inevitable”, and where “legal rules, practices, and institutions […] are historically specific, deeply contested, and thereby revisable class compromises” (p. 74–75). His conception of contingency is also a deeply relational one (verging on ontology), as it sketches a necessary fidelity to a particular conception of contingency that configures a Marxist: “being a ‘Marxist’ requires commitment not to the view that all contingency is illusory but simply to the view that contingency (like agency) is socially conditioned” (p. 64).

Samuel Moyn’s realpolitik conclusion to the collection, entitled “From Situated Freedom to Plausible Worlds”, claims that “[t]he contingent, properly understood, is neither the utterly random nor the wholly determined” (p. 516). Moyn argues that an account of contingency “at its best” is one that “expresses a commitment to a theory of situated freedom” (p. 516). This ideal form of contingency is one “neither conceding to the claims of unbending necessity nor pretending to an unbound and utopian sense of anarchic possibility that generally collapses into its opposite when it crashes into a recalcitrant world” (p. 516). The popular “neither-nor” framing of contingency (neither necessity nor chance) is established through an abridged intellectual history of the idea of freedom (an idea that Moyn rightly identifies as deeply connected to the concept of contingency). In its Western intellectual origins, we see how the idea of unbounded freedom moved from God to Man, as limits on human freedom came to be viewed as mainly self-imposed (p. 517). In Moyn’s examination of the idea of freedom’s determinations, he shows how freedom has been entangled in structuralist accounts of oppression that could not “afford to scant the play of causation and domination” (p. 518). A plea for compromise follows: “Why not, then, agree on a common premise of situated freedom […] Contingency and determination are from this perspective not mutually exclusive but both required for any sensible approach to social explanation and programmatic thinking” (p. 519). Moyn’s situated freedom is a freedom situated sensibly, somewhere between contingency and determination, between fate and action (“between” meaning both separating and connecting here). Furthermore, in order to sensibly recover contingency in the stories of the past about what could have been otherwise, Moyn argues that close attention must be paid not just to the kinds of counterfactuals one chooses to explore but, more importantly, to whether the act of recovery retains a quality of plausibility. (I suspect Moyn would concede (perhaps grudgingly) that one person’s possibility is another’s plausibility.) The alternative to this quality, is “utopian thinking” which “absconds from the difficult situational analysis of the real constraints and potentialities from time to time and place to place” (p. 524). What will we get if we follow his cautious blueprint for recovering contingent moments in the past? If we hold to a form of contingency that both sits between utopian thinking and the belief in destiny and concedes the immutability of some structural obstacles and constraints, we may recover the treasure of pragmatic freedom.

The preposition beyond can refer to the place on the farther side of a boundary, going past, surpassing, exceeding or it can mean “in addition to” in the sense of “besides”. Contributions that suggest moving beyond more settled frameworks of contingency (such as those oscillating between necessity and chance) are simultaneously observational and provocative.

Surabhi Ranganathan offers a gripping account of the 1982 United Nations Convention on the Law of the Sea (UNCLOS) as a “product of structure and agency, expressing material interests and transformative ideology” (p. 233). Through her exploration of the counterfactual “what if Arvid Pardo never delivered his famous speech advocating the designation of the deep seabed as the common heritage of mankind?”, she suggests both the presence and absence of contingency (in the form of individual agency). Without this speech, the law of the sea may indeed have been different (in a number of undesirable ways), but she also adds that if one examines other relevant historical factors – such as “new discoveries, techno-optimism, and fears of resource scarcity” – UNCLOS “might resemble what it did become in many respects” (p. 244). Her contribution thus implores us to go beyond settled and instrumentalised understandings of contingent moments in the history of UNCLOS, to recognise instead the constitutional contingency of UNCLOS that is “desirable in our time” (p. 245): namely, one that rejects the extractive imaginary in favour of redistribution and ecological protection.

Geoff Gordon’s fascinating piece “The Time of Contingency in International Law” asks us not to view contingency as something which we need to “bring into” international law to enact or recover social change, but to instead view it “as a key element in the operation of international law as a mode of power” (p. 162). If, he argues, international law as a field is indeterminate, “not only can every decision or disposition always be otherwise”, but “when a given rule or right is amenable to divergent readings, […] resolution will be driven by other powers and things” (p. 162). Those “other powers and things” are governed by a “humanist temporality”, which is composed of formal terms (Cartesian and Kantian conceptual premises about the individual atomised subject and its negative duties) and material terms (the economic distribution of goods and power to actors according to preconfigured capacities). This material temporal order is upheld by international law, to produce this effect of contingency in international law: “the normative affirmation that [international law] could have been otherwise upholds material commitment to the actually existing distribution of goods that it supports” (p. 164). For Gordon, contingency is thus baked into international law, such that we must move beyond the idea that it is exogenous and think about the necessity of the otherwise in international law’s own story of its march towards progress. Reading Gordon’s Chapter made me think that perhaps contingency is inherent in the materiality of international law, a “ready made”, much like Marcel Duchamp’s Fountain.

Fleur Johns’ chapter “On Dead Circuits and Non-Events” throws more than a few curveballs into the discussion of contingency, to which I cannot do justice here. It is a must-read for anyone who attempts to recover contingency in international law through historical narratives. In essence, Johns calls on international lawyers and scholars to perform a Kuhnian “paradigm shift” (the scientific expression for “revolution”) by asking us to reconsider the search for hidden contingencies in past histories of international law (p. 42) for several compelling reasons. One is simply that the link between consciousness of contingency and emancipation is a tenuous one at best, especially for some non-determined and non-determinative modes of power (such as vectorial modes) (p. 33). Another is that contingency is part and parcel of how modes of power operate in complex global phenomena (she offers three useful examples of financialisation, datafication and development to drive this point home). Fundamentally, Johns argues that raising awareness of contingency in international law may be “beside the point” (“beside” meaning “beyond” here), as [l]egal techniques, artefacts, and professional sensibilities imbricated in these [global] phenomena tend, on the whole, to work to cultivate and curate contingency, not to cover it up” (p. 30). Raising awareness of contingency thus becomes an excess (another form of beyond). Moreover, she argues that “greater consciousness of contingency is likely to be beside the point for many operations of global power, namely those that depend in large part on a sense of human and non-human actions and interactions taking place under circumstances of contingency and having contingent effects” (p. 32). Johns provides numerous suggestions as to how different modes of power can be addressed by international lawyers who want to move beyond recovering contingency through historical narratives. I have found her call to explore non-evental aspects of international law helpful in rethinking a talk I gave on “Revolutionary Contingency in International Law: Thomas Sankara, Assassination, & Necropolitics”.

International law has a grammar, one which can be read and pulled apart in different and revealing ways. I hope that by highlighting the “prepositional thinking” structuring understandings of contingency in international law – namely the “between” and “beyond” approaches – my engagement with parts of this ground-breaking and highly enjoyable edited collection by Venzke and Heller has managed to shed some light on the prepositional life of international law. 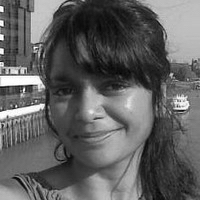 Dr Vidya Kumar is an Associate Professor of Law at Leicester University (UK).