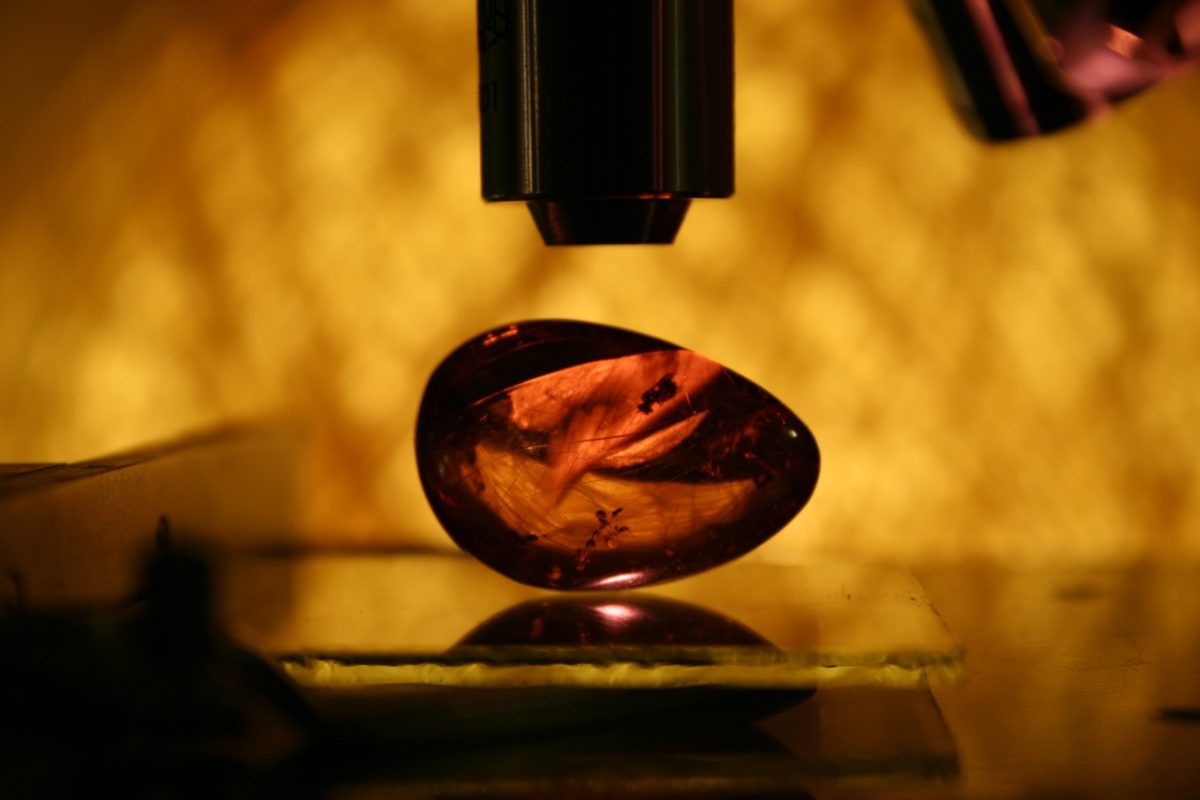 Palaeontology’s Blood Diamonds Through the Lens of International Law

“Jurassic Park” popularized the potential of amber for the research of extinct life forms: specimens of plants and animals can survive millions of years in a three-dimensional shape, with the texture of skin, feathers, or leaves preserved in fossilized tree resin. The world’s oldest and most biodiverse amber deposits lie in northern Myanmar, where it is mined under ethically provoking conditions. As this issue has only touched palaeontology circles so far, this contribution sheds light on it from an international legal perspective.

Myanmar’s amber-rich Kachin State has been witnessing armed conflict between the Myanmar military and the Kachin Independence Army since 1962. While much of the conflict is resource-driven, it also features an element of repression against the largely Christian ethnic minority, which has incidentally even been alleged to amount to genocide. After a 17 years’ ceasefire, violence broke out again in 2011 – around the same time when amber exports began to boom. In 2018, government forces seized control of the mining areas in Kachin, but the area remains contested.

Besides, Burmese amber is mined under dire conditions. Mines plunge 100 metres deep and are often so narrow that only teenagers are able to dig out amber with hand tools. Palaeontologist Lida Xing estimates that hundreds of workers die every month when mines flood or cave in. Moreover, a fact-finding mission of the UN Human Rights Council reported in 2018 that “[h]uman rights and international humanitarian law violations, including forced labour and sexual violence, have been perpetrated by the [Myanmar military] in mining areas, particularly in Kachin State.” Eventually, most amber is smuggled to Tengchong, China, where palaeontologists compete with private collectors and jewellery makers for specimens of scientific value.

A Problem for International Law

In palaeontology, researchers and journals have taken different stances on the issue. While there have been calls for an outright ban of fossil specimens from Burmese amber mined after 2017, some advocate a more nuanced approach, warning about a potentially considerable loss in scientific knowledge from a source that has so far fuelled an astounding research output. From an international legal perspective, the issue is strongly understudied. This is surprising insofar as it offers a wide range of points of departure for analysis. Probably the most obvious one is the human rights dimension regarding the working conditions of the amber miners. Myanmar has ratified the International Covenant on Social, Economic and Cultural Rights, whose Art. 7 provides for the “enjoyment of just and favourable conditions of work”, as well as the Convention on the Rights of the Child. Besides, it is a party to a number of ILO conventions, including the 1930 Forced Labour Convention and the 1999 Worst Forms of Child Labour Convention. The spatial location of the amber mining area in a non-international armed conflict would also warrant a discussion from an international humanitarian law perspective under special consideration of the 1954 Convention for the Protection of Cultural Property in the Event of Armed Conflict. However, this post will view the issue of Burmese amber through the prism of the international law against illicit trafficking in cultural property.

Myanmar’s Obligations Under the 1970 UNESCO Convention

The 1970 UNESCO Convention on the Means of Prohibiting and Preventing the Illicit Import, Export and Transfer of Ownership of Cultural Property is a centrepiece in the protection of cultural property from illicit trafficking. The instrument entered into force for Myanmar on 5 December 2013 and covers, inter alia, “objects of palaeontological interest” [Art. 1(a)] “found within the national territory” of a contracting state [Art. 4(b)] – classifying amber with fossil inclusions as cultural property. Thus, Myanmar is bound to “prohibit the exportation of cultural property from their territory” unless accompanied by an appropriate certification [Art. 6(b)], and “to prohibit the import of cultural property stolen from a museum or a religious or secular public monument or similar institution” in another contracting state [Art. 7(b)(i)]. Besides, Myanmar must “impose penalties or administrative sanctions on any person responsible for infringing” upon the abovementioned prohibitions [Art. 8].

According to its 2019 periodic report to the UNESCO, Myanmar has passed the 2015 Protection and Preservation of Antique Objects Law in response to its ratification of the Convention, repealing the 1957 Antiquities Act. The 2015 Law also covers fossils under section 2(a) and requires the Ministry of Culture to “prevent smuggling of antique objects to foreign countries by illegal means and to recover antique objects that have been taken outside the country illegally” [section 5(b)].

Furthermore, the 2015 Law contains several penal provisions. Illegally exporting cultural property is sanctionable with at least five and up to ten years’ imprisonment and/or with a fine of up to ten million kyats (ca. 5.200 €) [section 15]. Prison sentences and fines may also be imposed for excavations without permission [section 16], for commercial trade in cultural objects [section 17], or even for a failure to notify the authorities of the discovery of an object whenever there are reasonable grounds to believe it is a cultural object [section 19].

While this seems to be clear-cut legislation, there is a twist. The objects of Burmese provenience that palaeontologists are interested in are not merely fossils, but fossils included in amber. Amber in turn is explicitly classified as a gemstone under the 2019 Myanmar Gem Law [section 2(a)], supposedly in accordance with earlier gemstone legislation. As such, its exportation is in principle legal. This has led many commentators (like here and here) to consider the export of amber with fossil inclusions legal as well.

Indeed, the fact that the gemstone and the fossil are inextricably linked in the case of amber specimens admittedly causes an interesting conflict of laws concerning the legality of their export. Nevertheless, Art. 27 of the Vienna Convention on the Law of Treaties provides that a state “may not invoke the provisions of its internal law as justification for its failure to perform a treaty”, speaking against resolving this conflict by giving primacy to the Gem Law. An interpretation in conformity with international law thus requires an application of the 2015 Law to fossils in amber. Accordingly, Myanmar would have to treat amber specimens with inclusions of palaeontological interest as objects of cultural property in order to comply with its international legal obligations.

Although there is no evidence that Myanmar’s military junta directly generates revenue from Burmese amber, the sheer amount of amber that is exported to China and sold there to collectors, jewellery makers, and researchers indicates that Myanmar’s enforcement is seriously deficient. When asked about the measures undertaken to counter illegal excavations in the periodic report, Myanmar merely referred to the penal provisions of the 2015 Law. Besides, it conceded to not having a policy to prevent the illicit export of cultural property and to a rather weak stakeholder engagement. Even more strikingly, Myanmar reported zero incidents of theft and illegal excavations for the four-year period upon ratifying the Convention. When asked about the major challenges in preventing such incidents, it identified, inter alia, a lack of police and customs capacities, deficient coordination among stakeholders (incl. the art market), and lacking legal expertise.

Clearly, Myanmar is currently unwilling or unable to fulfil its obligations under the UNESCO Convention by protecting an important part of its cultural heritage from being looted, smuggled, and sold to foreign researchers at best, or to jewellery makers at worst. This is not only regrettable from a cultural heritage standpoint, but also from a scientific one: the competition of palaeontologists with private buyers on Chinese markets had prices skyrocket, and researchers’ lack of access to the mines complicates the accurate dating of the specimens and leads to a loss of information that is only available through study of the find context. Consequently, the international community should increase diplomatic pressure on Myanmar and encourage it to comply with its international legal obligations regarding domestic enforcement. Parallelly, UNESCO should channel assistance for Myanmar to tackle the major challenges it has expressed to face in the protection of its cultural property.

Besides, Myanmar also is a party to the 1995 UNIDROIT Convention on Stolen or Illegally Exported Cultural Objects. The instrument was commissioned by UNESCO and deals with the private law implications of the restitution of stolen cultural property. It is considered to “provide an excellent framework but fail because of a lack of ratification”, so a potential restitution of Burmese amber under the Convention could put an important spotlight on an instrument that has yet to realize its full potential.

Alongside these political implications, the issue of Burmese amber certainly warrants further attention in international legal scholarship. The intersection of cultural heritage law, human rights, the law of armed conflict, and the interplay of domestic and international law certainly make this understudied matter a promising subject for further research.

The author thanks Prof. Dr. Dr. Sabine Freifrau von Schorlemer for her insightful remarks on the matter. 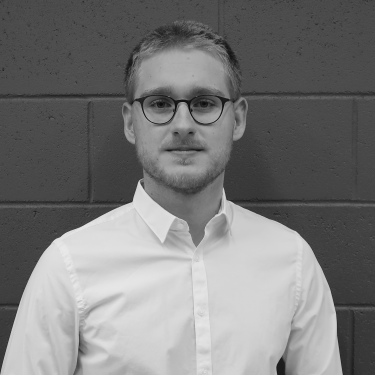