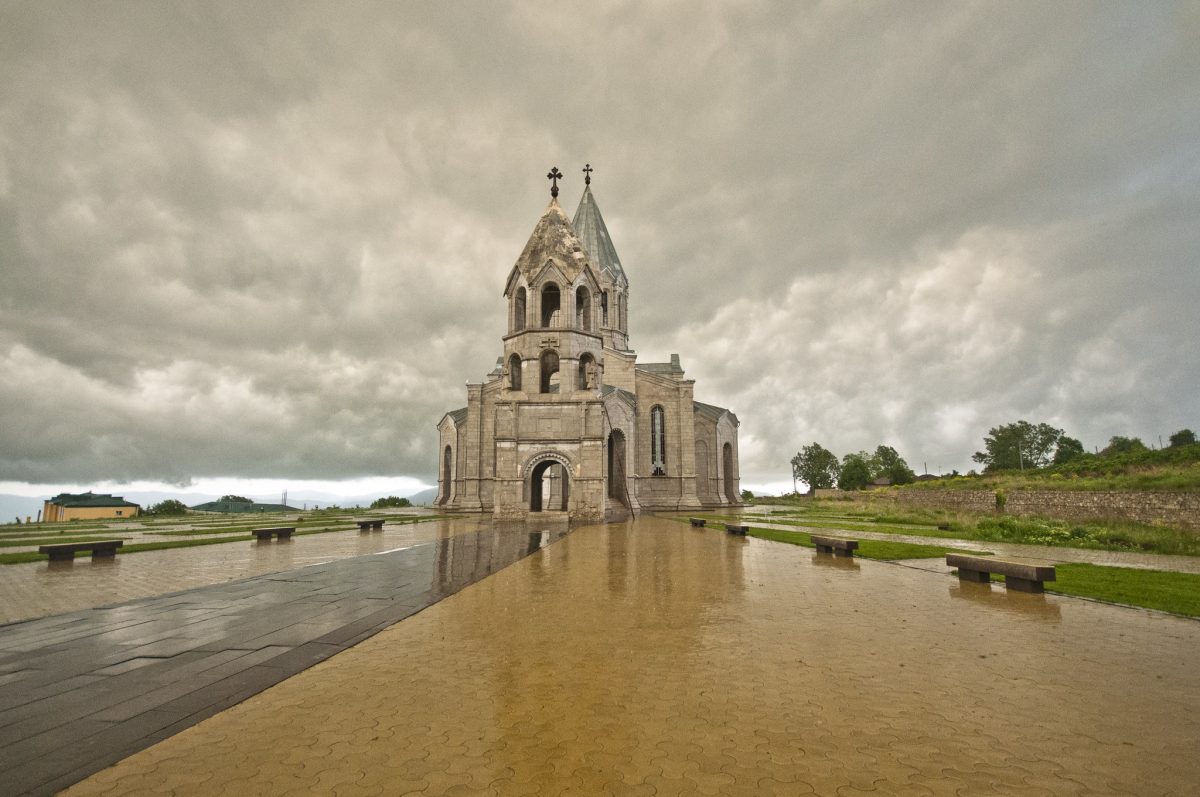 A Violent Effort to Rewrite History?

The geographically small Nagorno-Karabakh is rich in cultural and religious heritage. It is therefore not surprising that the recent war between Armenia and Azerbaijan over this contested territory spurred not only considerable debates about both the ius ad bellum and the ius in bello (for example here, here and here), but also concerns about the safety of the region’s cultural heritage. De jure a part of Azerbaijan since Soviet times, with ethnic Armenians in control since the end of the last major conflict between the Armenia and Azerbaijan in 1994, the tables shifted again in Nagorno-Karabakh as a result of last year’s war.

Over 4,000 Armenian heritage sites such as historical churches, monasteries, monuments and cultural museums are said to be potentially at risk (e.g. here and here), including the famous monastery complex of Gandzasar, which was founded in 1216 and represents one of the most important pieces of Christian heritage in the region. Furthermore, Armenia officially reported to the UN Secretary-General about attacks against the Armenian Church of the Holy All-Savior (Ghazanchetsots) in Shushi, founded in 1888 and one of the largest Armenian Apostolic churches. Azerbaijan – somewhat expectably – denies any intentional destruction of these and other cultural and religious sites, claiming that its forces “do not target historic, cultural and especially religious buildings and monuments.” At the same time, Azerbaijanian sources accuse Armenia of destroying ancient Albanian, Muslim and Orthodox cultural and spiritual heritage “by Armenianizing and Gregorianizing it”.

Past and Current Destructions of Cultural Heritage in the Region

Even though the conflict between Armenia and Azerbaijan can be characterized less as a religious conflict but rather as an ethnoterritorial one (see Halbach 2016), Armenian and international commentators fear that further destruction of cultural objects will continue also after the ceasefire-agreement of 10 November 2020 between Armenia, Azerbaijan and Russia has come into force. According to the ceasefire-agreement, about 80 per cent of the territory of Nagorno-Karabakh – and with it the cultural and religious heritage in this territory – comes under the control of Azerbaijan. In the immediate aftermath of the cease-fire, concerns were expressed that hundreds of historical churches, monasteries, monuments and museums might be at risk. In December 2020, the Bishops of the Church of England cautioned that “it is time to act now before centuries of history are lost forever” and urged UNESCO to help protect Armenian cultural heritage. UNESCO’s Director-General, Audrey Azoulay, in a meeting with representatives from both countries recalled the provisions of the 1954 Convention for the Protection of Cultural Property in the Event of Armed Conflict and its two (1954 and 1999) Protocols, to which both Armenia and Azerbaijan are parties and reaffirmed the universal dimension of cultural heritage, “as a witness to history and as inseparable from the identity of peoples, which the international community has a duty to protect and preserve for future generations, beyond the conflicts of the moment”. To some commentators, the destructions already inflicted upon cultural and religious sites go beyond a violation of the 1954 Hague Convention. The Members of the International Association of Genocide Scholars, for instance, regard these destructions also as “a part of policy of the cultural genocide that the Azerbaijani government has been implementing over the past 30 years” (see also here and here).

Given a significant decline in reports from the region since the beginning of 2021 and a general lack of unbiased sources, it is difficult to impossible to verify these warnings and accusations. At the same time, the allegation of cultural genocide by Azerbaijan is not entirely new and precedes the recent flare-up of violence: in February 2019, a report published in the art journal „Hyperallergic“ points out that the Azerbaijani government systematically erases Armenian heritage in Nakhichevan, an Azerbaijani exclave and autonomous republic bounded by Armenia, Iran and Turkey. The report alleged that 89 Armenian medieval churches, 5,840 khachkars (distinctive Armenian cross-stones), and 22,000 tombstones of Armenian origin, including the medieval Djulfa cemetery, have been destroyed as part of a systematic policy of erasure on the hands of Azerbaijan officials. Azerbaijan, on the contrary, denies the existence of the sites in the first place and claims that Nakhichevan was never Armenian. Azerbaijan’s president Ilham Aliyev has made similar allegations concerning Nagorno-Karabakh. Thus, fears are expressed that Azerbaijan engages in the destruction of Armenian heritage in a move to rewrite history and thus counter any Armenian claims on contested territory (Azerbaijan claims that the churches in Karabakh are not Armenian but actually “Caucasian Albanian”, see e.g. here). While the situation at the moment seems to be rather inconspicuous, some authors warn that “cultural genocide will occur slowly over many years, if not decades” (see here  and here). Since the allegation of genocide or cultural genocide must not be brought lightly, a closer look at the concept of cultural genocide is required.

The Concept of Cultural Genocide

Can the attacks against religious heritage sites in Nagorno-Karabakh be subsumed under one of these two definitions? While the acts of destroying cultural sites such as churches or cross-stones could potentially be considered as part of the technique of implementing genocide (actus reus), at this time, publicly available reports and information do not hint at a special intent by Azerbaijan to destroy the group (mens rea). Without this dolus specialis, there can be no charge of genocide. Regarding the broader conception, if predicted destructions of Armenian heritage will actually take place, now that the contested region is under the control of Azerbaijan, these could be part of a longer-term process that aims at erasing the identity of the Armenian people in Nagorno-Karabakh. From this perspective, the already mentioned destructions in Nakhichevan could be an important part of the wider picture.

Since the Armenian Apostolic Church is a “symbol of identity and cohesion” for many Armenians, the damage to historic religious sites could be “motivated by a desire to diminish historical roots and cultural diversity”. Here, the perspective has to be widened to look beyond international criminal law. During war, the destruction of cultural and religious heritage is prohibited under the 1954 Hague Convention and protocols. Such acts can also amount to war crimes under the 1999 Rome Statue (cp the ICC’s judgement in Al Mahdi). In peace-times, the intentional destruction of cultural and religious heritage has equally become outlawed. As a consequence of the destruction of the Buddhas of Bamiyan by the Taliban in 2001, the 2003 UNESCO Declaration concerning the Intentional Destruction of Cultural Heritage was passed, which some already consider as part of customary international law (Novic, p. 243). Subsequently, the UN Security Council issued several resolutions condemning the unlawful destruction of cultural heritage (see most notably Resolution 2347 (2017)). Furthermore, given the close connection of heritage to the dignity and identity of groups, acts of destruction could also amount to human rights violations of the Armenians and would have to be addressed accordingly.

‘Cultural Genocide’ as a Warning Tool

As things stand, the attacks of cultural and religious heritage in Nagorno-Karabakh cannot be considered cultural genocide in the narrow, criminal law understanding of the concept. In its broader understanding, future wide-spread destruction aimed at erasing the historical roots of Armenians in the region could amount to cultural genocide. In this sense, the evocation of cultural genocide serves as warning tool and a reminder for the international community not to turn its back to Nagorno-Karabakh, now that the ceasefire agreement is in place and the situation seems to be (deceptively?) calm. Against the background of potential human rights violations and the 2003 UNESCO Declaration, UNESCO and the international community must closely monitor the fate of religious heritage and take appropriate measures for their protection. UNESCO’s proposal to provide technical support and carry out a field mission should be considered with priority by the relevant actors involved, including the Minsk Group. Only with unbiased and reliable information about the developments on the ground, which are rare at the moment, early signs of systematic destruction of cultural heritage can be discovered and necessary measures be taken.

The author wishes to thank Rasmus Wittrin for his extraordinary research support in the preparation of this blog post.

Update on 19th May 2021: This text has been changed after criticism we received concerning several formulations used in the text. In light of this criticism, we have updated those parts of the text that refer to the online publication Hyperallergic and one of its contributors. Against the backdrop of an active and violent conflict, we wanted to make sure the sources our contributor referred to are contextualized. The way in which this was done, however, was rightly pointed as misplaced and as appearing to doubt the reliability of these sources. As the rest of the article including its conclusion makes clear, the author does not deem the relevant source unreliable but in fact agrees with its main claim. 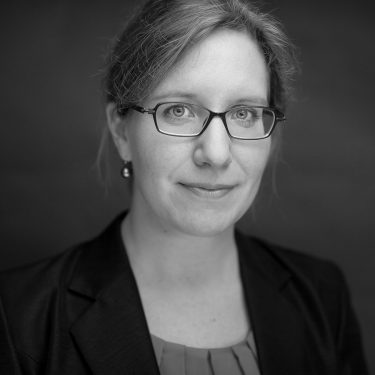 Dr. Sylvia Maus (LL.M.) is a lecturer in international law. Until March 2021, she was the scientific coordinator of the UNESCO Chair in International Relations at Technische Universität Dresden. She serves as the vice-chairman of the regional branch Saxony, Saxony-Anhalt, Thuringia of the United Nations Association of Germany (DGVN-Landesverband Sachsen, Sachsen-Anhalt, Thüringen).