Caught between Principles and Perfectionism

One of the driving forces behind the movement towards a legally binding instrument on business and human rights (BHR) has been the need for effective remedies for victims of corporate human rights abuses. While the obligation to provide remedies is primarily territorial, the recommendation that States identify and remove barriers to judicial remedies for legitimate claims also applies to transnational cases: where the alleged harms occurred outside the forum. There is a growing body of scholarship, reports and recommendations identifying the barriers faced by victims in such cases, which are often brought in the home States of the defendant multinational. These barriers range from jurisdictional limitations to disclosure rules to lack of financial resources. Corresponding State action to remove or lower these barriers has however been conspicuously lacking – judicial remedies are neither the subject of proposed action in most national action plans (NAPs) published so far, nor have there been legislative proposals that lower barriers to remedy in cross-border litigation.

It is arguably this lack of State action that has prompted the Open-Ended Intergovernmental Working Group (OEIGWG) drafting a BHR binding instrument to address several specific legal and practical barriers to judicial remedy and access to court, most of which are primarily relevant to litigation in home States. The current, Third Draft is the most detailed of the drafts published so far: article 8 first outlines general obligations to ensure victims can hold corporations liable in domestic courts for human rights abuses. Unusually for a human rights instrument, this is then followed by provisions that address specific areas of domestic private law and private international law: article 9 establishes mandatory grounds for adjudicative jurisdiction of domestic civil courts; article 10 addresses statutes of limitations; article 11 creates options for determining applicable law; and article 12 concerns obligations to provide mutual legal assistance. This post will argue that this rule-based approach aimed at harmonization may create more problems than it resolves; and a more principles-based agreement is first necessary before such detailed provisions can be agreed on.

Jurisdiction as an Example

Some of these changes will raise red flags for private international lawyers, especially for those familiar with European private international law. No legal system, certainly not in the EU, currently defines a legal person’s domicile based on the presence of assets alone – and the few States that recognize the presence of assets in the forum as a legitimate jurisdictional link at all, have over time significantly restricted this likely exorbitant ground. Nationality or domicile of the victim or plaintiff as a ground for adjudicative jurisdiction is certainly regarded as exorbitant by most States, as evidenced by its placement on the ‘black list’ of prohibited grounds in the Preliminary Draft Convention on Jurisdiction and Foreign Judgments in Civil and Commercial Matters of The Hague Conference on Private International Law.

One could moreover question the wisdom of emulating the Brussel-Ibis Regulation at all. The Regulation was not created to operate as a model jurisdictional regime for universal use; its purpose is to facilitate free circulation of judgments, in support of the EU internal market (Recital 4). The principle of mutual trust between EU Member States is fundamental to how it operates (Recital 26), and there is no such principle on a worldwide scale. It is also a product of the European civil law tradition: it emphasizes legal certainty through predictability and relies on codified, black letter law from which only limited exceptions are possible (Recital 15). That outlook is distinct from -for example- common law traditions of the UK and the US. These traditions emphasize individual due process and judicial discretion through the exercise of restrictive doctrines like forum non conveniens, which the Third OEIGWG Draft also rejects in article 7.3(d) and article 9.3.

Thus, the Third OEIGWG Draft tries to create a universal harmonized regime for adjudicative jurisdiction in a single article, based on one particular legal tradition. It is unlikely that (home) States from other traditions would agree with an instrument that contains such regime, especially as earlier attempts at this level of harmonization have failed. Indeed, negotiations on the aforementioned Draft Convention at the Hague Conference eventually collapsed due to the fundamental differences in outlook between the US and the EU. The variety of jurisdictional traditions that would be subject to article 9 is even wider, so the potential for disagreement even greater. And given the proposed deviations from the Brussels-Ibis regime, it is unlikely that even the EU would agree.

A Problem of Rules and Principles: Better Chances with a Framework Convention?

One could make similar observations on articles 9 to 12 of the Third OEIGWG Draft: they create self-contained ‘mini-regimes’ of private (international) law, and like the jurisdiction regime, these proposals are liable to evoke significant resistance. But rather than push for renegotiating the exact provisions, it is argued here that the entire approach to resolving barriers to remedy needs to be reconsidered, and approaching the instrument as a framework convention is a likelier road to success.

Recall that one of the main drivers of the treaty drafting process is the lack of home State action to remove barriers to access to judicial remedy, absent enforceable obligations. The drafters have thus far opted to solve this problem through a rule-based approach, prescribing and harmonizing how (home) States should remove these barriers. But this overlooks the fact that neither the UNGPs, nor other human rights instruments currently recognize or establish binding obligation for home States to provide judicial remedies for extraterritorial harms at all. Even General Comment 24 of the Committee on Economic, Social and Cultural Rights (CESCR), arguably one of the more progressive interpretations of human rights law as it pertains to business impacts, is careful not to state that the right to remedy creates obligations by other States than the State where the harm occurred.

In other words, the underlying question of why home States should consider adopting these rules is not resolved. There are however reasons to assume that home States increasingly accept that they can and should provide better access to (judicial) remedies: for example, the recent European Commission proposal for a Directive on Corporate Sustainability Due Diligence includes a civil liability provision that can be accessed by foreign victims (article 22 of the EC Proposal), and a number of European States have adopted domestic legislation with remedial provisions; these proposals for the most part do not directly change any rules of private international law, but indirectly lower barriers to judicial remedy by circumventing problems of jurisdiction and applicable law. A BHR binding instrument could more effectively capitalize on that emerging consensus and focus on establishing the principles, starting with the general obligation that home states shall endeavour to remove barriers to judicial remedy for victims with legitimate claims.

One may point out that even a legal obligation may not mean that home States will actually take action, so that simply establishing the principle would not be sufficient. This is why reframing the current draft as a framework convention may be a more viable way forward, as this takes the middle road between an overly general and an overly specific instrument. It could establish a foundational obligation as framed above, but with an explicit commitment to develop additional protocols or supplementary instruments addressing specific (procedural) barriers to remedy. This creates space to address their underlying legal frameworks in more detail, without making agreement on resolving one barrier contingent on agreement on another. When negotiating these protocols, there is further opportunity to integrate the recommendations of existing and ongoing BHR-specific initiatives such as the OHCHR Accountability and Remedy Project with these protocols, as well as the efforts of the Hague Conference on Private International Law. And lastly, even if States do not agree on any detailed protocols, the foundational obligation to remove barriers to remedy still stands, to which they can be held to account.

Reverting back to the principles first, and reserving development of specific rules for later is not without risk. As the International Committee of Jurists recently pointed out, the BHR treaty drafting process could lose its momentum if it has to restart from the beginning. Unwilling States could capitalize on the abandonment of specifics and try to water down potential obligations, committing only to the bare minimum. But the OEIGWG does not need to throw out all previous work: the current article 8 of the Third Draft is already a good starting point for an agreement on the core principle, and identification of barriers that should be addressed later. Moreover, the current approach gives States ample reasons not to agree with or even negotiate on the potential instrument, with a ‘free’ set of technical arguments to support their position. It is difficult to see how that would bring effective remedies any closer. 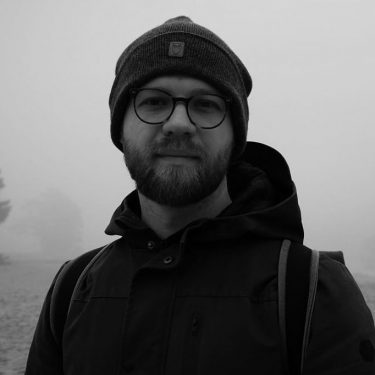 Dr. Lucas Roorda is assistant professor at Utrecht University, department of International and European Law, and postdoctoral researcher at the Utrecht Centre for Accountability and Liability Law (Ucall).