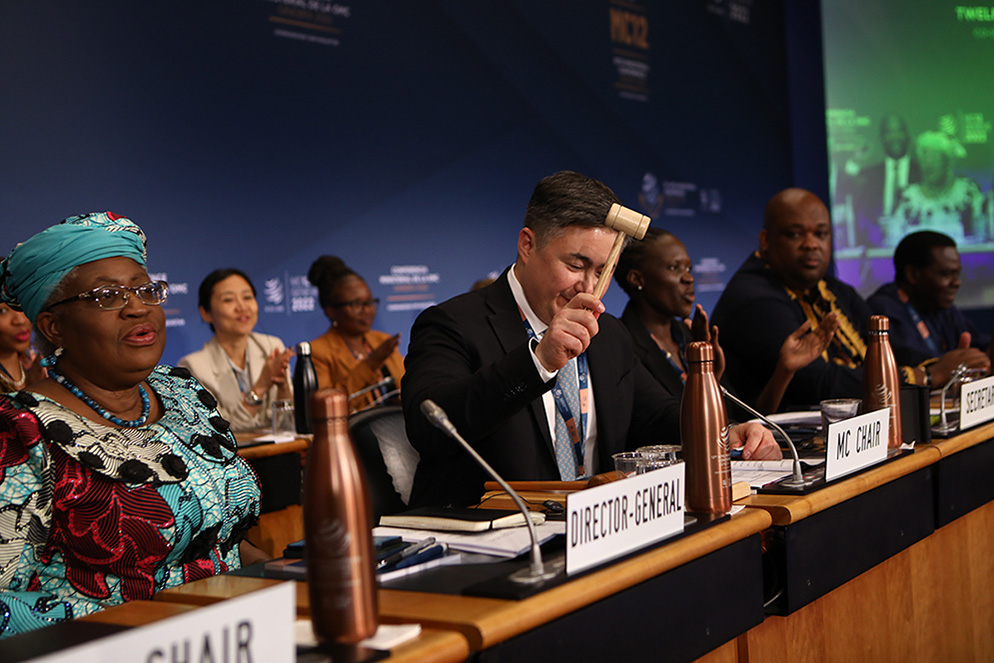 All That Glitters Is Not Gold(fish)

Progress, Missed Opportunities, and Shortcomings in the WTO Agreement on Fisheries Subsidies

At the twelfth Ministerial Conference (MC12) of the World Trade Organisation (WTO) (12-17 June 2022), WTO Members reached a landmark Agreement on Fisheries Subsidies (hereinafter: “the Agreement”). Pending ratification, the Agreement marks the most ambitious effort thus far in exploring the environment-trade nexus within the WTO. This blogpost assesses the outcome of the negotiations, gauges the Agreement’s contribution to the global governance of fisheries subsidies, and identifies possible shortcomings in the Agreement’s architecture.

The Agreement’s Architecture: A Success Story?

The problématique of fisheries subsidies has been extensively reported in highly influential studies, and need not be addressed at length here. According to the most recent data from the Food and Agriculture Organisation (FAO), in 2020 35.4% of the world’s fish stocks were exploited at an unsustainable rate. Against this background, the concern is that the massive global subsidisation to fisheries activities finances such unsustainable exploitation. In fact, in the most comprehensive survey of the issue, Sumaila and others concluded that, in 2019, a striking amount of USD 35.4 billion of fisheries subsidies were in place worldwide. 63% of these (USD 22.2 billion) enhanced the capacity of fishing fleets to capture fish, hence effectively contributing to the present, unsustainable global rate of fishing. It is thus hardly surprising that WTO Members, heeding the call long made by academics and civil society, invested significant political capital on supplementing the WTO’s Agreement on Subsidies and Countervailing Measures (SCM Agreement) with an instrument specifically devoted to disciplining fisheries subsidies.

The Agreement is largely based on the Draft Agreement circulated in November 2021, which has already received extensive analysis in the literature. Arts. 1-2 define the Agreement’s scope of application sticking to the SCM Agreement’s framework, accepting both the latter’s definition of “subsidy” (i.e., a financial contribution conferring a benefit) and its concept of “specificity”. The Agreement thus applies to specific subsidies which support “marine wild capture fishing and fishing related activities at sea”. Such subsidies are prohibited under three sets of circumstances:

Several “special and differential treatment” provisions apply across the Agreement, introducing grace periods for developing country Members (Arts. 3.8 and 4.4) or otherwise protecting their interests, most significantly by envisaging technical assistance in their implementation of the Agreement (Art. 7; further see Arts. 6.1 and 8.1(a)). The Agreement’s operation is subject to a mutual oversight mechanism, placing detailed notification obligations upon Members (Art. 8).

Members are subject to a full-fledged prohibition to grant the three categories of subsidies mentioned above. As per Art. 10, this comes in the shape of the regime currently applicable to export and local-content subsidies under Art. 3 SCM Agreement. Other Members can thus challenge ipso facto subsidies granted in contravention of the prohibition, without having to show that the latter causes “adverse effects” to their economy under Art. 5 SCM Agreement. Once a determination is made through WTO dispute settlement that a subsidy falls under one of the prohibited categories, the delinquent Member is under an obligation to “withdraw the subsidy without delay” as per Art. 4.7 SCM Agreement, without enjoying the discretion to otherwise offset its noxious trade effects (as is the rule for “actionable” subsidies under Art. 7.8 SCM Agreement).

These norms cumulatively reflect the idea that the covered subsidies are to be prohibited because they are environmentally harmful, above and beyond their possible trade implications. Against this background, the Agreement marks a considerable step forward in “the WTO’s environmental progress”, prioritising, for the first time in the WTO’s history, environmental consideration over trade concerns.

Further research would therefore be needed to precisely assess the practical impact of the removal of Art. 1.2. Such a provision would, however, undoubtedly have had a strong symbolic significance, signalling the WTO’s willingness to tackle the issue of fossil fuel subsidy reform more broadly – a question raised at MC11 already and also tabled at MC12, but essentially postponed to MC13. Dropping Art. 1.2 is thus, at the very least, a missed opportunity to establish a crucial link between different strands of environmental policy and their interface with international trade.

A more practically problematic feature of the Agreement is the transparency system envisaged by Art. 8. The creation of a common knowledge basis on existing subsidies is an unavoidable step towards the effective enforcement of any substantive disciplines. However, with respect to the most significant data, WTO Members are only obliged to make the relevant notifications “to the extent possible” (Art. 8.1(b)).

As elaborated upon in the Agreement’s Explanatory Note, this speaks to the legitimate concerns of developing countries, which often fall short of compliance with notification obligations out of capacity constraints. However, the vaguely-worded language of the provision risks resulting into a blank condonation of the endemic failure by WTO Members to abide by their transparency obligations. Against this background, one may legitimately ask whether, taking the Paris Agreement as a source of inspiration, a more effective solution could not have been to explicitly tie flexibility to capacity (thus not granting it to Members failing to comply out of lack of goodwill), and to envisage a more robust capacity-building scheme than the skeletal one currently envisaged at Art. 7 of the Agreement (to effectively tackle genuine resource constraints).

Finally, the progress made negotiating the Agreement risks being undone by Art. 12 of the Agreement. As per Art. 12, “[i]f comprehensive disciplines are not adopted within four years of the entry into force of this Agreement, and unless otherwise decided by the General Council, this Agreement shall stand immediately terminated”. This provision is to be read against the background of para. 4 of the Ministerial Decision adopting the Agreement (hereinafter: “the Decision”), envisaging the continuation of negotiations up to MC13. Members thereby explicitly acknowledge that the Agreement does not satisfactorily address all questions relating to overfishing. For instance, the Agreement dropped the cross-cutting prohibition on subsidies “that contribute to overcapacity and overfishing” envisaged by Art. 5.1 of the Draft Agreement. Consequently, the triggering of the Agreement’s prohibitions now hinges heavily on formal determinations of the relevant authorities (qualification of the relevant stock as overfished, qualification of an operator as engaged in IUU fishing, etc.). Such determinations may, however, well come too late in the day, negating the well-established need for fisheries protection to operate in the long-term.

Against this background, the high contentiousness of questions surrounding fisheries subsidies could eventually prevent WTO Members from garnering sufficient consensus on the “comprehensive disciplines” envisaged by Art. 12 of the Agreement, possibly resulting in the repeal of the progress made this far. Most likely, however, Art. 12 was a necessary bargaining tool at MC12. As per para. 1 of the Decision, WTO Members embarked on the ambitious route of negotiating the Agreement as a multilateral agreement, binding on all WTO members. This was a sensible step, with a view to avoiding the free-riding risk which has long (but perhaps less so in recent years) been associated with WTO plurilaterals. Against this background, Art. 12 emerges as a powerful foot-in-the-door mechanism, making it easier to establish consensus for the Agreement to enter into force. By retaining the possibility to block progress in the later negotiations on “comprehensive disciplines”, reluctant Members can, in fact, more easily commit to the Agreement, since they de facto reserve the possibility to cause its subsequent termination. For interested Members, on the other hand, Art. 12 provides an ingenious platform to push forward negotiations on the issue. The politics of WTO negotiations will become more apparent in the upcoming months, as Members engage in the process of actual ratification of the Agreement. Whether the foot-in-the-door strategy will eventually pay off, or the delayed-veto risk will rather materialise, will thus be more evident as WTO talks progress. For the time being, however, one should not be oblivious of the early termination risk looming at the horizon of MC13.

The Agreement is a welcome addition to the WTO acquis. It contributes to reining the subsidisation of overfishing, and upscales the WTO’s engagement with environmental issues. Room for improvement however remains, and WTO Members rightly committed to further negotiations in the years to come.  Worryingly, a stalemate in such negotiations may result in the demise of the baseline set by the Agreement itself. However, a moderate degree of optimism appears justified, in light of MC12’s capability to deliver on a number of issues, and of civil society’s already shown willingness to keep on backing Members’ negotiations. 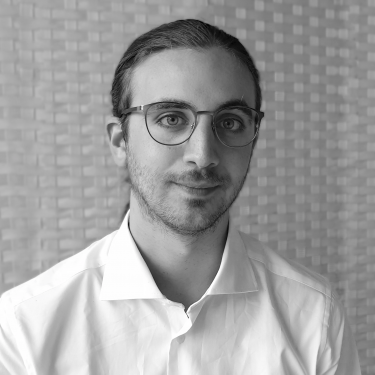