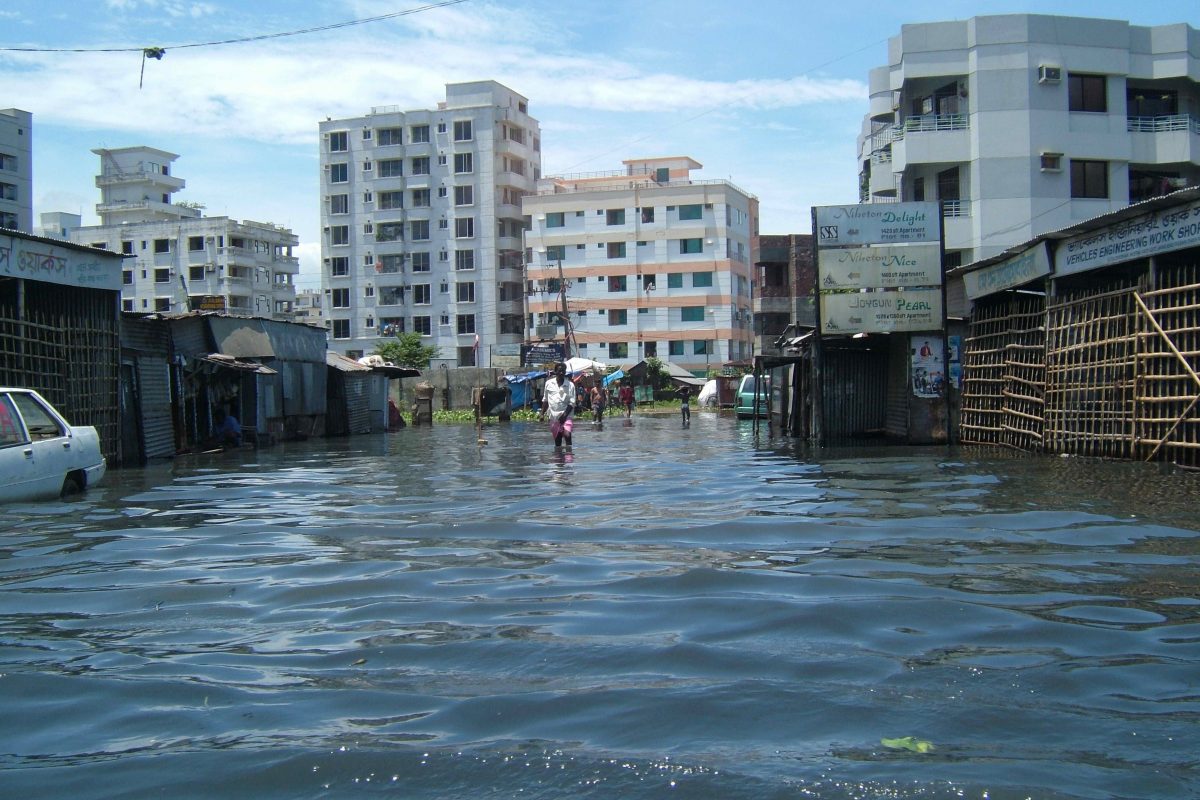 All that Glitters Is Not Gold

On 29 April 2021, the German Federal Constitutional Court held that the provisions of the German Federal Climate Change Act “are incompatible with fundamental rights insofar as they lack sufficient specifications for further emission reductions from 2031 onwards”. The ruling is widely perceived as a landmark decision for climate protection (see, e.g., here, here and here). However, less attention is paid to the fact that the Court rejected the constitutional complaints in all other respects. Among the rejected constitutional complaints is one filed by persons living in Nepal and Bangladesh (1 BvR 78/20). They asserted a violation of Germany’s constitutional duty to protect their lives, health and property against the risks posed by the adverse effects of climate change according to Article 2(2) first sentence and Article 14(1) of the German Basic Law (Grundgesetz – GG), respectively, based on Germany’s insufficient climate protection efforts. The Court denied such a violation (para. 173). This article addresses those parts of the decision that reject the claims of the foreign complainants. In doing so, it will show that the court has made it almost impossible for persons living abroad to take legal action against German climate policy despite being particularly affected by German emissions, and that the decision therefore has less of an international dimension than it first appears.

The starting point for the rejection is that the Basic Law distinguishes between general climate protection as objective law (see Article 20a GG) on the one hand and the protection of life and health as subjective fundamental rights on the other. Thus, “in order to preserve a climate that is friendly to the environment, animals and humans, measures may be required that would not be necessary solely for the sake of protecting human life and health, and vice versa” (para. 163). The difference is that climate change as such cannot be prevented by adaptation measures, whereas in the case of threats to life and health, complementary protection by adaptation measures (such as resettlement or the construction of dams, green areas and irrigation systems, paras. 164, 178) may in principle be possible (para 164).

According to the Court, emission reduction and adaptation measures complement each other and are inseparably linked when it comes to the state’s constitutional duty to protect fundamental rights against the risks posed by climate change (para. 181). In doing so, the Court grants leeway to the legislator to decide to what extent it combats the causes of climate change for the purpose of general climate protection by reducing emissions, and to what extent it merely implements adaptation measures against harmful climate change impacts on German territory (paras. 162, 165). With regard to the fulfillment of the constitutional duties to protect fundamental rights, the Court thus approves a mixture of combating causes and treating symptoms.

For the foreign complainants, the problem now arose that, while emission reduction as a measure tackling the causes of climate change benefits all people worldwide equally, only persons on German territory benefit from local adaptation measures as symptom treatment by the German government. In view of Article 1(3) GG, the Court indeed leaves it open whether duties of protection arising from fundamental rights also place Germany under an obligation vis-à-vis the complainants living in Bangladesh and Nepal (paras. 174, 175). It even admits that the complainants from Nepal and Bangladesh “are in their home countries particularly exposed to the consequences of global warming caused by worldwide greenhouse gas emissions”, concluding that “greenhouse gas emissions must be reduced to a climate-neutral level also in Germany” (para. 174). However, due to the limits of Germany’s sovereignty beyond German territory set out by international law, the Court assumes a smaller scope of protection towards non-Germans living abroad (paras. 176 et seq.). For adaptation measures in other states, such as Nepal and Bangladesh in this case, the Court contents itself with referring to the responsibility of the affected states (para. 178). With reference to Article 9(1) of the 2015 Paris Agreement, which stipulates that developed countries shall provide financial resources to assist developing countries with respect to climate change mitigation and adaptation, it leaves open whether “Germany assumes responsibility, either politically or under international law, for ensuring that adaptation measures can be taken to protect people in the poorer and even more affected countries” (para. 179). Against this background, the Court rejected a violation of Germany’s duty to protect the fundamental rights of the complainants from Nepal and Bangladesh.

In plain words, that means the Court accepts more severe climate change impacts in other countries which result from the fact that the Court grants Germany leeway to emit carbon dioxide because it is able to “compensate” such emissions by implementing adaptation measures on German territory to reduce national health consequences. Instead of referring to Germany’s limited possibility to implement adaptation measures abroad, the Court could have broadened the scope of fundamental rights protection to include also foreigners beyond German territory and thus obliged the legislator to focus more on reducing carbon emissions and less on mere local symptom treatment. After all, Article 2(2) first sentence GG is not limited to German nationals. Also, the impacts of the German contribution to climate change do not distinguish between different national territories. Quite the contrary, for a broader scope of protection of fundamental rights under the Basic Law the Court could have based its argument on the fact that the impact caused by German emissions is already now far more severe in states like Nepal or Bangladesh.

The intertemporal dimension of fundamental rights

The decisive part for the partial success of the other complaints was the newly developed principle of “intertemporal guarantees of freedom”, which the Court legally deduces from all fundamental freedoms and the duty to protect the climate stipulated by Article 20a GG (paras. 120, 185). The Court confirmed a violation of fundamental freedoms because the Federal Climate Act does not regulate emission reductions from 2031 onwards. In this context, the Court assumes an “interference-like pre-effect (eingriffsähnliche Vorwirkung, para. 183)” of current insufficient climate targets on fundamental rights. Thus conceived, “[a]s intertemporal guarantees of freedom, fundamental rights afford the complainants protection against comprehensive threats to freedom caused by the greenhouse gas reduction burdens that are mandatory under Art. 20a GG being unilaterally offloaded onto the future” (para. 183). For this reason, the Court has obliged the legislator to take precautionary steps also for the distant future to ensure a transition to climate neutrality that respects freedom.

However, the Court does not apply this intertemporal dimension on the fundamental rights of the complainants living in Nepal and Bangladesh, with the effect that only persons living in Germany benefit from the intertemporal guarantees of freedom. The Court argues that, due to the limits of German territorial sovereignty under international law, only the latter could be affected by future threats to freedom caused by strict climate protection measures on German territory (para. 132). Therefore, the Court denied the infringement of fundamental rights of the foreign complainants with regard to future threats and thus held their complaint in that respect already inadmissible (para. 132).

The Court thus applies a quite narrow conception of the intertemporal dimension of freedom by strictly linking it to future measures taken by German state authority. Instead of referring to future national measures threatening fundamental freedoms only on German territory, the Court could have taken into account prospective, probably even greater threats to freedom caused by climate protection measures that will have to be implemented in Nepal or Bangladesh. These measures would be an at least indirect consequence of the German contribution to climate change. With regard to the normative basis of the principle, neither Article 2(1) GG, to which the Court explicitly refers (paras. 117, 184), nor Article 20a GG are limited to German nationals and are thus open to a more international conception of the intertemporal guarantees of freedom.

The Court’s decision is undoubtedly a landmark decision, for German environmental constitutionalism will from now on truly speak in the future tense. However, this applies only to persons living in Germany, since the Court does not apply the principle of intertemporal guarantees of freedom to foreigners beyond the German territory. Moreover, while the Court in parts surprisingly affirmed the complaint’s admissibility in the first place, the decision still makes it very difficult for foreigners beyond the German territory to successfully assert fundamental rights violations caused by Germany’s insufficient climate policy because the Court gives Germany credit for prospective purely national adaptation measures against climate impacts. The decision is therefore not as cosmopolitan as it appears at first glance. The ruling does not comprehensively protect the climate as such, let alone the intrinsic value of the natural basis of (not only human) life in terms of Article 20a GG, nor does it protect all people affected by the German contribution to climate change, but largely remains within the limits of safeguarding freedom within German borders.

Cite as
Jasper Mührel, All that Glitters Is Not Gold: The German Constitutional Court’s Climate Ruling and the Protection of Persons Beyond German Territory Against Climate Change Impacts , Völkerrechtsblog, 03.05.2021, doi: 10.17176/20210503-111345-0.
Author 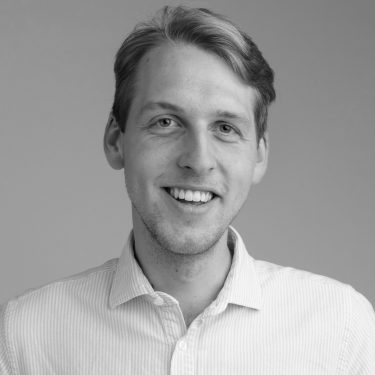