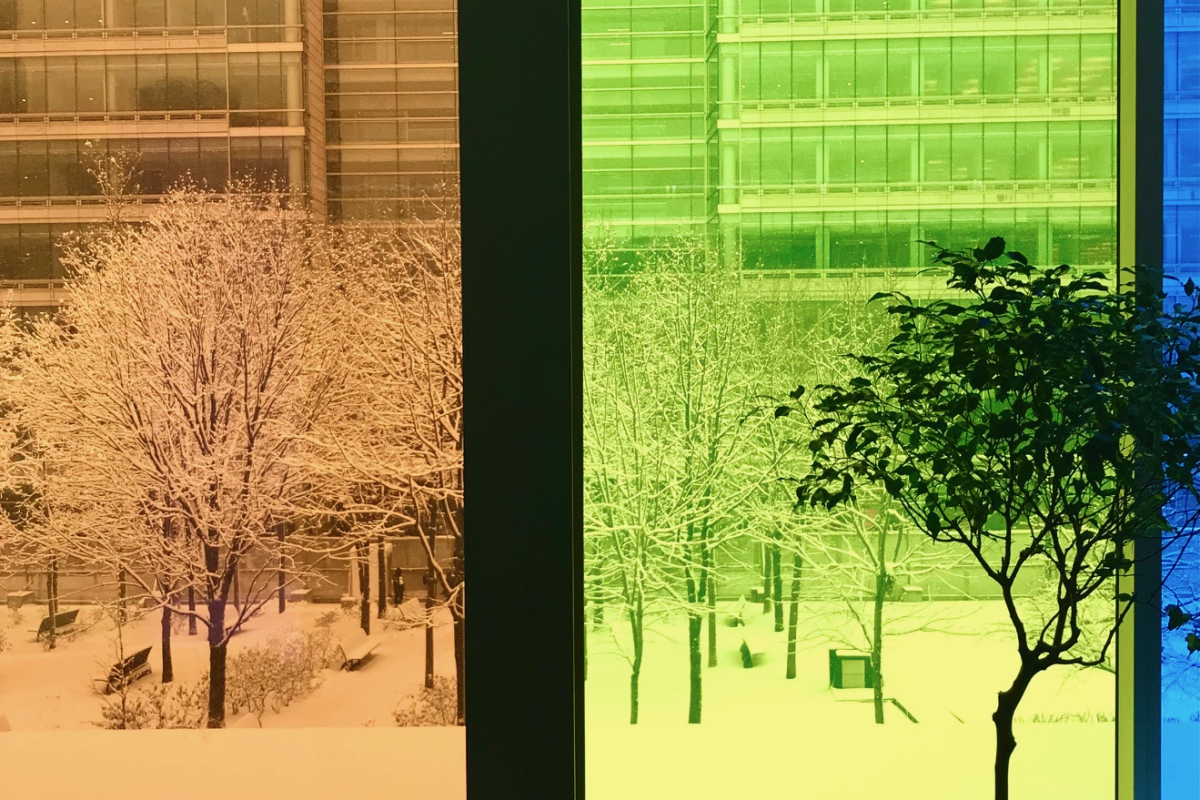 Photo by the author.

The 15th Conference of the Parties (COP15) to the Convention on Biological Diversity (hereinafter: CBD) has now reached a substantive conclusion, although not an official one. The latter is due to Russia’s objections to the election of the regional representatives for the bureau and the lack of a quorum for such a vote (see here). After four years of struggle, the Kunming-Montreal Global Biodiversity Framework (GBF) has finally been adopted at the COP15, which is intended to map out a way to deal with the rapid loss of biodiversity at the global level. The new framework now contains four long-term goals up to 2050 and 23 more concrete targets for the period up to 2030. While the first two goals deal with the protection of biodiversity and its sustainable use, Goal C relates to benefit-sharing from the use of genetic resources and digital sequence information (see below). Goal D provides for the provision of adequate means of implementation, in particular also financial resources. The actual framework is supplemented by a whole series of other decisions of the Conference of the Parties, including mechanisms for financing and resource mobilisation, capacity building, and monitoring of the national biodiversity strategies and action plans (NBSAPs) to be prepared by the Parties to achieve the goals. An overview of the various decisions can be found here.

Presumably, much will be written and spoken in the near future about the ambition of the goals and targets, the various mechanisms, the need for national implementation and, in general, the state of multilateralism in international environmental law. This article will therefore highlight a topic of the conference that threatens to be overlooked in the shadow of these aspects, but which has considerable relevance for research in the life sciences: Digital Sequence Information (DSI).

Digital Sequence Information and Its Possible Anchoring in the CBD

DSI refers to digital data on the composition of genetic resources (see e.g. here, see also for an explanation of the term and examples of use this video).The life sciences themselves, for whom work on DSI has become their daily bread, do not normally use the term beyond the policy jungle, but speak more concretely of nucleotide and amino acid sequences (see e.g. here, see also the Note by the Executive Secretary CBD/DSI/AHTEG/2020/1/3). The decision of the Conference of the Parties on DSI (hereinafter: DSI Decision) did not define the term either. Rather, the term is still so vague that the Preamble to the Decision now explicitly recognises that there are different views on whether DSI falls under the CBD, or not.

According to Art. 1 CBD, the aim of the CBD is to ensure fair and equitable benefit-sharing “out of the utilization of genetic resources”. It defines genetic resources in Art. 2 as “genetic material of actual or potential value”. “Genetic material” in turn is “any material of plant, animal, microbial or other origin containing functional units of heredity”. The access to genetic resources and to traditional knowledge of indigenous groups and local communities (IPLCs) as well as corresponding benefit-sharing have already been regulated under international law by the Nagoya Protocol. The access regime there is based on bilateral agreements with the provider states. In contrast, DSI have until now not been subject to any regulatory regime because the subsumption of purely digital data under the concept of genetic material posed and still poses problems. At the same time, it would be desirable to be able to regulate DSI under the umbrella of the CBD, which has almost universal scope with its 196 Parties. If a separate international legal framework with a comparable global reach for the regulatory process had to be created first, this would delay the process considerably. One starting point for regulating DSI under the CBD could be the term “biological resources”, which according to Art. 2 CBD “includes genetic resources, organisms or parts thereof, populations, or any other biotic component of ecosystems with actual or potential use or value for humanity”. Since this term is not limited to genetic resources, digital data could also be subsumed under this (see for a different view, however, here). A disadvantage of this approach, however, would be that the provisions of Art. 15 para. 7 CBD on benefit-sharing for the utilization of genetic resources would not apply. The requirement of Art. 15 para. 2 CBD that access to genetic resources should be facilitated for environmentally sound uses would then also not apply.

In this respect, it is to be welcomed that the GBF addresses these points and thus creates a basis for their consideration regardless of the location of DSI in the CBD. Goal C provides that benefit-sharing for the use of DSI should be substantially increased by 2050. Target 13 provides that the appropriate legal, policy, administrative and capacity-building measures are taken at all levels and that substantially increased benefit-sharing is at least facilitated by 2030. The DSI Decision itself has now also managed to address these essential points:

Open Access Is a Fundamental Prerequisite for the Usability of DSI

For the life sciences, unhindered and full access to these data is a prerequisite for achieving new scientific knowledge. Scientific knowledge in this field can only be effectively gained by making it possible to compare sequences to as much other sequences as possible (see here). A publication in this field mentions an average of 44 sequences (see here). DSI are already stored in a global, openly accessible database infrastructure (see here). However, the negotiations on DSI threatened to restrict this openness considerably. For a long time, the negotiations were driven by the desire of some countries, especially mega-diverse ones such as Brazil and India, to be able to obtain financial benefits through benefit-sharing by regulating access to DSI. Therefore, there was a tendency to demand a bilateral regime for DSI analogous to the regulations on genetic resources under the Nagoya Protocol. The Parties apparently hoped that this would give them more control over their supposed treasures. However, the fact that the individual sequence information alone has hardly any value, but rather that this value only arises in the unhindered comparability with other DSI in global databases, was not recognised for a long time. Moreover, the traceability of the data is practically impossible, which is now also recognised by the DSI Decision (para.5). Therefore, in contrast to genetic resources, a bilateral approach that significantly complicates access to DSI is not viable (the extent to which the bilateral approach is also misguided for genetic resources is another issue. See e.g. here on this issue). Access and benefit-sharing must be decoupled, in that the latter only applies to the (commercial) use of the knowledge gained, whereas access to the information remains open.

Given this background, it is encouraging that after a long struggle, the DSI Decision now includes a commitment to a so-called multilateral mechanism (para. 16). According to the decision, payments will now go into a global fund for the purpose of benefit-sharing. It will have to be determined how exactly the amount dedicated to benefit-sharing is calculated. African states have e.g. proposed a 1% levy on retail sales of products using biodiversity (see here). For a long time, it was not obvious in the negotiations that an agreement on a multilateral mechanism could be reached. South American countries in particular, but also for example India, initially demanded a bilateral solution with reference to national legislation, which partly already takes DSI into account. In order to reach an agreement, a formulation had to be included in the decision that the benefit-sharing approach to DSI now being pursued is “without prejudice to national access and benefit-sharing measures” (para. 11). Only time will tell what this means. By mentioning the FAIR principle (findable, accessible, interoperable, reusable, see here), the “Recommendation on Enhancing Access to and Sharing of Data” of the OECD and the “Recommendation on Open Science” of the UNESCO in the preamble of the DSI Decision, the States Parties have at least made it known that they are aware of the need for open access to DSI.

The decision on a multilateral mechanism for DSI also laid the foundation for effective benefit-sharing for DSI. A solution based on bilateral agreements would probably have resulted in very little benefit-sharing. At the conference, it could be observed that some countries had the misconception that most of the existing DSI originate from countries of the Global South and therefore substantial monetary transfers and non-monetary benefit-sharing measures such as capacity-building and technology transfer (cf. para. 13 DSI Decision) could be expected. In fact, however, most sequenced genetic resources originate from China, Japan, Canada and the USA (see here). This means that in the case of a bilateral regime, there would have been a shift to countries that do not impede access to DSI (see here). Such a bilateral solution would have had therefore fewer negative consequences for the scientific community than for countries of the Global South, as there would have been less benefit-sharing. A multilateral mechanism, on the one hand, prevents this form of “forum shopping” and, on the other hand, due to its simplicity, will probably lead to an increase in work with DSI and, accordingly, benefit-sharing. In this way, the mechanism also serves to increase ambition in benefit-sharing as envisaged in Goal C. It is also to be welcomed that the role of IPLCs as guardians of biodiversity is not only expressed in the GBF itself, but that benefit-sharing should also be oriented towards them according to the DSI Decision (para. 10; see also the Symposium “Indigenous Rights and Biodiversity” on this blog). IPLCs are to play an active role in deciding on capacity needs and priorities (para. 14) and are also to be involved in the process of developing the new mechanism (para. 20). The fact that the needs and interests of IPLCs are to be increasingly placed at the center of benefit-sharing is also expressed by the naming of the CARE principle (collective benefit, authority to control, responsibility, ethics, see here) in the preamble.

Overall, the DSI Decision has now laid a foundation for a global regulation of these data. The work will now be to turn the decision for a multilateral mechanism into an effective mechanism that takes into account the needs of both the research community and the beneficiaries of benefit-sharing, first and foremost IPLCs. For this purpose, the provisions in para. 9 provide corresponding action-guiding criteria. The process will also have an impact on other international treaty processes where DSIs are to be regulated. For example, the Intergovernmental Conference on Marine Biodiversity of Areas Beyond National Jurisdiction (BBNJ) under UNCLOS will continue in February. Here, too, DSI are the subject of regulation (see here; for other international treaty processes in which DSI are relevant, see here and here). In order to continue to enable effective research in the field, it is necessary to find a uniform approach to DSI across the individual treaties. 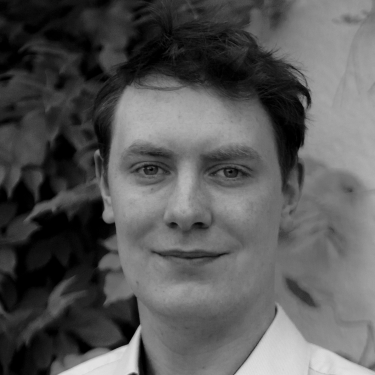 Lucas Hennicke is a research assistant at the Institute for Energy-, Environmental and Marine Law (IfEUS) at the University of Greifswald in the Network of Competence on Future Challenges of Environmental Law (KomUR). He also works in the scientific secretariat of the Working Group for Access and Benefit-Sharing of the Permanente Senate Commission on Fundamental Issues of Biological Diversity of the German Research Foundation (DFG).