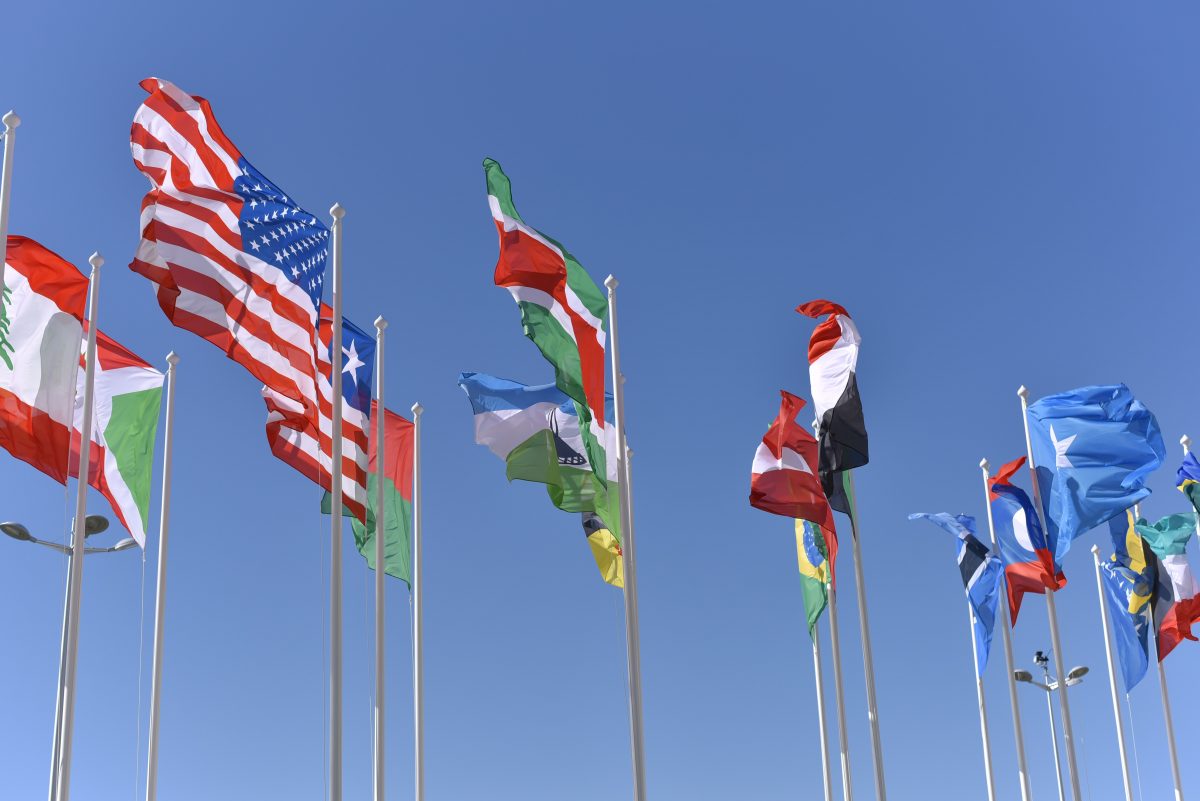 Photo by Vladislav Klapin on Unsplash

Withdrawing from the ‚Withdrawal Doctrine‘

Shortly after his election, President Joe Biden announced a number of issues he would tackle during his first days in office. Amongst others, this included reversing the effects of what Richard Haass, president of the US Council on Foreign Relations thinktank, described as Trump’s “Withdrawal Doctrine” – pulling the US out of a whole range of international treaties. Trump’s reluctance towards instruments of international cooperation and his (threat of) withdrawal from international treaties was a recurring theme throughout his presidency – beginning with the “unsigning” of the Trans-Pacific Partnership only days after his inauguration and ending with the denunciation of the Open Skies Treaty taking effect only days after this year’s presidential election.

In re-establishing international treaty relations, Biden’s administration will face constitutional (see, e.g. here and here) and international law issues. This post aims to provide an overview of the relevant international treaty law aspects. In doing so, it differentiates between withdrawals for which notification was given and those that have already become effective. Paradoxically, on his way back to multilateralism, Biden can draw on treaty law questions and practice surrounding Brexit.

A unilateral right of revocation

Where States may terminate a treaty – be it based on a respective treaty provision or general treaty law – such termination usually does not take effect immediately. Instead, the final clauses of treaties (usually) and treaty law generally provide for a period of at least a few months between notification and actual withdrawal. A case in point is Trump’s denunciation of the WHO Constitution. The US ratified the WHO Constitution based on an understanding that it could terminate its membership on a one-year notice. Thus, while the US formally declared its intention to withdraw on July 6, 2020, this will only take effect on July 6, 2021. The question is whether this allows Biden to reverse Trump’s decision under international law unilaterally, i.e. without the consent of the other State parties.

Such a unilateral right of revocation could follow from Article 68 of the Vienna Convention on the Law of Treaties (VCLT) which provides that a notification of termination (as provided for in Article 67(2) VCLT) “may be revoked at any time before it takes effect”. While the US is not a party to the VCLT, the possibility of revocation has been practiced by the US before and can, arguably, be considered as customary international law. In the international community, there is disagreement as to when a notification of revocation “takes effect”. Inferences can be drawn from the European Court of Justice’s (ECJ) 2018 Wightman judgement concerning the possibility of a unilateral revocation of UK’s notice of withdrawal from the EU.

An initially discussed (p 95) and, partly, still promoted (pp 845 ff) view is to differentiate between when the notification produces a (non-legal) effect and the actual (legal) effect of ending the treaty’s binding force. Based on such a differentiation, as soon as the other treaty parties start undertaking preparatory measures in anticipation of the withdrawal (i.e. the notification has produced an effect), a revocation would only be possible on a consensual basis.

Relying on a good faith reading, the idea behind this differentiation is that the remaining treaty parties cannot be expected to wait with their preparations until termination takes effect or to reverse all preparations if the withdrawing State changes its mind last minute. In Wightman, the EU Council and Commission, moreover, pointed to a risk of circumvention and abuse (para 38 ff.). A unilateral perpetual right of revocation would allow the withdrawing Member State to repeatedly revoke and then re-trigger its Article 50 TEU notification avoiding the time limits of Article 50 and creating extra negotiation leverage.

However, judging from its 1966 commentaries, the International Law Commission seems to have ultimately decided against such differentiation. The effect of a notification of withdrawal being the termination of the treaty relationship at a specified date, recognizing prior effectiveness of the notification itself did not appear to make sense (p 264). And although it recognized the potential need for States to prepare for the withdrawal of a treaty partner, “it concluded that the considerations militating in favour of encouraging the revocation of notices and instruments of denunciation, termination, etc. are so strong that the general rule should admit a general freedom to do so prior to the taking effect of the notice or instrument” (p 264). Likewise, the ECJ in Wightman referred to the “clear and unconditional terms” (para 71) of Article 68 VCLT to confirm its finding of a unilateral right to revoke an Article 50 TEU notification until membership has terminated.

Therefore, where the US has denounced a treaty, but such denunciation has not yet taken effect, Biden remains free under international law to unilaterally revoke the notification of withdrawal.

It gets more complicated where withdrawals have already become effective. Here, the Biden administration will have to revive their treaty relations through the re-conclusion of (new) agreements. In doing so, it will have to differentiate between bilateral and multilateral treaties.

Whilst the withdrawal from multilateral agreements regularly attracted more international attention, the suspension and termination of three bilateral agreements with Hong Kong shows that bilateral treaties also fell “victim” to Trump’s policy approach. The difficulty concerning bilateral treaties is that the effect of one party’s denunciation is, logically, the termination of the treaty. Thus, if Biden has an interest in reviving these treaty relationships, he must conclude new treaties. In doing so, his administration could take a similar route as the UK post-Brexit.

Upon withdrawal from the EU, the UK considered that treaty relations with third States previously enjoyed as a Member State would no longer apply to it. Wanting to preserve these treaties but lacking the time and workforce to re-negotiate them, the UK resorted to a practice of “roll-overs”, concluding treaties that simply reproduce the agreements between the EU and third States. An example is the (ten articles long) UK-Chile Association Agreement. Subject to minor technical adaptions, “[t]he provisions of the EU-Chile Agreement […] in effect immediately before they cease to apply to the United Kingdom are incorporated into and made part of this Agreement” (Article 3). To avoid gaps, Article 10 additionally provides for provisional application pending its entry into force.

Should Biden be interested in re-viving bilateral treaties such as those with Hong Kong, treaty law does not prevent the incorporation of terminated treaties into new agreements. A practice of incorporation would not only spare the Biden administration from conducting time-consuming re-negotiations or copy-pasting terminated treaties (which again bears the risk of text re-opening). Where several agreements with one State are affected – as in the case of Hong Kong – a single agreement would suffice to incorporate several terminated treaties. Agreeing on the provisional application of the “incorporation treaties” would re-establish the treaty relations even faster.

The advantage of multilateral treaties is that withdrawal by one State generally does not affect the treaty as such (Article 70(2) VCLT). In contrast to “just” concluding new (or “incorporation”) agreements, re-establishing the multilateral treaty relations, however, requires the observance of the accession procedure. In the case of the Paris Agreement, this is fairly simple: Any party to the UN Framework Convention on Climate Change (which the US never left) may accede by means of depositing a respective instrument. As accession procedures vary on a case-by-case basis, two other examples of treaties from which Trump withdrew will be given to illustrate where re-accession may cause some interpretational issues.

The UNESCO Convention is an open treaty, meaning that any State can accede. The only condition for accession – in addition to the deposition of an instrument of acceptance – is signature (Article XV(2)). Here, one could argue that by withdrawing from the Convention, Trump also withdrew the 1946 signature. On the other hand, even “unsigning” a treaty does not remove the physical signature once placed under the treaty. Thus, depositing a new instrument of acceptance could suffice.

In contrast to the UNESCO Convention, the Open Skies Treaty is closed, allowing accession only to a list of nine States excluding the US (Article XVII(3)). Thus, in principle, the US would have to apply for accession via the depositary who would refer the application to the Open Skies Consultative Commission for consideration. Alternatively, Article XVII(1) provides for the ratification by the original “State Parties”. As one of those original parties, the US could, thus, argue that this also encompasses an implicit right to re-ratification.

More elaborate accession procedures have the potential of prolongig the process of re-joining multilateral treaty regimes. Where interpretational questions arise, these can, however, be resolved with the goodwill of all involved parties.

What Jack Goldsmith predicted as part of an “onslaught on international law and institutions” in 2017 – the withdrawal from international treaties and institutions – has come true during Trump’s four years in office. While his “Withdrawal Doctrine” put a question mark behind the notion of multilateralism, Biden has already started reversing this trend, announcing the US’ return to the Paris Agreement and the WHO. As shown in this post, treaty law provides the new administration with the means to do this.

At the same time, the extent of Biden’s return to international treaty relations remains to be seen. Return to compulsory jurisdiction of the International Court of Justice (ICJ) under the Optional Protocol to the Vienna Convention on Diplomatic Relations appears at least questionable. Other treaties, such as the US-Iran Treaty of Amity on which Iran successfully based a claim against the US sanctions before the ICJ will most certainly remain buried.