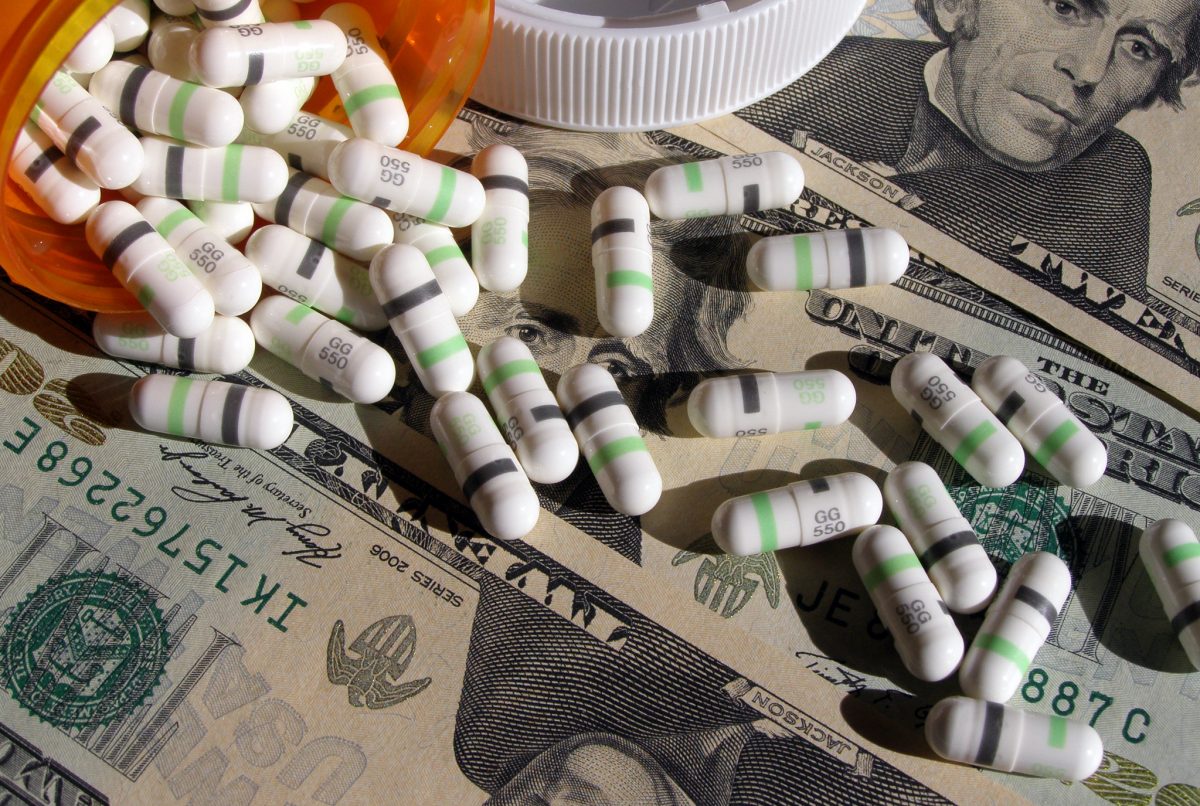 Will Vienna Talks Put an End to the “COVID-19 Plus” in Iran?

The pandemic is still far from over. In its response to combat COVID-19, Iran has been facing significant difficulties “in part due to the weakening of the national health-care system and the wider economy by the cumulative effect of sanctions imposed by the United States since 2018”, says the UN Special Rapporteur on Iran. Regardless of present exemptions, multi-layered restrictions on the Iranian financial sector, which naturally plays a vital role in processing the payments for the country’s medical imports, have made it extremely difficult to transfer the already quite limited funds for such purposes. Their effective removal is therefore on the top of Iran’s list of demands during the ongoing Vienna negotiations, where remaining participants of the Joint Comprehensive Plan of Action (JCPOA) are discussing (with the indirect involvement of the US delegation) bringing both the US and Iran back into compliance with the deal. This post aims at partially analyzing the structure of these financial sanctions and their impact on humanitarian trade with Iran, particularly during the pandemic.

It was on 8 May 2018, as then US President Donald Trump announced the US’s withdrawal from the Iran nuclear deal by issuing National Security Presidential Memorandum-11 ceasing participation in the JCPOA. Consistent with this announcement, Trump issued Executive Order (EO) 13846, through which certain, mainly secondary sanctions were re-imposed after two different wind-down periods. Amongst this set of what he described as the “toughest sanctions regime ever imposed on Iran” were also sanctions targeting Iran’s financial sector, effective from 5 November 2018.

The Central Bank’s Role: Re-Imposition and Relabeling of Sanctions against It

The sanctions re-imposed pursuant to EO 13846 and relevant statutory authorities included sanctions on transactions made by foreign financial institutions with the Central Bank of Iran (CBI) and other designated Iranian financial institutions. The campaign of “maximum pressure” went along with the largest single-day action of the US Department of the Treasury’s Office of Foreign Assets Control (OFAC) in further targeting Iranian banks by designating more than 70 Iran-linked financial institutions and their domestic and foreign subsidiaries. On 20 September 2019, the CBI, which was already subject to secondary sanctions, was also designated under OFAC’s counterterrorism authority based on EO 13224, as later amended by EO 13886.

The relabeling of the CBI was even then seen as primarily affecting the minimal ongoing humanitarian trade with Iran which had been possible under Sec. 560.532 of OFAC’s Iranian Transactions and Sanctions Regulations (ITSR). This provision specifies a few burdensome payment methods for the purpose of financing exports and reexports of humanitarian goods. However, according to Sec. 560.530(d)(5) ITSR, “nothing in this section authorizes any transaction or dealing with a person […], who is designated or otherwise subject to any sanctions under [specified terrorism programs …]”. Yet by definition, the CBI could be considered as being at least indirectly involved in any foreign transaction featuring Iranian financial institutions, which is why the above-mentioned ITSR payment provision became practically meaninglessness. Probably having taken this very result into account, OFAC reiterated in its related press release that it would continue to consider as appropriate requests related to humanitarian trade with Iran.

Any Pragmatic Substitutes for the CBI?

On 25 October 2019, OFAC reacted to the difficulties that subsequently arose in humanitarian transactions by announcing a new humanitarian mechanism, one which required financial institutions to commit themselves to enhanced due diligence and reporting. With Iran’s banking sector still being on the way of becoming more transparent, this mechanism didn’t create meaningful changes for international banks, as conducting extensive due diligence together with obligations in terms of collecting, maintaining and reporting a great deal of information to OFAC on a monthly basis was immensely time-consuming and highly costly, often exceeding the revenue of such businesses. This, consequently resulted in severe shortages, delays and price increases, especially regarding pharmaceutical raw materials and a number of complex medicines used for cancer, epilepsy and genetic diseases. Even those pharma-companies willing to maintain supplies couldn’t persuade “over-compliant” banks so as to facilitate “legitimate” cross-border payments. Initiatives such as INSTEX or the Swiss Humanitarian Trade Arrangement have also proven not to be very practical, resulting only in single transactions, worth respectively around €500,000 and €2.3M.

The rapid spread of the Coronavirus in Iran since the first confirmed case on 19 February 2020 made the country one of the hardest hit in the early stages of the pandemic. The disruption of health supply chains soon led to shortages – as predicted – in the domestic production of medicines and medical equipment. Iranian officials and scientists thus began pressing internationally for an easing of US sanctions. As far as infections and deaths are concerned, the situation isn’t any better after more than a year as the country recently entered a fierce fourth COVID wave following the Nowruz holidays. The situation still necessitates emergency medical response.

Particularly since the start of the pandemic, US officials have been announcing that humanitarian-related trade is generally allowed under sanctions programs. Eventually, in February 2020 OFAC addressed perhaps the most fundamental impediment to the processing of humanitarian transactions by issuing general license (GL) No. 8 – later amended and replaced in October by GL No. 8A – authorizing humanitarian transactions and activities involving the CBI. Despite this partial relief, a close look at the provisions allowing humanitarian trade reveals their limitations.

Sec. 560.530(e)(2) and (3) ITSR defines the terms medicine and medical devices as items that fall within the definitions of the terms “drug” and “device” in Sec. 201 of the Federal Food, Drug, and Cosmetic Act and that, in the case of items subject to the Export Administration Regulations, are classified by the Department of Commerce’s Bureau of Industry and Security (BIS) as EAR99.  EAR99 includes only prescription and over-the-counter medicines and few medical devices. Even with respect to this category, the BIS explicitly points out that limited license applications must be timely submitted to OFAC for the (re-)exportation of such goods to Iran (or Sudan); and this does not even extend to vaccines or biological and chemical products, which are classified as non-EAR99. Items falling within the latter classification are a priori excluded from any general or specific license under ITSR. Beyond this, Sec. 560.530(a)(3)(ii) and (iii) ITSR exclude from the scope of the corresponding GL the (re-)exportation to Iran of an additional set of medicines along with a separate list of medical devices. Even with regard to authorizable supplies, reports on the ground indicate a drastic decline in both applications filed as well as licenses issued since the full reinstallation of comprehensive sanctions.

The complexities of the sanctions also impacted the supply of COVID-19 vaccines through COVAX, an initiative set up to manage global vaccine distribution directed by Gavi, the Vaccine Alliance, the Coalition for Epidemic Preparedness Innovations, and the World Health Organization, alongside key delivery partner UNICEF. Iran has “pre-purchased” 16.8M vaccine doses within this program. Despite an OFAC license having been issued for Iran to be able to participate, finding a payment channel led the country to once again lose precious time in fighting the pandemic. Consequently, the first batch of 700,800 doses AstraZeneca vaccine – manufactured in South Korea – did not land in Tehran until 5 April 2021. Bearing in mind the restrictions on dollar transactions as well as the general unwillingness of banks to participate in such transactions, Iran first intended to make initial payment by transferring money from its frozen assets in South Korea, estimated at up to $9B. Being in local currency (South Korean won), the money had to be “converted” into US dollars through what is commonly referred to as a “U-turn transaction”, which in this case consisted of:

However, by amending Sec. 560.516 ITSR, OFAC had revoked with effect from 10 November 2008 an authorization previously granted to US depository institutions to process U-turn transactions for the direct or indirect benefit of Iran. In spite of a secured license in this instance, the CBI chose not to take the risk of a potential asset seizure in the US based on existing damage awards and the nexus that would have automatically arisen out of a clearing through the US financial system. According to the CBI governor, the South Korean side also refused to provide any assurances. It was finally an Iranian bank which – amongst other applicant banks in Europe and Turkey – was authorized and ordered to conduct a direct payment of around $200M.

Nuclear Deal Revival Under Pressure Due To Iran’s Political Calendar

The work towards an agreement in Vienna – which has already entered the drafting stage – is now being done within the framework of three different expert-level working groups on (i) nuclear issues, (ii) the lifting of sanctions and (iii) practical arrangements (sequencing). While the US is reportedly open to lifting sanctions inter alia on the CBI, the issue of accessing the US financial sector through U-turn transactions appears to be touching upon US primary sanctions and is more complicated to solve. On the other side, Iran has often stated its readiness to fully comply with its nuclear obligations under the accord if sanctions are lifted. It remains to be seen whether the efforts will ultimately succeed in jumping over the sanctions wall architected by the previous US administration and upholding the nuclear deal as one of the few signs of hope in preventing a military confrontation through diplomacy. Insofar, concrete results or at least more clear signals are expected before the Iranian presidential election in mid-June, which could lead to changes in negotiators and approaches, initially from the Iranian side.

Cite as
Khashayar Biria, Will Vienna Talks Put an End to the “COVID-19 Plus” in Iran?: Humanitarian Transactions v. Financial Sanctions, Völkerrechtsblog, 20.05.2021.
Author 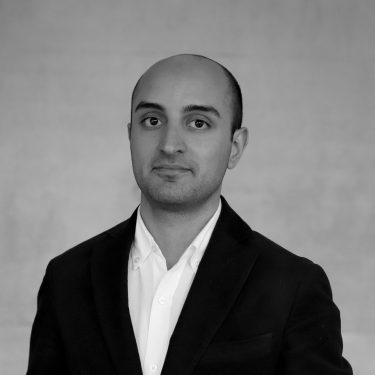 Khashayar Biria is a doctoral candidate at the University of Hamburg and a research associate at the Max Planck Institute for Comparative and International Private Law in Hamburg. His dissertation project deals with certain aspects of sanctions as encountered at the intersection of international law and (international) private law.