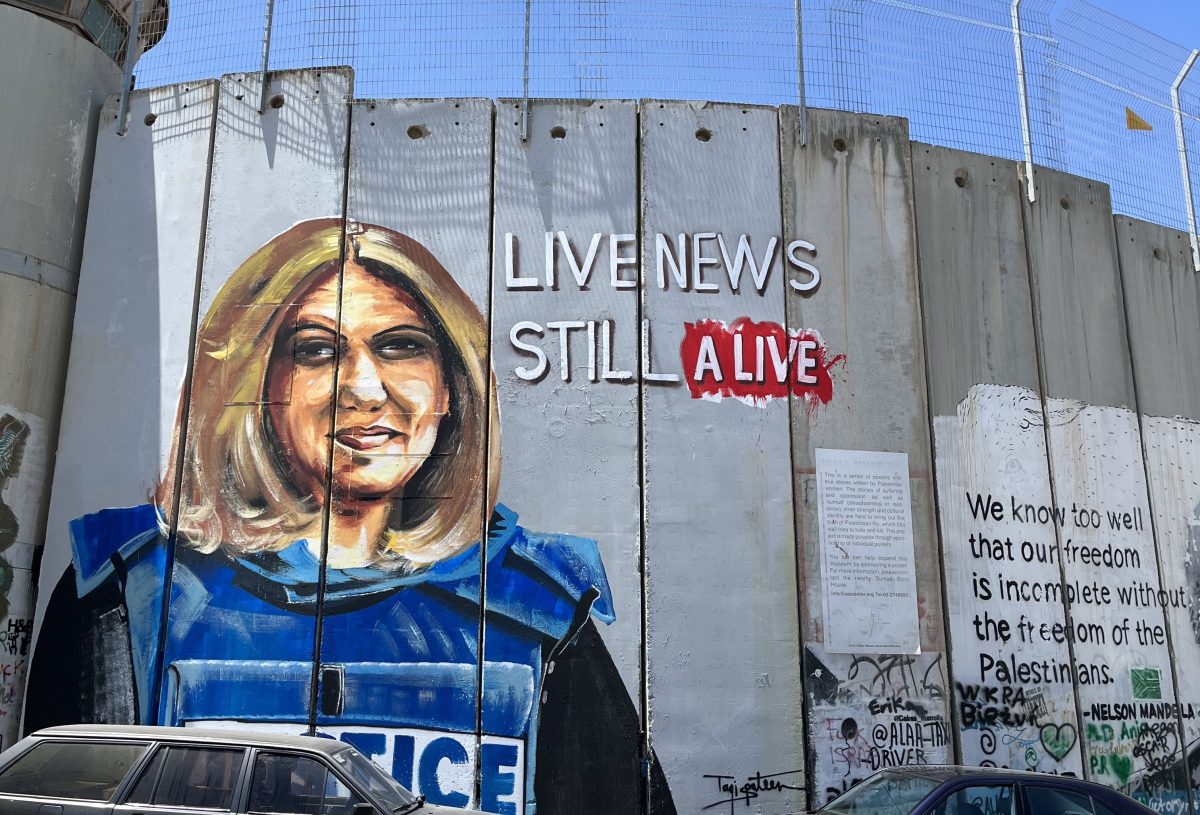 Will the FBI Investigate?

The killing of the American-Palestinian journalist Shireen Abu Akleh on May 11th, 2022 caused an international uproar, with many calling for investigations and legal actions against the soldier who supposedly shot her, including UN and EU officials. Abu Akleh is a household name in the Arab region. Her strong and dedicated presence always provided the utmost professional journalistic reporting on the Palestinian territories and never failed to give a voice and a platform to the Palestinian people.  Abu Akleh’s case is not just significant for the Palestinian people, but for the power of journalism and freedom of the press as a whole. Legal inaction could set a dangerous precedent of targeted attacks against journalists. However, one country might have the political power and a necessary legal agreement in place to prevent a lack of accountability: the United States of America.

Will the US use its resources to get justice for Abu Akleh, an American citizen, and prevent such an invasive attack on the freedom of the press by pursuing legal actions against Israel?

The Killing of Shireen Abu Akleh

While covering a raid by the Israeli military in the Palestinian city Jenin in May 2022, Abu Akleh was killed by a shot in the head. According to eyewitness testimonies, Abu Akleh was wearing a press vest and was standing with other journalists when she was killed. Many independent investigations, including OHCHR, the New York Times, CNN and the Washington Post, indicated that Abu Akleh was shot by an Israeli soldier. The Israel Defense Forces (IDF) bowed to international pressure by carrying out an investigation into the case in September 2022. They reached the conclusion that Abu Akleh was possibly (not conclusively) killed by an Israeli soldier but said the killing was accidental, stating that the soldier misidentified her as a gunman mid-fire. Based on this conclusion, they decided not to press any charges against the soldier. Ali al-Samoudi and other journalists at the scene said there were no gunmen present, directly disputing the military’s main argument. The military has not yet released any opposing evidence supporting their claim. Although Abu Akleh was an American citizen, no measures were taken by the American side early on in the case.

The first official investigation by the US State Department seconded the conclusion of the Israeli military. On November 14th, 2022, Representative André Carson (IN-07) introduced the “Justice for Shireen Act” to the US Congress, which requires a report on Abu Akleh’s death. The report should not only include “(1) an identification of those individuals or entities that carried out, participated in, or were otherwise complicit in, or responsible for Abu Akleh’s death”, but also “(2) an identification of any United States defense materials or services were implicated in [her killing]” (Section 1 b). On the very same day, a second investigation, this time from the American Federal Bureau of Investigation (FBI), was criticized and indirectly announced by Israeli Defense Minister Benny Gantz:

“The decision of the US Department of Justice to investigate the unfortunate death of Shireen Abu Akleh is a grave mistake. The [Israeli military] conducted an independent and professional investigation, which was presented to the Americans […]. I made it clear to the American representatives that we stand behind the IDF soldiers, that we will not cooperate with any external investigation, and we will not allow interference in Israel’s internal affairs.” (author’s own translation)

If Israel denies any cooperation with the American investigation, it could be however in violation of the US-Israel Treaty on Mutual Legal Assistance in Criminal Matters (hereafter: MLA or the Treaty).

The MLA is a Treaty between the US and Israel that regulates the details of legal support in interstate criminal matters. In the preamble of the Treaty, the Parties determine the aim “to improve the effectiveness of the law enforcement authorities of both countries in the investigation, prosecution, and prevention of crime through cooperation and mutual legal assistance in criminal matters.”

Article 1 of the Treaty provides details on what mutual assistance includes. According to Article 1.1, the Treaty applies to mutual assistance “in connection with the investigation, prosecution, and prevention of offenses, and in proceedings related to criminal matters.” The FBI’s investigation into the killing of Abu Akleh, being the authorized Central Authority for the US to make requests for assistance (Article 2), falls within the scope of the treaty. Article 1.2 clearly states that one of the parties to the treaty may request mutual assistance in many forms, for example in “(a) taking the testimony or statements of persons, (b) providing documents, records and any articles of evidence, [and] (d) locating and identifying persons or items.” Once a request is made by an authorized authority of a party, the Requested State is required to “promptly execute the request or, when appropriate, transmit it to the authority having jurisdiction to do so” (Article 5.1). Article 5.1. further clarifies that “[t]he competent authorities of the Requested State shall do everything in their power to execute the request.” The details of the execution of assistance are further specified in Articles 8-18 of the Treaty.

The MLA is subject to limitations, though. Article 3 of the Treaty specifies which limitations apply to requests for assistance. The Central Authority – in this case, Israel’s minister of Justice – “may deny assistance if it determines that: [..] the request if granted, would prejudice the state’s sovereignty, security, important public policy, ordre public, or other essential interest” (Article 3.1 a). However, Article 3.2 obligates the Central Authority of the Requested State to consult with the Requesting State on providing assistance on certain conditions before denying the request. The wording of the provision implies that the Requested State should first apply conditions and reservations to a request before refusing it outright. It is thus shown that a refusal of a request should not be made too easily. Rather, the grounds for exclusion mentioned in Article 3 would have to be interpreted and applied more restrictively.

General provisions such as Article 3.1 (a) of the MLA are quite standard in international treaties. Nonetheless, it is important that they are not interpreted too broadly or invoked excessively. Recalling the teleological aim of the treaty, one cannot “improve the effectiveness of the law enforcement authorities” (Preamble MLA Treaty) by granting the state parties a vague and unclear clause that provides them with a political safety net at all times. Any other, broader interpretation of this provision would void the treaty’s whole purpose of effective criminal justice. The MLA most definitely caters to the parties’ interests, even with the restrictive interpretation of Article 3. If anything, it offers them protection from public scrutiny, for example, if Israel wants to protect its interests from the public eye, the provided assistance could be conditioned with confidentiality (e.g. Article 7.2).

The MLA provides the US with a strong legal basis for its investigation into Abu Akleh’s death. As mentioned above, the limitations of Article 3 could be an obstacle to obtaining legal assistance. Since the announcement via Gantz’s tweet, there have not been any official developments or press releases from any State Party. It remains unclear whether the FBI is investigating and what the status of the investigation is, and whether Israel will continue to refuse any cooperation. Even if the FBI carries out an investigation, it is questionable whether the US would prosecute any possibly responsible persons in the case.

An effective investigation is, however, essential to bring more clarification on Abu Akleh’s killing. The US could prove to the international community how much it values the freedom of the press, and it could ultimately lead to increased international monitoring of Israel’s policies towards journalists reporting on the Palestinian-Israeli conflict. Most importantly, it could bring not only Abu Akleh’s family, not only Abu Akleh’s supporters but the entire world of journalism a sense of peace and protection. 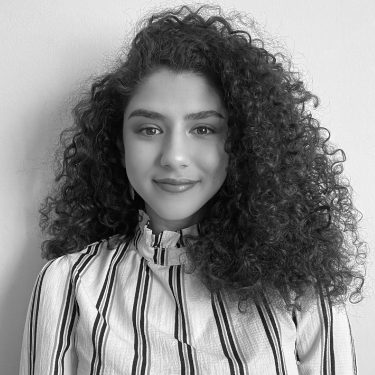 Natali Gbele is a fourth-year law student at the University of Munich. She works at the chair for International Public Law at Ludwig Maximilian University in Munich.