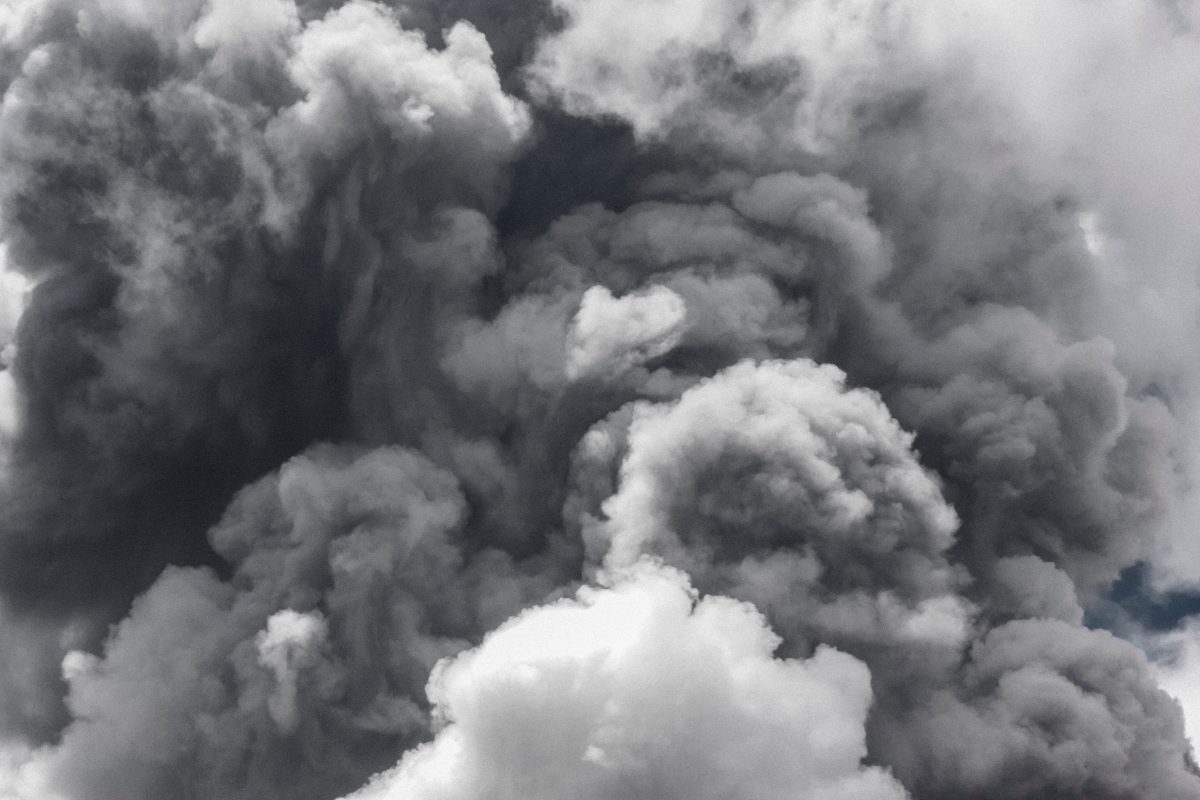 Photo by Jens Johnsson on Unsplash

Although the higher risk of COVID-19’s contagion among those residing in overly-populated asylum-seeker centres has been underlined by cassandric voices since the early days of its outbreak, Moria Reception and Identification Centre, situated on  the Greek island of Lesvos for the reception and temporary residence of asylum-seekers until the assessment of their asylum application, was left to await the pandemic’s strike. The nearest medical assistance centre, i.e. the local Médecins Sans Frontières’ COVID-19 centre, was shut down in July, when the local authorities imposed fines on the organization for violations of urban planning regulations. The camp was left without nearby medical assistance, until the recent construction of a regional health centre, which remains out of order. Meanwhile, the hospital and health centres available on the island are filled with local COVID-19 patients.

On 1 September, the first COVID-19 infection in Moria Centre was diagnosed and efforts for the tracing of other COVID-19 infections in the camp are still being made. The very next day, a highly controversial Joint Ministerial Decision, aiming to prevent the spreading of COVID-19, was issued, pronouncing the prohibition of entrance to and exit from the centre to all its residents until 15 September. This followed a series of measures imposing restrictions on the movement of asylum-seekers during the last five months. The police were furthermore afforded the competence to enforce implementation of the measure, which would be communicated to the centre’s residents through written and loudspeaker messages echoing the darkest times of humankind’s history.

Against this background, the recently established measures had been vividly criticised as cursory solutions to a widely-neglected crisis and – notably – as amounting to an unlawful deprivation of liberty. Despite such warnings and the countless analyses on the psychological impacts of quarantine, the measures were implemented until the night of 8 September, when a fire broke out in the Moria Centre, purportedly caused by asylum-seekers’ protests against the measures. Currently, similar measures with regard to other Reception and Identification Centres in Greece remain in force, raising fears as to similar outbreaks. In view of these horrific developments, it is about time the lawfulness of the measures taken are thoroughly assessed.

Initially, as to the issue of whether mandatory quarantine could qualify as a measure leading to the deprivation of liberty, the clarification provided by the Working Group on Arbitrary Detention shall be quoted: “[M]andatory quarantine in a given premise, including in a person’s own residence that the quarantined person may not leave for any reason, is a measure of de factodeprivation of liberty.” As the group of experts further underlined: “[w]hen placing individuals under quarantine measures, States must ensure that such measures are not arbitrary.” The European Court of Human Rights (‘ECtHR’) has also noted that “[t]he difference between deprivation and restriction of liberty is one of degree or intensity, and not one of nature or substance” and that “[i]n order to determine whether someone has been ‘deprived of his liberty’ within the meaning of Article 5 [of the European Convention on Human Rights (“ECHR”)], the starting-point must be his or her specific situation and account must be taken of a whole range of factors such as the type, duration, effects and manner of implementation of the measure in question” (De Tommaso v. Italy [GC], para. 80). In the case at hand, however, the absolute prohibition of entry to/exit from the Centre, the relatively long duration of the measure and the police’s competence to enforce its implementation indicate that its lawfulness should be assessed under the lens of  deprivation of liberty.

It is true that so delicate a case, concerning the imposition of quarantine on a large number of asylum seekers to prevent spreading of an infectious disease, has not been brought before a human rights forum so far. However, ECtHR jurisprudence may provide the framework based on which the legality of the measure taken can be assessed. Indeed, given that Greece is a member state to the ECHR and has not declared a state of emergency, in line with ECHR Article 15, the relevant ECtHR case-law provides a solid ground for assessment.

ECHR Article 5 para. 1(e) acknowledges that a lawful detention, in accordance with a procedure prescribed by law, constitutes a permissible limitation to the right to liberty for the prevention of the spreading of infectious diseases. Undoubtedly, the measures taken were imposed through an accessible and foreseeable rule of law, pursuing the legitimate aim set out in ECHR Article 5 para. 1(e). What remains to be assessed is whether the measures adopted were indeed lawful.

In the key-case of Enhorn v. Sweden, concerning the compulsory isolation of the HIV-positive applicant, the ECtHR set the criteria for the assessment of the lawfulness of such detentions for the prevention of spreading infectious diseases. Precisely, it highlighted that such detentions are only lawful (i) if the spreading of the infectious disease is dangerous to public health or safety, and (ii) if detention of the person infected is the last resort in order to prevent the spreading of the disease, because less severe measures have been considered and found to be insufficient to safeguard the public interest (para. 44). When these criteria are no longer fulfilled, as the Court further underlined, the basis for the deprivation of liberty ceases to exist.

In line with the aforementioned, not only was quarantine massively imposed for the extensive period of fourteen days on all residents of the centre, regardless of whether they were infected with the virus or not and, hence, regardless of whether they could spread the infectious disease, but also the measures taken were far from being the last resort. Indeed, less severe measures would have sufficed to safeguard the public interest (e.g. the massive testing of the centre’s residents rather than their detention as soon as the first COVID-19 case in the centre was diagnosed, the imposition of quarantine solely on those infected, the even and non-discriminatory distribution of responsibility for the prevention of the virus’ spreading among all residents on the island, the timely operation of the recently established regional COVID-19 centre as of the moment of its establishment and the establishment of more COVID-19 centres on the island or the recruitment of more doctors in the area etc). In the better words of Judge Cabral Barreto, noted in his concurring opinion in Enhorn v. Sweden, the measures at stake were not “relevant and sufficient”.

Furthermore, with regard to any putative latitude of discretion, afforded to States for the purpose of taking measures to prevent the spreading of diseases, the judgment on Enhorn v. Sweden did not clarify the landscape, as even though no reference to a margin of appreciation is made, the State’s unsuccessful balance of interests was noted (para. 55). However, a consideration of the Court’s established case-law on ECHR Article 5 and of the spirit imbuing it led Judge Cabral Barreto, in his mentioned opinion, to underline that “if a review of a measure depriving a person of his liberty were to allow the State a certain margin of appreciation in such matters, this would not in any way accord with a line of case-law which, ever since Lawless, has taken care to stress the importance of the Article 5 safeguards even in a context, in which recourse to Article 17 of the Convention might be necessary”.

In this sense, a parallelization of the right to liberty with other rights, such as the right to peaceful enjoyment of possessions and of the pandemic to a financial crisis would seem quite reckless – if not dangerous, as would the pronouncement of a potential “fairly generous, if not unlimited, margin of appreciation” supposedly enjoyed by States adopting measures in response to an “exceptional crisis without precedent”. In any case, even if a “certain discretion” were to be read into the lines of ECHR Article 5 para. 1(e) (Ilnseher v. Germany [GC], para. 128; Plesó v. Hungary, para. 61; H.L. v. the United Kingdom, para. 98), it would here most likely have to be deemed as exceeded. The State would have to be acknowledged as having failed to strike a fair balance between the competing interests due to the adoption of disproportionate, overly intense measures – bordering on  arbitrariness –, which were unnecessary in a democratic society that does not massively detain healthy and unhealthy people in overly-populated centres, where the living conditions essentially amount to violation of ECHR Article 3 (M.S.S. v. Belgium and Greece [GC]) for the purpose of preventing diseases’ spreading.

In line with the argumentation raised above, the measures imposed in various reception centres in Greece are unlawful. What remains to be seen is how other States will react to this unlawfulness and to hope that the adopted measures will not be prolonged.

Cite as
Spyridoula Katsoni, Where there’s smoke, there’s fire: On the unlawful detention of asylum seekers to prevent the spread of COVID-19, Völkerrechtsblog, 10.09.2020.
Author