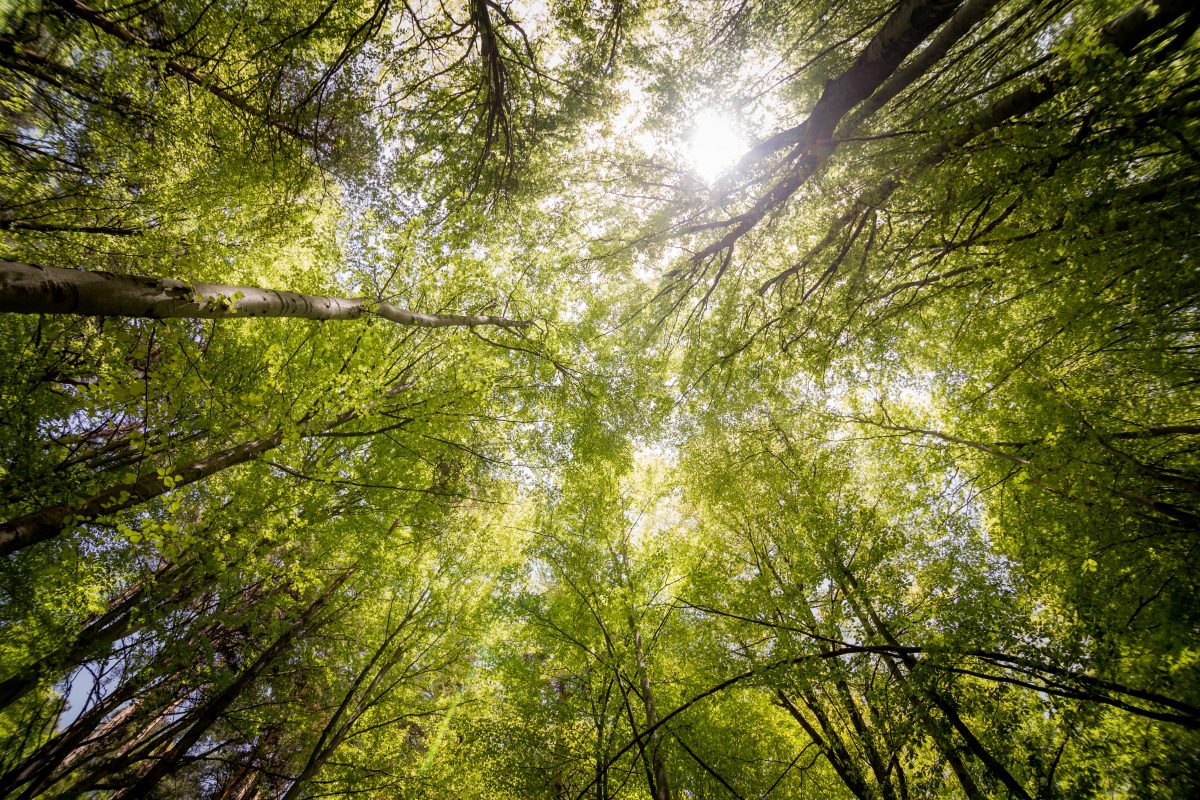 Photo by Anton Atanasov from Pexels.

Two Milestones in Favour of the Environment in Just a Few Days?

On Friday, 8 October 2021, the Human Rights Council (HRC) of the United Nations (UN) recognized the human right to a safe, clean, healthy and sustainable environment. This was welcomed with standing ovations and praised as historic. Only three days later, the long-awaited decision of the UN Committee on the Rights of the Child (CRC) in its first climate case was published.

Since the debate on a human rights-based approach to climate change has been going on for quite some time at the international level, it is highly interesting that two organs within the human rights system of the UN pronounce themselves on the issue of climate change.

This post will roughly summarize both decisions, pointing out their most significant aspects and highlighting their consequences for States as well as the meaning of human rights with regard to climate change. With its character as a unique and global phenomenon, climate change raises several questions about the applicability of human rights protection, e.g. victim status, jurisdiction of a State and its responsibility for climate-induced harm. It will be shown that both these welcomed developments mark important statements and therefore deserve the qualification as milestones. But, nonetheless, further hurdles will have to be overcome to effectively use human rights as a tool to tackle the issue of climate change.

The Result of a Long Process

While the right to a healthy environment has already been recognized to some extent at the national (e.g. France, Norway, Argentina) and regional level (e.g. Art. 24 of the African Charter of Human Rights, Advisory Opinion OC-23/17 of the Inter-American Court of Human Rights (IACtHR)), the calls for universal protection at the international level have steadily increased (see e.g. here, here and here). A universal right to a healthy environment would certainly enhance the coordination, effectiveness and non-discrimination of efforts undertaken to address the climate crisis and would strengthen environmental justice for those already affected.

The worldwide trend of climate cases brought to court by individuals facing serious impacts of climate change, and the lack of enforcement mechanisms within climate agreements raise the question whether international human rights law may serve as a basis for climate protection. As several human rights, e.g. the rights to life and health, are threatened by climate change, States could be obligated under existing human rights law to undertake concrete measures to mitigate and adapt to climate change. This practice, termed the “greening” of human rights, was described by the Special Rapporteur on human rights and the environment and also confirmed by several UN Human Rights Treaty Bodies (e.g. see here, here, here and here). The positive obligations to protect human rights should be read in the light of the commitments made by the States within environmental agreements, such as the Paris Agreement, and consequently urge States to undertake ambitious action to meet the temperature goal of Art. 2 of the Paris Agreement, for example. Thus, in the absence of a specific environmental human right, at least parts of what might be encompassed by a new right to a healthy environment are already recognized.

By recognizing the human right to a safe, clean, healthy and sustainable environment, the HRC Resolution 48/13 emphasizes the importance of such a new right for the enjoyment of other human rights and calls on the States to improve international cooperation on its implementation, because: in order to fulfil their human rights obligations, States have to protect the environment. It is worth noting that 43 States voted in favour, none against, with 4 States (China, India, Japan and the Russian Federation) abstaining.

However, even with Res 48/13 the discussion about the role of human rights in the context of climate change will not be finished. Particularly, several major questions on the applicability and enforcement of human rights for stronger climate action still persist, due to the global character of the climate crisis. With this in mind, let‘s take a closer look at the CRC’s recent decision on five petitions concerning climate change.

In 2019, sixteen children had filed petitions* against Argentina, Brazil, France, Germany and Turkey under the Optional Protocol to the Convention on the Rights of the Child on a communications procedure (OPIC), claiming that these States violated several rights of the Convention by failing to cut their greenhouse gas (GHG) emissions sufficiently and thereby perpetuating global climate change.

Several UN Treaty Bodies already accepted the environmental dimension of rights under their Covenants in statements, general comments and in their State reporting procedure. For the first time, the Human Rights Committee recognized in its decision on an individual complaint concerning questions of asylum and migration in 2020 (Teitiota v. New Zealand), that the right to life can be at risk due to the climate crisis. The case brought before the CRC, however, invokes the inaction of States to (sufficiently) combat climate change and thus marks a novelty, as it aims to impose mitigation and adaptation measures on States as part of their human rights obligations. With the Petition of Torres Strait Islanders, a similar case against Australia is pending before the UN Human Rights Committee.

Although decisions of the UN Treaty Bodies are in themselves not legally binding, they are of valuable importance for the interpretation of international law and put strong political pressure on the addressed States, which should not be underestimated. Even though the CRC found the petition inadmissible on procedural grounds, at least two major points on jurisdiction and victim status were made which are highly interesting for the acceptance of future climate change cases based on human rights.

Children as Victims of Climate Change

Concerning the victim status of the petitioners, the CRC followed the children’s reasoning of their rights to life, health, culture and prioritization of the best interest of the child being affected and threatened by the reasonably foreseeable consequences of climate change, as e.g. heat waves, extreme storms and sea level rise. It is worth to highlight that this aspect was strongly disputed by the State Parties. However, the finding of the CRC that “the authors have […] established that they have personally experienced a real and significant harm in order to justify their victim status” (paras. 9.13-9.14) corresponds to the practice of “greening” human rights, thereby affirming the threat to human rights in the context of climate change, by other UN Treaty Bodies (for a general overview see here).

Therefore, and by applying the standard of the IACtHR on extraterritorial responsibility for environmental degradation (Advisory Opinion OC-23/17), the CRC comes to the conclusion that the same holds true for the negative impacts of climate change beyond the emitter’s borders: As a State has effective control over the emissions originating within its territory, in the Committee’s view a sufficient causal link can be established between the State’s emissions (or failure of reduction) as the source of transboundary harm and the significant impact on children’s rights by climate change even beyond its territory (emphasize added). Consequently, the petitioners affected by transboundary effects of climate change are also under the State party’s jurisdiction (paras. 9.7-9.12).

Thus, by accepting the victim status of the claimants and the extraterritorial responsibility of States even for impacts of globally caused climate change, the petition overcame some rather high obstacles concerning the admissibility of human rights-based climate litigation.

No Exception to the Domestic Remedies-Rule

Apart from that, the State parties convinced the CRC that the authors could have tried to bring cases to their national courts first, instead of addressing the CRC directly (para. 9.17). Since the petitioners did not make use of this possibility, the CRC found that no exception to the domestic remedies-rule under Art. 7 (e) of the OPIC was applicable (paras. 9.18-9.20). With special regard to Germany, the controversial but generally welcomed decision of the Constitutional Court of April 2021 in Neubauer et al. v. Germany, was referred to explicitly and served as strong evidence for the failure to exhaust domestic remedies first, thus justifying the inadmissibility of the communication (para. 10).

This CRC-decision shows, that the unique urgency and global character of the climate crisis call for an adaptation of the usual legal admissibility requirements. While the CRC conformed to this need regarding the jurisdiction in case of extraterritorial harm, the traditional approach concerning domestic remedies, a rule which allows several exceptions and is not absolute anyway, hinders the success of human rights-based climate cases as an effective tool of protection for children facing serious climate-induced harm.

Having said that, by stating “we struggled with the fact that although we entirely understood the significance and urgency of your complaint, we had to work within the limits of the legal powers given to us under the OPIC“, the CRC seems to somehow excuse its decision on dismissal exclusively for procedural reasons in an open letter to the disappointed petitioners.

To show that the CRC has already taken action acknowledging the urgency of the climate crisis as a human rights issue, the CRC highlights the positive aspects of its decision and points out its promising announcement earlier this year, to work on a new General Comment No. 26 on children’s rights and the environment with a special focus on climate change.

Side note: Interestingly, in the pending Portuguese Youth Case before the European Court of Human Rights (ECtHR) similar questions arise. The ECtHR has already accorded priority treatment to the Case by fast-tracking and communicating it to the 33 respondent States, thereby recognizing the urgency referred to by the claimants. It remains to be seen whether the particular complexity and absolute urgency of the case will eventually lead the ECtHR to a different finding regarding the obligation to exhaust domestic remedies and how the ECtHR will approach the questions of jurisdiction and victim status. Regarding the last two issues, the CRC’s decision constitutes a rather positive impulse.

Let’s hope that the debate on the first resolution concerning the universal right to a healthy environment, which also emphasizes the importance of an effective remedy, helps to put a special focus on the need also to adjust procedural requirements to the exceptional, unprecedented climate emergency. After all, the HRC and the CRC brought a fresh breeze to the human rights-based approach to climate change. With the UN Climate Change Conference (COP26) that started in Glasgow last Sunday, these should be favorable times to pave the way for further milestones in favour of environmental protection.

* For the sake of clarity and limited space, in the following the originally five reasonings are dealt with jointly as one by quoting the decision against Germany.

The author thanks a trusted person as well as the peer-reviewer for their helpful comments on an earlier version of the draft. All faults are mine. 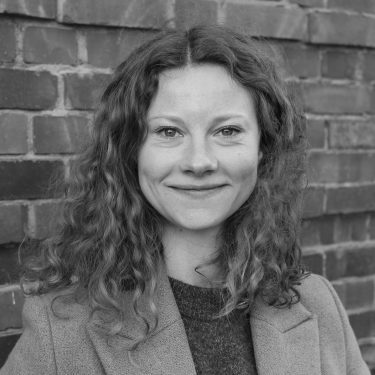 Nora Jauer
Nora Jauer is a PhD candidate and research associate at the University of Potsdam. She studied law in Potsdam and Montpellier and her current research focuses on the environmental law practice of the United Nations Treaty Bodies.
View profile
Share article
facebook twitter
Print article
Print