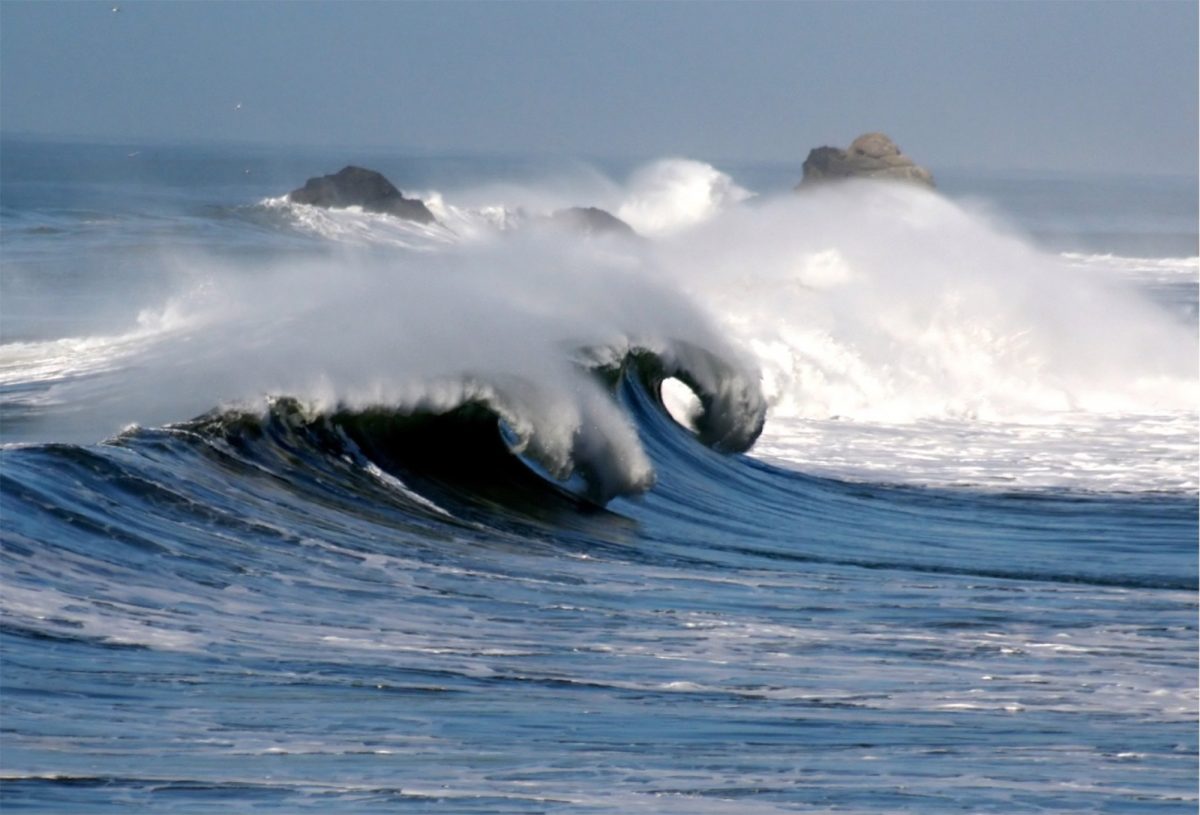 Photo by Brocken Inaglory on Openverse, licensed under CC-BY-SA 4.0

Tiptoeing Around the Right to Life

When the UN Human Rights Committee published its views on the case of Billy et al. v. Australia (Torres Strait Islanders) on September 23rd 2022, it made history as the first UN Human Rights Treaty Body that found a State to have violated human rights by providing insufficient protection against the effects of climate change. The case was brought before the Committee by eight members of the indigenous minority group of the Torres Strait Islands in Australia in their own name and on behalf of six of their children. They alleged that as indigenous inhabitants of low-lying islands, they are exposed to rising sea levels causing floodings, erosion and salinization, loss of nutritionally and culturally important marine species and other adverse impacts on their health and culture due to climate change (para. 2.1-2.6). In its decision, the Committee concluded that Australia violated its obligations under article 17 (Right to Respect of Privacy, Family and Home) and article 27 (Rights of Minorities) of the International Covenant on Civil and Political Rights (ICCPR) by failing to take sufficient and timely (mainly adaptation) measures (para. 8.12, 8.14). Consequently, it required Australia to provide an effective remedy, including adequate compensation for harm suffered (para. 11). Therefore, the decision has rightfully been described as ground-breaking, pathbreaking or a landmark decision (see for first general analyzes here and here). An outlier in this case was the right to life (article 6 ICCPR), being the only right of which the Committee explicitly denied a violation.

This post argues that the Committee on the one hand contributed to a better understanding of its interpretation of article 6 ICCPR by elaborating on some much-criticized aspects, but on the other hand missed an opportunity to provide more guidance on the content of the obligations of States to protect the right to life in the context of climate change, especially with regard to climate mitigation.

The Reasoning of the Committee

The Committee recalled the fundamental importance of article 6 ICCPR and emphasized that the right to life can only be understood properly if it is not interpreted in a restrictive manner. It reiterated that the right to life includes a “right to life with dignity and to be free from acts or omissions that would cause […] unnatural or premature death” (para. 8.3). States are required to adopt positive measures to protect the right to life, which includes the adoption of measures to prevent “reasonably foreseeable threats and life-threatening situations that can result in loss of life” (para. 8.3). A violation could also occur, according to the Committee, if such situations did not result in the loss of life (para. 8.3). These statements reflect the established Committee’s interpretation of article 6 ICCPR (para. 3, 7 of General Comment No. 36).

On two specific issues the Committee defended its positions which have been heavily criticized by States (see, e.g., here or here): First, noting Australia’s challenge that the notion of a “life with dignity” was unsupported by the rules of treaty interpretation, it referred to the preamble of the ICCPR, which forms part of the context of article 6 ICCPR (Villiger, paras 9-10), and explicitly recognizes that the rights in the Covenant derive from the “inherent dignity of the human person” (Bossuyt, p. 6). This interpretation can be supported by persuasive arguments put forward by different scholars. The reference in article 6 to an “inherent” right to life suggests a connection to natural law thinking and human dignity (Tomuschat, p. 5). Essentially, the right to life derives from the human existence and does not require any external recognition (Bossuyt, p. 119). Interpreting this fundamental right too narrowly would not be compatible with an effective protection of the right to life (Cullen, p. 191). However, any threat to a life with dignity should retain a link to life itself, so it does not become too detached from the wording (Joseph, p. 358). Second, the Committee deals with the concern articulated by Australia that such a broad interpretation, especially in the context of environmental risks, could mix the obligations under the ICCPR with those of the International Covenant on Economic, Social and Cultural Rights (ICESCR). Referring once again to the preamble, the Committee highlights the interdependency and indivisibility (Schabas, Introduction, paras 3-5) of civil and political rights on the one hand and economic, social, and cultural rights on the other hand (para. 8.4).

Applying these general remarks to climate change, the Committee finds that “[reasonably foreseeable] threats may include adverse climate impacts” and reiterates its position from General Comment No. 36 that “climate change and unsustainable development constitute some of the most pressing and serious threats to the […] right to life” and that States should “address the general conditions in society that may give rise to direct threats to the right to life or […] life with dignity” (para. 8.3), which include according to General Comment No. 36 inter alia the degradation of the environment. In the present case, the Committee acknowledges the special vulnerability of the claimants (para. 8.5) and recognizes their “feelings of insecurity” (para. 8.6). Still, it concludes that there is no “real and reasonably foreseeable risk” to their right to life, including their right to life with dignity, noting that most of the claims relate rather to the endangerment of the claimants’ culture (para. 8.6). Regarding the danger that the low-lying Torres Strait islands the claimants live on may become uninhabitable within the next 10 to 15 years, the Committee finds no violation, listing several adaptation measures taken by Australia and referring to adaptation and mitigation measures in general. Specifically, the remaining time period could allow for protective measures to be taken, including the relocation of the claimants. Thereby, the Committee follows a similar reasoning to the Teitioa v. New Zealand decision and provides what can be understood as a warning to the State Parties (para. 8.7):

“[T]he Committee recalls that without robust national and international efforts, the effects of climate change may expose individuals to a violation of their rights under article 6 of the Covenant. Furthermore, given that the risk of an entire country becoming submerged under water is such an extreme risk, the conditions of life in such a country may become incompatible with the right to life with dignity before the risk is realized.”

This reasoning gives the Committee’s interpretation of article 6 ICCPR less contours than it could have and, thereby, missed an opportunity to provide more clarity. Four aspects shall be briefly addressed here.

First, while the Committee referred to the “reasonably foreseeable” test in its general remarks, it blurred this standard by employing various different versions such as “real and reasonably foreseeable risk” (para. 8.6) or “direct threat” (para. 8.7) in its further deliberations. This contributes to a lack of clarity which standard is actually applied, as the joint opinion criticized (Annex III, para. 2).

Second, after basing its interpretation of a “life with dignity” in the rules of treaty interpretation, the Committee did not specify its meaning in the context of the case. One may understand its reference to “a situation of physical endangerment or extreme precarity that could threaten their right to life, including their right to a life with dignity” (para. 8.6) as to reduce relevant threats to a “life with dignity” to physical threats only. However, this would not sufficiently consider the aspect of dignity, which should also include situations of reasonable fear for one’s life. Following this line of reasoning, the Committee should have engaged more with the fears expressed by the claimants.

Third, the Committee missed to spell out the due diligence standard mentioned in General Comment No. 36 (para. 7, 21) with regard to mitigation – in the whole decision, but with specific consequences for article 6. The focus of the Committee on Australia’s adaptation measures, remaining mostly silent on mitigation, does not do justice to the inherent link between adaptation and mitigation (s. for the science, e.g., here) for an effective protection of the right to life. Committee member Gentian Zyberi offers some valuable elaboration on this point in his concurring opinion. Spelling out the due diligence obligation could have also given the Committee an opportunity to elaborate on its reference to “robust national and international efforts”, which one may understand as a reference to a duty of cooperation (Boyd, para 68). Such a duty could be grounded on an interpretation based on effective protection that would require the States to do their best to contribute to global mitigation (Mayer, pp. 433-435).

Fourth, the Committee missed – with the exception of a short paragraph at the admissibility stage (para. 7.5) – the opportunity to elaborate further on the relevance of the Paris Agreement to the interpretation of the Convention rights, including the right to life. However, the provisions of the Paris Agreement on the temperature goal (article 2) as well as on highest possible ambitions and common but differentiated responsibilities and respective capabilities (article 4) could influence the interpretation of article 6 ICCPR as a part of its normative environment (Cook, pp. 277-278). A country like Australia, responsible for questionable mitigation efforts and confronted with particularly climate change-vulnerable claimants, would accordingly be under a strict due diligence obligation to mitigate making a violation of the right to life more probable (Zyberi, para. 5). Yet, by remaining silent on this question, the Committee leaves its criteria for the content of a due diligence obligation with respect to mitigation opaque, making its reasoning less comprehensible.

While it is laudable that the Committee elaborated on some of the more controversial aspects of its interpretation of article 6 ICCPR, it missed an opportunity to offer a clearer picture of its interpretation of what is expected of States under article 6 ICCPR with regard to climate mitigation. The five Committee members who, contrary to the majority, found a violation of the right to life (Annexes I, III, V to the views), may be seen as a testament to the still open debate on the precise content of the due diligence obligation under article 6 ICCPR. 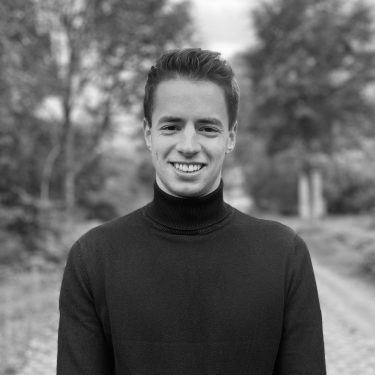 Valentin Büchi is currently a legal trainee at the Higher Regional Court in Berlin and works as a research associate in the state parliament of Lower Saxony. He studied law with a specialization in International Law in Göttingen and Geneva.