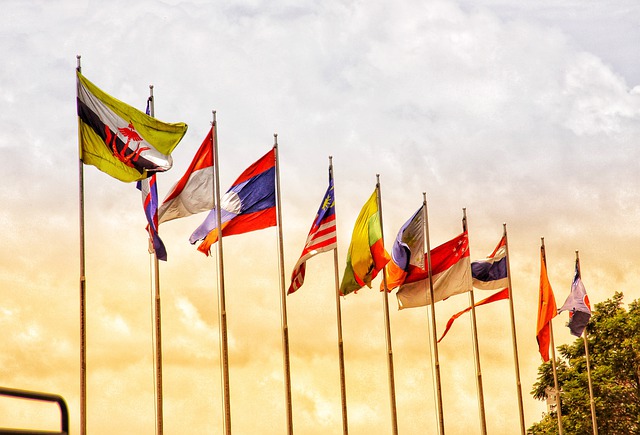 Three years after the Rohingya genocide in Myanmar: Has the ASEAN changed?

August 2020 marked the three-year commemoration of mass atrocities towards the Rohingya minority in Myanmar, causing around 730,000 Rohingya to flee to the neighbouring Bangladesh and other countries. This post will assess the reaction of the Association of Southeast Asian Nations (ASEAN) and its Member States to this ongoing crisis, including on the agenda of voluntary repatriation.

ASEAN’s response to the Rohingya genocide has turned heads because it remains passive in addressing the issue as an inter-governmental organization, even after all these years. The latest ASEAN Chairman Statement only emphasizes the agenda to still prioritize voluntary repatriation of the Rohingya. However, this Statement ceases to acknowledge the findings of the UN Fact-Finding Mission of Myanmar on the non-existence of a conducive situation for repatriation. In its 2019 Report, the UN Fact-Finding Mission onMyanmar stated that “equitable, sustainable economic development in Rakhine is impossible unless and until all restrictions on the Rohingya are lifted”. It therefore called for the guarantee of basic fundamental human rights and the acknowledgment of citizenship for the Rohingya. The Mission reiterated that “in the absence of certainty over their status, the Rohingya cannot, and simply will not, return” (para. 118).

In a separate report, the fact-finding mission went on to state that “conditions enabling the safe, voluntary, dignified and sustainable return of close to one million Rohingya refugees from Bangladesh do not yet exist. (…) Because of the absence of positive change over the past two years, the Mission cannot foresee when repatriation will be feasible” (para. 9).

States, non-governmental organizations, and scholars all over the world have been pushing the United Nations to take stringent measures to do something about the situation in Myanmar, also considering the idleness of ASEAN in proactively resolving this issue with Myanmar over the years.

November last year, The Gambia on behalf of the Organization of Islamic Cooperation (OIC) submitted a case against Myanmar to the International Court of Justice (ICJ). The Court responded through an order of provisional measures on 23 January 2020, ordering authorities to prevent the destruction of evidence related to genocide allegations (para. 81). The Court also ordered the Government of Myanmar to “take all measures within its power to prevent the commission of all acts within the scope of Article II of the Genocide Convention, in particular: (a) killing members of the group; (b) causing serious bodily or mental harm to the members of the group; (c) deliberately inflicting on the group conditions of life calculated to bring about its physical destruction in whole or in part; and (d) imposing measures intended to prevent births within the group” (para. 79). Furthermore, the Court ordered Myanmar to ensure that its military and its irregular armed units refrain from committing “acts of genocide, or of conspiracy to commit genocide, of direct and public incitement to commit genocide, of attempt to commit genocide, or of complicity in genocide” (para. 80).

Indonesia has been known as a prominent ASEAN Member State who actively engaged in a dialogue with the Government of Myanmar and who provided humanitarian aid for the Rohingya in Rakhine State, in the form of schools, hospitals and public markets. In a similar vein, Indonesia also reaffirmed that the priority should be on the safety and security of the Rohingya’s repatriation to Myanmar. As mentioned above, this view has been a longstanding stance of ASEAN, even reflected in the ASEAN’s Chairman Statement this year. As its first step, the ASEAN Coordinating Centre for Humanitarian Assistance on Disaster Management (AHA Centre), an inter-governmental organization tasked with the facilitation of cooperation and coordination on disaster management and emergency response in ASEAN, issued its “Preliminary Needs Assessment for Repatriation”in 2019. The report was put under scrutiny for failing to take into consideration the ongoing risk of conflicts which can pose threats to the lives and security of the Rohingya communities if such repatriation would take place in the near future. Besides, as the “Rohingya boat crisis” reemerged during the COVID-19 pandemic, ASEAN’s inaction regarding the policy of its members to push back the boats to sea gained another spotlight.

The Agenda of voluntary repatriation and the requirement of safety

Even if no active intervention is made, ASEAN should have been able to build solidarity between its members in paying attention to the persecuted group and respect customary international law principles, one of which is the non-refoulement principle and their duty under respective treaty law. Before sticking to the agenda of repatriation, ASEAN Member States should ask themselves: Is there a guarantee that the Government of Myanmar would grant members of Rohingya basic rights, including through citizenship? Is there a guarantee that the Government of Myanmar will take the necessary measures – as commanded by the ICJ in its order of provisional measures – to deescalate the conflicts and provide safe and secured circumstances for the Rohingyas?

Premature repatriation of Rohingya refugees, in the sense that they are pushed to return to their country of origin that is still far from safe, shows the absence of the guarantee to their safety. This condition risks to violate in some instances the non-refoulement principle itself. The Executive Committee of the UN High Commissioner for Refugees (UNHCHR) issued a Conclusion in 1985 stating that voluntary repatriation is “to be carried out under conditions of absolute safety”. The UNHCR’s “Discussion Note on Protection Aspects of Voluntary Repatriation” added the aspect of dignity in 1992.

The case-law of international courts has also specified that the principle of non-refoulement concerns any kind of transfer, including repatriation, that may harm the lives of refugees. In the case of Pacheco Tineo Family v. Bolivia before the Inter-American Court of Human Rights (IACtHR), Bolivian authorities deported a family to their origin country, Peru, despite the fact that they had fled from Peru because of the inhumane treatment they had received. The Court decides that “the deportation to the country of origin of the members of the Pacheco Tineo family was incompatible with the right to seek and to receive asylum, and with the principle of non-refoulement, recognized in Article 22(7) and 22(8) of the American Convention” (para. 189).

The Court notes that the admissibility decision of the expulsion was taken in a “summary manner, without granting a hearing to the presumed victims, and that it was carried out within an unreasonably short period of time” (para. 187). Further above, the Court considers that, “when an alien alleges before a State that he will be in danger if he is returned, the competent authorities of that State must, at the very least, interview that person and make a prior or preliminary assessment, in order to determine whether or not this danger exists if he is deported” (para. 136).

Besides, the Court also notes the absence of any assessment of the “country to which they should be transferred and the potential danger that the family might face in their country of origin, Peru” (para. 187). The Court also includes in its consideration the intervention of the UNHCR in the Hirsi Jamaa v. Italy case before the European Court of Human Rights (ECtHR), stating that “States have the obligation not to return or deport a person who requests asylum where there is a possibility that he may risk persecution, or to a country from which he may be returned to the country where he suffered this risk” (para. 153).

In the case of Hirsi Jamaa v. Italy, the ECtHR “holds unanimously that there has been a violation of Article 3 of the Convention on account of the fact that the applicants were exposed to the risk of being repatriated to Somalia and Eritrea” (Decision para. 7). The Court assesses that “it is a matter for the State carrying out the return to ensure that the intermediary country offers sufficient guarantees to prevent the person concerned being removed to his country of origin without an assessment of the risks faced” (para. 147). The ECtHR finds the lack of individual examination by the Italian authorities on the transfer of the concerned individuals to Libya (para. 185), while it considered previously that “the Italian authorities knew or should have known that there were insufficient guarantees protecting the parties concerned from the risk of being arbitrarily returned to their countries of origin” (para. 156). The same consideration was echoed by the IACtHR in the case of Pacheco Tineo Family v. Bolivia above.

Both cases demonstrated that the return is forced on based on the lack of specific examination of each individual’s condition upon their return to the country of origin, including the threats to their basic rights seen from the general human rights condition. The applicants in both cases, the Pacheco Tineo Family and Hirsi Jamaa, were forcibly returned regardless of the risks of human rights violations they might face in their countries of origin. This supports the premise that the repatriation can only be considered voluntary in nature if the refugees’ decision to return is not influenced by pressures such as political factors, security problems or material needs.

In the case of the Rohingya refugees, Amnesty International’s recent report of July 2020 shows that there are indiscriminate airstrikes by the Myanmar military which killed civilians, while homes are burned down in Rakhine and Chin states. This demonstrates that there has been no positive development in Myanmar’s commitment to refrain from killing the Rohingya community and to guarantee its rights to citizenship to access other fundamental rights. Furthermore, this also indicates that no change has occurred in the Government’s policies and institutions that would grant the Rohingya community its fundamental rights. There is still no guarantee that persecutions against Rohingya refugees carried out by the Government, including the Myanmar military would not happen once the repatriation takes place.

What should ASEAN do to move forward?

The non-interference principle may hinder ASEAN Member States from subjecting Myanmar’s efforts to change the situation in the Rakhine State to a rigorous scrutiny, but genocide and ethnic cleansing can never be tolerated. ASEAN should consider improving its commitment to adhere to international law in the future and take a more active role in responding to the humanitarian crisis in Myanmar. A reassessment of its agenda to facilitate voluntary repatriation in accordance with recent developments according to the reports by grassroot organizations shall be conducted, while prioritizing safety and protection for the Rohingya refugees in the receiving countries. 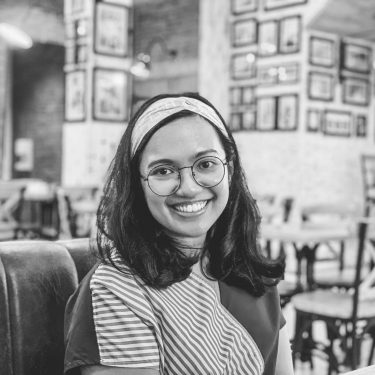