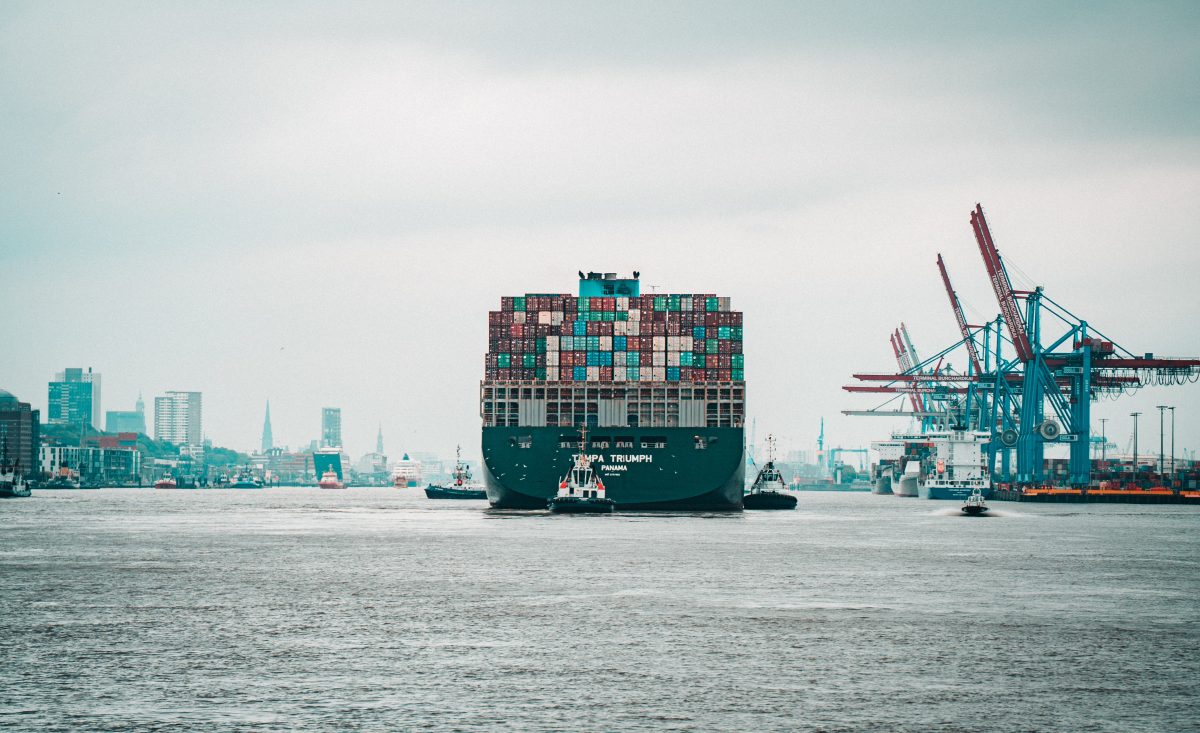 Photo by Mika Baumeister on Unsplash.

The Vocal, yet Elusive Elephant in the Room of Supply Chain Regulation

Sitting at the helm of the EU Council on 1 December 2022, Jozef Síkela, the Czech Minister for Industry and Trade, seemed astonished at the result of a vote count he had just triggered. After highly contentious, if not protracted negotiations, the co-legislator has adopted a common position (general approach) on one of the most divisive dossiers of the year: the Corporate Sustainable Due Diligence Directive (CSDDD). This is quite remarkable for various reasons. Recreating corporate behavioral norms is a tall order in a political environment of constant economic crisis. The aim to internalize certain externalities of corporate action throughout worldwide value chains such that non-corporate risks are prevented rather than reacted to is indeed ambitious.

Arguably, the general approach can be centrally attributed to a set of soft law principles adopted by the Human Rights Council (HRC) in 2011: the UN Guiding Principles on Business and Human Rights (UNGP). Albeit being a constant point of reference during the negotiations, the views as to what the UNGP prescribe for the CSDDD widely diverged. This may be due to UNGP silence regarding some specific contents of binding legislation. In fact, their value for legislative processes seems to be their agnosticism on central aspects of how hard law should be drafted. By leaving such aspects open for debate, they incentivize actors to focus on debating legislative policy solutions, rather than questioning the central premise of the UNGP, i.e. regulating corporate responsibility for human rights abuse in value chains. The UNGP, took the role, as it were, of a very present, yet partially substantively indeterminate elephant in the room. The article demonstrates this with two examples: Civil liability and the material scope of the directive.

A traditionally fraught area of debate in supply chain legislation is that of civil liability of companies for harm arising in third country jurisdictions within value chains. Tort law remains largely unharmonized throughout the Union and the member state’s systems diverge substantially. Civil society actors have identified these issues as the make-or-break element of EU supply chain legislation. Some companies fear unforeseeable liability for behavior of third parties that they could not influence. Attaching civil liability to due diligence, which generally centers on prevention, risk mitigation and best-efforts standards, may also introduce a contravening incentive element that stokes fears (and hopes) of reshoring and deglobalization. In order to ensure the applicability of EU tort liability rules in cases where harm occurred in third country jurisdictions, an extraordinary, albeit justifiable intrusion in the international conflict of laws regime is required, which is not equivocally welcomed by all countries (for a critical TWAIL perspective see here and here; Lichuma and Okowa argue that domestic supply chain laws extraterritorially affect Third World peoples without involving them directly in the legislative project).

Notwithstanding, very early on in the Council’s discussions, it became clear that a CSDDD without civil liability was not a viable path. The Commission was steadfast in arguing that civil liability is a central pillar of the directive’s enforcement framework. However, member states’ perspectives widely diverged and the EU was treading on (nearly – see Loi de Vigilance and some notable case law, e.g. here) unknown territory regulating the liability of companies for harm caused within their value chains. At the same time, during discussions in the Council, some member states demanded legal clarity and proportionality.

The international framework, in turn, does not provide any relevant guidance here. The UNGP are not mute on the issue of remedy or civil liability. In fact, effective access to remedies for incurred harm is one of their central pillars. Yet, the proposed modes of access are broad and predominately procedural. Interestingly, the debate quickly and largely (few member states rejected the imposition of liability altogether) centered on the modalities of how to draft a liability provision, rather than on the question whether to have one at all. The UNGP were the dominant standard against which civil liability in the draft directive was analyzed. Some member states’ delegations believe that effective remedy under UNGP necessarily requires a strong and overriding civil liability regime. Others, in turn, argue that a civil liability regime needs to align with the UNGP and that liability could only ensue from the companies’ own behavior.

The framework does include references to civil, administrative or criminal liability. However, these references refer to existing regimes and only in one instance include a plea to explore options for liability in cases of gross human rights abuses in conflict-affected areas (commentary on Principle Nr. 7). At any rate, the UNGP neither contain a prescription for states to establish a civil liability regime, nor an insinuation that the states’ duties to protect human rights could only be effectively fulfilled with such a system. While Principle Nr. 22 provides guidance on how and when compliance requires remediation in the broad sense of that term, no clear conclusions can be drawn from the framework as to whether, how and under which circumstances civil liability for damages should ensue. Therefore, legislative innovation was needed to garner member states’ support. What emerged as an apparent way forward was the solution finally adopted in the general approach: minimum harmonization. Article 22 of the draft directive in the Council’s version now includes central elements common to all tort law systems (e.g. fault, causation, protected legal interests, protective effect) of the member states, while giving leeway where they diverge.

So, here, the UNGP, irrespective of their elusiveness on the issue, functioned as a discursive device that fosters debate to focus on the question of how and not if a civil liability regime should be conceived.

The UNGP were also central in defining the material scope of the directive, although they did not contain any specific guidance on the content of hard law requirements (Annex Part I).

The Commission’s draft appears to adopt an innovation of the German supply chain law. The draft contains a list of specific human rights prohibitions that clearly define the material scope of the due diligence duty. This was due to the experience with the French law, which had been declared partially unconstitutional by the Conseil constitutionnel, because the mere reference to human rights standards was too imprecise for a provision generating liability for private actors. Instead of simply referring to international human rights conventions, the German supply chain law provides definitions of risks typically related to corporate behavior that due diligence processes should help to unveil. This is an attempt to constitutionally safeguard the translation of state-based rights into company-based obligations given the principle of legal certainty. In the same vein, section 2 para 2 number 12 of the German supply chain law stipulates a catch-all clause that establishes more exigent criteria for violations of any other human rights safeguards not mentioned in the previous list.

The Commission chose to include further prohibitions that constitute mere references to rights in human rights conventions (e.g. Annex Part I 1 Nr. 6: “Violation of the prohibition of interference with the freedom of thought, conscience and religion (…)”). This technique insufficiently clarifies how a private actor is to implement a legal standard that has been established and developed entirely with a view to implementation by states. The proposal also includes a catch-all clause without rigorous criteria which would allow for a substantive differentiation between specifically defined prohibitions and undefined rights (Annex Part I 1 Nr. 21).

The UNGP are inconclusive in this area as well. The commentary on Principle 12 states that “business enterprises can have an impact on virtually the entire spectrum of internationally recognized human rights, their responsibility to respect applies to all such rights.” This was taken by some delegations as grounds for arguing that any hard law framework of due diligence must establish obligations for the entire human rights acquis. In turn, others argued that the UNGP are merely soft law and could not be transferred expressis verbis into hard law with an enforcement regime (see also here, Monnheimer and Nedelcu argue that the state duty to protect does not require regulating all types of corporate human rights abuse).

Importantly, however, the general premise established by the UNGP, i.e. that companies can be obliged to protect and safeguard human rights, was overwhelmingly accepted by all delegations. This is an assertion, that, just a little more than a decade ago, would have generated much more backlash. Nonetheless, the UNGP have no immediate bearing on the extent to which a state legislates corporate obligations in the area of business and human rights. They leave it to states to decide upon the tools and measures via which the social norm of corporate responsibility is realized. There is no stipulation in the text that would bar states from, for instance, regulating liability for gross human rights violations in value chains and, simultaneously, pursuing other, soft incentive tools to ensure protection against less grave forms of abuse.

Both examples demonstrate how the UNGP becomes a tool that sets a baseline view for an entirely new and revolutionary legislative framework around which substantial social consensus can coalesce, although their substantive contents provide little guidance for central aspects of such projects. The Council’s negotiations showed that the debate moves towards the issues on which the UNGP are ambiguous, such that their fundamental premise (i.e. in order to fulfill their duty to protect, states should regulate corporate responsibility for human rights protections) is implicitly accepted by all participants. There is no doubt that without the UNGP both the general approach of the EU Council as well as the CSDDD as a project are inconceivable.

The UNGP, therefore, have assumed the function of ratcheting-up the legislative ambition by providing a new premise for debate. Some may find this to be further evidence that soft law can achieve precisely that which projects to draft international hard law often fail: creating novel binding legal frameworks. In any event, the UNGP were a constant presence during the negotiations. They were, in effect, a very vocal, but elusive elephant in the room.

Disclosure: Jonas Hein represented the German government at the EU Council’s working party on the CSDDD file. All views expressed here are entirely his own. 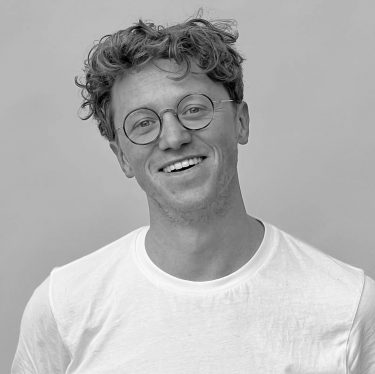 Jonas Hein (LL.M NYU) is a senior legal officer in the Human Rights Division at the German Federal Ministry of Justice. He specializes in supply chain regulation and human rights litigation.