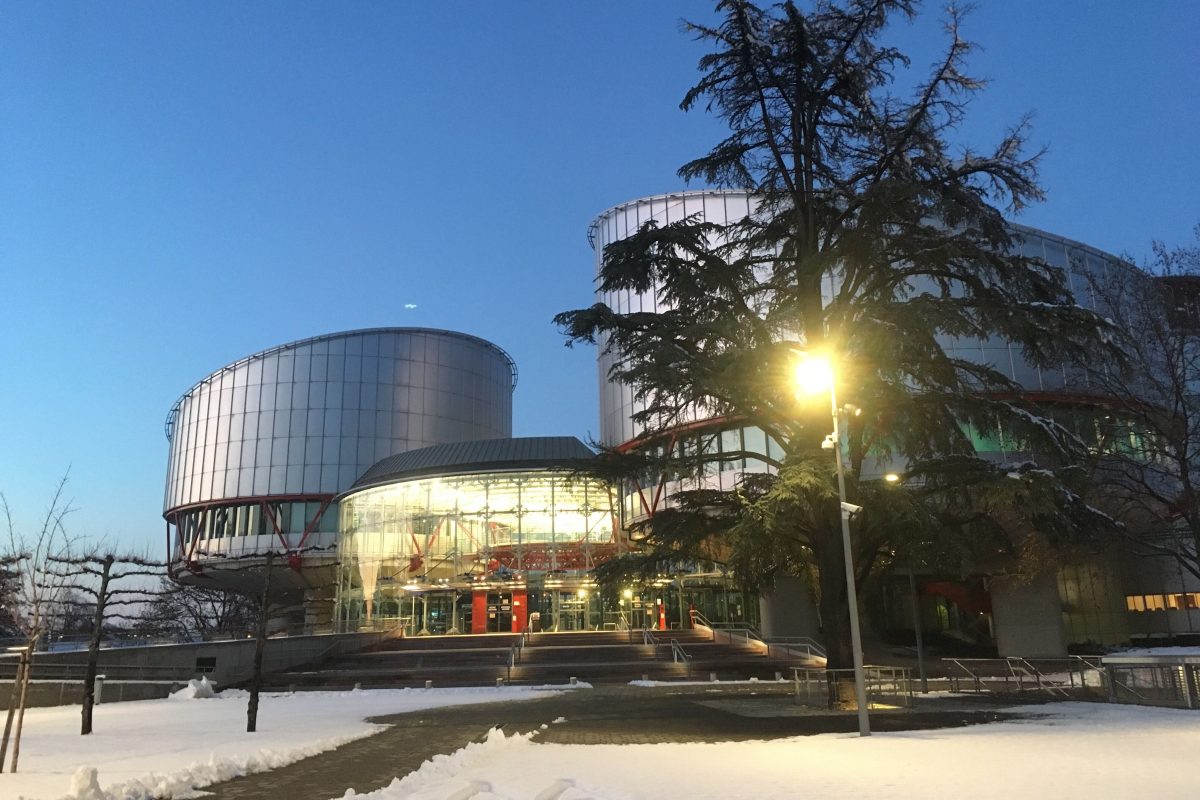 The unforeseeable future and the rule of law

The ECtHR’s Grand Chamber judgment in the case of Selahattin Demirtaş v. Turkey (no. 2)

On December 22, 2020, the Grand Chamber of the European Court of Human Rights delivered its judgment in the case of Selahattin Demirtaş v. Turkey (no. 2) concerning the pre-trial detention of Selahattin Demirtaş. It held that Mr. Demirtaş’ pre-trial detention violated his right to liberty (Art. 5 ECHR), his freedom of expression (Art. 10 ECHR) and his right to stand for election and sit as a member of parliament (Art. 3 AP 1 ECHR). Additionally, the Court found that the pre-trial detention pursued an ulterior political motive and therefore violated the prohibition of the misuse of power (Art. 18 ECHR). As a result, the Court ordered the immediate release of Mr. Demirtaş under Art. 46 ECHR.

While other aspects of the judgment have been discussed elsewhere, this post takes a closer look at the Court’s assessment of the constitutional amendment lifting Mr. Demirtaş’ immunity. Applying an expanded notion of foreseeability within its ruling on Art. 10 ECHR, the Grand Chamber was able to condemn the amendment as a violation of the rule of law. However, the combination of foreseeability with a rule of law assessment is unconvincing and was not even necessary, as there were better ways to address the amendment.

On 4 November 2016, Mr. Demirtaş, a member of the Turkish Grand National Assembly and the (then) co-chair of the Peoples’ Democratic Party (HDP), was arrested on charges of public incitement to commit an offence and membership of an armed terrorist organization. These charges were based on tweets calling for protests in 2014 in the face of the Daesh attack on Kobani, his speeches and statements asking for self-governance for the Kurdish population in Turkey and his heavy critique of the government’s policies regarding the Kurdish population (see paras 70, 79).

As a member of the National Assembly, Mr. Demirtaş originally enjoyed parliamentary immunity in the form of inviolability and non-liability (Art. 83 of the Turkish constitution). Inviolability offers sitting members of parliament protection against investigations or arrest.

However, in May 2016 a constitutional amendment substantially scaled back the protection offered by Art. 83. The amendment lifted the inviolability in all cases where the prosecution has made a request to that end prior to the amendment. Per its entry into force, 154 members of parliament, including Mr. Demirtaş, lost their inviolability (para. 57). As it was a constitutional amendment that brought about the lifting, the affected parliamentarians were deprived of procedural safeguards and remedies that are normally available to them when their immunity is lifted by a vote of parliament (paras. 266 et seq.).

As a consequence, the domestic authorities proceed with their investigations against Mr. Demirtaş, leading to his arrest. While the criminal case is still pending, the domestic courts ordered Mr. Demirtaş’ release on 2 September 2019 (paras. 93 et seq.). However, because of another pending investigation, Mr. Demirtaş remains in pre-trial detention until today (paras. 114 et seq.).

Lifting of inviolability and prosecution as an interference with Art. 10 ECHR

The Grand Chamber faced a delicate situation: A member state prosecuted and arrested a leading opposition politician for statements that were – in the eyes of the Court –political speeches covered by freedom of expression (paras. 280, 327 et seq.). In its judgment, the Grand Chamber therefore gave great weight to a potential violation of freedom of expression (which the chamber found unnecessary to examine, see para. 275). Taking into account “the combination of all measures” (para. 247) it found an interference with Art. 10. It considered the fact that the charges against Mr. Demirtaş were based almost exclusively on his political speeches and the pre-trial detention, but also the constitutional amendment lifting inviolability (paras. 246 et seq.).

The constitutional amendment – an unforeseeable violation of the rule of law

The Court then went on to find that the interference had not been prescribed by law and was therefore unjustified. Here, the Court continued to focus on the constitutional amendment. The Court addressed the amendment under the heading of foreseeability and concluded that it had been unforeseeable because it violated the rule of law (paras. 264 et seq.).

More specifically, the Court found the amendment to be an unprecedented “one-off ad homines amendment”, as it was – according to its preamble – directed against “certain members of parliament (…) [that] have made speeches voicing moral support for terrorism, have provided de facto support and assistance to terrorism and terrorists [and] have called for violence” (paras. 56, 268 et seq.). Because it held previously that ad homineslaws raise issues under the rule of law (see Baka v. Hungary, para. 117), the Court concluded that the amendment violates the rule of law and constitutes a “misuse of the constitutional amendment procedure” (para. 269).

The Court then linked this finding back to the issue of foreseeability by stating that “a member of parliament [note the abstract phrasing here!] could not reasonably expect” such an amendment (para. 269). This (of course) also encompasses Mr. Demirtaş, who could have legitimately expected to enjoy the benefit of the constitutional framework granting inviolability against criminal proceedings (para. 270).

Violations of the rule of law as an issue of foreseeability?

Thereby, the Court extended the scope of foreseeability to encompass the rule of law conformity of new laws.

However, this approach is confusing for two reasons.

Second, the Court did actually not take issue with the fact that there had been a legislative change as such. Instead, the Court held that there is a lack of foreseeability because the amendment violated the rule of law (and not because it had been introduced subsequently).

Alternative ways to review the amendment?

The Court’s surprising approach was not not for a lack of alternatives to reach a finding on the amendment. While it was not possible to review the amendment by itself due to the six-month rule, one can still think of several alternative ways that seem less doubtful than the foreseeability approach. More precisely, there were at least two ‘smaller’ and one ‘big’ alternative.

The ‘smaller’ alternatives relate to the interpretation of Convention rights. First, the Court could have (somewhat pragmatically) examined whether the constitutional amendment constitutes a law in the sense of Art. 10 para. 2 ECHR. The Court has held previously that laws that violate the rule of law cannot be considered laws in that sense (Baka v. Hungary, para. 154). As the Court already addresses the amendment under the heading of ‘prescribed by law’ (para. 255), one can only wonder why the Court chose the path of foreseeability instead of reviewing the amendment’s compliance with the rule of law just like that.

Second, the Court could have reviewed the constitutional amendment under Art. 3 AP 1 ECHR (right to vote and sit as an MP). As the Court itself stated that “the rule of parliamentary immunity (…) is crucial to this guarantee [the right to sit as an MP]” (para. 386), shouldn’t this allow for a review of a lifting of immunity such as the one executed via constitutional amendment, especially when such lifting leads to a parliamentarian’s arrest?

The ‘big’ alternative concerns the review of chamber admissibility decisions and the fact that the amendment could have been addressed more easily under Art. 5 ECHR (lawfulness of the detention). Under this heading, the Court regularly reviews the compliance of the applicable domestic laws with the Convention and the rule of law (Mozer v. the Republic of Moldova and Russia, para. 134; Merabishvili v. Georgia, para. 186). However, the chamber had declared this part of the application inadmissible by deferring fully to the assessment made by the national authorities, namely the Turkish Constitutional Court (paras. 142 et seq.).

The Court held that a constitutional (!) amendment violates the rule of law. This sends a very strong signal, not only for the importance of the rule of law in general, but in particular for all pending criminal proceedings against Turkish parliamentarians whose immunity had been lifted by the amendment. As applaudable as this message is, the Grand Chamber could have achieved the same result by less questionable means instead of adopting an unpersuasive expansion of the notion of foreseeability.

One has to wait for future cases to see what this interpretation really means. As the notion of foreseeability can be found in various Convention provisions, future applicants will certainly take up the Court’s approach in very different cases. Hopefully, the Court will then continue or even expand its review of domestic legislation for compliance with the rule of law. At the same time, the Court should not forget about systematic coherency and therefore refrain from doing so under an expanded notion of foreseeability.

The author is grateful to Prof. Dr. Christian Walter and Quirin Weinzierl for their helpful comments. 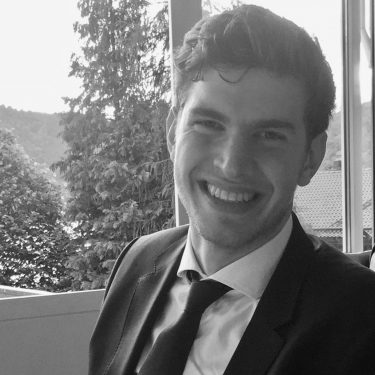