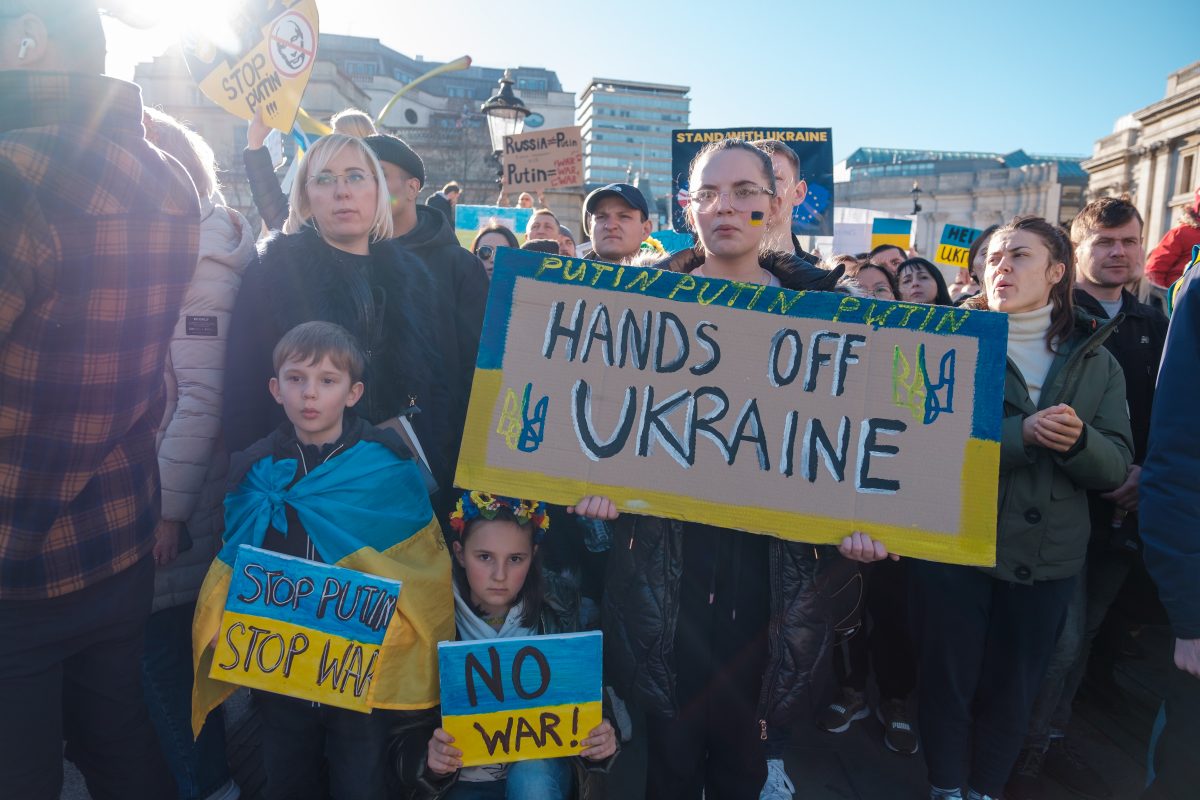 The Sham “Referenda” at Gunpoint

Despite ongoing fighting in the four partly occupied Ukrainian regions Luhansk, Donetsk, Kherson and Zaporizhia, “referenda” were held between 23 and 27 September 2022 under farcical modalities. Ballots were collected from residents at their homes by the organizers, who went from door to door in the presence of heavily armed uniformed men. According to the results of the “referenda”, the residents “’agreed’ that the invading power, Russia, should annex their land”, as the Economist put it.

Against this background, on 5 October 2022 the Russian President finalized the illegal annexation of the said four Ukrainian regions. Thus, Russia breached once again some of the core principles of international law: the inadmissibility of the acquisition of territory by war as a corollary of the prohibition of the threat or use of force, and the principles of sovereignty and territorial integrity. This blogpost further argues that the referenda (irrespective of the preposterous modalities under which the referenda took place), the following annexation, and the implementation of any law other than the previously applicable Ukrainian law constitute an evident breach of the law of occupation.

The law of occupation, as a part of international humanitarian law (IHL) provides a set of rules, rights, and obligations in case of the partial or total occupation of a territory by a foreign hostile army. These provisions are enshrined in the Hague Regulations of 1907, the Fourth Geneva Convention of 1949, and the Additional Protocol I of 1977. Many of them are also part of customary international law.

The law of occupation applies in case of an “occupation”. Pursuant to Art. 42 of the Hague Regulations, a

[t]erritory is considered occupied when it is actually placed under the authority of the hostile army. The occupation extends only to the territory where such authority has been established and can be exercised.

Whether IHL and in particular the law of occupation applies, is decided by the facts on the ground. The main question here is whether Russia exercised effective control over the four regions in which the referenda were held. As Lieblich rightly notes, whether Russia in fact exercises effective control in all parts of the concerned regions – and what “effective control” entails – requires a separate analysis, especially since the situation on the ground is volatile and changes fast. However, as vast parts of said regions are still under Russian military control, Russia exerts sufficient control (i.e. permitting the foreign troops to enforce the rights and duties granted to them by occupation law) at least in parts of the concerned areas for them to be deemed occupied and for occupation law to apply.

As for the condition of the continued lack of the territorial sovereign’s consent, a genuine, valid, and explicit consent of the territorial state to the presence of the foreign forces renders occupation law inapplicable. In practice, evaluating this theoretically clear criterion often proves difficult, especially when the invading or occupying power takes over important administrative or leadership functions in the concerned state and the new leadership agrees to the foreign troops’ presence. As Tristan Ferraro observed, when foreign forces continue to exercise effective control over the foreign territory, “free and genuine consent cannot be said to have been given, the local government being under the authority of the Occupying Power”.

This applies also to Luhansk and Donetsk (where fighting first broke out in 2014) notwithstanding Russia’s arguments that they are independent states, which invited Russia. Due to the principle of territorial integrity, international law does not generally recognize the right of unilateral secession. As Lieblich rightly notes, regions within a state cannot “simply breakaway and invite foreign forces to ‘defend’ them” – as asserted here.

Which parts of the four regions of Luhansk and Donetsk, Kherson and Zaporizhia actually are under Russia’s “authority” (in line with Art. 42 Hague Regulations) depends on the facts on the ground and is subject to constant changes as Ukraine advances into the “annexed regions”. However, Russia exerts sufficient control at least in parts of the concerned regions (e.g. most of Luhansk and the cities of Donetsk and Mariupol at the time of writing, i.e. 15 October 2022) for occupation law to apply. In the other parts of these regions, where Russia does not exert sufficient control, the law of occupation law is not applicable.

Russia’s Violation of Art. 43 Hague Regulations and The Inalienability of Sovereignty

As the authority of the legitimate power has actually passed into the hands of the occupant, occupation law obliges the latter to take all steps in its power to re-establish and ensure, as far as possible, public order and safety, while respecting, unless absolutely prevented, the laws in force in the country (Art. 43 Hague Regulations). From this fundamental norm derives the core principle of occupation law: the inalienability of sovereignty through actual or threatened use of force.

The military occupant derives its power not from international law as such but from military superiority. It exercises its power only on a de facto and not on a de jure basis. The rights of the occupying power are only provisional while the de jure sovereignty inalienably remains with the respective state whose territory has been occupied and which is held in trusteeship. Accordingly, as Lieblich stresses, since sovereignty is not transferred to the occupying power, there is no legal basis on which it could hold referenda in occupied territories, not least on the annexation of the occupied territories.

There are only few exceptions to this rule. First, security needs of the occupant (adhering to the general principle of IHL to balance military necessities and humanitarian concerns) permit to repeal provisions that would be detrimental to its occupation (see Art. 64 Fourth Geneva Convention, Art. 43 Hague Regulations). For example, such provisions concern recruiting or urging the population to resist the enemy.

In addition, several unwritten exceptions are widely accepted. First, the occupying power may have an obligation to legislate in cases where the law in force in the occupied territory is incompatible with humane requirements set forth in IHL and other norms of international law, particularly international human rights law, e.g. provisions which adversely affect racial or religious minorities (e.g. Art. 27 Fourth Geneva Convention). Also, in case of an occupation of a failed state, legislative action by the occupying power may be necessary to ensure civil life. Furthermore, the UN Security Council may mandate or authorize an occupying power to take certain steps to create conditions in which the population of the occupied territory can freely determine its future life under the rule of law and enjoy the respect of human rights by making material changes to the territory’s legal order (see also Parameswaran, p. 176 ff.). Clearly, none of these – to be restrictively construed – exceptions apply here (unlike e.g. in Iraq in 2003).

Russia’s Violation of Art. 47 Fourth Geneva Convention and The Inviolability of Rights

According to Art. 47 of the Fourth Geneva Convention,

This cardinal safeguard speaks for itself: Installing proxy officials in conflict areas (as happened here) which then consent to the occupation or even to referenda leading to the accession of the concerned territory to the occupying state does not end the occupation and the applicability of occupation law. Rather, holding fake referenda in partly occupied territories as a first step in a deeply flawed process that leads to an annexation clearly violate Art. 47 of the Fourth Geneva Convention.

The law of occupation prevents Russia from imposing its own law on the regions under Russian military control (as also happened in Crimea). Rather, Russia is bound to respect the occupied territory’s laws. Clearly, none of the exceptions outlined above apply here. In this situation, where an ongoing conflict has taken place in parts of the now occupied territories since 2014, there is no legal basis to assume that a howsoever pseudo-democratically construed consent of a people or a local government could change the state of belligerent occupation and end it. Given the situation on the ground, the referenda or for that matter any other measures by Russia or its proxies to alter the status and the applicable law of the occupied territories, and even more so their annexation, is a severe violation of both the law of occupation and general international law. However, even in areas of the “annexed” regions where occupation law does not apply due to a lack of effective control, the annexation still violates general international law. 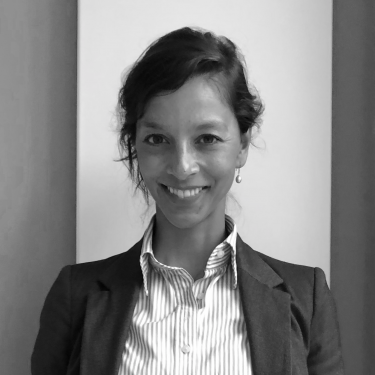