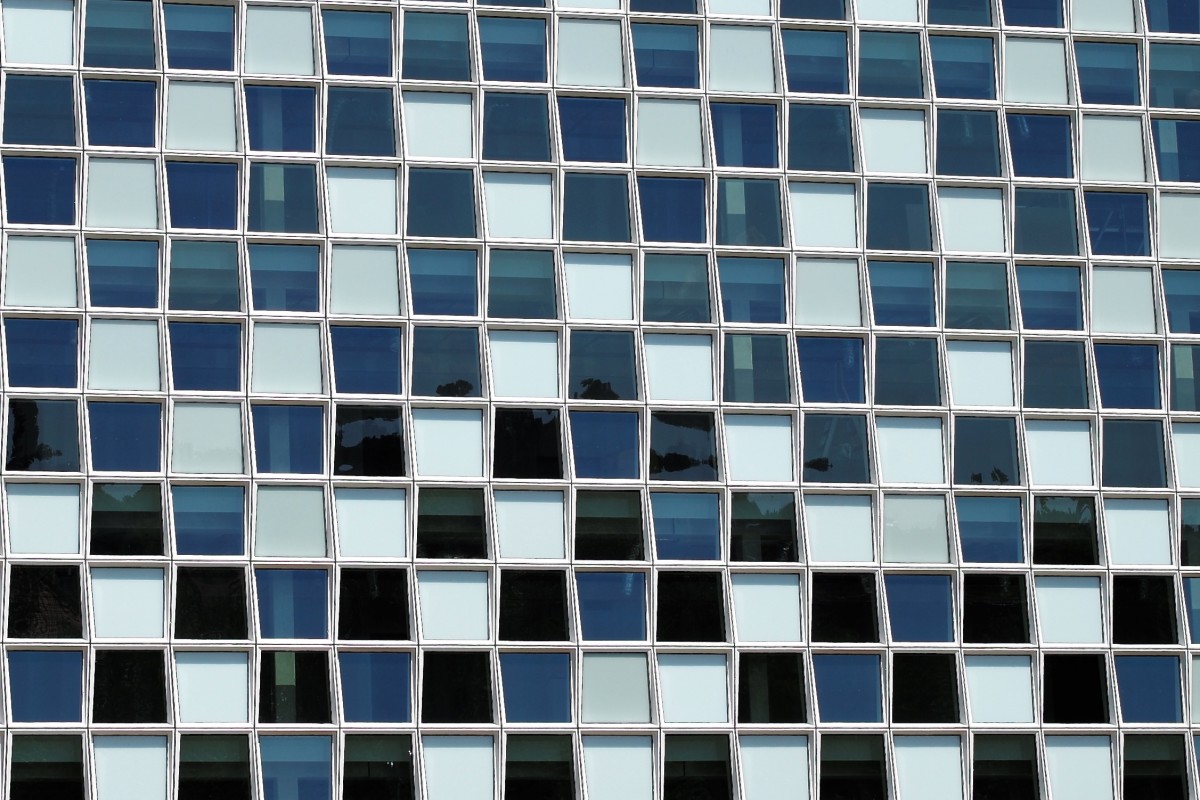 The Ongwen case: A prism glass for the concurrent commission of gender-based crimes

In a long-anticipated judgment at the International Criminal Court (ICC), Trial Chamber IX found Dominic Ongwen, a former commander in the Lord Resistance Army (LRA), guilty of 61 counts of war crimes and crimes against humanity committed in Northern Uganda, including 19 counts of sexual and gender-based crimes (SGBC). Unlike earlier cases at the ICC in situations where SGBC was prevalent, the charges went beyond rape and other forms of sexual violence to include charges tried at the ICC for the first time, namely forced marriage as an inhumane act and forced pregnancy.

This commentary will reflect on the significance and shortcomings of the Ongwen case from the perspective of developing jurisprudence on forced marriage and forced pregnancy at the ICC and beyond.

Recognising the gendered, non-sexual dimensions of forced marriage (Counts 50 and 61)

As forced marriage is not an explicitly recognised crime in the Rome Statute, its legal characterisation is at the discretion of the Prosecutor (OTP), and ultimately, the Chambers. Earlier – yet limited – litigation of this crime, first at the Special Court for Sierra Leone (Prosecutor v. Brima, Kamara and Kantl and Prosecutor v. Sesay, Kallon and Gbai) and later at the Extraordinary Chambers in the Court of Cambodia (Prosecutor v. Nuon and Khieu, Case 002/02) laid an important foundation in asserting that forced marriage is not exclusively a sexual crime and therefore, not to be equated with the crime of sexual slavery.

In the present case, Prosecutor v Dominic Ongwen, the Prosecutor brought – for the first time – explicit charges of forced marriage as an inhumane act pursuant to Article 7(1)(k) of the Rome Statute. Thereby, the Prosecutor put the legal characterisation of this crime again in the spotlight. For one, this was significant considering that the ICC OTP’s 2014 Policy Paper on Sexual and Gender-Based Crimes is silent on this crime, which could be taken as a sign that the OTP considered forced marriage to be captured in the crime of sexual slavery. Additionally, in Prosecutor v. Germain Katanga and Mathieu Ngudjolo Chui, acts involving forced marriage were only charged and confirmed as sexual slavery (paras. 431, 434-435). As such, the explicit forced marriage charges brought in the Ongwen case represented a move away from the limited consideration of forced marriage, and an opportunity to explore its gendered dimensions.

On multiple occasions, starting from the confirmation phase, Ongwen’s defence submitted that forced marriage is not a crime in the Rome Statute, and that it should not be charged as an inhumane act but be subsumed in the charge of sexual slavery, as has previously been done at Prosecutor v. Germain Katanga and Mathieu Ngudjolo Chui (paras. 128-130). The Ongwen pre-trial Chamber, however, confirmed the Prosecutor’s position that forced marriage differs from sexual slavery “in terms of conduct, ensuing harm, and protected interests” (para. 92). The Chamber recognised that forced marriage will generally be committed in situations where victims are enslaved by the perpetrator, including sexually. Its key feature, however, is the imposition of ‘marriage’ on the victims, the duties associated with it, and the status of being the perpetrator’s “wife” (paras. 91-95).

The Ongwen Trial Chamber elaborated in its judgment that while forced marriage implies the imposition of a conjugal association, it “does not necessarily require the exercise of ownership over a person, an essential element for the existence of the crime of enslavement” (para. 2750). The Chamber additionally noted that the imposition of a marital status on a victim is not captured in the crime of rape either, and that this specific status results in victims’ suffering of “trauma and stigma beyond that caused by being a rape victim alone” (ibid).

While the Chamber underscored the social, ethnic and religious effects of forced marriage and its serious impact on victims (para. 2748), it left the gendered harm and impact unexplored and therefore, unrecognised. This represents a missed opportunity considering the intersecting grounds that underpin the commission of this crime, particularly gender grounds, and link it to other crimes that were committed concurrently.

Looking beyond sexual violence perpetrated parallel to or consequential of forced marriage helps in furthering the understanding of the gendered nature of this crime, particularly when intersecting with religious and ethnic dimensions. For instance, in situations such as Syria and Iraq, enslavement, sexual slavery and forced marriage against females of religious minorities have been instrumentalised by armed groups with extreme ideologies as a tool for gender and religious persecution, both manifesting in forced marriage. There, forced marriage was both a tool for operationalising conversion in religion, where a consequence of such conversion is marriage compatibility, and for persecuting women based on their gender and treating them as inferior to men. The combination of crimes committed against both females and males is an attack against their religious and group identity, in an inherently gendered manner.

Navigating a narrow definition: The first consideration of forced pregnancy at the ICC (Counts 58 and 59)

The Ongwen Trial Chamber pioneered international criminal jurisprudence by convicting a defendant, for the first time, of the crime of forced pregnancy as both a crime against humanity and a war crime, pursuant to Article 7 (1)(g) and Article 8 (2)(vi) Rome Statute, respectively.

The crime of forced pregnancy requires not only the two material elements of confinement and forcible impregnation; but also the mens rea requirement that the perpetrator have committed the crime with the intent to confine the woman forcibly made pregnant as well as the specific intent of either “affecting the ethnic composition of any population or carrying out other grave violations of international law” (Article 7 (2)(f) Rome Statute, Element 1 of Article 7(1)(g)-4 EoC).

The Rome Statute appears to additionally require that the perpetrator have committed the crime with the intent to keep the woman pregnant. With reference to the drafting history and related discussions (para. 2728), the Ongwen Trial Chamber takes the opposite stance. It clarifies that “the crime of forced pregnancy consists in the confinement of a forcibly pregnant woman in order to carry out other grave violations of international law, regardless of whether the accused specifically intended to keep the woman pregnant” (para. 2729). The Chamber also asserts that the effects of the women’s confinement is the deprivation of their reproductive autonomy (para. 2722).

In its assessment of the material element, the Ongwen Trial Chamber held that the confinement of the two forcibly pregnant women was due to their placement under heavy guard and their understanding that they would be killed if they tried to escape (para. 3058). While the mens rea element was met as a result of the nature and sustained character of the acts by Ongwen over a long period of time (para. 3060), the specific intent was reflected in the fact that the women had been forcibly made pregnant by Ongwen “with the intent of sustaining the continued commission of other crimes” against them, especially crimes that are part of the identified pattern of sexual violence, namely forced marriage, torture, rape and sexual slavery (para. 3061).

The narrow definition of the crime of forced pregnancy has its origins in the patriarchal oppression countering reproductive justice demands in the late 90s, and sadly, still today. It is a reflection of the patriarchal fear and consequential backlash that criminalising forced pregnancy may be understood as interfering with respective national laws criminalizing abortions. The political nature of the high threshold of this crime is rooted in its drafting history and related discussions, as was duly noted by the Ongwen Trial Chamber (para. 2728).

The commitment to account for the two counts of forced pregnancy should be applauded. Yet, the case fails to expressly explore the nexus between forced pregnancy and other crimes that were committed concurrently, including forced marriage and sexual slavery, by failing to acknowledge the gender ground that is common to their commission.

The Ongwen Trial Chamber’s judgment was handed down at the backdrop of a decade’s long absence of effective accountability for survivors of gender-based crimes, including sexual violence. It enhances jurisprudence on gender-based crimes by examining previously uncharged crimes in combination with previously charged sexual crimes through a prism glass. Yet, the prism glass has not been used to its full potential since the gender stereotypes and gender hierarchies that motivated the commission of these crimes, as well as their socioeconomic impact on women and girls, have been left unexplored.

The OTP’s prosecution team in the Ongwen case has taken a long stride for the Court in finally addressing previously overlooked sexual and gender-based crimes against the common, unfortunate myth that they would be ‘too hard’ to prove. Yet, a noticeable gap in the OTP’s case is the absence of the charge of persecution on gender grounds as a crime against humanity pursuant to Article 7(1)(h) Rome Statute. Charging the conduct of forced marriage, forced pregnancy and sexual slavery accumulatively with gender-based persecution would have cast profound recognition on the discriminatory intent towards women on the basis of their gender. That intent underpinned the LRA’s treatment of and crimes against women and girls.

The absence of the charge of gender-based persecution in the Ongwen case is part of a broader challenge to recognise and prosecute this crime. No suspect has faced this charge until 2019, when the OTP included persecution on gender grounds among the charges against Al-Hassan. Al-Hassan’s case, and other preliminary examinations and investigations where persecution on gender grounds is gaining recognition, all offer a long overdue examination of the gender grounds that lead to the targeting of women and girls, as well as men and boys, in the commission of crimes. 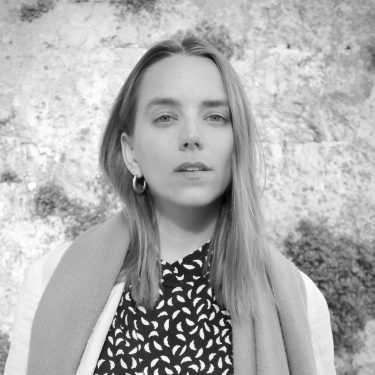 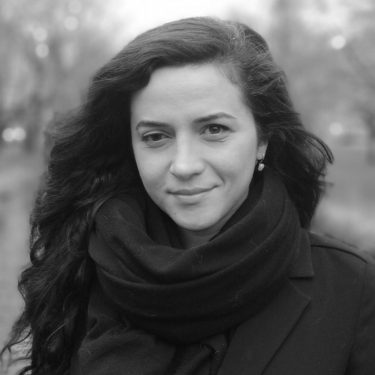 Amal Nassar
Amal Nassar is a legal researcher and consultant currently working on the right to a remedy and reparation for survivors of conflict-related sexual violence. She previously worked with civil society and international organisations on international criminal justice issues, including on the documentation, legal analysis and accountability for sexual and gender-based crimes and crimes against or affecting children.
View profile
Tag
International Criminal Law
Share article
facebook twitter
Print article
Print