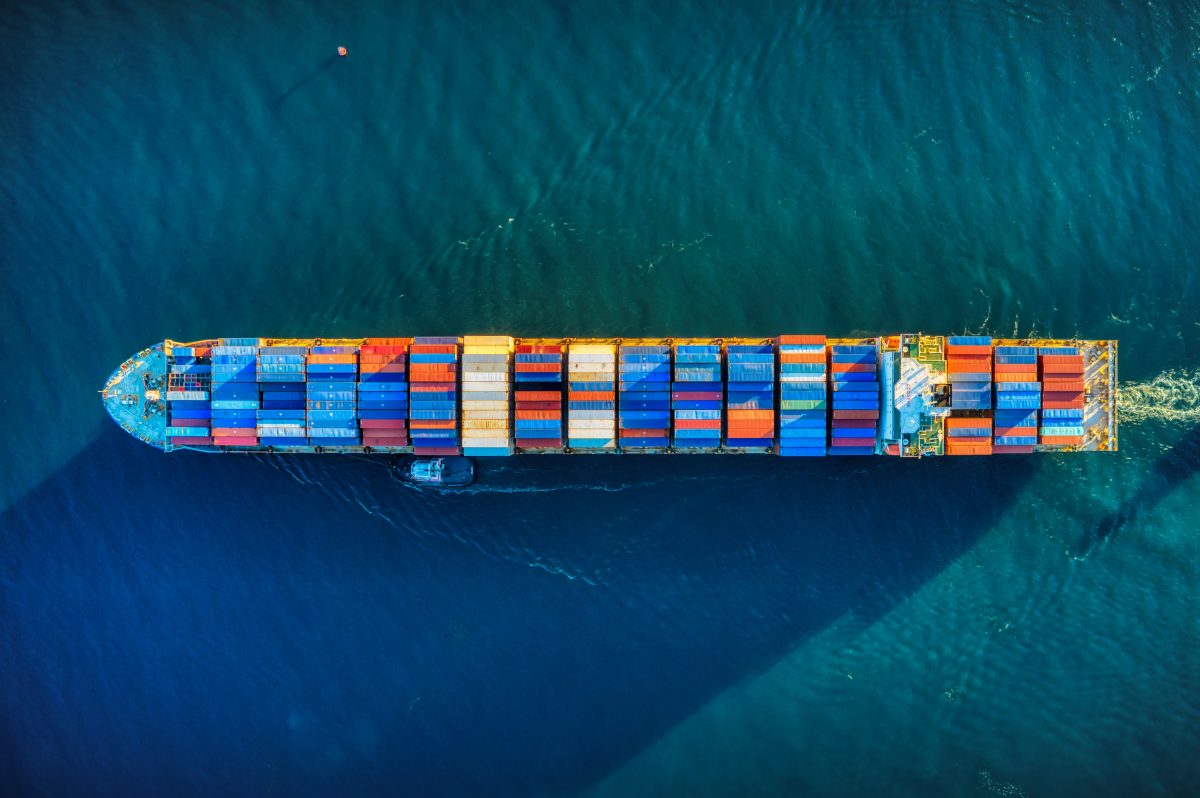 Photo by Cameron Venti on Unsplash.

Whatever little hope was left for Africa-EU trade relationship to be brought within a set of coherent rules agreed between the two sides has been put to rest, potentially for another quarter of a century, through a new agreement negotiated between the EU and members of the Organization of African, Caribbean and Pacific States (OACPS). To the extent this Negotiated or Post-Cotonou Agreement makes reference to trade, it is essentially to underscore that trade falls outside its scope. As a result, the confused mess of laws and regulations that currently govern trade relations between Africa and the EU –  some unilaterally granted by the EU, others negotiated with individual African countries or regions – will continue to undermine Africa’s own integration agenda. The EU’s choice to go down this route has a three-fold effect. Firstly, it increases and institutionalises the cost that ­individual African countries incur for sticking to their own regional integration agenda. Secondly, it provides both an inspiration and a justification for other trading partners, particularly the UK and the USA, to follow suit. Finally, it establishes legal hurdles against future efforts to reverse course and take corrective measures. The rest of these comments are presented in three parts: (1) a brief background note on the nature and evolution of EU-ACP agreements since 1975 and the place of trade therein; (2) a few general observations relating to the place of trade in the General Part of the Negotiated Agreement as well as its Africa Regional Protocol (ARP); and (3) summary and recommendations.

The relationship between Africa and Europe over the centuries has passed through different phases, which can be described as an evolution from direct colonialism through indirect control and paternalism to emerging partnership. Since Africa’s independence starting in the late 1950s, this relationship has been underpinned by a series of international treaties concluded between groups of European countries, on the one hand, and groups of African countries, on the other. These treaties were commonly known as the Lomé Agreements, later replaced by the Cotonou Partnership Agreement (CPA), which is still in force today. Although the CPA was first concluded for a 20-year period, the preferential trade regime under Title II, which continued the Lomé legacy, expired on 31 December 2007 when the WTO waiver to accommodate it came to an end. Trade relations between the African, Caribbean and Pacific (ACP) countries and the EU since 2008 have been governed by a variety of legal instruments, including economic partnership agreements (EPAs) and the EU Generalised Scheme of Preferences (GSP), thereby replacing the more or less unified system of unilateral preferences under the Lomé Agreements with an array of tools that brought to an end the trade-related functions of the ACP Group of States (the OACPS today) as a single bloc. The CPA is now about to be replaced by the Negotiated Agreement, initialled on 15 April 2021 by the chief negotiators from the two sides. Once in force, the Negotiated Agreement will also have a 20-year lifespan, but with a proviso for automatic extension by five more years unless agreed otherwise (Article 99 of the Negotiated Agreement). The statement released by the two chief negotiators lauds the Negotiated Agreement as representing substantial modernisation, expansion and deepening of the cooperation between the two sides. Tellingly, neither the “strategic priorities” of the Negotiated Agreement, nor the “priority areas” identified in the statement even mentions trade.

Trade in the Negotiated Agreement

The regional protocols supplement and complete the umbrella agreement. To take the negotiated African Regional Protocol (ARP) as an example, although many of its provisions commit the parties to “support regional and continental integration in Africa” (Article 3 of the ARP), including the African Continental Free Trade Area (AfCFTA), Article 16(3) of the ARP leaves no room for doubt that “trade cooperation shall primarily build on existing preferential trade arrangements and the […] EPAs.” The evidence on the ground tells a different story. Since 2008, EPAs have undermined some of the most promising regional integration projects in Africa, such as ECOWAS, where individual countries (e.g. Ghana and Côte d’Ivoire) had to conclude interim EPAs with the EU in order to preserve pre-existing market access opportunities through reciprocity. Because EPAs are in the nature of free trade agreements (FTAs), these countries had to adopt special regimes applicable to trade with the EU, which are not compatible with the ECOWAS common external tariff that entered into force on 1 January  2015. In legal terms, this is akin to a situation where Germany concludes an FTA with, say, China while it remains in the EU. Not only does this undermine the letter and spirit of the laws of the relevant REC, it also complicates the flow of intra-REC trade as new barriers need to be erected to pre-empt the free-rider problem whereby goods originating from outside the union would otherwise move freely within the union. The precedent set by the EU through interim EPAs with individual countries is now being exploited by the UK post Brexit, while the USA uses the reciprocal nature of EPAs as a powerful justification to terminate unilateral preferences under the African Growth and Opportunity Act (AGOA) and replace them with equally reciprocal FTA-type arrangements with willing individual African countries. The cumulative impact is that African countries that have committed to progressively liberalize intra-African trade, harmonise their standards and regulations and work towards a continental single market through the AfCFTA Agreement are now being forced to act contrary to these commitments because of perverse incentives from outside. But African countries themselves also carry part of the responsibility for not sticking to their original plans to “move forward on an AU – EU post-Cotonou agreement that treats Africa as a united continent that speaks with one voice” through the AU Commission.

While the damage caused by EPAs to Africa’s integration agenda is clear, those provisions of the Negotiated Agreement, like Article 16(6) of the negotiated Africa Regional Protocol, that repeatedly refer to the AfCFTA Agreement and vow to support its implementation are unlikely to materialize. EPAs are inherently divisive. Contrary to the “One Africa” approach it professes, in practice the EU has one regime for North Africa through the Euro-Med Agreements, another for those that signed the EPAs, yet another for the GSP beneficiary African countries that were not ready to join EPAs, and the Everything But Arms (EBA) scheme for African least developed countries (LDCs). It is encouraging to see the EU’s repeated affirmation (also here and here) that the successful implementation of the AfCFTA is “in line with the long-term prospect of a continent-to-continent trade agreement”, but it needs to be reconciled with the equally repeated assertion that EPAs and other FTAs with North African countries will serve as building blocks “to the benefit of the African Continental Free Trade Area”.

The approach taken by the Negotiated Agreement undermines Africa’s integration programme in many ways. Firstly, by leaving trade to EPAs, African countries are forced to address the most important policy area in their relationship with the EU, at best, at the level of RECs and, at worst, individually. Secondly, by leaving trade outside the scope of the ARP, the Negotiated Agreement sets significant and potentially permanent obstacles against the realization of the AfCFTA goal to “create a single market” for goods and services. Finally, by sticking to the old and outdated concept of sub-Saharan Africa, the ARP only perpetuates the idea of an Africa that excludes its Northern region, thereby prolonging a fragmented approach inimical to Africa’s interest.

Going forward, while it might be too late to make any substantial changes to the Negotiated Agreement, here is a modest set of proposals, building on previous efforts to this effect, for consideration by Africa’s negotiators prior to signing the Agreement: Firstly, introduce a provision that recognizes the detrimental impact of EPAs to the continental integration agenda. Secondly, build into the Agreement an agenda to gradually phase out EPAs and replace them, over time, with a Union-to-Union agreement. Finally, revise the institutional provisions of the negotiated ARP (Article 4) to give legal status to the Africa-EU Partnership platform and designate the AU-EU summits as the highest decision-making organ under the Protocol.

Useful comments and suggestions by David Luke, Simon Mevel, Justine Batura and the anonymous reviewer are gratefully acknowledged. All responsibility for the article remains with the author.

Cite as
Melaku Geboye Desta, The Normative Mess Governing Africa-EU Trade Relation Granted a New Lease of Life: Preliminary Reflections on the Trade-Related Aspects of the Negotiated Agreement between the EU and OACPS, Völkerrechtsblog, 16.11.2021, doi: 10.17176/20211116-081213-0.
Author 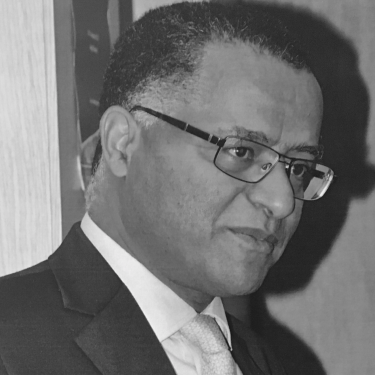