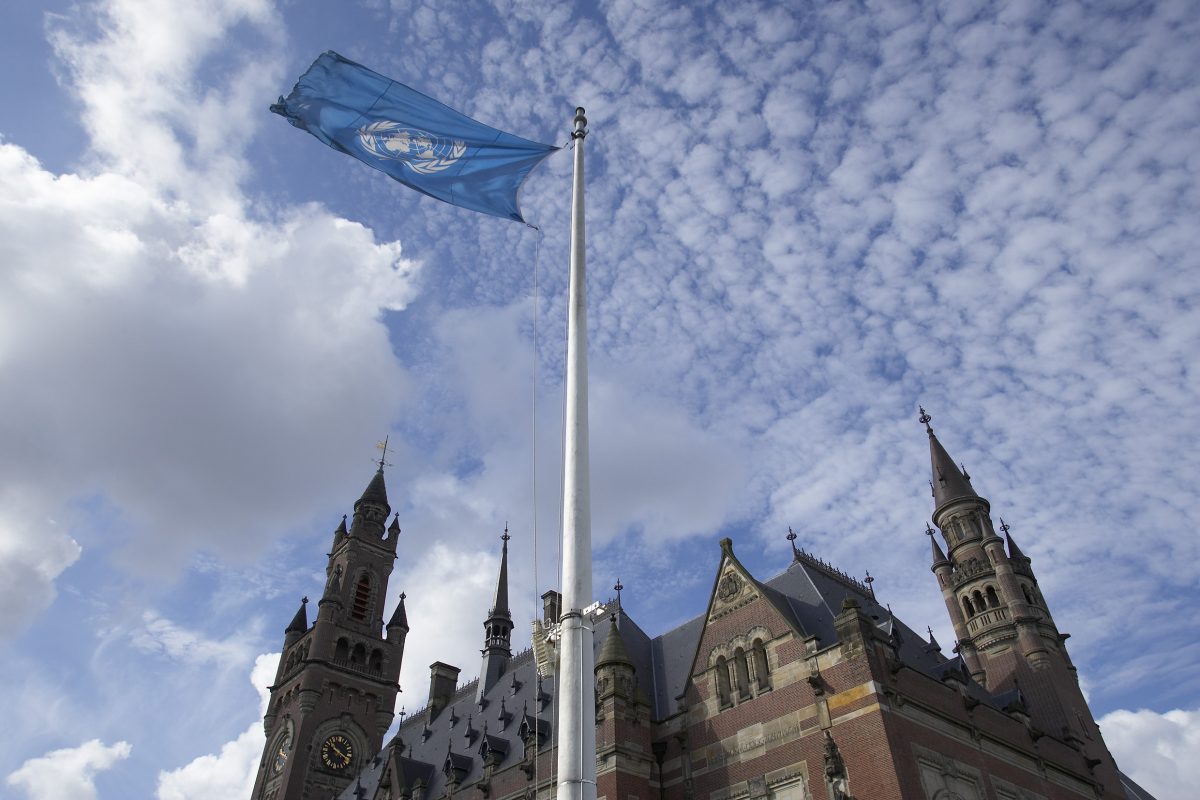 On March 16th, 2022, the principal judicial organ of the United Nations (UN), the International Court of Justice (ICJ), handed over its Order on provisional measures in the case concerning Allegations of Genocide (Ukraine v. Russian Federation). However, in light of the deplorable, regrettable human losses and millions of forcibly displaced Ukrainians due to the Russian aggression against Ukraine, the effectiveness of the international rules-based order is under heavy scrutiny. This post intends to answer the following questions: Does the Order have any real or effective power vis-à-vis the Russian Federation? To what extent and how can the Order be enforced?

What Power Does the Order Have?

Article 41(1) ICJ Statute empowers the Court to indicate provisional measures requested by any of the parties to a dispute if certain circumstances are met. In contrast to Article 59 ICJ Statute, which establishes that judgements of the Court are legally binding to the parties of the dispute, the Statute lacks express reference to the legal nature of the Order to be adopted. Nonetheless, given the importance for the parties to preserve the rights they request the Court to adjudge and declare, the ICJ has found that Orders granting provisional measures are legally binding (LaGrand, para. 115).

Bearing in mind that the Order is legally binding, the provisional measures indicated are bestowed with the nature of international obligations (Application of the Convention on the Prevention and Punishment of the Crime of Genocide, para. 452). Consequently, any conduct of either party to the dispute before the Court not consistent with the content of the Order will equate to a breach of an international obligation, thus invoking the international responsibility of the party in question. In the present dispute, the Court adopted three measures: First, the immediate suspension of Russian military operations in Ukraine; second, for the Russian Federation to ensure “military or armed groups directed or supported by it” and “organizations and persons which may be subjects to its control and direction” will not continue engaging in the military operations already referred to; and third, for both Ukraine and the Russian Federation to “refrain from any action which might aggravate or extend the dispute”.

Whereas all provisional measures relate to the Russian Federation, and the third also to Ukraine, during the assessment of the merits of the case, any of the parties can bring forward arguments claiming the opposite party did not comply with the aforesaid measures (Certain Activities Carried Out by Nicaragua in the Border Area and Construction of a Road in Costa Rica, para. 126). Nonetheless, in case any of the parties fail to submit specific evidence in their submissions about the non-compliance, the Court may still declare international responsibility if the breaches of international obligations found fall within the scope of the measures indicated (Armed Activities on the Territory of the Congo, para. 264). As a result, if the other party to the dispute fails to comply with the provisional measures, the obligation to repair arises (Application of the Convention on the Prevention and Punishment of the Crime of Genocide, para. 469) and the Court is empowered to rule on the manner of reparations owed by the breaching party.

The Enforceability of the Order

How can the obligations contained in the Order be enforced? Under Article 41(2) ICJ Statute, apart from the parties to the dispute, the Security Council (SC) is given notice of the measures indicated. Likewise, under Article 94(1) UN Charter, all parties to a dispute must comply with the decisions of the ICJ. If one party fails to do so, Article 94(2) UN Charter allows the other party to request that the SC makes recommendations or decides on measures to give effect to the judgement.

Nevertheless, it is unclear what the material content of Article 94(2) UN Charter is and whether the provision also applies to orders granting provisional measures. On both issues, the Court has adopted a restrictive interpretation: On the first issue, if the submissions of the other party to the SC transcend or differ from the terms of the judgement of the Court intended to be enforced, the claim of enforcement will not be entertained (Alleged Violations of Sovereign Rights and Maritime Spaces in the Caribbean Sea, para. 109). Additionally, recourse to enforcement under Article 94 UN Charter requires the judgement to contain a “judicial condemnation” which excludes any judgement including only findings on breaches of points of law (Northern Cameroons, p. 34). On the second issue, the Court concluded, by distinguishing between the ability to enforce and the ability to generate legal obligations (LaGrand, paras. 107-108), that an order granting provisional measures cannot be enforced through the SC as Article 94(2) UN Charter is reserved to “judgements” only (Continental Shelf, para. 29).

Regardless of the alternatives Ukraine opts to pursue under Chapter VI of the Charter, the previous recourse to the ICJ in no way precludes to seek the action of the SC. Only when the SC acts based on Article 39 UN Charter, Ukraine would be precluded to seek another of the alternatives for the peaceful settlement of the dispute established in Article 33 UN Charter (Military and Paramilitary Activities in and against Nicaragua, para. 90). In that sense, the procedural venues under Chapter VI remain available for Ukraine until the SC invokes the mechanisms under Chapter VII of the Charter.

As to the concrete options, since the Order falls under the term “judicial settlement” provided by Article 33(1) UN Charter (Arbitral Award of 3 October 1899, para. 106), the SC may “recommend appropriate procedures or methods of adjustment” under Article 36(1) UN Charter. When making such recommendations, the SC is not precluded from acting even though the ICJ has already granted provisional measures (United States Diplomatic and Consular Staff in Tehran, para. 40). Bearing in mind the Court has declared that the word “should” used in Article 36(3) UN Charter does not entail compulsory jurisdiction of the Court to entertain claims concerning a dispute (Aerial Incident of 10 August 1999, para. 48), Article 36(2) UN Charter cannot be construed as a duty of the SC to consider the provisional measures indicated by the ICJ in this case. In any event, the use of the word “recommends” under Article 36(1) UN Charter does not deprive the SC resolution of its legally binding nature under Article 25 UN Charter (Legal Consequences for States, para. 115), thereby constituting a directly enforceable instrument concerning the dispute.

However, even though Article 36 UN Charter might provide a recourse for the indirect enforcement of the Order, the lack of a duty of the SC to consider the Order in the resolution to be adopted, and the unlikeliness of the abstention of the Russian Federation when voting, could not make this aim achievable in practice. Another mechanism Ukraine might have recourse to is Article 37 UN Charter. This provision requires that parties to the dispute must have failed “to settle it by the means indicated” in Article 33(1) UN Charter before being obliged to refer it to the SC. According to the preparatory work of Article 37 UN Charter, if one of the parties fails to comply with this duty, the other party can refer the dispute to the SC unilaterally (UNCIO, Vol. XII, p. 47, para. 1(a)). Hence, both Ukraine and the Russian Federation are bound by the UN Charter to refer the dispute to the SC in case the “judicial settlement”, which includes the provisional measures granted by the ICJ, fails to settle the dispute between them.

Whereas a dispute is understood to be settled judicially when the Court has reached a judgement on the merits (Application for Revision of the Judgment of 11 September 1992 in the Case concerning the Land, Island and Maritime Frontier Dispute, para. 15), a finding by the Court that it lacks jurisdiction would equate to a situation where the dispute has not been settled (Aerial Incident of 10 August 1999, para. 53). Certainly, in that case, given that no obligation derives from the Charter to exhaust all the mechanisms under Article 33(1) UN Charter, the parties will be bound to refer the dispute to the SC. Thus, as the “judicial settlement” way was opened before the ICJ, Ukraine’s recourse to Article 37 UN Charter would require a decision by the Court that equates to a non-settlement of the dispute before it can have recourse to the SC.

As soon as the dispute has been referred to the SC, it has two alternatives under Article 37(2) UN Charter if it “deems that the continuance of the dispute is in fact likely to endanger the maintenance of international peace and security”: (1) to act under Article 36; or (2) “recommend such terms of settlement as it may consider appropriate”. Having discussed the first alternative, I will briefly analyse the second one. As the use of the verb “recommends” does not deprive the SC resolution of the legal value under Article 25 UN Charter (Legal Consequences for States, para. 115), the decision of the SC concerning the dispute between Ukraine and Russia will be directly enforceable and produce binding effects to both parties. Bearing in mind the interpretation in the previous paragraph, even if the SC may be able to adopt a resolution on the dispute, that would still require the compliance with the abstention provided in Article 27(3) UN Charter of the Russian Federation and the failure of the recourse to “judicial settlement” that materialises whenever the Court is unable to adjudge on the merits of the case.

Returning to the questions posed in the beginning: Does the Order have any real or effective power vis-à-vis the Russian Federation? To what extent and how can the Order be enforced? When analysing the first question, the degree to prove the real of effective power is observed in the international obligations that derive from the Order to the parties to the dispute. In that sense, if the Russian Federation fails to comply with the Order, it will constitute a breach of an international obligation. As a result, the ICJ may determine, in a legally binding decision, a form of reparation adequate to the nature of the non-compliance with the provisional measure. In contrast to the Order itself, such judgement possesses a specific enforcement procedure through the SC that would carry out the terms of the decision.

Conversely, in the second question, it was found that the Order does not enjoy a direct enforcement procedure under the UN Charter. Nevertheless, given that the Order falls into one of the means of peaceful settlement of disputes, it is possible for Ukraine to seek recourse to the SC to adopt a decision – directly enforceable – regarding the conflict in which the Russian Federation – a party to the dispute – shall abstain when voting through either the procedures under Article 36 – whereby the SC can recommend the measures at any moment of the dispute – or Article 37 – whereby the SC actions rely on both the duty of Ukraine and Russia to refer the dispute in case there is failure of the recourse to judicial settlement. 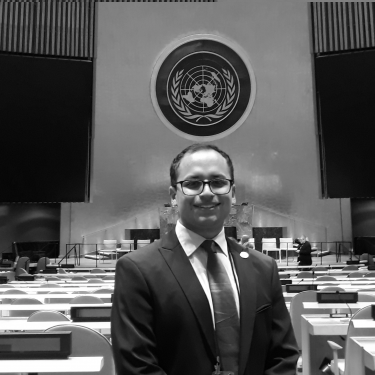