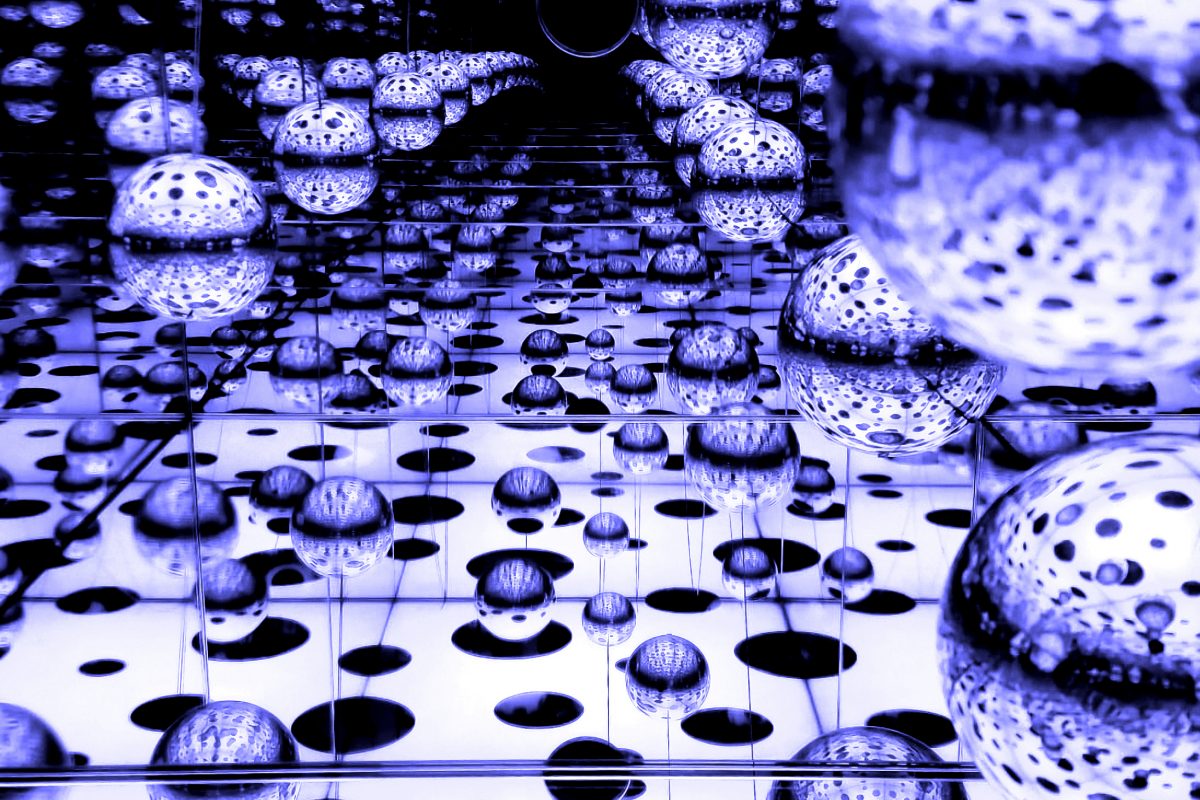 Picture based on Phyllis Poon (Unsplash), edited by Christian Pogies

The history of international law matters

Looking beyond the tyranny of the present in international law

Speaking about the ‘turn to history in international law’ has now become an embarrassing cliché in the specialized literature and this should be celebrated. Firstly, because the expression the ‘turn to history’ was a misnomer to begin with. What this byword claimed to capture was never exclusive to international law alone but also encompassed several other disciplines, such as legal history, the history of international relations, the history of political thought and history tout court. Secondly, because those writing international legal history do not need to rely on this popular academic catchphrase of ‘the turn’ to justify its relevance for the rest of the ‘invisible college’ any longer. Or, to put it differently, those who nowadays inform their fellow international law colleagues that they write about the History of International Law (HoIL) do not get that so-familiar disengaged pity-look (or, at least, not all the time) anymore.

The history of international law has come a long way

The HoIL has, indeed, come a long way over the last 20 years. Much historical knowledge about the discipline we have made our life’s profession has appeared in the thousands upon thousands of new pages about the HoIL published in monographs, edited book collections, academic journals, authoritative bibliographies and even blogs (see: here, here, here, here or here). Interest research groups of the HoIL have also flourished across different epistemological international law societies such as at ESIL, LASIL/SLADI, ASIANSIL or ANZSIL. In the shadow of this burgeoning collective scholarly development, a new much finer sensibility towards international legal history has taken root and many a disciplinary ingrained historical myth has also been dispelled. Today, many more know that Hugo Grotius, the once crowned, and still, often celebrated, as the ‘founding father of international law’ equally passes by the ‘godfather of Dutch imperialism’. Many more also now know that the standing of Francisco de Vitoria in the collective consciousness of the discipline owes much to the fact that its legacy was intellectually weaponised by Franco’s international lawyers during the Spanish Civil War and its 40 years long-authoritarian regime in Spain. We have also learnt much more about the multiple socio-historical dimensions of international law partly due to the great rise known by international legal biographical studies as a sub-genre of international legal history (see e.g. here and here). This has exponentially expanded to provide revisionist perspectives of the discipline’s canonical figures but also new accounts of hitherto neglected dramatis personae of the HoIL. Among the latter are included peripheral and semi-peripheral international lawyers who through their strategies of appropriation went on to reshape the contours of what many perceive still as a ‘Western construct’ imposed on other peoples through different waves of conquest and colonization around the world. And, while perhaps, still for many, the history of women’s engagement with international law brings mostly to mind H. Charlesworth and C. Chinkin’s critical international legal feminist work in the early 1990s, those interested can now retrace the first treatise on international law written by a woman back to Concepción Arenal in 1879. In addition, new histories has been unveiled about the long disregarded engagement of women with international law in between that date (and long before it too such as in the case of Christine de Pizan, see e.g. here) and the early 1990s.

A diverse and maturing historiography of international law

Lawyers, even when they come in the, otherwise, admittedly sui generis form of public international lawyers, are generally known for being pragmatic people. Devoting time and effort to acquire new knowledge about the past risks often with being put aside by international lawyers, not least because of the highly specialized, fast-moving and, also, breakneck competitive global legal academia of our day and age. Research funding agencies and governments concerned with financing strategically sound and effective international policy-making initiatives, academic journals focusing on the latest legal developments, events and phenomena, an array of potential pay-masters, public and private, and, of course, also students do demand relevant and updated present-day-based knowledge about international law. In turn, keeping up pace with these demands requires international law academics to remain very attentive observers of on-going international events, ever-recurring crises, new phenomena and legal developments including case-law, and both international and domestic legislative initiatives. Moreover, the lawyer’s trained mind is problem-solving oriented and the world has an ever-increasing number of urgent present-day problems to deal with the help of international law as this corpus iuris has normatively progressed to be what it is today and (alas!), not by contrast, how it was ten, twenty, thirty or one hundred years ago. Against this backdrop, for many international law academics, who see themselves invested in providing solutions to pressing problems, engaged in tackling new phenomena and shaping the present and future of international law at the cutting-edge of their sub-disciplinary areas of specialization, the study of the HoIL may look as an intellectual luxury of sorts not really mattering that much, but doesn’t it?

The thing you need to know about the past

Against the traditional the-past-is-just-a-too-long-and-distracting-prologue-attitude towards international law, at least four factors do suggest that the pressure to professionally cope with the tyranny of the present in international law is not just compatible with keeping an attentive eye on the HoIL but that doing so may, in fact, help you to contribute more meaningfully, and more lastingly, to its present development. Firstly, what has come to be known as the fragmentation of the HoIL is the outcome of a historiographical process whereby each international legal sub-discipline generates its own sub-disciplinary historical narratives. This process of sub-disciplinary self-historicization in international law is, in turn, having a subtle but deeply transformative impact on how sub-disciplinary specialists contribute to their own research fields. Secondly, a greater awareness of the continuous uses of history by international lawyers. These uses, which are largely influenced by a form of juridical functional presentism, can be divided into four levels ranging from the uses of historical materials, normative and otherwise, to interpret, identify, and apply international law. Thirdly, the fact that the HoIL does provide a rich reservoir of both successful and also failed ideological, theoretical, practical, institutional and methodological experiments and that knowing about them may, in turn, be essential for any attempt at successful innovation in the field. However, the HoIL is not only a huge reservoir of knowledge which lends itself in a utilitarian mode to be re-deployed in multiple innovative forms across all fields of international law. Actively contributing to the field of HoIL would be judged as irrelevant to the solution of contemporary problems only if one chooses to ignore that, while international law is a result of the past, its own history is being constantly reshaped in the image of contemporary times. This is so because all histories written about the past are invariably conditioned by the tendency, of which no historical work is absolutely free, to look at past events, actors, institutions, processes and texts through the lenses of contemporary values, concepts and circumstances. These new histories, by rethinking the past in the present, influence our perception of contemporary matters in international law, and also inform our understandings of how they may potentially unfold. Stressing that writing about the HoIL is always an intervention in its present is also a reminder, so as to paraphrase Philip Kerr, that ‘the thing about the past’ is that ‘it never quite belongs as much to the past as you think it does’.

Looking forward through the past of international law

In a nutshell, international law still means, as David Kennedy once insightfully pointed out, ‘different things to different people in different places’, and so does its troubled unfolding history. Indeed, the history of international law matters greatly in a world where, according to the UN population data, out of the current 7.7 billon estimated world population ’61% lives in Asia (4.7 billion) and 17% in Africa (1.3 billion)’ with ‘more than half of global population growth between now and 2050’, which is projected to increase further to 9.7 billion in 2050, expected to occur in Africa. This is why everyone should feel welcomed, as well as encouraged (instead of discouraged: sometimes subtly by ‘gate-keepers’ and ‘insider players’ who are also often professionally invested in keeping their research and practice-oriented fields ‘in stasis’) to learn from, and to contribute to, today’s far more interdisciplinary and diverse global history of international law. 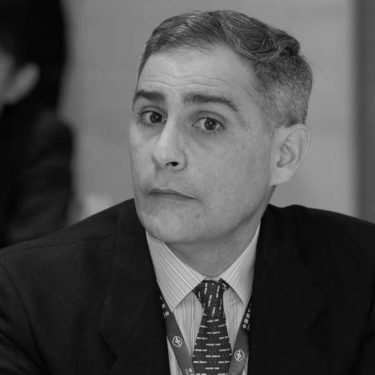