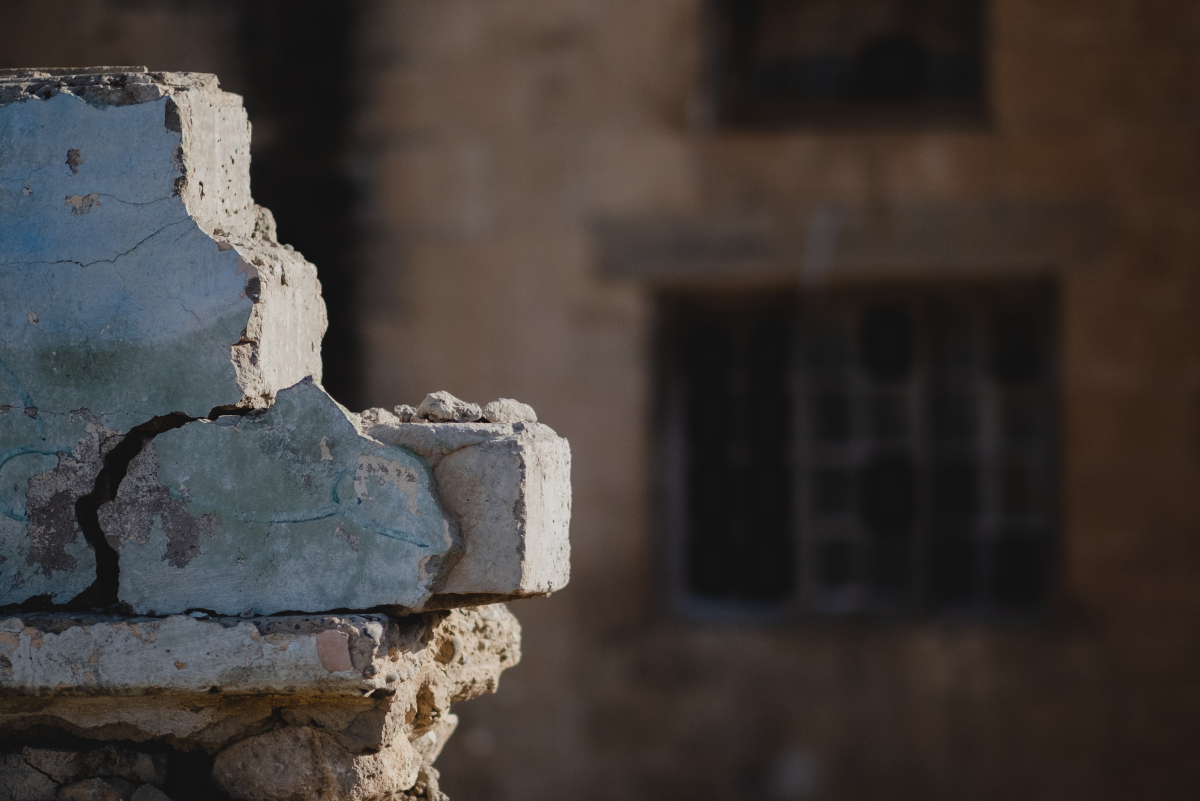 With the onset of a law enforcement operation by the Ethiopian government against the Tigray People’s Liberation Front (TPLF), violent clashes have resulted in hundreds of deaths, thousands of displaced persons and an ever-growing humanitarian need in the Tigray region of Ethiopia. The conflict began when the TPLF took over the assets of the Ethiopian military’s Northern Command base, and later attacked the military bases, federal forces and camps in Tigray. While the Ethiopian government has the right to supress rebellion against the established government, the article underlines its failure to fulfil its obligations under the jus in bello component of the just war theory and analyses the use of starvation as a method of warfare.

For a conflict to be subject to the principles of International Humanitarian Law, it is pertinent to categorise the state of war as an international or non-international armed conflict. According to the Appeals Chamber Decision of the International Criminal Tribunal of Former Yugoslavia’s (ICTY) in Prosecutor v. Tadic, an armed conflict can be established when there is protracted violence or a sufficient degree of intensity in hostilities between the parties. As the referenced decision further indicates, the gravity of the hostilities is to be weighed on the basis of the weapons employed, duration, types of forces and number of civil and military causalities, while the violence must have been carried out by governmental authorities and non-state armed organisations or armed groups (Appeals Chamber Decision, para. 70).

As the crisis in the Tigray region is rooted in a conflict between the Ethiopian government and the TPLF, and as the hostilities including air-strikes have lasted for years, the crisis is evidently not a mere internal disturbance. The TPLF has been operating under an identified command structure and possess weaponry sufficient to mount effective military operations and sustain hostilities. Although the Ethiopian government mistermed the conflict as a mere law enforcement operation, the very fact that it used military rather than police forces in order to combat the TPLF’s operations further exacerbates the severity of the hostilities involved. Against this background, the threshold for determining an armed conflict has been met. Furthermore, since the TPLF is a non-state actor within the state and considering that the conflict has sustained itself within the territory of Ethiopia, the legal regime of non-international armed conflict (NIAC) will be applicable.

The State’s Failure to Protect Civilians

On November 22, 2020 the Ethiopian government conveniently asked the residents and civilians to “save themselves” before their artillery attack on TPLF. Rule 20 of the International Committee of the Red Cross’ Customary International Humanitarian Law study stipulates that the warring parties shall give effective advance warning of attacks, by means sufficient to reach relevant population and time-wise adequate for civilians to leave the area. In any case, the responsibility to protect also covers situations where the population fails to or is unable to evacuate, for reasons relating to health, disability, fear or lack of a place of safety.

However, the conflict had a brutal impact on combatants hors de combat and civilians. Tigrayan elders described the outcome of the civilians’ shootings by the Ethiopian soldiers as “slaughtering of residents like chicken and corpses abandoned to be eaten by hyenas”. The head of the United Nations for the Coordination of Humanitarian Affairs acknowledged the use of systematic rape as another weapon by warfare by uniformed soldiers belonging to the Ethiopian government. Against this background, the State’s failure to properly protect civilians becomes apparent.

Violations of Distinction and Proportionality

As the severity of hostilities in Ethiopia satisfies the definition of a NIAC, the conflict is subject to the application of the Geneva Conventions, which have been ratified by Ethiopia. The principle of distinction under Article 52(2) of the Additional Protocol I and Common Article 3 require governments to ensure protection of non-combatants, civilian life and objects, or hors de combatants from murder, cruel treatment, and torture. Article 48 of Additional protocol I obliges the conflicting parties to distinguish between civilian and non-combatants, and to confine their operation against military objective at all times. On the same note, the said principle prohibits the use of any weapon, which is incapable of distinguishing civilians and civilian objects and military and military objectives.

The Ethiopian government did not only indiscriminately attack civilians’ villages and towns in Tigray, but it also used heavy weaponry such as airstrikes, which are incapable of distinguishing between combatants and civilians. Consequently, the massive weaponry caused immense damage to infrastructure resulting in death and displacement.  Article 51(5)(b) of the Additional Protocol I further establishes the principle of proportionality, which prohibits attacks when the civilian harm is apprehended to be excessive in relation to the military advantage sought. Against the background of the rule of precaution under Article 57(1), desisting from causing harm or seeking to minimize arms on civilians is also crucial.

Thousands of cases of women’s abduction, sexual assault and military rape intended to traumatize and humiliate the ethnic Tigrayans have come to light. Shops, groceries, and health facilities have been ransacked and destroyed with barely one in ten functioning. Such acts are de jure crimes against humanity and substantially stand contrary to the jus in bello principles which posit reduction in the impact of armed conflicts on non-combatants, vulnerable population, property and environments.

The force exercised by the government forces in attacks to civilians in Tigray is a total disregard of the principle of military necessity and the principle of proportionality. In addition, precaution must be taken so that civilian harm can be minimized. However, in Ethiopia the civilians themselves were the direct targets leading to immense suffering, death displacement and loss of livelihood. The use of weapons with wide blast radius and without adequate spotting in populated areas is a typical example of disproportionate and unlawful attacks.

Ethiopia is obliged to allow relevant agencies to provide protection and assistance to internally displaced persons under the African Union’s Kampala Convention, which it ratified in February of 2020. However, the recent increase in humanitarian aid blockade is a clear demonstration of the state’s failure to provide protection to such an extent that it is turning into a major refugee exodus. Several states have also intervened in the Ethiopian conflict in an effort to provide humanitarian assistance amid the challenges. While the warring parties may be unable to fulfill their obligation to protect civilians and non-combatants, they are obliged to allow and facilitate the passage of humanitarian relief being provided.

Since the start of the conflict, Ethiopian soldiers and their Eritrean allies pillaged and ransacked Tigray, effectively using starvation as a weapon of war. They stole and burned food, stopped farmers from ploughing the land, looted and vandalised clinics and hospitals, ripped up water pipes and damaged water pumps. As reiterated in Rule 53 of the International Committee of the Red Cross, which – as all ICRC rules – reflects customary international humanitarian law, starvation of civilians is absolutely outlawed even during armed conflicts, regardless the motive behind it. Intentional hindrance in humanitarian aid or denying access to humanitarian aid and destroying goods necessary for survival further constitutes a war crime under Rules 54 and 55. Thus, the restrictions in the freedom of movement of the humanitarian relief personnel are further in violation of Rule 56.

Despite the accord between the government of Ethiopia and the UN to further aid access, the humanitarian response is impeded and has yet to reach Tigray. The three agreement deals of the UN, the World Food Programme and the Ethiopian government are at a halt as the conflict continues to rage on. In July of 2021, the United Nations confirmed the delay of 50 humanitarian aid trucks damaged the operation while the World Food Programme has voiced concern over the 407 trucks that were sent to Tigray but never returned.  In October of 2020, the UN Human Rights Council was charged to monitor the situation of Darfur in Sudan, and reported the use of starvation as a method of warfare. The report identified the pillaging of harvests and livestock as a key exasperator of increased months of food insecurity. The reports out of Tigray allege similar acts, and should, therefore, also be investigated in a similar manner.

On November 18, the International Committee of the Red Cross announced that unknown perpetrators attacked three ambulances run by the Ethiopian Red Cross, which they say emphasized the lack of respect for aid workers in the conflict. Under international humanitarian law, medical units including medical centre, hospitals, and clinics are categorised as civilian objects subject to special protections under Rule 28. Unlike other civilian structures which become military objectives if used for military purpose, hospitals never lose their status of special protection from attack unless they are used outside their humanitarian function for “acts harmful to the enemy”. The Geneva Conventions protect doctors, nurses and medical personnel working under armed conflicts. Hospitals and the free mobility of ambulances are also protected from being targeted. Therefore, the reported attack is a violation of international law.

States are under an obligation to ensure that military or domestic courts or other institutions investigate serious allegations of human rights abuses that implicate their officials or other people under their jurisdiction. On March 25, 2022 the Tigrayan Forces announced that they will agree to a ceasefire proposed by the Ethiopian Government with the assurance of unimpeded access to humanitarian aid. The international community is under an obligation to ensure the ceasefire is observed and the region can obtain the services they need. 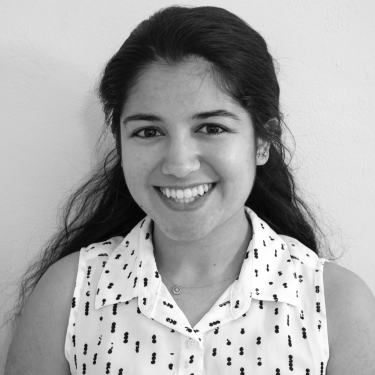 Sophia is a joint degree student at Florida State University, working on her J.D. and Masters in International Affairs. Sophia is passionate about international human rights and plans to work in international law and eventually academia after graduation. 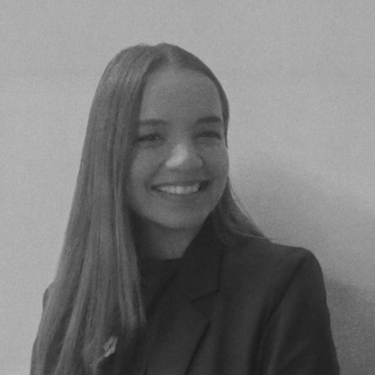 Niharika Goel is a penultimate year undergraduate law student and has studied International human rights law at Florida State University as a visiting student for one semester via a scholarship from the International Bar Association.