The climax of the Al-Bashir saga

In the judgment of 6 May 2019, the Appeals Chamber of the International Criminal Court (ICC) found that Jordan had failed to comply with its obligation to arrest and surrender the (at that time sitting) Sudanese President Al-Bashir during the summit of the Arab League in Jordan. This may be the legal climax of the frustrating Al-Bashir saga, the saga of the wanderlust of an allegedly criminal president of a Non-State Party and several non-compliant States Parties with a particular sense of hospitality. The failure of States Parties to execute the arrest warrants against Al-Bashir had previously led to a series of ICC decisions. They slightly differ as to their reasoning why States Parties could not rely on the Sudanese head of state immunity vis-à-vis the ICC. Against this background, the ICC issued a quite unusual order in the proceeding against Jordan: It invited regional organizations, States Parties and professors of international law to submit amicus briefs on the question of the obligation to cooperate and the possibly conflicting obligation to respect the immunity of Al-Bashir. The Jordan judgment seems to bring the strands of previous decisions together, addresses the arguments raised by the amici and confirms that incumbent heads of state do not enjoy immunity vis-à-vis an international court which could have given States Parties a legal excuse to decline the cooperation request.

The Context of the Al-Bashir Saga

To fully understand the importance of the judgment, its highly politicized context shall be described. After the UN Security Council referred the situation in Darfur (Sudan) to the ICC, the ICC issued two arrest warrants against Al-Bashir for the commission of crimes against humanity and war crimes as well as genocide. The African Union, however, decided that its member states shall not cooperate with the ICC in the arrest of Al-Bashir. The non-cooperating states of Chad, Malawi, the DRC, Djibouti, Uganda and South Africa all faced proceedings at the ICC for not arresting Al-Bashir while he was on their territory. South Africa even referred to the dilemma of the allegedly conflicting obligations to arrest Al-Bashir and to respect his immunity when it justified its (ultimately unconstitutional and unsuccessful) attempt to withdraw from the ICC Statute. The heated debate on whether States Parties are obliged to arrest a sitting head of state of a Non-State Party motivated the African Union to request its member states to place on the agenda of the UN General Assembly to seek an advisory opinion from the International Court of Justice. Jordan was the first non-African country that faced a proceeding for non-compliance, which might have offered a more neutral ground for deciding the issue. The fact that the first president of the ICC Assembly of States Parties came from Jordan still gives the whole situation a politically unpleasant touch. This coincidence as well as the active opposition of an important regional organization, the specific explanation given by a withdrawing State Party and the idea of involving an external court to settle the issue all form the political context of the Al-Bashir saga.

The central question in the Jordan proceeding was whether head of state immunity finds application in a situation where the Court requests a State Party to arrest and surrender the head of state of another state, which, while not being party to the ICC Statute, is subject of a referral to the ICC by the Security Council, and, in terms of this Security Council resolution, “shall cooperate fully” with the Court. In case Al-Bashir enjoys immunity, Article 98 (1) ICC Statute applies, providing that the Court may not proceed with a request for cooperation which would require the requested State to act inconsistently with its obligations under international law with respect to the immunity of a person of a third State, unless the Court can first obtain its waiver.

Decision and Reasoning of the Court

The Court offered two avenues for explaining why there is no head of state immunity vis-à-vis the Court. This two-pronged approach reconciles and refines the strains of reasonings of previous decisions. First, it held that there was no head of state immunity under customary international law vis-à-vis an international court, which is also relevant for the horizontal relationship between states when a state is requested by an international court to arrest and surrender the head of state of another state. According to the ICC, Article 27 (2) ICC Statute, stating that “immunities […] shall not bar the Court from exercising its jurisdiction”, reflects the status of customary international law. The customary international law argument had already been employed in the Malawi and Chad decisions, but was rather sidelined in subsequent decisions. Second, the resolution of the Security Council that obliges Sudan to “cooperate fully” has the effect of triggering the cooperation regime normally applicable to States Parties, including article 27 (2) ICC Statute. This is a confirmation of the reasoning of the previous South Africa decision and the rejection of the implicit waiver approach as adopted in the DRC decision. In the Jordan judgment, the ICC further explained that the Statute only provides for two cooperation regimes, namely Article 86 with regard to States Parties and Article 87 (5) ICC Statute with regard to Non-State Parties. The second one would require the ICC to seek ad hoc cooperation agreements with Sudan. This seemed to be inappropriate for a State that “shall cooperate fully” and is not only “urged” to do so. In the absence of a third cooperation regime spelt out in the resolution and the identical wording of Article 86 ICC Statute (“shall […] cooperate fully”), the applicable cooperation regime is that of States Parties, including article 27 (2) ICC Statute.

Read together with the 190-page joint concurring opinion of four judges, the recent Jordan Judgment brings the strands of previous decisions together and provides a comprehensive assessment of all arguments that have been raised on the question of immunities before the ICC. Although Al-Bashir’s removal from office in April 2019 has diminished the relevance of the judgment in concreto, it is a landmark decision for future prosecutions of the ICC against incumbent heads of state of Non-States Parties. They do not enjoy immunity vis-à-vis an international court, neither under customary international law nor after a referral of the Security Council that obliges the respective state to “fully cooperate”. The confirmed customary international law avenue will be the decisive safety net for the “court without arms” whenever it seeks cooperation in the absence of a Security Council referral.

Annegret L. Hartig is a PhD candidate and research fellow at the University of Hamburg. 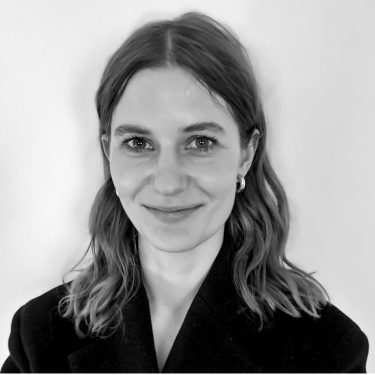 Annegret Hartig has written her PhD thesis on the domestic implementation of the crime of aggression. She is currently a Trainee Lawyer at the Higher Regional Court of Berlin and Program Director of the Global Institute for the Prevention of Aggression. Views expressed in this article are her own.