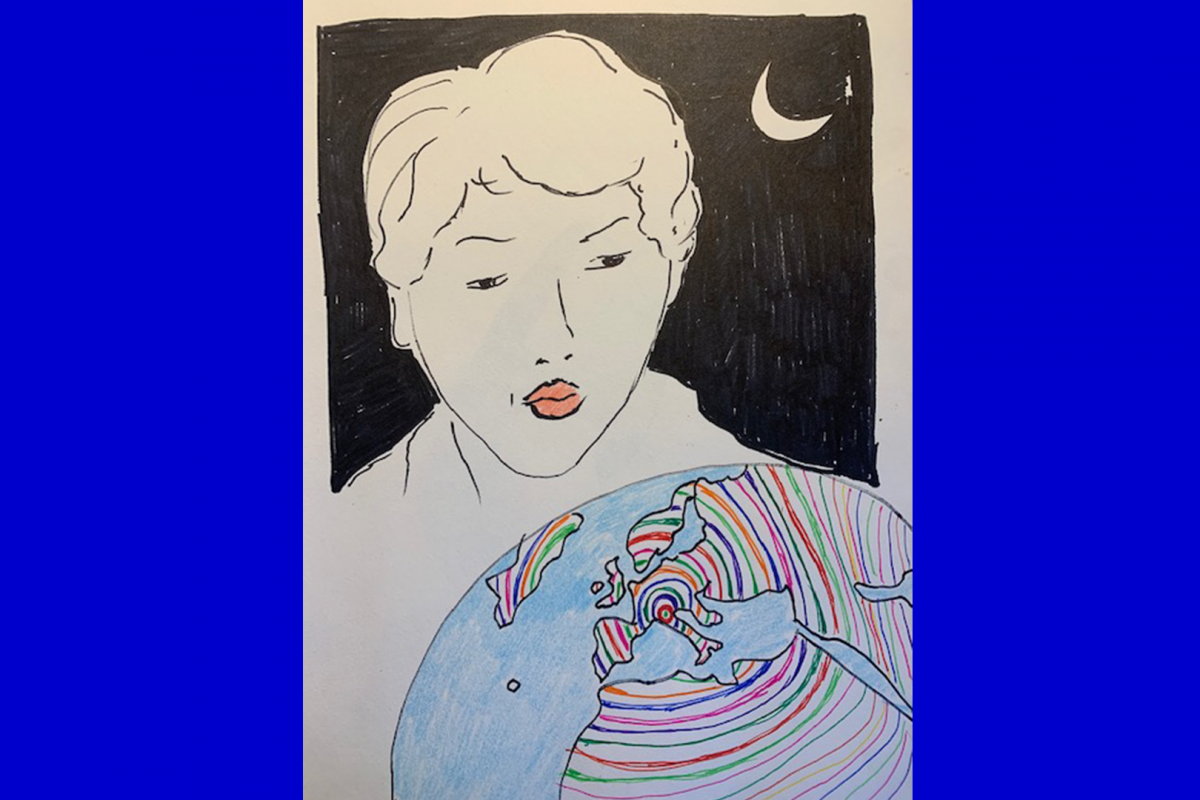 The Armed Lifeboat Between Glasgow and Bruzgi

During the last three days of COP26, a group of about 2,000 asylum seekers was stranded in a makeshift camp on the Belarusian side of Bruzgi, the international border crossing with Poland. As diplomats and environmentalists sat around at negotiating and coffee tables for a last day in Glasgow, the faraway asylum seekers received humanitarian aid from UN agencies. In this post, I draw provisional lines between Glasgow and Bruzgi, and offer an observation about our global politics of crisis.

The Rise of a Customary Norm Against Limitless Greenhouse Emissions?

Some left Glasgow disappointed, or even, like Greta Thunberg, hopeless that the meeting yields real progress in an effective international response to the unfolding catastrophe. However, when taken as one aspect of developments in a larger international scene, something significant did happen. A customary international law norm against unlimited greenhouse emissions, particularly from coal-based energy, has started to emerge and to be articulated. I’m not able to provide a full analysis here in terms of state practice and opinio juris. But the text of the Glasgow Climate Pact does reflect, to some extent, the underlying development. For example, in Article 17 of the Pact, the member states recognise the need for “sustained reductions in global greenhouse gas emissions, including reducing global carbon dioxide emissions by 45 per cent by 2030 relative to the 2010 level and to net zero around mid-century […]”

The context matters.  In May, a District Court in The Hague foreshadowed Article 17, when it ruled that Royal Dutch Shell must reduce its carbon emissions by 45% by the end of 2030 compared to 2019. The Dutch District Court, in turn, followed the Paris Agreement as well as previous COPs. Recall also that shortly before the meeting in Glasgow, in October, the UN Human Rights Council recognised that having a clean, healthy, and sustainable environment is a human right. The evolving international legal protection for the planet seems to have also arrived in US courts. For one example, just a few days ago, a Federal Judge in Washington DC revoked oil and gas leases, citing climate risks.

It is necessary not to overstate the importance of these developments. They are far from being enough to address the momentous climate challenge for the population of Europe, let alone the population of the world. What I want to show however, for the present purposes, is simply a certain observable directionality, an arrow in our world history. This arrow toward a new norm is far from global reach. It is perhaps most observable and pronounced within the European space; the face between the two ears of Glasgow in the West, and Bruzgi in the East. With all these caveats, something is happening.

The Fall of a Customary Norm Against Refoulement?

Moving East: what happened in Bruzgi? Far from the rise of one customary norm of international law, the snowy, forested flatlands saw the fall and near interment of another.

Context here goes back in time to the beginning of the pandemic, and spans in space across the fault lines between global north and south. Perhaps most observably, at the same moment in March 2020, collective expulsions were introduced with systematic policies at the Southern borders of both the United States and the European Union.

On the American side, the policy of expulsions is carried out under “Title 42”, which creates an authority for removals of persons who have recently been in a country where a “communicable disease” was present. As Jaya Ramji-Nogales explains, the policy was implemented “over the objection of the then-Director of the Centers for Disease Control and Prevention, Dr. Robert Redfield”. Since Biden replaced Trump in Washington DC, his administration has been defending the policy in courts – against the legal opinions of prominent observers (including Harold Koh).

On the European side, March 2020 saw the beginning of systematic collective expulsions on the Greek-Turkish borders. These included so-called “drift-backs” in the Aegean Sea, whereby Greece is abandoning asylum seekers on un-navigable vessels. Journalists from major newspapers like Der Spiegel, The Guardian, and The New York Times have reported the harrowing practice, which as Niamh Keady-Tabbal and I have argued, amounts to torture. The situation in the mid-Mediterranean migration route is somewhat more complex. But there too, the period since Covid-19 reached Europe has seen policies that may amount to systematic violations of the rule on non-refoulement by Italy and Malta. These have generally occurred as “pull-backs” conducted by Libyan Coast Guard authorities. Despite multiple legal challenges, the European Commission has not suspended EU involvement in these fraught situations, often feeding funds to multiple humanitarian fires.

In the fall of 2021 these instances of border violence spread to the northeast, with mass unauthorised crossings from Belarus. Asylum seekers and migrants from the Middle East and Afghanistan were confronted with pushbacks and spectacular border violence, images of which quickly went viral. When in September 2021 the European Court of Human Rights granted Rule 39 interim measures against the expulsion of Afghans, these were partly ignored by Council of Europe Member States. Despite the interim measures granted specifically against Poland, it has become questionable whether the European Court of Human Rights can have a meaningful role in stopping rife collective expulsions. Hence, the burial of non-refoulement in Belarussian soil.

Politics of the Armed Lifeboat

My hypothesis here is that this simultaneous rise and fall of norms should not be perceived as two antagonistic processes. It might be more fruitful to think of the two as aspects of one emerging condition, two sides of the same coin. The table below aims to capture this dual process visually:

What kind of world does this table convey? One option is that the dual process provides further evidence that we are going toward what Indian writer Amitav Ghosh has called in his 2016 book The Great Derangement the “politics of the armed lifeboat.” The image of the armed lifeboat evokes a world of multiple climate crises and rising sea levels. In this world, each nation is like an armed raft, seeking to float but aggressive towards others, shooting down anything that can add extra weight. In Ghosh’s 2019 novel, Gun Island, it becomes ever clearer that the figure of the migrant vessel at sea is that of such extra weight. It is our contemporary image of the Zong, in Turner’s famous rendition, where unwanted black men were thrown overboard for insurance claims against the lost cargo.

By limiting greenhouse gases global north countries are trying to protect themselves against the loss of life, property, and welfare that comes with climate change. But the steps taken so far are still rather paltry. They will not be enough to protect the whole world from the worse results of climate change. And barring the very unlikely result of massive de-development, even limited steps may risk spelling continued dire poverty in poor countries. Farming communities in rural Syria and Iraq, for example, may be doomed by the climate crisis in any imaginable scenario, as documented by journalist Peter Schwartzstein. For those who will continue to be displaced by the changing climate and its economic and health fallouts, this European lifeboat — even if increasingly less carbon-dependent — is not only revoking non-refoulement. It is preparing its guns.

I’m not asking advocates to relinquish efforts to enforce the norm of non-refoulement, which at times has even been upheld as binding as jus cogens regardless of state consent. But perhaps it is also time to reimagine the entire migration regime as part of the seemingly-solidifying climate regime. Refugee and asylum law are anchored in the 1951 Refugee Convention, with its protections from persecution based on “race, religion, nationality, membership of a particular social group or political opinion”. The categories belong squarely to the cultural memory of persecution during World War II, and to the Cold War. But as early as 2011, a number of scientists led by Richard Black published an important paper in Nature with a different bedrock for governance. Migration as Adaptation offers a vision of migration as an important policy tool in confronting the climate crisis.

Migration as Adaptation and similar interventions have generated copious interest among legal scholars. For example, Alexander Aleinikoff and Leah Zamore have discussed climate change as potentially triggering a paradigm shift in the protection of displaced persons. As they write about the climate crisis, “there is already a consensus that norms of international protection apply in this situation. The challenge is in determining the nature of protection to be applied, not whether it will be applied at all.” And yet, environmental discourse has still not evolved into the go-to terminology or cultural framework for contemporary protection for people in flight. In his recent cli-fi novel, The Ministry for the Future, Kim Stanley Robinson suggests a treaty that will renew the early 20th century Nansen Passports. Such passports offered a measure of freedom of movement to displaced people on a collective basis. More such thinking is needed: can states, for example, agree on “green visas” that would allow workers in carbon-negative industries more opportunities to move across borders? Such frameworks may have global positive externalities.

Shoehorning disintegrating migration and refugee governance to the still-fragile climate regime may be risky. It may well result in even greater political backlash against the minimal progress that has been made against fossil fuel emissions. Such a step may nevertheless be necessary as perhaps the only possible way of avoiding the cold blood and determinism of the armed lifeboat. 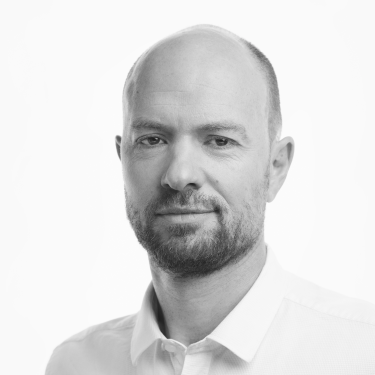 Itamar Mann is a professor at the University of Haifa, Faculty of Law, where he teaches and does research in the areas of public international law, political theory, human rights, migration and refugee law, and environmental law. Since the summer of 2021, he is the president of Border Forensics.