Sixteen children, among them the popular Swedish climate activist Greta Thunberg, from 12 different countries have filed a communication to the UN Committee on the Rights of the Child under the Optional Protocol to the Convention on the Rights of the Child on a communications procedure. The communication complains of a rights violation by five different states: Argentina, Brazil, France, Germany and Turkey. The petitioners’ claim: Each of these states has failed to uphold its obligations under the UN Convention on the Rights of the Child to “(i) prevent foreseeable domestic and extraterritorial human rights violations resulting from climate change; (ii) cooperate internationally in the face of the global climate emergency; (iii) apply the precautionary principle to protect life in the face of uncertainty, and (iv) ensure intergenerational justice for children and posterity.” (see para. 14 of the communication).

Having entered into force in 2014, the complaints procedure established under the “Optional Protocol to the Convention on the Rights of the Child on a communications procedure” is a fairly young one. As of mid-September 2019, only 98 petitions had been lodged with the Committee, most of which are still pending as I write this entry. Thus, the UN Committee on the Rights of the Child does not have many rulings of its own to which it can refer to. It will probably turn to the rulings of other UN human rights treaty bodies for guidance in this matter.

The eyes of the international community and the global public are now focussed on the complaint procedure and on this communication in particular. Even the French president, Emmanuel Macron, felt obliged to make a statement on it. From a legal perspective, the communication raises many highly interesting questions – with regards to both the complaint’s admissibility and its merits. As this entry will focus on questions of admissibility and procedure, an analysis on the Optional Protocol itself and of the Rules of Procedure under the Optional Protocol to the Convention on the Rights of the Child on a Communications Procedure is indispensable.

The criteria for admissibility are set out in Article 7 of the Optional Protocol. The communication presented by Greta and her friends undoubtedly fulfils many of these criteria: it is not anonymous, it is in writing and sufficiently substantiated (with regard to both factual and legal terms), it neither constitutes an abuse of the right of submission of a communication nor is it incompatible with the provisions of the CRC, the matter has not already been examined by the Committee or another international human rights body, and it is not currently being examined by such a body. The fact that the communication was filed by several children is unusual, but not problematic from a legal perspective (see Rule 13).

The exhaustion of legal remedies

Nonetheless, the complaint does face some small formal hurdles.

The central formal issue is that of the exhaustion of legal remedies. Under Article 7 of the Optional Protocol, petitioners must have exhausted all available domestic remedies – unless, that is, the application of the remedies is unreasonably prolonged or unlikely to bring effective relief. This raises questions like: Could the climate crisis be resolved by the domestic judgment of a court in Palau, Sweden, India, Nigeria, Tunisia or Germany? Could climate-induced global human rights harms be remedied by the domestic judgment of a court in Brazil, France, India, South-Africa, the USA or the Marshall Islands? The petitioners find clear answers to these questions and refer to the global scope and nature of the climate crisis – and they are legally right to do so.

The five countries in question have all ratified the Optional Protocol — however, none of the petitioners is a Turkish national or claims to live in Turkey. This is an important point, since Article 5 of the Optional Protocol requires the communication to be “within the jurisdiction of a State party”. If the communication were supported by a national of each of the states in question, this would not be an issue — but this is not the case. It will therefore be particularly interesting to see how the Committee deals with the complaint against Turkey. For the Committee, this represents a huge opportunity, a chance to set a milestone in the debate on extraterritorial human rights obligations. In the context of corporate responsibility, the Committee has already noted that all that is needed to trigger an extraterritorial obligation is a “reasonable link between the State and the conduct concerned” (see General comment No. 16 (2013) on State obligations regarding the impact of the business sector on children’s rights, para. 43). This approach could be transferred to the climate crisis. The petitioners refer to the amount of Turkey’s current emissions (1% of global emissions) – whether this constitutes a reasonable link between Turkey and the human rights harms listed should be a question not of admissibility but on the merits. In any case, it is not obvious that a reasonable link does not exist.

The states in question might argue that the communication is inadmissible, but such an argument would not be in the spirit of the Convention or its Optional Protocol, and it might be unwise to assume that the Committee will agree with it. It was, after all, the parties to the Optional Protocol who determined that the principle of the best interests of the child should guide the Committee’s actions under the protocol (Article 2), and the Committee reaffirmed this in its rules of procedure (Rule 1). There is a dimension of the principle of the best interests of the child that the states would do well to bear in mind here – it is a fundamental interpretative legal principle: “If a legal provision is open to more than one interpretation, the interpretation which most effectively serves the child’s best interests should be chosen” (General comment No.14 (2013) on the right of the child to have his or her best interests taken as a primary consideration, para. 6b). As a result of this, there are no formal hurdles posing serious difficulties – the central procedural issues give sufficient scope for interpretation.

Nonetheless, there are some little issues of procedure to note.

Good news: Even though the communication is directed against five different states, none of the members of the Committee is a national of any of these states. Thus, discussions on partiality are highly unlikely (see Rule 8).

The Committee usually deals with complaints in the order received, but it can decide to do otherwise (see Rule 17). That it will do so in this case is quite probable: This particular communication ultimately concerns all children of this world — and it raises fundamental questions about the states’ obligations to protect children’s rights, especially the right to life, the right to health, the right to culture, and the obligation to give primary consideration to children’s bests interests. The Committee is fully aware of the relevance of the climate crisis to children’s rights — it is one of the five UN human rights treaty bodies that demanded global climate action in a joint statement before the UN Climate Action Summit. It is in the interest of all children that the Committee should quickly enter into an exchange with the states in question about dealing with the climate crisis — and it is the Committee’s role, too, to encourage these states to avoid unnecessary delays (Principle of expeditiousness, see Rule 2). The petitioners were level-headed enough not to request interim measures — that would have overloaded the procedure. They are not seeking financial compensation either but are looking for findings and recommendations of the Committee to the states in questions (see para. 33 of the communication). In return, these states should show that they too are cooperative and ready to enter into a constructive dialogue with the petitioners and the Committee. The climate crisis is not the right time for long debates over the admissibility of the communication.

In formal legal terms, there are many ways with which the Committee could deal with the merits of this communication. That it should do so is highly desirable: The petitioners are absolutely right – the debate on the climate crisis is also a debate on a children right’s crisis (see para. 33 of the communication). Let’s have this debate.

Stephan Gerbig is a Researcher and Policy Adviser at the National CRC Monitoring Mechanism at the German Institute for Human Rights. 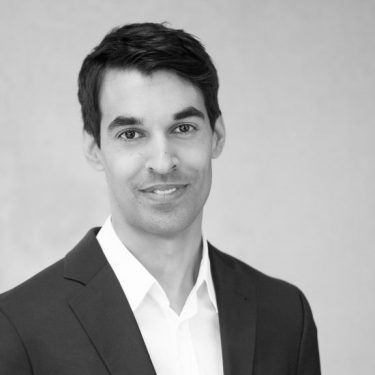