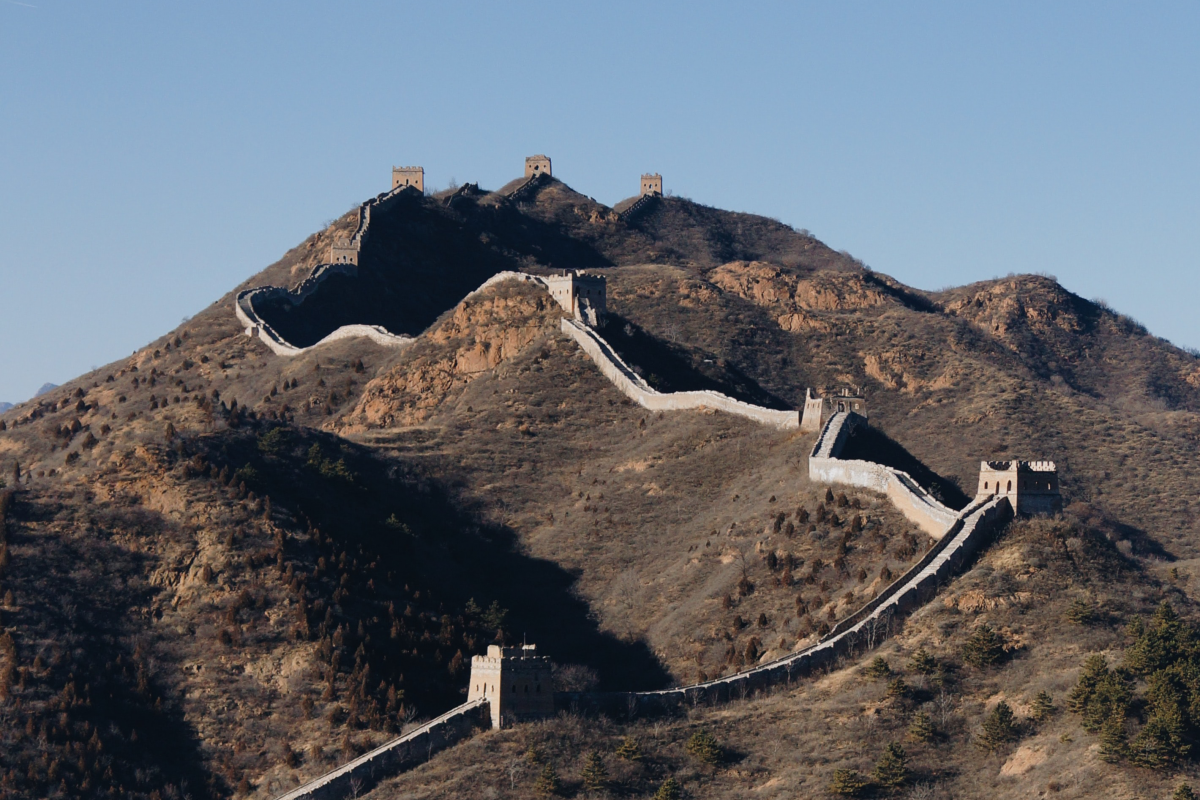 Photo by Gigi on Unsplash.

China Deserts its Principles on Ukraine

It is abundantly clear by now that China will not criticize the Russian Federation’s large-scale invasion of Ukraine, started on 24 February 2022, despite China’s much-touted strict support for the principles of sovereignty, territorial integrity and non-interference. That Russia has no legal justification for its invasion, nor for the recognition of the so-called Donetsk and Luhansk People’s Republics as independent, and is thus violating Ukraine’s sovereignty, should be without question. But this has not moved China’s diplomatic position. Neither has Ukraine’s pending case before the International Court of Justice (ICJ), where Kyiv seeks confirmation that Russia’s claims of a genocide in the Donbas are entirely spurious and cannot be used as justification for an invasion. The Court has already granted provisional measures ordering Russia to immediately suspend military operations. In a 13-2 vote, only the Russian and Chinese judges voted against. China has also not been moved by the fact that the International Criminal Court (ICC) wants to investigate potential Russian war crimes in Ukraine. In light of the Russo-Ukrainian War, as the following will argue, China’s approach to international law appears not principled, but rather geopolitical and selective, and its much-sought after image as a “responsible great power” is and should be seriously dented.

China’s Stance on Sovereignty and Intervention

Even if Russia had mounted a credible attempt at a humanitarian justification for its invasion of Ukraine, it bears reminding that China’s consistent stance has been to reject any military intervention not sanctioned by the United Nations Security Council (UNSC). In an effort to end its diplomatic isolation after the 1989 Tiananmen massacre, Beijing had shifted away from its previous absolutist view of sovereignty to support some (often Western-initiated) United Nations (UN) sanctioned interventions in the 1990s (e.g. Timor-Leste) – but only such –, while continuing to veto sanctions and interventions in other cases (e.g. Zimbabwe, Syria). It allowed for the intervention in Libya through its abstention, but later harshly criticized NATO’s interpretation of the mandate and became much more veto-prone in the UNSC. Even aside from the record of China’s condemnation of the NATO and US interventions in Kosovo and Iraq, an argumentum a minori ad maius would have to lead Beijing to a clear rejection of Russia’s invasion.

Non-Interference and the Five Principles of Peaceful Co-Existence

During its exclusion from the UN until 1971, the People’s Republic of China did not propose something substantively new to international law, but, together with India, sought to accentuate certain aspects of the UN Charter through the since much-cherished “Five Principles of Peaceful Co-existence”. These include respect for others’ sovereignty, non-aggression, and the often-cited non-interference in other’s internal affairs. The goal of propagating the vague and non-binding principles, was to strengthen China’s relations with formerly colonized peoples. During its unilateral military intervention in still rather newly-independent Ukraine, Russia has reportedly demanded that, for hostilities to cease, Ukraine has to change its constitution and to accept that Russia appoint a new Ukrainian prime minister. Near perfect violations of letter and spirit of the five principles.

Domestic Sensitivities – From Taiwan to Xinjiang

Aside from the continued rule of the Communist Party, territorial integrity is the most central goal of the Chinese leadership. Beijing is worried about consolidating control where it already has it, such as in Xinjiang, and about gaining control where it only claims sovereignty, mainly in Taiwan. It has been obsessed with the issue of supposed separatism and foreign interference in its internal affairs for decades. Together with its “Shanghai Cooperation Organisation” partners, China concluded a convention on combating separatism as one of the “three evils” purportedly plaguing the region – and later used alleged separatism to justify its extensive network of re-education camps in Xinjiang. As for Taiwan, commitment to a “one China policy” is Beijing’s most basic expectation of any foreign partner. Meanwhile Russian peace negotiators demand that Ukraine recognize Crimea as part of Russia and the separatist so-called Donetsk and Luhansk People’s Republics as independent.

China and Russia – a “Strategic Partnership With No Limits”

Competing with China’s principles and domestic sensitivities, is the geopolitically important strategic partnership with Russia, which the two presidents in early February described as having “no limits”. Ever closer ties allow China to rely on a strategically secured hinterland, and to focus on offensive action in the Western Pacific. Beijing values the reliable support in its diplomatic standoff with the US, aims for cooperation to weaken the US, and is happy for Russia to distract Washington. China and Russia have also aligned more closely on ideology and want to make the world safe for dictatorship. They agree broadly on issues of global order, while both perceive threats from the US, and see themselves in a “joint struggle” against US-fomented democratic revolutions. Russia is also increasingly important to China’s energy security – esp. for the case of a military standoff with the US – even though Beijing would never allow for a dependence like the EU’s.

At the time of writing, geopolitics appears to have outweighed principles. Importantly, China does attempt to walk a tightrope between its priorities and has not gone full in with Russia. On balance, though, formerly treasured notions in international law and international relations are being left in the rear-view mirror. Two aspects of China’s approach shall be addressed here, its voting behaviour in the UN and its official statements on Ukraine more broadly.

China abstained at UN votes, but in diplomatic statements defends the Russian position. A first UN Security Council (UNSC) resolution, vetoed by Russia, on February 25, “demanded that Moscow immediately stop its attack on Ukraine and withdraw all troops”. It also required Moscow to reverse its recognition of the two separatist entities in eastern Ukraine as independent. A second UNSC text – procedural, i.e. it could not be vetoed – called for a rare emergency special session of the UN General Assembly to address Russia’s military operation. Both texts were supported by eleven members, with China among the three abstentions. At the General Assembly, 141 countries supported a resolution demanding that Russia immediately withdraw from Ukraine, with China among the 35 abstentions. Reportedly, the UNSC texts had to be watered down, though, for China not to use its veto. Mainly, a reference to Chapter VII of the UN Charter – and thus inter alia potential sanctions under Article 41 – was removed, and language on Russia’s “aggression against Ukraine” changed from “condemn” to “deplore”. Moreover, by abstaining, China did not show the consistency of members like Kenya, who noted that it had previously also opposed Western military interventions.

While there was some back and forth on whether to emphasize Ukraine’s sovereignty, Chinese diplomatic statements consistently showed sympathy and understanding for the Russian position. After a generic commitment to all countries’ sovereignty, Foreign Minister Wang Yi muddied the waters right on February 24 by noting the supposedly “unique historical context” and his understanding for “Russia’s legitimate concerns on security issues”. Referencing “Cold War mentality” implied Western culpability, and the call for a new “European security mechanism” appeared to entirely discount the Organisation for Security and Co-operation in Europe (OSCE). Later, Wang explicitly criticized past NATO expansion, as well as the current use of sanctions. Paying lip-service to sovereignty towards Ukraine, he did not waver in justifying Russia’s action. Throughout, Wang made no reference at all to the non-interference principle – nor did his superior, Politburo member Yang Jiechi in a fresh statement on March 15. Both failed to call on Russia to respect the ICJ’s order of March 16. Beijing gives the clear-cut impression that its principles do not hold where its strategic partner in Moscow is concerned. 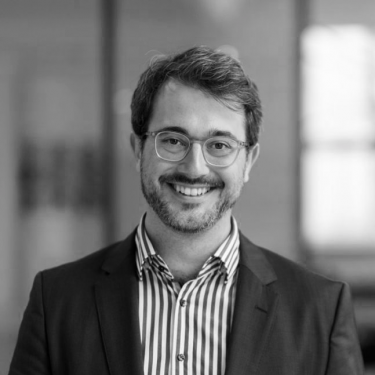 Dr. Thomas Eder is an affiliated researcher at the Austrian Institute for International Affairs (oiip). He has a Ph.D. in International Law from the University of Vienna.