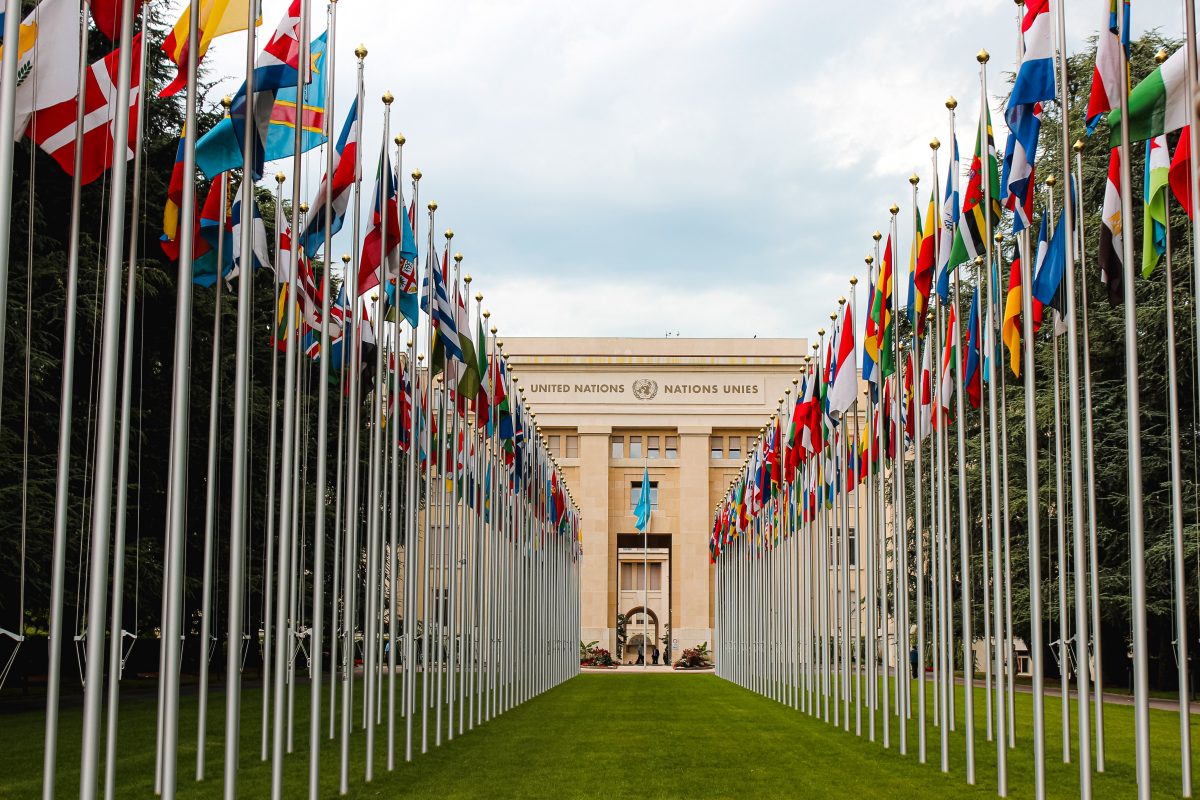 Photo by Mathias Reding on Unsplash.

Sexual Exploitation and Abuse by Peacekeepers in the Central African Republic

On the difficult path from conflict to peace, peacekeepers can unfortunately become perpetrators of violence against the populations they seek to secure. Peacekeeping has been accused of occasionally creating a sexual predatory culture in the country of deployment. The Central African Republic (CAR) has not been spared of this critique. Since 2016, allegations have been made that peacekeepers were involved in sexual exploitation and abuse. In September 2021, allegations of sexual abuse led to the United Nation’s (UN) decision to remove Gabon peacekeepers.

These peacekeepers belong to the UN mandated peacekeeping mission called the United Nations Multidimensional Integrated Stabilization Mission in the Central African Republic (MINUSCA), which has been supporting the government in the non-international armed conflict (NIAC) against several non-state armed groups in the CAR since September 2014.

Despite the peacekeepers’ involvement, the application of international humanitarian law (IHL) to their actions, and especially sexual exploitation and abuse, has been debated. This post will first examine the prohibition of sexual exploitation under IHL. Then, it will discuss the applicability of IHL to peace forces and whether MINUSCA can be considered a party to the conflict in the CAR. Finally, it will determine whether IHL applied to the acts of sexual exploitation and abuse and whether they can be war crimes, even if MINUSCA would not be considered a party to the conflict.

Sexual exploitation was defined by the UN Secretary General as “any actual or attempted abuse of a position of vulnerability, differential power, or trust, for sexual purposes, including, but not limited to, profiting monetarily, socially or politically from the sexual exploitation of another”. This includes giving food, shelter, or protection in return for sexual services (Gaggioli,  506).

It is a specific example of sexual violence (ibid), which was generally defined by the International Criminal Tribunal for Rwanda (ICTR) in the Akayesu judgement as “any act of a sexual nature which is committed on a person under circumstances which are coercive” (para. 688). Coercive circumstances are not only the threat of violence or force, but also those caused by circumstances of abuse of power, fear of detention, violence, duress, or psychological abuse.

As sexual exploitation is not addressed as such by IHL, it is necessary to determine how sexual violence and rape are addressed. Both rape and other forms of sexual violence are prohibited in international armed conflict (IAC) and non-international armed conflict (NIAC). In the Geneva Conventions (GC) and Additional Protocols (AP), rape is expressly prohibited (e.g. art 27 GC IV ; art 4(2)(e) AP II). Sexual violence and rape are also prohibited implicitly through the prohibition of torture and cruel treatment, outrages upon personal dignity, indecent assault and forced prostitution, and those provisions aimed at ensuring respect for persons and honour (Gaggioli, 511-512 ; art 14 GC III ; Common Article 3 ; art 75(2)(b) AP I ; art 76(1) and 77(1) AP I).

Besides these specific provisions, there is also a general prohibition on rape and other forms of sexual violence in customary IHL applicable to IAC and NIAC. Since sexual exploitation is an example of sexual violence, it is thus implicitly prohibited by IHL.

Applicability of IHL to Peacekeepers

Whether IHL is applicable to international forces involved in peacekeeping operations was long debated since it is not possible for the UN to become a party to the relevant IHL treaties and there are rules that the UN cannot abide by. Moreover, the UN itself denies that the full body of detailed IHL rules is applicable to it by arguing that it is only bound by the principles and spirit of IHL (Sassòli, 469 ; Burke, 104).

Previously, it was argued that the UN could not become a party to the conflict due to the moral legitimacy and legality of the missions. Nevertheless, this is a jus ad bellum argument and is irrelevant for jus in bello (or IHL), which applies equally to all parties to the conflict (Sassòli, 43). When peacekeeping forces engage as combatants or with a combatant function, they could become a party to the conflict. The 1999 Secretary General’s Bulletin affirmed that IHL, or at least some of its rules, is applicable “when in situations of armed conflict [the peacekeeping forces] are actively engaged therein as combatants, to the extent and for the duration of their engagement”. Moreover, many rules of the Geneva Conventions are customary law that is considered binding upon the UN (Sassòli, 474 ; Burke, 104).

The normal thresholds for the application of IHL, namely the existence of an armed conflict, also apply to peacekeepers (Sassòli, 44). The mere existence of a conflict in the country of deployment does not mean that IHL applies to the peacekeepers, since they actually need to be actively involved as combatants or with a combatant function (Burke, 108).

Peacekeeping Forces as a Party to the Conflict

While some argue that UN involvement automatically makes the conflict an IAC due to the introduction of an international aspect (Burke, 110), this is not the case when we apply the classification criteria. It is possible that there is a NIAC when there are hostilities between the peacekeeping forces and non-state armed groups (Sassòli, 471). Since MINUSCA is supporting the CAR government in its fight against non-state armed groups, its engagement must reach the level of intensity and organization required to be considered a party to the NIAC.

Due to the structure of peace forces, they are assumed to meet the organization requirement (Ferraro, 577). Regarding the intensity of the violence, in late June of 2015 there were clashes between MINUSCA peacekeepers an armed fighters which resulted in the death of 6 armed men and 15 civilian casualties. Due to the lack of detailed information, it is not possible to determine that the intensity requirement was met at that time. In 2018, when there were direct armed confrontations between MINUSCA and some armed groups in the PK5 region, it  could be argued that they became a party to the conflict. This remained controversial at the time. Nowadays, it is argued that the required level of intensity has been reached for MINUSCA to become a party to the conflict.

Even if this was not the case, the support-based approach from the International Committee of the Red Cross (ICRC) can be used since the UN is intervening in a pre-existing NIAC. Therefore, even if they do not meet the intensity requirement, their engagement in the pre-existing NIAC would still make them a party depending on the support they provide. The logic behind this is that they are an integral part of the existing conflict and not a separate and new NIAC. Following this approach, IHL would apply to MINUSCA since they are intervening in the territory with a pre-existing NIAC, the actions of the conduct of hostilities they undertake are in the context of that NIAC, their operations support the government forces already involved therein, and the action follows the decision of the UN to support the CAR government in the conflict (Ferraro, 583-584). As a result, MINUSCA is bound by Common Article 3 and customary international humanitarian law applicable in NIACs because they are a party to the pre-existing NIAC.

Criminalization of Individual Acts of Exploitation and Abuse

Irrespective of the general applicability of IHL to MINUSCA, the individual peacekeepers that act are still bound by IHL – at least those rules of IHL that are criminalized (Sassòli, 198-199 and 470). Not only fighters but also civilians are capable of committing war crimes, even if they have no relation to a party to the conflict. There must nonetheless be a nexus between the act and the conflict. Thus, there must be a sufficient nexus between the conflict and the acts of sexual exploitation and abuse by the peacekeepers (Gaggioli 2014, p. 514). While the nexus requirement is a construction originating in international criminal law, it is logical to assume that if war crimes require a nexus with the conflict that IHL does as well. There are no war crimes without violations of IHL so the nexus requirement of IHL must be at least as broad as that for war crimes (Sassòli, 201).

In defining the nexus, the International Criminal Tribunal for the Former Yugoslavia (ICTY) in Kunarac uses a very broad definition. It is merely required that the armed conflict “play[s] a substantial part in the perpetrator’s ability to commit it, his decision to commit it, the manner in which it was committed or the purpose for which it was committed” (para 58). Certain indicative factors are the affiliation of the author to the party, the affiliation of the victim to a party, the geographical proximity to the conflict, and the conformity with the aims of the party (ibid, para 59 ; Sassòli, 202).

Regarding the conduct in this specific case, some argue that it may be sufficient for the nexus requirement that they were able to commit rapes and other forms of sexual violence because the armed conflict provided them with the opportunity and a climate of impunity (Sassòli, 203). Additional factors, such as the peacekeeping forces’ support for the CAR government based on their mandate and their resulting affiliation, and the geographical proximity to the conflict could lead to the conclusion that there was a sufficient nexus. It is clear that the conflict played a substantial part in the commission of the acts.

As a result, IHL is applicable to the acts of the peacekeepers and these acts may constitute the war crime of rape, even if MINUSCA was not a party to the conflict. 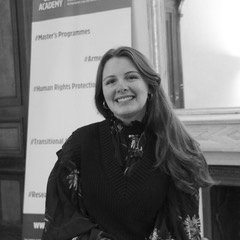 Sophie Timmermans is an LL.M. Candidate at the Geneva Academy of International Humanitarian Law and Human Rights. She holds an LL.M. and an LL.B. from the University of Antwerp.