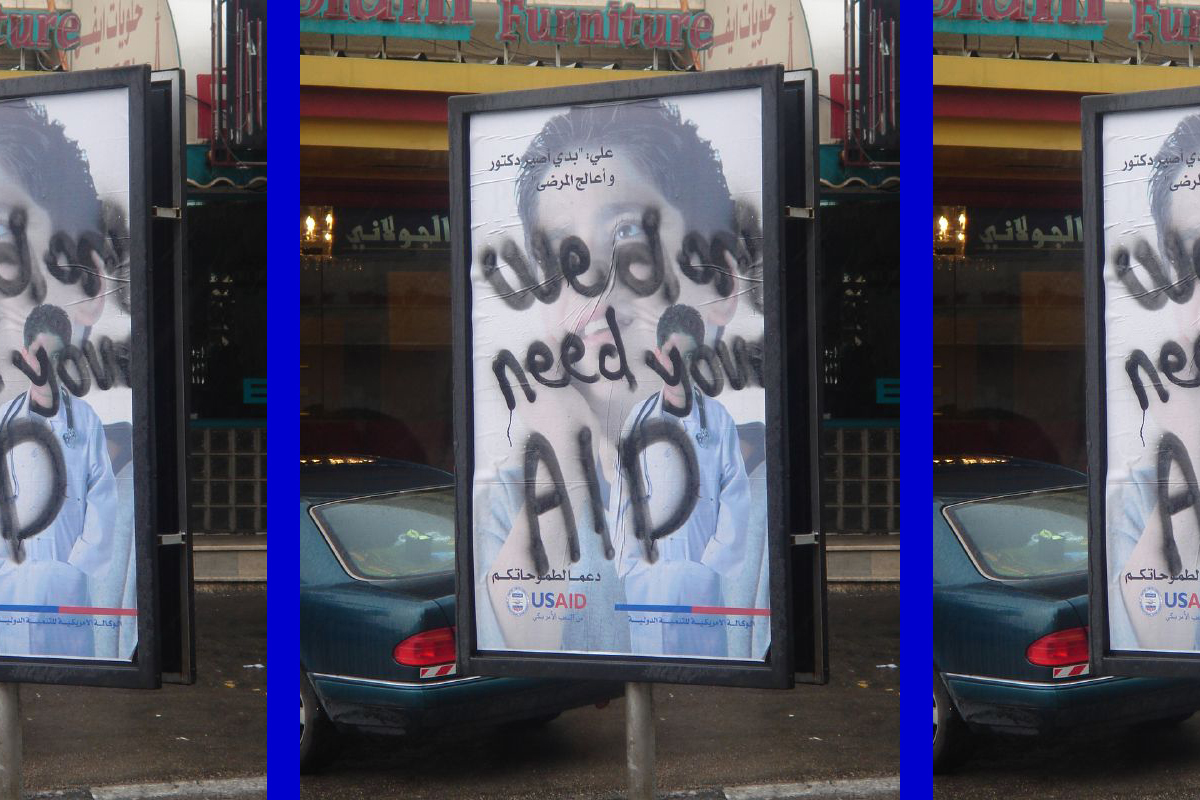 When a UN agency asked a rural community in Liberia about their development priorities after the civil war, the community asked for music instruments. Failing to understand the economic and social significance of the community’s brass band, the agency decided to build a well and a hand pump instead. Even though the donors ignored the community’s wishes in the Liberian example, the stakes are much higher in other contexts, where development projects actually harm communities (examples here and here). Many of these human rights violations could be prevented by a higher degree of community participation in the design and implementation of projects. Incorporating the right to free, prior, and informed consent (FPIC) into development practice can thus be a way of preventing conflicts and human rights violations. This article explains the relevance of FPIC for development cooperation and its incorporation into the project law of the two largest bilateral donors: the U.S. and Germany. I will show that the way the two donors understand FPIC lags behind human rights law. Given the human rights obligations of states, it is necessary to address these shortcomings in development law and practice.

FPIC as a human right and its relevance for development cooperation

FPIC is a central claim of the international indigenous movement. With the adoption of the 2007 United Nations Declaration on the Rights of Indigenous Peoples (UNDRIP), it has become a recognized human right globally. Indigenous peoples have the right to determine their own development (art. 23). States shall “consult and cooperate with Indigenous peoples in good faith […] in order to obtain their free, prior, and informed consent prior to the approval of any project affecting their lands or territories or other resources” (art. 32(2)). Moreover, art. 10 prohibits the forcible removal of Indigenous peoples from their territories without their FPIC.

Both the Inter-American and the African regional institutions have affirmed the relevance of FPIC also to non-Indigenous vulnerable communities. For determining the scope of FPIC, a so-called sliding scale approach is common: the graver the expected consequences of a project on a community, the more demanding is the consultation/consent requirement. Development projects like the creation of protected areas in inhabited areas often have severe impacts. But how is FPIC currently incorporated into the law of bilateral development cooperation?

The law of bilateral development cooperation and human rights

States like the U.S. and Germany are quite obviously bound by human rights within their territory. But how about the entities implementing development projects extraterritorially? In the German case, development cooperation is to a large extent handled by the Federal Ministry for Economic Development and Cooperation (BMZ). A very high number of BMZ-funded projects is carried out by the Deutsche Gesellschaft für Internationale Zusammenarbeit (GIZ) GmbH, which is a private company owned by the German government. USAID, the U.S. independent agency responsible for development assistance, similarly contracts partner organizations for realizing development projects. In many cases, these implementing partners are private entities such as national and international NGOs. This raises the question whether human rights obligations extend to private actors (GIZ and USAID’s partner organizations) in their activities abroad.

The UN Guiding Principles on Business and Human Rights (UNGPs) provide essential insights on this question. While they are not legally binding, they reflect existing (binding) human rights standards. According to the UNGPs, state institutions are obliged to respect human rights and protect them against abuse by private actors. In principle, the BMZ would thus be obliged to ensure that the GIZ respects human rights. But does this also apply to exterritorial activities?

The Maastricht Guidelines on the extraterritorial realization of economic, social, and cultural rights shed light on the human rights obligations of states abroad. States have extraterritorial human rights obligations under the following conditions: 1) the state must exercise authority or effective control over the situation, 2) the state’s act or omission has a foreseeable impact on human rights, and 3) the state is in the position where it has a decisive influence or where it can take measures to realize human rights extraterritorially (art. 9). This applies to many development projects funded by states. Moreover, the German Constitutional Court recently ruled that the Constitution binds state authorities in their activities abroad.

Meeting international standards? The right to FPIC in U.S. and German development cooperation

Many donors have now endorsed human rights-based approaches to development. Participation is a core component of this new development paradigm. But do the human rights standards applied in German and U.S. development cooperation comply with international human rights law? The German BMZ commits to human rights-based development. Additionally, the GIZ is a member of the Global Compact. According to the BMZ’s human rights guidelines, Indigenous peoples have the right to give their FPIC to development projects affecting them. The guidelines, however, refer to FPIC as a principle, which should be “taken into consideration” and not a right. It is thus questionable whether the absence of consent would have any consequences. It does also not apply to other vulnerable communities. In the case of forced resettlements, the implementing agencies merely have to consult extensively.

The U.S. development agency USAID equally commits to the promotion of human rights: “USAID aims to promote and protect human rights, as well as to prevent or mitigate any unforeseen negative impacts of USAID development projects on individuals and communities”.  Just like the BMZ, USAID sees FPIC as a privilege of Indigenous peoples. It is up to the USAID Operating Unit to establish whether a group is indigenous (albeit in consultation with various stakeholders). However, the language used by the 2020 Policy on Promoting the Rights of Indigenous Peoples is much stronger than the one used by the BMZ. It follows the USAID Policy Framework and Congress’ recommendations and states that “Operating Units should not proceed with an activity when significant impacts are likely and consent from the community is not forthcoming”. USAID also acknowledges the need to co-design development projects with Indigenous peoples instead of just consulting with them.

Thus, the German approach to FPIC considerably lags behind human rights standards, while the U.S. adopts a more comprehensive understanding. However, in both cases, it is worth emphasizing that FPIC is limited to Indigenous peoples. This makes its applicability to many projects difficult, for example in sub-Saharan Africa where many states are reluctant to recognize the indigenous status of vulnerable communities.

The challenges of FPIC within development law and practice

Development is often seen as inherently progressive and altruistic. Who could possibly object to the protection of the environment or the titling of customary land? Consequently, the space for objections and resistance shrinks. Non-consenting community members may be seen as selfish and face stigmatization or even state repression.

On a more structural level, the problem exists that development cooperation is usually based on agreements between governments. The development needs of a country are determined in a dialogue between the donor and the borrower. In Germany’s case, the BMZ negotiates with the cooperating governments to determine the focus of the cooperation. This, quite obviously, limits the space for community involvement. Consultations take place at a point when considerable public funds have already been spent. Both host governments and the implementing organizations may be inclined to pressurize dissenting communities to agree.

Another problematic area is access to information and remedies. For ensuring the effectiveness of FPIC, donors would also have to provide access to remedies for cases in which consent has not been obtained. The BMZ argues that in cases in which the principle of FPIC has been violated before the beginning of the project – as in the DRC – it could not be retroactively obtained. In 2017, it further announced the adoption of Indigenous Peoples Guidelines to ensure access to remedies. However, it is still in the process of drafting these Guidelines.

Generally speaking, German courts cannot be accessed by victims of human rights violations caused by German development projects. The GIZ has a complaint mechanism which is part of the Compliance and Integrity Unit. However, the GIZ website only recommends sending an email without clarifying in any way what the procedure looks like. Moreover, in 2017, it received no, and in 2018 exactly one complaint, raising doubts about its accessibility. It is also questionable whether an independent review can be conducted within the GIZ. Moreover, the GIZ is not particularly transparent with respect to the details of its projects, which may make it difficult for victims of human rights violations to gather information and bring a case.

USAID does better in terms of transparency and publishes evaluations and reports of projects in great detail. It also has a grievance mechanism. Yet, this mechanism only applies to protected areas and national parks projects and an agency-wide accountability framework is lacking. For this reason, Congress has called on USAID to establish an effective grievance and redress mechanism.

The existing legal framework, logic, and functioning of development cooperation thus remains a challenge for the full realization of FPIC. Both the U.S. and Germany could do better by fully incorporating FPIC and by providing access to remedies. Questions pertain particularly in relation to the rights-holders of FPIC, the timing when consent is to be sought, and the meaning of dissent:

Adopting a broad understanding of FPIC, as suggested above, would be a way of acknowledging that communities are not merely recipients of aid, but both partners and rightsholders in development. 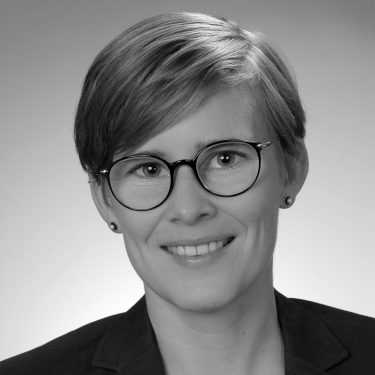