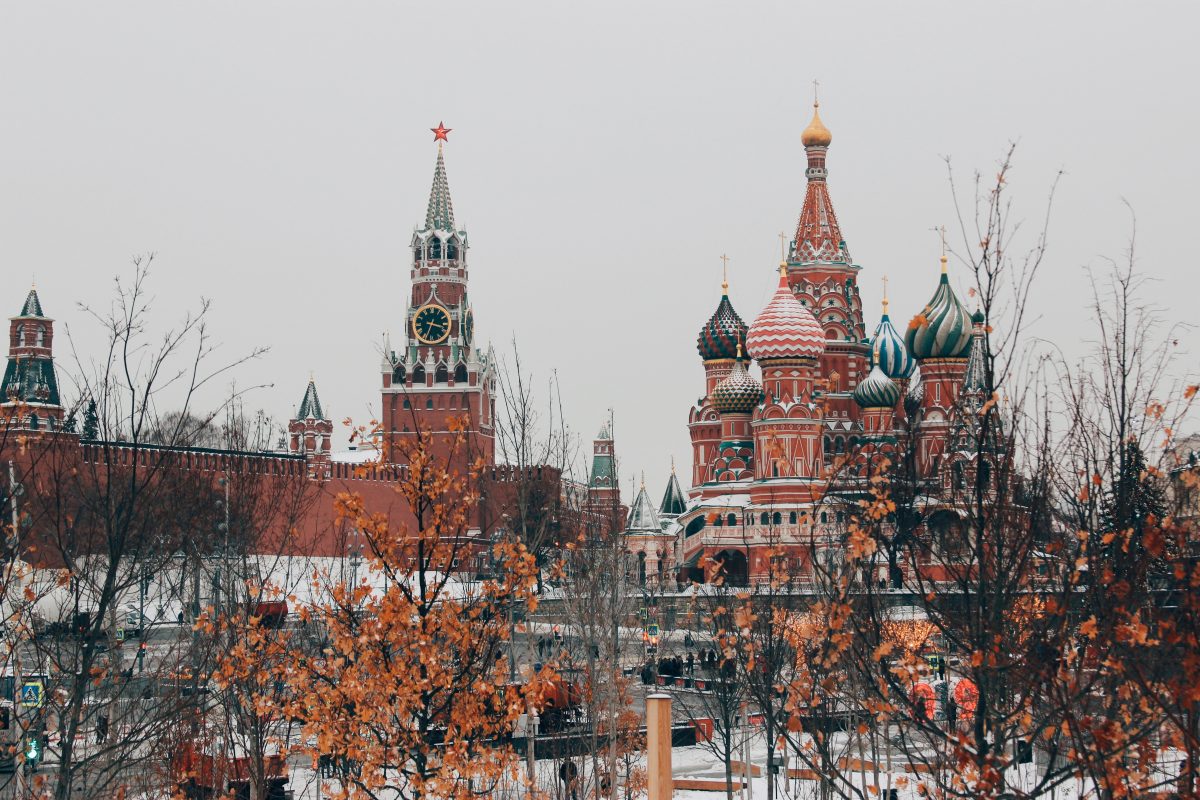 Photo by Michael Parulava on Unsplash.

The ongoing Russian military invasion into Ukraine has backfired on the Russian economy. As a response to the invasion, economic sanctions have been adopted by European and other states targeting Russian individuals, banks and other sectors. These events have also directly influenced private companies (based in Europe and elsewhere) to shut down business operations in Russia. The Russian government has reacted with a plan to ‘nationalize’ foreign-owned companies if they intend to close down their operations. The main proposal is the appointment of external management to those companies in order to keep business operations running and avoid unemployment. Foreign owners may object to external management and either resume operations or sell their ownership according to the proposal.

Which Treaties to Turn To

Currently, 62 bilateral investment treaties (BITs) concluded with Russia and six ‘trade’ treaties including some investment provisions are in force. Most of the EU member states are parties to BITs with Russia. However, Estonia, Latvia, Ireland and Malta have not concluded BITs with Russia, while Croatia, Cyprus, Poland, Portugal and Slovenia only have BITs signed but not ratified by Russia – thus those are not in force. Similarly, while Canada, South Korea and the United Kingdom also have BITs with Russia, the US-Russia BIT has only been signed but not ratified.

Generally investors from states, which have not concluded BITs with the state where the investment is, may also benefit from BITs concluded by other states, in particular if they have restructured their investments in such a manner that those are covered by the scope of application of another BIT. For instance, if a US parent corporation runs its business operation in Russia via a company in the Netherlands, the parent company can indirectly benefit from the Dutch-Russian BIT because it indirectly owns the investment (e.g. the company or part thereof) in Russia through a Dutch company and technically the Dutch company is the investor that will commence the arbitration proceedings against Russia. However, the restructuring to obtain benefits under a BIT must not be excluded by the treaty in question and must occur before a dispute arises or becomes reasonably foreseeable (see e.g. Philip Morris v. Australia [2015] paras. 538-554). Arguably, if foreign corporations only contemplate such steps now, it will be too late.

The Return of Expropriations

If Russian authorities seize assets or properties owned by foreign corporations, these actions will constitute outright takings and qualify as direct expropriations of investments. However, also the planned appointment of external management to companies owned by foreign investors can qualify as indirect expropriation if the foreign investors have no longer control over their investment in Russia (see e.g. PSEG v. Turkey [2007]  para. 278). Thus, at first sight it appears very likely that the Russian measures are expropriatory. While states have a right to expropriate, certain requirements must be fulfilled when foreign investments are affected. BITs typically provide that expropriations are only permitted if they ‘are carried out in the public interest and under due process of law, are carried out without discrimination and are accompanied by the payment of prompt, adequate and effective compensation.’ (Article 6(1) Lithuania-Russia BIT).

The public purpose of an expropriatory measure is rarely second-guessed by tribunals (see however ADC v. Hungary [2006] paras. 429-433) and depending on which assets or companies are expropriated it may certainly be argued that the Russian plan serves the public interest of e.g. avoiding unemployment and ensuring the production of certain goods. The Russian measures might also be in accordance with due process of law if they are based on Russian domestic legislation or decrees and if a foreign investor has the option to challenge the expropriation before Russian courts (see e.g. Rusoro v. Venezuela [2016] para. 389). However, if the Russian measures selectively target certain foreign investments and investors – those coming from ‘unfriendly’ states – the measures will be discriminatory. Yet, the most significant hurdle, might be the payment of ‘prompt, adequate and effective compensation’ for any expropriated companies, assets or properties. In particular, compensation is only effective if paid in a freely convertible and freely useable currency (see e.g. Article 4(2) Germany-Russia BIT; 1992 World Bank Guidelines p. 43), i.e. US Dollar, Euro, Chinese Yuan, Japanese Yen and the British pound. Any compensation offered in Russian Ruble will not meet the criterion. In any event, for now Russia seems to be unwilling or even unable to provide prompt, adequate and effective compensation.

Russia may, inter alia, try to defend itself in the arbitration proceedings by relying on the plea of necessity (Article 25 ARSIWA) under customary international law as a circumstance precluding the wrongfulness of its actions. However, the plea of necessity is an exceptional excuse and the measures taken must be the ‘only way’ [Article 25(1)(a)] to tackle the economic crisis in Russia. Also, Russia cannot rely on the plea of necessity if it has contributed to the situation of necessity [Article 25(2)(b)], which it arguably has given that its invasion triggered the economic sanctions and the withdrawal of companies from the Russian market. In any event, it is questionable whether the successful invocation of the plea necessity would even imply that no compensation is owed (Article 27 ARSIWA: ‘The invocation […] is without prejudice to […] [t]he question of compensation […]’; see e.g. CMS v. Argentina [2005] paras. 383 et seq.). In connection with necessity, one could also consider so-called security exceptions clauses contained in some investment treaties, but hardly any BITs concluded by Russia contain such clauses [as an exception see Article 2(3) Hungary-Russia BIT].

Finally, if Russia were to unilaterally terminate BITs prior to the initiation of investment proceedings, it would not be able to escape its obligations under the BITs because these generally include so-called sunset clauses. Such clauses preserve the investment protection regime for investments made prior to the termination of a BIT for a certain period of time after termination [e.g. Article 12(3) Russia-Sweden BIT: 20 years after termination]. In that respected it should also be noted that the question whether armed conflicts lead to a suspension or termination of investment treaties is disputed and would largely depend on the language of the treaties. In any event, with the exception of Ukraine no war or armed conflict exists in the relations between the home states of the investors and Russia.

Winning an investment dispute is one thing, collecting the money another. Unless Russia reverses its current position, one cannot expect that Russia will comply with any award rendered against it. To date Russia does not seem to have voluntarily complied with any of the publicly available investment awards. Thus, enforcement action before domestic courts will be necessary if the money awarded is to be collected.

The arguably most effective arbitration proceedings are those conducted under the arbitration rules of the ICSID Convention because of its strict compliance and enforcement obligations (see Article 53; Article 54). However, Russia only signed but never ratified the ICSID Convention. Thus, merely non-ICSID arbitration rules are available, such as UNCITRAL Arbitration Rules.. Still, as a successor state to the USSR, Russia is at least party to the New York Convention, which concerns the recognition and enforcement of arbitral awards and provides only limited grounds for refusal of the recognition and enforcement by domestic courts.

One can only speculate whether a Russian domestic court would enforce an award against the Russian state, but enforcement against assets owned by the state and located abroad is an option.  In those cases, however, the sovereign immunity defense is available requiring investors to identify assets that are used for commercial rather than sovereign purposes. Even with assets of the Russian state, including the central bank, having been affected by sanctions and frozen, immunity for sovereign purposes will still apply. The frozen assets of Russian ‘oligarchs’ will generally also be unavailable as those assets do not belong to the Russian state itself, even if close relations between ‘oligarchs’ and Russian officials may exist. In light of the war against Ukraine, however, intricate legal questions may arise whether sovereign immunity could be denied and enforcement permitted by a domestic court outside of Russia as a countermeasure under international law. This, however, would enter largely unchartered legal territory.

Irrespective of the risk of non-compliance and non-enforcement, it may already be useful for foreign investors to have final awards against Russia as in some point in the future Russia may want or need to attract foreign investment and access the international markets (for debt restructuring) again. These factors may be conducive to honoring the awards or concluding settlement agreements with foreign investors (in that respect see the example of Argentina).

While Russia’s war against Ukraine continues, its so-called ‘nationalization’ plan as a response to ‘Western’ sanctions and departures of Western companies from the Russian market might cause both economic and legal troubles for Russia. If its ‘nationalization’ plan is indeed implemented, one can expect an avalanche of (successful) investment arbitration claims. In any case, it seems certain that foreign investors will steer clear from the Russian Federation for the foreseeable future – whether Russia can live without them will be seen.