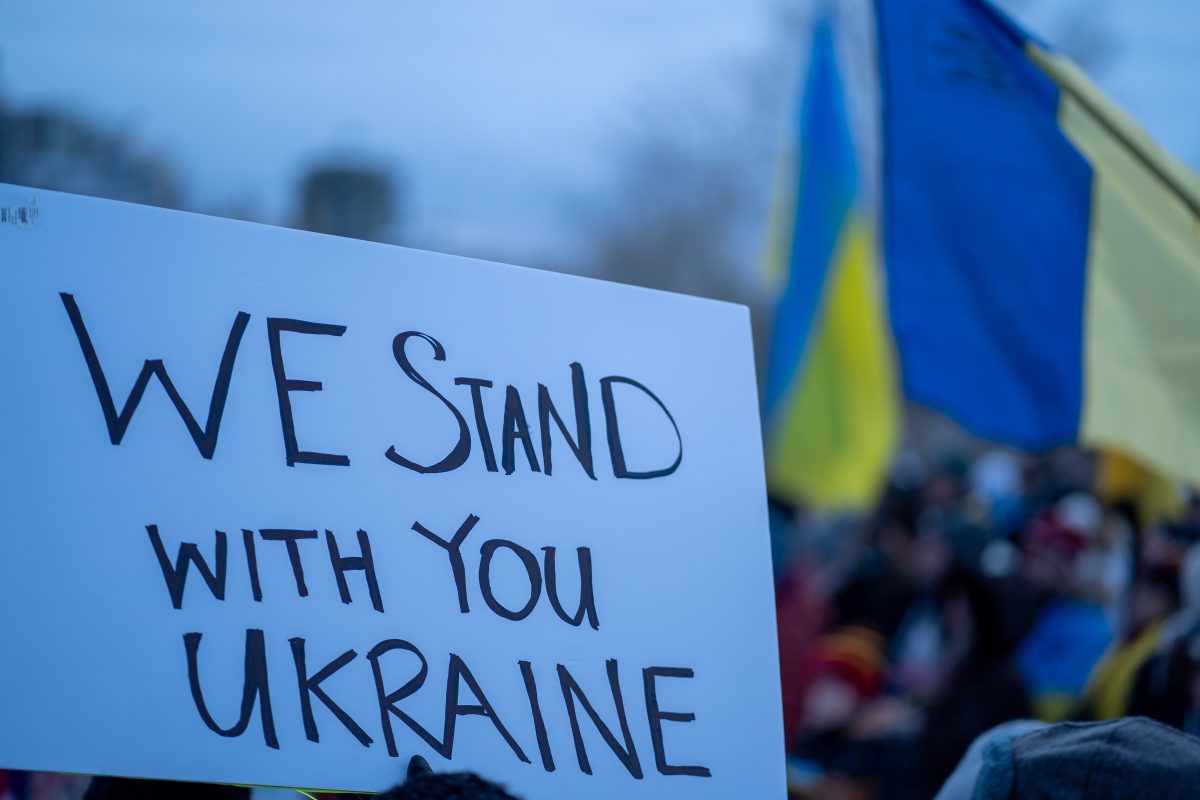 Photo by Ahmed Zalabany on Unsplash.

Russia and the Jessup 2022 Dilemma

The Philip C. Jessup International Law Moot Court Competition is the world’s oldest and one of the most prestigious competitions in international law. It purports to ‘encourage communication among students […] from different parts of the world in an effort to promote international understanding and cooperation’ and offers students the possibility to simulate an international dispute before the International Court of Justice based on a fictional case.

Despite the full-scale Russian invasion of Ukraine since 24 February 2022, which massively contravenes said purpose, the home of the Jessup Moot Court, the International Law Student Association [ILSA], decided on 1 March 2022 to allow the Russian teams that qualified for the international rounds to participate under a neutral flag. This approach seemingly attempts to balance the current dilemma between supporting Ukrainian teams that are now caught in a war zone and not punishing Russian students individually for the decisions of their political leaders.

This contribution raises the question of whether Russian teams should have competed in the International Rounds of the Jessup Moot Court. Having participated in this year’s Jessup Moot Court representing the University of Augsburg, we also reflect on whether we as a team would have competed against the Russian teams, had we advanced to the international rounds. In our view, ILSA should have acknowledged the Ukrainian students’ needs and their demand that Russia does not participate in the competition. This aim could have been guaranteed only through the exclusion of Russian teams.

The Olympic Games and Jessup: Same But Different?

ILSA’s decision to allow participation of Russian teams under a neutral flag is all the more problematic, because unlike the Olympic competitors, the Jessup teams do not only represent states but also their universities. The Russian Union of Rectors, which unites the leaders of several educational facilities, supports the Russian governments’ actions. Their statement from March 4 evinces support of the Russian government and army, and emphasizes that “[u]niversities have always been the backbone of the state”. As a consequence, the Russian students are representing institutions that are loyal to the Russian government’s violation of international law. Furthermore, students of the Moscow State Institute of International Relations called upon the Ukrainian president in a video message. In their message they supported the Russian government’s claim of “demilitarization and denazification” and embraced the idea that to “stabilize the situation in Ukraine […] recognition of the Crimea sovereignty under Russia” is needed.

The European University Association completely cut off subsidies for Russian universities. This reaction is supported by the former long-time National Administrator of the Jessup in Russia. In a Facebook post, she stated that ‘most universities are much more disgusting when it comes to governmental praise than the [praise of the] nationality itself’.

The Symbolic Weight of Participating Under No Flag

In this sense, Russia’s attendance under no flag is widely perceived as offensive for participating teams of both nationalities. Thus, it is also in our opinion that permitting Russian universities to be represented even under no flag is not an adequate response.

In the public hearings on the request of Ukraine to indicate provisional measures against Russia, Russia’s representatives did not show up before the International Court of Justice (ICJ). Undoubtedly, there is a difference between the appearance before a fictional Court in the context of a moot court competition and the ICJ. However, Russia’s absence in the ongoing proceedings before the ICJ can hardly be understood as anything but disrespect of the Russian government towards the international community.

As Russian universities and international lawyers officially stand with the Russian government, stepping down in the fictional Jessup competition would have been in line with the government’s actions. Such a decision would have followed the example set by several Russian teams which withdrew from the Willem C. Vis International Arbitration Moot.

Of course, this decision would have been especially hard to make for the Russian teams because they traditionally perform well on the international level. Moscow State University even won the international rounds in 2012, and this year, two Russian teams qualified to the advanced rounds. However, the Russian teams should have taken the good and bad consequences for their support of their government’s actions and should not only have taken the ones beneficial to them – participating in the competition and eventually winning it.

The university we represented, the University of Augsburg, suspended its cooperation with Russian scientific research institutions while expressly considering that Russian students may suffer from the consequences. Against this background and even though we did not advance to the international rounds, we wondered whether we would have competed against Russian teams given the current situation.

The first day of the Russian full-scale invasion of Ukraine was also the first day of pleadings in the German national rounds. Considering the possibility of facing the Russian teams in the international rounds made us evaluate our position regarding the underlying dilemma. As mentioned above, the main purpose of the Jessup is establishing dialogue; the creation of an environment where one’s voice is heard, and, most importantly, where there is a response. A response through the questions of the bench and a response through the argumentation of the opposing side. Through this dialogue, which is based on a fictional case, ideas on the development of international law are shared and solutions are reached. Solutions which are, considering the current situation, even more necessary than before.

However, Russia’s aggression against Ukraine is the exact the opposite of a dialogue. ‘Stop making us love our aggressor’ is the response of the Ukrainian Jessup teams and the community to the statement issued by ILSA. One could not ask the Ukrainian teams to dismiss what they are going through by welcoming the Russian teams representing their universities with open arms. Taking into account the statements of the University of Augsburg and the Ukrainian Jessup Community, we could not have dismissed – even in the context of a fictional case –  the positions of the Russian universities and the government while discussing international law with the bench. There must be limits in tolerating Russia’s violations of international law. Otherwise, the power of the international community would be tremendously weakened.

ILSA’s response led to an inevitable moral dilemma that every team was confronted with. It was ILSA’s obligation as the organizer of the Jessup Competition to address this quandary in an adequate way and prevent participating teams from facing this dilemma. We could not have dismissed the suffering of the Ukrainian people. Russian universities, promoting the cause of this suffering, should not have benefitted from any representation in a prestigious international legal competition. 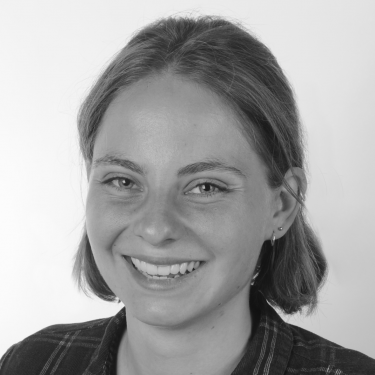 Fabienne Arnold studies law at the University of Augsburg. She represented her University in the Philip C. Jessup Moot Court Competition in 2022. 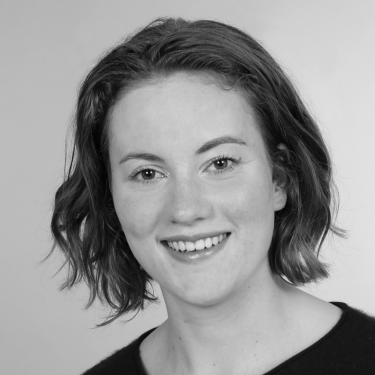 Katja Bieker studies law at the University of Augsburg. She represented her University in the Philip C. Jessup Moot Court Competition in 2022. 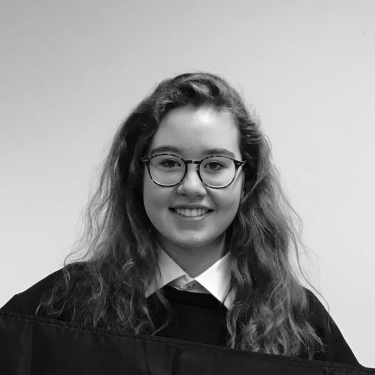 Coco Haag studies law at the University of Augsburg and is a student assistant at the chair of Professor Thilo Rensmann. She represented her University in the Philip C. Jessup Moot Court Competition in 2022.

Antonia Schueller studies law at the University of Augsburg. She represented her University in the Philip C. Jessup Moot Court Competition in 2022. She is also a local elected representative for her administrative district.