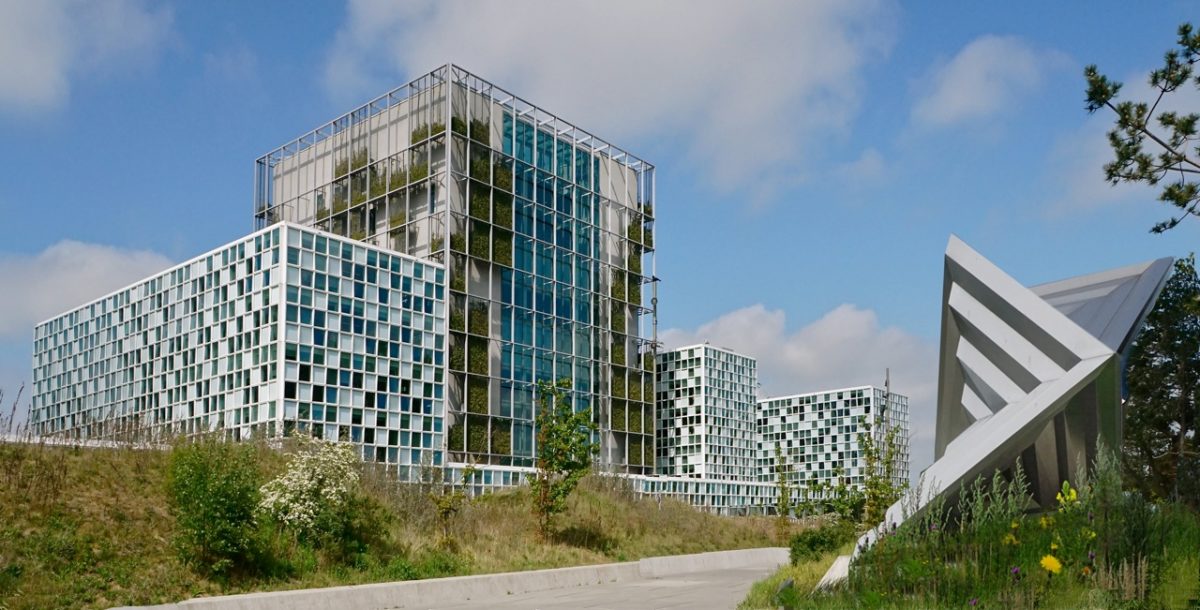 Gender-based persecution of gays, bisexuals and lesbians as a crime against humanity

On 8 November 2017, something happened which can be seen as a milestone for gay rights: a communication was submitted to the Prosecutor of the International Criminal Court (ICC) that includes crimes committed based on the victims’ real or perceived sexual orientation.

Such a case would be the first of its kind and, if successful, would create a strong message for the universal prohibition of gender-based crimes for all sexual orientations. The communication shows that the question whether persecution based on “the wrong” sexual orientation is gender-based persecution – and as such punishable as a crime against humanity according to Article 7(1)(h) of the Rome Statute – is not only of academic interest (see, e.g., Grey, Hagopian and Bohlander), but that there is a real chance that the ICC will have to decide on this issue.

The communication requests a preliminary examination into the situation of gender-based persecution and torture as crimes against humanity and war crimes committed by the Islamic State of Iraq and Syria (ISIS) in Iraq.

In a comprehensive manner, it describes those gender-based crimes: ISIS has established a system of strict gender roles for women and men, with rules ranging from prescribing men and women what to wear to making women subject to “legitimate” rapes by ISIS’s fighters to prohibiting real or perceived homosexuality for both genders. Violations of these rules are subject to hard punishment; homosexuality is frequently punished with execution.

These abuses may constitute crimes contained in the Rome Statute – crimes against humanity as well as war crimes. However, it is not established yet whether persecution based on sexual orientation is a form of gender-based persecution. This is therefore the most controversial issue about the communication, and will be explored below.

Persecution of Gays, Bisexuals and Lesbians as Gender-Based Persecution

The discussion focuses on the crime of gender-based persecution according to Article 7(1)(h) of the Rome Statute. It criminalizes “persecution against any identifiable group or collectivity on […] gender as defined in paragraph 3 […] in connection with any act referred to in this paragraph [such as murder, imprisonment or torture] or any crime within the jurisdiction of the Court [e.g., genocide or war crimes]”. Further, the persecution needs to be “committed as part of a widespread or systematic attack directed against any civilian population, with knowledge of the attack”.

The general requirements for the crime of persecution are easily met with regard to the crimes committed by ISIS (and are also analyzed in the communication). What is less clear is whether “gender as defined in paragraph 3” covers sexual orientation. So far, there is no international jurisprudence on the crime of gender-based persecution, thus no case law guidance exists.

The wording: “The Two Sexes within the Context of Society“

The definition of the crime of persecution in Article 7(1)(h) refers to “gender as defined in paragraph 3” of Article 7, which reads as follows:

“For the purpose of this Statute, it is understood that the term ‘gender’ refers to the two sexes, male and female, within the context of society. The term ‘gender’ does not indicate any meaning different from the above.” (Article 7(3) of the Rome Statute)

Strikingly, the definition not only uses the term “gender” but also the term “sex.” The rule of effectiveness requires that each term shall have an individual meaning. The ordinary meaning approach would also suggest that “gender” must mean something else than “sex.” Indeed, at the international level, the distinction of biological features (sex) and socially constructed roles (gender) has become widely established. However, in a contextual reading, the wording appears to use “gender” as the umbrella term and “sex” as an element used to define it.

The definition thus takes the “traditional” sex dichotomy – “the two sexes, male and female” – as a starting point, but it does not stop there; it adds: “within the context of society.” This wording opens the definition of “gender” for socially constructed aspects of gender; in fact, it can even be seen as inviting analysis of such aspects. This means taking into account how society (or a de jure and/or de facto regimes like e.g. ISIS) expects women and men to behave in certain ways. One such expectation with regard to gender is that women and men respectively shall have a partner of the different sex. If they have a partner of the same sex, they go against their assigned gender roles. Discrimination on the basis of sexual orientation can therefore be seen as discrimination on the basis of non-compliance with gender norms. Thus, discrimination based on sexual orientation is gender-based discrimination.

The fact that the definition is restricted to a binary gender system – male and female – does not stand in the way of including sexual orientation. On the contrary: homosexuality and bisexuality – the “problematic” sexual orientations – are only conceivable in this binary system. While an argument could be made that the wording excludes transgender and intersex people, who are positioned outside of this gender dichotomy, homo- or bisexuality remains within the gender binary.

Such an understanding is confirmed by the Policy Paper on Sexual and Gender-Based Crimes, issued by the Office of the Prosecutor in 2014, which defines “gender-based crimes” as “those committed against persons, whether male or female, because of their sex and/or socially constructed gender roles” (emphasis added).

However, the drafting history is often taken to state that sexual orientation is not part of the Rome Statute’s gender definition.

As supplementary means for interpretation, a provision’s preparatory work may be used in order to confirm an interpretation derived from the general rules of interpretation, or to determine its meaning when the term is still ambiguous or obscure after this general interpretative task (Article 32 VCLT).

The definition of the term “gender” was highly disputed at the Rome Conference, with several states wanting a broad definition while several others favored a restrictive one (see, e.g., Oosterveld). The result of this debate can be seen in the compromise definition that, as just seen, starts with a restrictive part referring to two “traditional” biological sexes but then adds the part that can be seen as including socially constructed aspects of gender.

With this definition the states finally decided to “agree to disagree” and to leave the issue for the Court to decide. Thus, the drafting history does not offer any findings but does not contradict the interpretation derived from wording and context.

The Human Rights Interpretation according to Article 21(3)

It is a peculiarity of the Rome Statute that, according to its Article 21(3), the “application and interpretation of law pursuant to this article must be consistent with internationally recognized human rights, and be without any adverse distinction founded on grounds such as gender as defined in article 7, paragraph 3, […] or other status” (emphases added).

Moreover, the ICC (para. 191) has already explicitly stated that sexual orientation is a prohibited ground of adverse distinction according to Article 21(3), although it has not clarified whether it sees it as belonging to “gender” or “other status”.

The Nullum Crimen Principle according to Article 22(2)

While a human rights interpretation favors a dynamic and broad approach, international criminal law also requires that any interpretation of crimes respects the nullum crimen principle.

According to Article 22(2) of the Rome Statute, the definitions of a crime must be strictly construed, not be extended by analogy and, in case of ambiguity, be interpreted in favor of the accused. This principle is of utmost importance as an individual safeguard for the accused, but also for the judgments’ legitimacy.

The analysis has shown that persecution based on sexual orientation is a form of gender-based persecution and can be prosecuted as such by the ICC. Thus, the hope is that the Prosecutor of the ICC, Fatou Bensouda, decides to open a preliminary investigation into the situation of gender-based crimes committed by ISIS, which would hopefully lead to a case and eventually to a conviction for those crimes.

It would be the first case of such a comprehensive understanding of gender-based persecution, which does not only affect women but all persons that do not comply with restrictive gender rules, including those targeted based on their real or perceived sexual orientation, because it is seen as “abnormal.”

From a strategic point of view, the advantage of prosecuting a broad variety of gender-based form of persecution is that persons targeted based on their real or perceived sexual orientation would no longer be “singled out” and thus face further victimization: they would be recognized as being subject to the same patterns of persecutions caused by strict legal or social gender norms as other members of society.

Valérie V. Suhr is a PhD candidate and research fellow at the University of Hamburg. Her PhD thesis deals with the protection of sexual minorities through International Criminal Law, with a focus on the crime of persecution under the Rome Statute.