The German and Namibian governments seem to be about to finalize their negotiations on (the costs of) reconciliation. Several civil society actors and Ovaherero and Nama representatives criticize the procedure and want to be included in the negotiations – inter alia in a US lawsuit against Germany. The German government, however, denies that a genocide (in legal terms) occurred, referring to the principle of intertemporality in international law. What legal means are available to address violations that resulted in on-going racist repercussions in the law, and transgenerational exclusion due to the large-scale colonial transfer of wealth and power?

As part of the international conferences held in Windhoek and Swakopmund in March 2019, an interactive dance was performed: in the late twilight, an oil streetlamp barely illuminated the silhouette of a woman sitting on a stool next to a tub of water. Someone gently and slowly washed her with a sponge. Standing nearby, I am struck that the pain she experienced cannot easily be removed. In their curatorial statement, the choreographers of The Mourning Citizen wrote: “We are deeply concerned about how Namibian patriarchal nationalism has denied us the right to mourn. We hereby occupy and mourn this land.”

The land that these performers occupy is a grassy hill that leads us up to the “Alte Feste” in the center of Windhoek: a military fort German colonialists built. It is impossible to separate a huge portion of todays’ Namibian (and diaspora) population’s lack of access to land, natural resources, water, health, adequately paid work, or political participation rights, from Germany’s colonial violence.

In the second half of the 19th century, several political entities existed in the southwestern part of the African continent with defined standards on how to deal with conflict. Regulations on the use of (communal) land were in place. However, when the German settlers, traders, missionaries and military troops arrived, an “invisibilization” process of these legal standards and existing political entities began. In 1884, the German colonial protectorates were formally installed. The large-scale transfer of wealth including possession of land, natural resources, cattle and influential positions in politics and administration intensified. Such a large-scale transfer of wealth and power has increased privileges on one side, and transgenerationally excluded the other.

German jurisprudence in the late 19th and beginning of the 20th contributed in the “invisibilization” of existing legal structures and standards in the region that is Namibia today. The European concept of individual property was introduced – without recognizing that it was replacing an existing system that organized the use of land. A dual system of colonial laws was installed, which justified racial segregation. One law applied to white German nationals, while another applied to non-Germans living under German colonial rule. Sexualized violence by colonizers against non-white women seems not to have been prosecuted.

The segregation inscribed in German law during the era of European colonialism has very concrete repercussions even today. Imposing a foreign legal system on the Ovaherero, Nama, San and Damara peoples wiped out existing social standards and structures governing how they wanted to live together, how they wanted to solve emerging conflicts amongst political entities, and how they wanted to distribute their land, cattle and natural resources. The concept of racialized differentiation and superiority was a social construction. It was not a “truth” “found” outside the legal sphere. It could not successfully address injustices in legal terms, as the law reflected power. This social construction – a colonial repercussion that the processes of European colonization imposed and globalized on a large scale (in completely different ways) – needs to be deconstructed.

Regarding the German context, we can trace remnants of legal texts and thinking back to the beginning of the 20th century. The German constitution in which until today certain fundamental rights (for instance Article 8, 9, 11 or 12) are formally reserved to Germans, can be seen as an example. The German legal system and jurisprudence at the end of the 19th century evolved according to the necessities of colonialism. “Adaptations” were dragged into subsequent legal texts. So far, major voices have not called for the substantial decolonization of these remnants. We need to address and fight structural racism and racist stereotypes that the law continues to reproduce. We need to research more about how to deal with the “invisibilization” (or forced disappearance) of political entities and legal standards that enabled the large-scale transfer of wealth, and racist violence.

International law’s principle of intertemporality – A reproduction of colonial racism?

A foreign legal system shaped by German lawyers (and based on liberal and openly nationalist political theory) was imposed on the Ovaherero, Nama, Damara, San and many others. This went hand in hand with “invisibilizing” their means of dealing with conflicts and their political entities (that the international level could have seen as equal to the German state). This is not a unique feature of German colonization, but was common amongst various European colonizers. And it is a core feature of international law. Antony Anghie and other decolonialist/TWAIL scholars emphasize that the racist ascription of these people as “uncivilized” or “savages” made this possible.

Regarding international law, the forced imposition of the socially constructed “universality” of (European) international legal norms as they evolved over the 19th and 20th centuries made it less promising to continue insisting on standards, practices and customs beyond Europe that could have shaped the international legal canon and the international customary law very differently. Homogenization was made possible by the socially constructed inferiority of racialized human beings and the suppression of their knowledge (concerning not only political theory or ways of conceptualizing what could be termed “law” in a European tradition, but also for example concerning gender relations or cosmologies).

The principle of intertemporality is one of the core doctrines of contemporary international law. Article 28 of the Vienna Convention on the Law of Treaties confirms the non-retroactivity of treaties unless agreed otherwise. When deciding a case, later legal norms cannot be applied. Instead, the legal standards that were in place at the time need to be applied. This is coherent within a (hegemonic) vision of international law, as its depends on states’ willingness to be bound by it. In recent years, some exceptions have been made in cases of violating jus cogens – fundamental principles of international law – such as slavery.

The US lawsuit against the German government argues that German troops did not commit genocide in legal terms because there are not legal documents that state that the intended mass killing of thousands of (non-white) people for racist reasons constituted that crime. Two aspects are worth bearing in mind in determining the legal standards of the southwest African region in 1904. The first aspect Argentine writer Jorge Luis Borges describes in a text about a (perhaps fictitious) Chinese emperor: once he seized power, he burned all the books that could inform his “subjects” about how life was organized and structured before his empire. The second is that some authors claim that genocide was already seen (by European colonial powers and scholars) as a crime – but only if it was committed against people in Europe, not against indigenous peoples. If we are serious about applying the standards of the time a political entity committed a crime in a specific region, why do we find so few voices of the Ovaherero, Nama, Damara or San?

Could it be that we continue to be so deeply entrenched in a European perspective that even today when we pretend to apply the standards of a precise historical moment (in a neutral way), we reproduce the “invisibilization” of “other” conceptualizations of what we (from a European tradition) call legal standards? The issue at stake is complex – and so are the transgenerational consequences and racist repercussions in contemporary (international) law. Much more research is needed on how acts committed during colonialism were categorized by non-European actors.

Epistemic violence and the decolonization of knowledge

We need to know more about the complex repercussions of epistemic violence. From a legal point of view, we need to understand how to deal with the “invisibilization” of knowledge from a European perspective and tradition is categorized in political, legal, economic and “private” spheres. As Martti Koskenniemi and others have stressed, we should be aware not to strengthen European legal concepts that evolved during colonialism by ascribing the same legal concepts (that are so familiar to us) to “pre-colonial” entities. We need to think beyond these categories. Only then will we be able to decolonize our knowledge, overcome transgenerational exclusion and find ways to deal with (the ongoing) transfer of wealth and deeply entrenched racism in (international) law.

Karina Theurer is Director of the Institute for Legal Intervention at ECCHR. 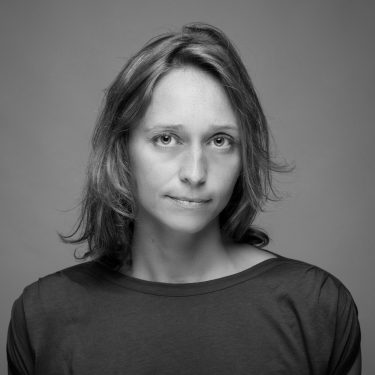 Karina Theurer is a human rights lawyer specializing in Gender, Transitional Justice and Decolonial Legal Critique. She teaches human rights enforcement at the Humboldt University in Berlin, and advises the law firm Dr. Weder, Kauta & Hoveka in the legal proceedings against the German-Namibian Joint Declaration.