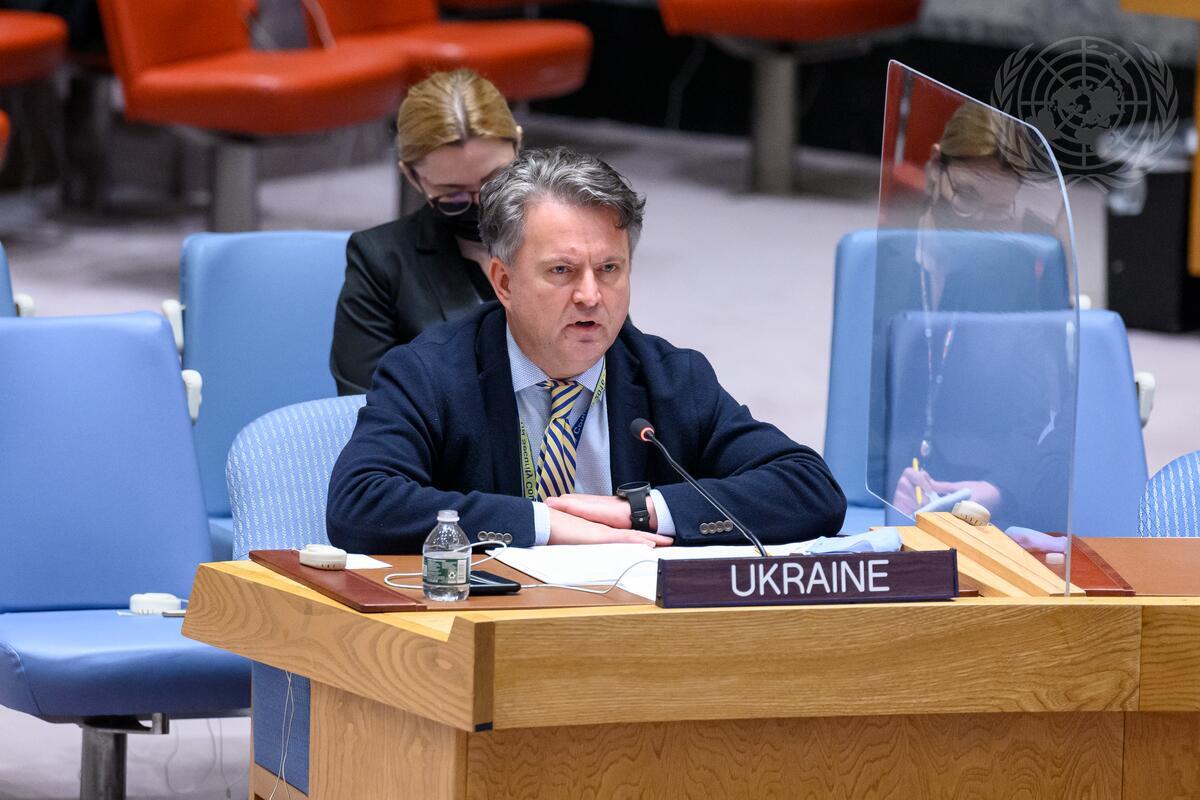 This photo of Ukrainian Permanent Representative to the UN Sergiy Kyslytsya is courtesy of the United Nations (UN Photo/Loey Felipe), under the Fair Use permission.

In the last week, we’ve seen Russia launch a full-scale invasion into Ukraine, constituting a clear breach of the prohibition on the use of force and an act of aggression. We’ve also seen Russia threaten the use of nuclear weapons and the rest of the world levy unparalleled economic sanctions against Russia. As expected, the situation came before the UN Security Council (UNSC/Security Council) and Russia promptly vetoed the resulting draft resolution. Following this Russian veto of any substantive UNSC action regarding the invasion, the Security Council then voted for the matter to be referred to the UN General Assembly (UNGA / General Assembly) in a special emergency session in line with the Uniting for Peace resolution. In this brief piece, we will first explore what happened in the Security Council and why it was relatively expected, and then turn to what we can expect from a Uniting for Peace style meeting in the General Assembly. Ultimately, while the scope for the GA to make recommendations, and take decisions and measures, in respect of international peace and security is quite broad, and can include establishing a disengagement or truce monitoring force, this authority does not extend to ‘coercive’ measures – such as a peace enforcement force – that are the province solely of the Security Council when using its Chapter VII authority.

Russia’s veto of the attempted UNSC resolution to condemn and take action against the invasion was expected. While the nuances of the arguments of international law being brought are different, the situation was functionally no different than the US and UK vetoing the UNSC resolution attempting to prevent their invasion of Iraq. While both of these situations are often characterised as a ‘failure’ of the UN, they are, in fact, the UN Charter (along with the UNSC and the entire UN system) functioning as designed. The UN Charter was drafted specifically to ensure the Permanent Members of the UNSC (P5) would remain entirely unaccountable to the UN for their conduct through the veto system. Views on the legitimacy of this structural inequality naturally vary (such as here, and here), ranging from ‘this was necessary and gives the P5 an ability to do their job’, through to ‘this is an abomination that hamstrings the UNSC from doing its job’. This debate is beyond the scope of this short piece, but regardless of the intent or consequence, the mechanism employed was to establish the P5 as permanent members of the Security Council in Article 23 and require that any non-procedural decision of the Security Council has either an affirmation or abstention from each of the permanent members in Article 27(3) (see here and here for a slightly broader discussion on this point). Ukraine has attempted to argue that Russia shouldn’t have the permanent seat that was assigned to the USSR in the Charter, but these arguments are relatively weak given the substance of the Alma Ata agreements, where the states being formed out of the former USSR agreed that Russia is a continuing state of the USSR, inter alia, in the UN.

Russia’s arguments for the validity of their invasion have been firmly rejected by the international community; however, they are not without precedent, as ongoing debates around the Second Gulf war, and the bombing of Serbia and the Kosovo operation attest. Regardless of differing views between the authors about Iraq 2003 as to whether it was a continuation of Resolution 687 (1991) as argued by the UK and the US, or an act of aggression as argued by France, Russia, and China, the current situation is structurally similar in scope of debate. In essence, Russia’s arguments are that it recognises the statehood of Donetsk and Luhansk, and is acting at their request in a form of collective self-defence. Noting that these are bad arguments with very little substance, they are nevertheless reminiscent of arguments other states have employed to justify interventions, and invasions, in support of unilaterally proclaimed, but – apart from the sponsor – otherwise un-recognised, ‘states’; Northern Cyprus, for example. Russia here is making that same argument – framing Donetsk and Luhansk as oppressed peoples in a contested land to which they are providing aid. Following from this argument, they are arguing that their military activity is not an act of aggression in breach of the Charter, but rather an act of collective self-defence in accordance with Article 51 and their obligation to prevent a genocide under Article 1 of the Genocide Convention (of which, it should be noted, there is no evidence). Indeed, the Ukraine has just submitted a Genocide Convention interpretation dispute to the ICJ.

This brings us to the Security Council referral of the matter to the General Assembly because of Russia’s highly predictable veto on a substantive resolution in the Security Council. While Russia did vote against this referral, because it classified as a procedural matter it didn’t possess the ability to outright veto the resolution (by virtue of Article 27 (2)). The special emergency session of the General assembly will likely take place on Wednesday 2 March (US EST). The question before us is: what will this General Assembly session and potential resolution look like?

The ‘Uniting for Peace’ resolution (377(V), 1950) essentially provides that where the UNSC is deadlocked on an issue of international peace and security because of a P5 veto, the GA can meet in ‘emergency session’ to consider and take action on the matter: ‘if the Security Council, because of lack of unanimity of the permanent members, fails to exercise its primary responsibility for the maintenance of international peace … the General Assembly shall consider the matter immediately with a view to making appropriate recommendations to Members for collective measures, including in the case of a breach of the peace or act of aggression the use of armed force when necessary, to maintain or restore international peace and security…’.

The Ukraine-focussed emergency session will be (on most counts) the 11th, noting that a prior emergency session (relating to ‘the Question of Palestine’) is periodically ongoing. What sorts of conflict management or mitigation actions can the GA take when using this Uniting for Peace authority? An indicative list would include calling for an ICJ advisory opinion on a matter – as with the Palestine Wall Advisory Opinion in 2003. This can be a powerful and significant action, but can take quite some time to reach fruition. Another action within the GA’s scope is to allocate funds from the UN budget towards mitigation measures, or to call for additional funds to be directed towards a specific conflict situation fund (as with the Congo in 1960). Similarly, the GA can establish investigative mechanisms (as with the intervention into Hungary in 1956), and call for ceasefires and withdrawals (as with Afghanistan-USSR in 1980). Calling upon states to implement sanctions is certainly evidenced in GA practice (Palestine question).

The high-water mark of the GA’s powers in respect of international peace and security – the sharpest tool permissible to the GA – is probably the establishment and deployment of a UN disengagement and supervising force, as with UNEF I in 1956 during the Suez crisis. It is clearly possible, for example, for the GA to create a UNEF-style force to monitor any truce or disengagement arrangements that might be negotiated between Ukraine and Russia. And while this tool has only been (and arguably can only be) used where the territorial state has consented (as Egypt did for UNEF I) – as a matter of law, it would only be Ukraine’s consent to the presence of the force that really mattered. However, as noted, this power has been limited to disengagement supervision type operations, which – as a matter of practicality – assumes a level of concurrence by the other party to the presence of the monitoring force. That is, the GA has not to date used the Uniting for Peace mandate to send in a peace enforcement force, and, arguably, could not at any rate authorise such a force.

This conclusion would at first glance seem to be contra the Uniting for Peace resolution itself, as extracted above, which refers to an authority to undertake ‘collective measures, including in the case of a breach of the peace or act of aggression the use of armed force when necessary’. This is clearly the situation in Ukraine, and this language reflects the origins of the Uniting for Peace resolution as, inter alia, a plan for overcoming anticipated Soviet vetoes over future UNSC resolutions concerning the UN force in Korea, considering that the UN Command in Korea was most certainly a warfighting force. However, as subsequent developments clearly indicate, this apparent authority must be read down into compliance with the Charter’s clear and exclusive allocation to the UNSC of the ability to take such ‘coercive action’. As the ICJ noted in the Certain Expenses Advisory Opinion in 1962 (ostensibly about the GA’s power to allocate funds to the ONUC operation in the Congo), an integrated reading of UN Charter articles 11(2), 14, 17, 18, 22, 24, and 43 is that while the GA does have international peace and security powers, and can take ‘measures’ and make ‘decisions’ in that regard, it cannot authorise enforcement : ‘Thus while it is the Security Council which, exclusively, may order coercive action, the functions and powers conferred by the Charter on the General Assembly are not confined to discussion, consideration, the initiation of studies and the making of recommendations; they are not merely hortatory’ (p163).

What does this all mean for the Ukraine-Russia Emergency Session? First, the GA can and likely will take some action in relation to recommending sanctions, and funding mitigation and (hopefully soon to commence) recovery measures. The GA may also take some commission of inquiry establishment type action, although the fact that the ICC is already engaged may reduce GA member state appetite for this option. It is possible the GA might also commit to establishing, funding, and (eventually) deploying a UNEF-style truce monitoring force (anticipating that Ukraine, as the territorial state, would agree to this), but the actual deployment of any such force would be contingent upon there being some sort of ceasefire to observe. It is also probable that other, new, measures and actions might be proposed and supported, such that this Emergency Session makes available new tools under the Uniting for Peace banner. However, unless the GA traverses really significant new ground, it is unlikely – and arguably not within jurisdiction at any rate – that the GA could or would rise beyond the current high-water mark of its Uniting for Peace measures by seeking to establish and deploy a peace enforcement operation. Doing so would present an unprecedented challenge for the GA in terms of negotiating, legitimating, legally justifying, resourcing, and then seeing such a ‘measure’ through to implementation. 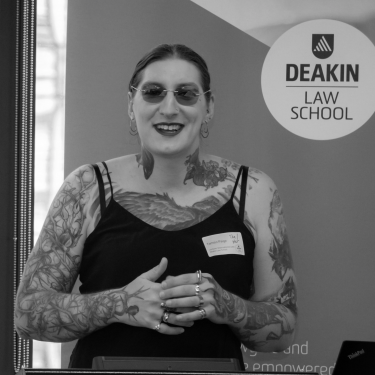 Dr Tamsin Phillipa Paige is a Senior Lecturer in International Law and Legal Ethics with Deakin Law School in Melbourne. Her work looks at the application and impact of law in society with a focus on security studies and the UN Security Council. 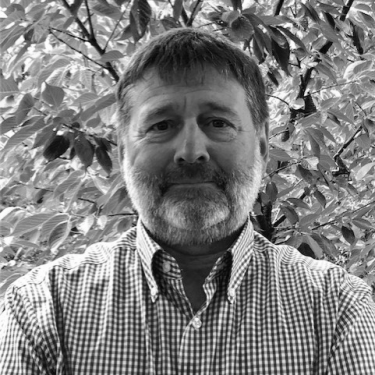