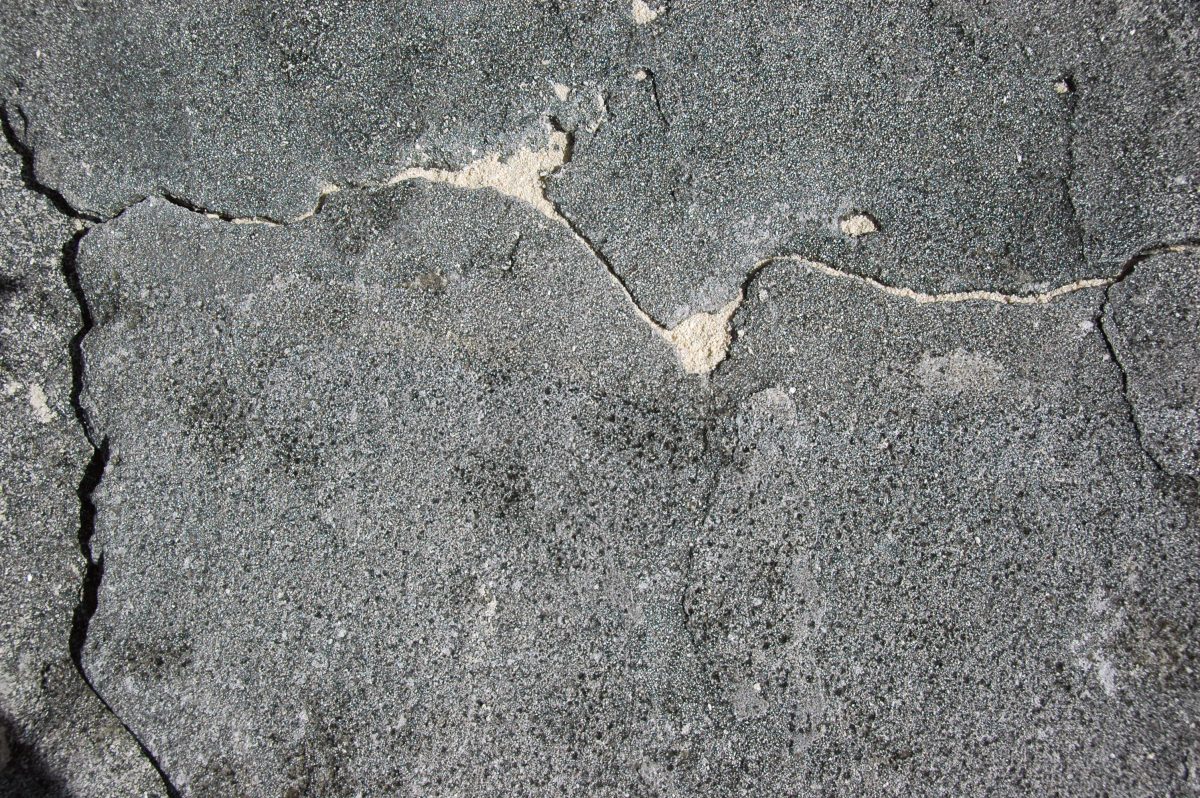 On Ceasefire Agreements and (Counter)Offensives

On September 13th 2022, hostilities broke out once again along the border between Azerbaijan and Armenia in connection with the long-lasting dispute for Nagorno-Karabakh. Reports estimate that heavy artillery shelling and drone strikes have killed nearly two hundred servicemen from both sides in just a few days. While each side claimed to be merely responding to provocations started by its neighbor (here and here), an all-too-familiar excuse for those following the conflict, one can only affirm with certainty that it was the deadliest violation so far of the ceasefire agreement between Azerbaijan and Armenia brokered by Russia in October 2020, which put an end to the so-called Second Nagorno-Karabakh War.

The military developments of 2020 resulted in Azerbaijan recovering roughly seventy five percent of the territory previously detained by Armenia and the Armenian-backed (and arguably Armenian-controlled) unrecognized Republic of Artsakh in and around Nagorno-Karabakh. It is widely speculated that if Azerbaijan had not yielded to ceasefire pressures, it could have quickly retaken the entirety of its claimed occupied territories by virtue of an astonishing military superiority in respect of the opposing belligerents. In fact, Armenia’s international security has been heavily reliant on Russian patronage since the end of the Soviet Union, and this situation is currently evidenced by the former’s membership in the Collective Security Treaty Organization and the presence of a Russian military contingent guarding the armistice lines laid out by the 2020 Ceasefire Agreement (Article 4). But as we know, Russia’s attention and resources are now focused elsewhere, and the latest events may create an inviting pretext for the Azeri leadership to craft a favorable narrative and seize the window of opportunity to settle the remaining twenty five percent of unfinished business.

As the agreed legal framework now faces high stakes, in this blogpost I elaborate on the relevance of ceasefire agreements as fundamental checkpoints for territorial disputes, as they proscribe the resumption of even initially lawful uses of force, such as self-defense in recovering one’s occupied territories. Reflecting on the present Armenia-Azerbaijan conflict, all its peculiarities notwithstanding, is an exercise that gives us a hint of what the legal scenario may be in the future for another ongoing conflict, the Russo-Ukrainian War.

Originally conceived in Chapter V of the 1907 Hague Regulations as an instrument to bring about a temporary suspension of hostilities between belligerents under the law of armed conflict, the normative dimension of ceasefire agreements has since evolved through State practice, distancing the concept from the precariousness of a mere truce. As Dinstein argues, a contemporary ceasefire agreement “divests the parties of the right to renew military operations” and hence terminates the state of war (para. 3), even though it does not introduce peace in the full extension of the term, as questions of title to territorial sovereignty remain outstanding.

By ending the state of war, a ceasefire agreement effectively brings to a halt the exercise of a hypothetical right of self-defense supported by the jus ad bellum that might have been at play in the recovery of occupied territories. When the parties to a conflict reach a ceasefire agreement, the absence of an impending harm frustrates the ratione temporis requirement of immediacy in self-defense, generally accepted in doctrine (pp.22-25, pp.765-767, p.99) as a feature of the broader requirement of necessity in lawful uses of force, pursuant to Article 51 of the UN Charter. Consequently, through a ceasefire agreement all participants of an armed conflict take upon themselves the obligation not to resume their respective campaigns. This, of course, if one adheres to the majoritarian view recently articulated by Ruys and Silvestre that international law acknowledges no such thing as a “continuous aggression” in scenarios of stabilized unlawful occupation that would authorize the wronged State to pursue non-immediate self-defense, reserving itself the right to start a future campaign to recover a territory over which it allegedly holds good title whenever the initiative becomes feasible and/or convenient (contra Akande, Tzanakopoulos).

In other words, a ceasefire agreement creates a new objective status quo that pushes all belligerents back into compliance with the principle of non-use of force in international relations, particularly in settling territorial disputes as expressed in Articles 1(1) and 2(3) of the UN Charter. The right to resume hostilities upon a ceasefire or armistice agreement that existed previously under Article 36 of the 1907 Hague Regulations was proscribed with the developments that followed the introduction of the UN Charter, as such a course of action became incompatible with the Article 2(4) prohibition (p.45). This logic largely obliterates the distinction between ceasefire agreements with an indeterminate duration and those having a precise one, as no authorization to resume military action can be generally derived from either one at the present stage of evolution of international law. It is true, however, that the specific terms of an agreement belonging to the latter category may instead be indicative of a quick truce for humanitarian reasons or otherwise. An in-depth discussion of the differentiation criteria and legal effects is better elaborated elsewhere (pp.707-709).

The spatial dimension of an interstate ceasefire agreement is naturally determined by the armistice lines or international lines of demarcation that it creates. Even if the function of such lines is transitional, they “fulfill the same functions as a final State boundary” (para. 1) during their existence and must be differentiated from de facto lines of military contact that only imply the end of military control by one group and the beginning of it for another. In the case of the 2020 agreement between Azerbaijan and Armenia, such dimension was defined by the positions respectively held by each side in the very day the deal was struck, as evidenced by Article 1, which elevated factual military front lines to armistice or international lines of demarcation. The fifth paragraph of Principle I, UNGA Resolution 2625 (XXV), known as the Friendly Relations Declaration, an authoritative repository of international law principles, imposes on every State “the duty to refrain from the threat or use of force to violate international lines of demarcation, such as armistice lines, established by or pursuant to an international agreement to which it is a party or which it is otherwise bound to respect”. In this sense, an agreement creating such lines can be said to confer stability on territorial disputes.

Furthermore, it is important to underscore that contemporary changes in territorial sovereignty can, by default, only take place with the expression of genuine consent by the title holder, given for example in an instrument of cession or as part of a peace treaty containing an overarching settlement for an armed conflict (p.29-41). Therefore, even if considerable lengths of time elapse for a territory under unlawful occupation, this feature alone is not capable of causing changes in sovereignty according to the principle ex injuria jus non oritur (p.235-262). Similarly, in scenarios where the historical line of transmission of a given title is not clear, State activity and possession within the limits established by the demarcation lines cannot be construed as interpretive or suppletive effectivités favoring any side (Burkina Faso v. Mali, para. 63), as they would be clearly taking place under the negotiated legal framework and after the critical date of the dispute. It is in this sense that the remainder of the aforementioned fifth paragraph of the Resolution states that “nothing in the foregoing shall be construed as prejudicing the positions of the parties concerned with regard to the status and effects of such lines under their special regimes or as affecting their temporary character”.

The Inescapable Duty to Settle Territorial Disputes by Peaceful Means

Principle I, paragraphs three and four of the Friendly Relations Declaration, determines that States “have the duty to refrain from propaganda for wars of aggression” and complements Article 2(3) of the UN Charter by stating that “every State has the duty to refrain from the threat or use of force (…) as a means of solving international disputes, including territorial disputes and problems concerning frontiers of States”, making an imperative case for the peaceful settlement of territorial disputes.

In line with the argued above, this duty only satisfactorily protects the integrity of the UN Charter if it operates regardless of the existence and attribution of a title to territorial sovereignty, as any exceptions would unjustifiably impair the normative reach of Article 2(4). As the Ethiopia-Eritrea Claims Commission teaches us in its celebrated Partial Award on Jus Ad Bellum: “(…) border disputes between states are so frequent that any exception to the prohibition of the threat or use of force for territory that is allegedly occupied unlawfully would create a large and dangerous hole in a fundamental rule of international law” (Merits, para. 10).

Going down the rabbit hole of historical records to assess which party to a territorial dispute would “inherit” a dormant right to return an attack and retake territory whenever it pleases does not seem to be in line with the normative landscape imposed by contemporary ceasefire agreements and overall lawful uses of force. There is no reasonable alternative to avoid subjectivity in these matters other than a cooperative or adversarial procedure informed by the duty to settle disputes by peaceful means. Neither Armenia nor Azerbaijan can lawfully change the situation on the ground established by the 2020 ceasefire agreement out of their own exclusive initiatives.

A Word of Caution for Ukraine

Transporting the above considerations across the Black Sea now, I understand that the Azeri temptations we are witnessing in connection with the Nagorno-Karabakh dispute may very well be those of Ukraine in the not-so-distant future. As of this date, the Ukrainian counteroffensive has been a textbook example of proportional and necessary self-defense in timely repelling the aggressor and recovering occupied territories, with a particularly impressive efficiency and coordination. But as the winter looms over and the counteroffensive approaches the strongly held Oblasts of Donetsk, Kherson and Luhansk, as well as Crimea, and the human exhaustion and financial costs of war take a toll on both sides, talks of a ceasefire agreement might reappear. If that is the case and a ceasefire is reached, I understand that Ukraine will not be allowed to resume its counteroffensive beyond the agreed international line of demarcation even if it assesses down the road that the military odds are again on its side. That is so even if Ukraine was admittedly the target of an aggression in the first place.

The once counteroffensive would then be plainly converted into an unlawful offensive, and as the saying goes, two wrongs don’t make a right. For as utopian as it sounds at present, Russia and Ukraine will likely have to resolve their dispute by peaceful means when time is right, bearing in mind that any stabilized Russian occupation we may witness by virtue of a ceasefire agreement ultimately has no effect on the question of who truly holds the title to territorial sovereignty over the war-torn lands. In any event, it is important that Ukraine considers the legal impact of a ceasefire agreement in all its dimensions and that it negotiates its terms carefully if matters move in this direction. Once arms are laid down, they are laid down for good if no novel just cause comes into play. Until then, it is perhaps wise for Ukraine to make all possible advances on the ground while the law of self-defense is unequivocally on its side. 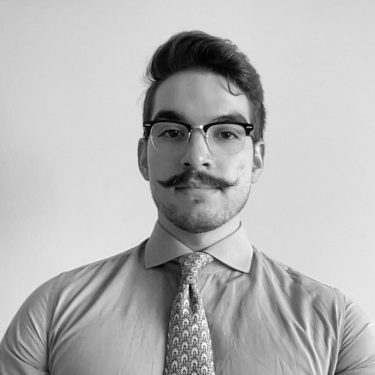