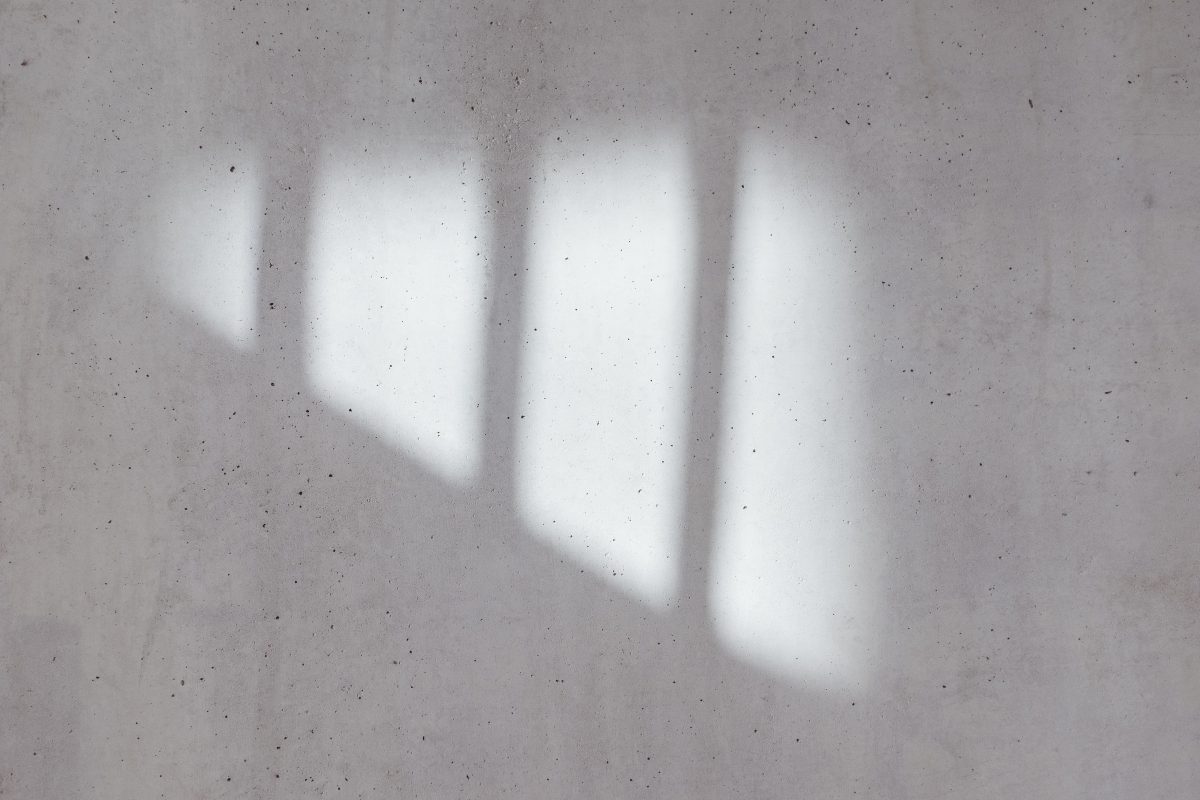 Photo by Bernard Hermant on Unsplash.

Neither Neutral nor Party to the Conflict?

On the Legal Assessment of Arms Supplies to Ukraine

Russia’s attack on Ukraine marks a profound turning point in Germany’s foreign and security policy. For the first time, Germany supplies weapons to a party to an armed conflict. At the same time, military spending will be increased significantly, and even the reintroduction of compulsory military service is being discussed. Whether the war will also lead to a paradigm shift in international law is less clear. The relevant rules of international peace and conflict law have been flagrantly violated by Russia. However, their validity is not questioned by the international community, as the UN General Assembly resolution of 1 March 2022 impressively demonstrated. However, an old sub-field of international humanitarian law is experiencing a renaissance with the question of whether Germany is violating the neutrality requirement by supplying arms to Ukraine.

For a country like Germany, which for historical reasons has so far refrained from supplying arms to parties to an open armed conflict – but which is nonetheless the world’s fourth-largest arms supplier – the question of how to assess military support for warring parties under international law arises for the first time in the context of the current war in Ukraine. While some try to reconcile arms deliveries and the neutrality requirement with the help of the concept of “qualified neutrality” or by referring to “moral-philosophical” arguments, others do not want to attach any importance to the law of neutrality in the current case. In this post, I develop an argumentation based on positive law focussing on the categorical distinction between unlawful and lawful use of force and taking into account the functions of both the UN Charter and international humanitarian law.

The Law of Neutrality: Foundations and Function

The essence of both conventions is that a neutral state, i.e. a state not involved in an armed conflict, may not make its territory available to support one of the parties. Despite certain ambiguities in the text, the supply of arms and ammunition to a party to a conflict is also considered a violation of the obligation of neutrality. Whether and to what extent these rules also (continue to) apply under customary law is debatable, but need not matter in view of the clear starting position under treaty law.

However, it must be asked whether the Hague Conventions, despite their continued formal status as applicable treaty law, can still claim validity today. First, it is conceivable that the rules have become invalid due to non-use or new customary law (so-called desuetudo). However, the conditions under which a treaty loses its validity under customary law are disputed. It is true that the Fifth Hague Convention currently has only 34 contracting parties, most of whom acceded at the beginning of the 20th century. However, there were some accessions after World War II and even one accession after 1990: Ukraine joined the treaty in 2015. For this reason alone, it cannot be argued that the convention lost validity.

However, when thinking about the law of neutrality today, the historical background of its emergence must be taken into account: At the beginning of the 20th century, war was not yet legally outlawed as a means of international relations. There was a largely unrestricted ius ad bellum. In addition to the humanitarian goals of the international law of war, it was primarily a matter of ordering legal positions in view of the fundamentally “lawless” possibility of resorting to military force. In this respect, it was (also) necessary to regulate who was involved in an armed conflict in the legal sense and who was neutral, and what legal consequences resulted from this. Against this background, it seemed sensible to subject the participation of states in conflicts to a regime in which they were either neutral or party to the conflict.

From ius ad bellum to ius contra bellum: The Significance of the Prohibition of the Use of Force for the Right of Neutrality

The prohibition of the use of force, which was established by the Kellogg-Briand Pact and is now firmly anchored in Art. 2 (4) of the UN Charter and in customary law, has fundamentally changed the legal situation dating from before World War I. The fundamental norm of peace and security law now no longer concerns the question of who is involved in a conflict, but whether the use of force is unlawful or exceptionally lawful. International law on armed conflicts no longer seeks to regulate forms of participation, but rather to legally evaluate the exercise of armed force.

The use of force is lawful if it has been mandated or authorized by the UN Security Council. Apart from UN peacekeeping missions, this was most recently the case in 2011, when the Security Council allowed UN members to use “all necessary means” against Libya to protect civilians from attacks by the Libyan government. It is likely that this was the last UN Security Council decision with such a mandate for a long time. The second justification is therefore likely to become even more important in the future: the right of self-defense. According to this, military force can be justified if it is used for the purpose of self-defense. Under charter and customary law, both individual and collective self-defense are justified.

There is no question that since 24 February 2022, Russia has been conducting an unjustifiable armed attack that meets all the characteristics of the 1974 Definition of Aggression. Ukraine is thus entitled to the “inherent” (Art. 51 UN Charter) right of self-defense. At the same time, all states that support Ukraine in its defense against the Russian attack with armed force could also invoke the right of self-defense if Ukraine had asked for their support. Such a use of military force would thus be lawful and cannot entail reprisals, as the International Law Commission has stated in Article 21 of the Draft Articles on State Responsibility. This justification prevails over other obligations under international law.

The question now arises as to why this should not apply if a third state does not itself intervene on the side of the defending state, but “merely” supports it with weapons. If one were to regard the “mere” supply of weapons as a violation of the neutrality requirement and thus as contrary to international law, this would lead to a contradiction of values: The state intervening more strongly in the conflict would be acting lawfully, while the state intervening less strongly would be acting unlawfully. Such a view would also create an incentive to participate directly in a conflict. It will therefore be possible to regard the supply of arms to the defending state as a “minus” compared with active participation and therefore also as justified.

Conversely, the – possibly formerly neutral – state that supports the aggressor with arms deliveries and otherwise either becomes an aggressor itself according to Art. 3 lit. f) of the Definition of Aggression if it makes its territory available for carrying out the aggression, or commits aiding and abetting aggression in the sense of 16 of the Draft Articles on State Responsibility. These legal assessments also override the violation of the neutrality requirement.

The a maiore ad minus conclusion developed above faces two weighty counter-arguments: first, one might object, it blurs the strict distinction between ius ad bellum (the law of prevention and justification of force) and ius in bello, which also protects the aggressor regardless of the legality of the use of force. However, this principle must be guided by the main protective purpose of international humanitarian law after 1949: The protection of those particularly affected by military force (wounded, prisoners, civilians) and not the qualification of states as participants in a conflict. Even if one justifies the violation of the formally applicable duty of neutrality by recourse to the right of self-defense, this does not lead to a reduction of the principles of treaty and customary humanitarian law as it developed after 1949.

A second, perhaps more substantial, objection concerns the danger of escalation of armed violence that the law of neutrality is designed to counter. Arms supplies and other assistance are intended to support one side and thereby enhance its military capabilities. This can lead to a prolongation of the conflict and thus, in effect, to its escalation. Moreover, there is a risk that the aggressor will respond with further – but in this case again unjustified – violence. From a legal point of view, however, the argument developed here does not increase the risk of escalation. Arms deliveries are only justified if they support the legitimately defending state. The fact that in recent decades states have repeatedly invoked the right of self-defense unjustly is not a valid objection: The state providing support bears the risk of providing support in violation of international law itself. That this is low in such clear-cut cases as the Ukraine war is obvious. In this respect, a clear assessment by the General Assembly is also likely to play a significant role in such cases. Moreover, the view here leads to the conclusion that the state that wishes to support a self-defending state in a manner that is in conformity with international law is not limited to active participation in the conflict.

When is a State Party to a Conflict in the Sense of International Humanitarian Law?

The question of when a state is a party to a conflict within the meaning of international humanitarian law should also not be answered by recourse to the law of neutrality. Rather, the rules of the Geneva Conventions and their Additional Protocols apply. According to these, a state is a party to a conflict if a person participates in a conflict by armed force and this behavior can be attributed to the state in question. The applicable humanitarian law focuses on who is acting and to whom this action can be attributed – also and especially for the difficult questions of demarcation regarding the participation of civilians in a conflict. In this respect, the state that supplies weapons but whose personnel provide advice and assistance in the use of the weapons can also become a party to the conflict in this sense.

In conclusion, it can be stated: If one still considers the law of neutrality to be applicable, Germany may have violated the neutrality requirement by supplying arms to Ukraine. However, this violation is not an offense under international law that would entitle Russia to reprisals. Rather, arms deliveries are justified as a less drastic measure than open participation in the conflict, analogous to the right to collective self-defense. Nevertheless, Germany does not become a party to the conflict in the sense of international humanitarian law as long as no military force attributable to Germany is exercised in the Ukraine war. In this respect, Germany is justifiably not neutral in the war, but it is not a party to the conflict either. 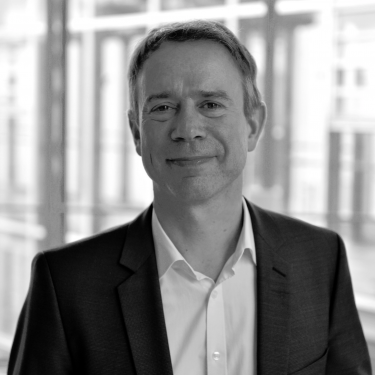 Markus Krajewski teaches public law and international law at Friedrich-Alexander-University Erlangen-Nürnberg. He chairs the Board of Trustees of the German Institute for Human Rights and is Secretary General of the German Branch of the International Law Association.