Nature as a bearer of rights – a legal construction in pursuit for better environmental protection?

The World Climate Conference (COP 23), held in Bonn, Germany, has ended on November 17th and some of its key outcomes seem to be auspicious (e.g. the coal phase-out promoted by some states). Yet, one of the most dividing points in international environmental law has remained untouched: whether – when considering environmental rights and obligations – nature should be the carrier of rights and thus be protected for the sake of itself (so called ecocentric approach), or whether its protection serve only as a prerequisite for the enjoyment of human rights such as the right to life or to health (anthropocentric or human-centred approach). International agreements, such as the 1972 Stockholm Declaration positioned themselves quite clearly: “‘Man is both creature and moulder of his environment […] Both aspects of man’s environment, the natural and the man-made, are essential to his well-being and to the enjoyment of basic human rights the right to life itself’. While avoiding such explicit statement on the status of human beings, subsequent agreements, including the Paris Agreement that recently entered into force, do not intend to change the system fundamentally.

Nature as a legal entity

However, a growing number of national governments, the Pope, and scholars have affiliated themselves to a more ecocentric approach (in international environmental law) and abandoned the view that the human being is superior to its surroundings. Accordingly, humans should respect not only the intrinsic value of fellow humans but also the intrinsic value of other fellow beings (animals, plants, ecosystems). Just consider this recent statement:“It is the human populations that are interdependent of the natural world – and not the opposite – and that they must assume the consequences of their actions and omissions with nature. ”What might sound like an environmentalist’s statement is actually an excerpt of a newer judgment by the Colombian Constitutional Court, issued in May of 2017. The court granted the Atrato river the rights to be protected, maintained, conserved, and restored.

The Colombian Court is thus in line with a series of recent developments. In 2008, Ecuador became the first country worldwide that granted “Pachamama” (Quechua for Mother Earth) constitutional rights. Bolivia followed in 2011 by protecting seven aspects of Mother Earth, inter alia the right to life and its existence, the right to continue vital cycles and processes free from human alteration and the right not to be polluted. The Bolivian law defines Mother Earth as the dynamic living system conformed by the indivisible community of all life systems and living beings, including plants, animals, micro-organisms and finally, human beings. In juridical means, nature is a collective subject of public interest. Furthermore, it entitles all humans to exercise those rights. Ecuador’s constitution provides a similar provision empowering the population (therefore everybody – individuals, communities, peoples, and nations) to call upon the authorities to enforce the rights of nature. In March 2017, a river in New Zealand was granted legal personality, with all the corresponding rights, duties and liabilities, after a local tribe fought for its recognition. The outcome has to be seen in the context of its status as an ancestor in indigenous Maori tradition, and that granting the river rights was not because the Maori wanted to try a new approach to thrive for better environmental protection but because of its status in Maori tradition, custom and practice. However, the success of this case got the ball running: in India, the Ganges and Yamuna were granted the status as living entities in March 2017. In July of the same year, India’s Supreme Court adopted the local government’s view according to which the status as a living entity would be unpractical, and thus overruled the High Court in Uttarakhand state. However, the same court continuously granted this status to forest, lakes, and glaciers. And for the first time in the U.S., a lawsuit has been filed in the name of an ecosystem to defend a local watershed against being fracked.

Nature as a legal entity: beneficiary for humans?

With more states considering to add a human right to a healthy environment and more municipal communities taking into account the different perspective of indigenous people towards nature and the intrinsic value it possesses to them, a slight moral and ethical shift from nature being inferior to human beings to the recognition of an intrinsic value of nature itself and its fellows, among them humans, can be noticed. If nature were understood as a subject holding rights, its pollution would affect the population as if it were a violation of their own rights. This goes further than just using nature as a prerequisite for humans’ own well being. Instead, being able to claim a violation of nature’s rights in court would enable humans to protect nature for itself. As humans are an integral part of the biosphere, the infringement on nature’s rights would also constitute a violation of their rights. This becomes clear in case of the Whanganui river in New Zealand after the court’s decision: Now, no legal distinction is made anymore between harming the river or the Maori tribe. “The approach of granting legal personality to a river is unique. Te Awa Tupua will have its own legal identity with all the corresponding rights, duties and liabilities of a legal person”, New Zealand’s attorney-general stated. The river will be represented by two appointees: one nominated by the Iwi (the local Maori) tribe and one nominated by the Crown.

Nature as a recognized limitation on human’s rights?

Nonetheless, granting nature own rights may lead to limitations of other human rights. It is conceivable that in some cases nature’s rights and human rights might conflict. A judgment of the Constitutional Court of Ecuador made clear that it takes the rights of nature rather seriously. In a case of illegal mining, the Coordinador de la Agencia de Regulación y Control Minero (ARCOM) filed a lawsuit claiming that the owners of the mine violated nature’s rights. The Court limited the constitutionally granted right to work and property in order to not affect nature’s rights by the miner’s activities. It stated that constitutional rights are not granted absolutely and can be limited by other constitutional rights. The closing of the mine was considered a legal and adequate measure to balance the constitutional interests. Furthermore, it ordered nature’s restoration. In this case, nature’s rights were placed above the human’s right to work laid down in Art. 35 of the Ecuadorian Constitution. In addition to the limitations humans may face through nature becoming a legal entity, the case shows the benefits of the concept of granting nature rights. Since no other humans had been affected by illegal mining, without nature having its own rights it would have been difficult to establish the violation of other constitutional rights that could have limited the activities and would have led to the closing down of the mine. In another case, an American couple with riverside property sued in the name of nature an Ecuadorian municipality when it planned a road project which would have deposit large quantities of rock and excavation material into the Vilcabamba river. In conclusion, granting nature rights could allow litigators around the world fighting environmental pollution and especially climate change more effectively by overcoming the obstacles of legal standing and individual concern. Arve Hansen doubts that any COP organized in the future will solve the problem of global warming when there is no fundamental change in the way how nature is seen and valued: “If we continue along the path where only humans have intrinsic worth, we are bound to destroy everything on which we depend to survive on earth.”

Manuela Niehaus is a PhD candidate and research fellow at the University of Hamburg. 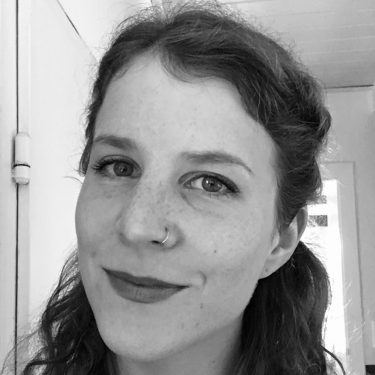 Manuela Niehaus is a joint PhD candidate in International Environmental Law at the University of Hamburg and Macquarie University Sydney. She is a research assistant at the Institute for International Affairs Hamburg (Chair of European and International Law) and a legal trainee with the Higher Regional Court of Hamburg.