More than just a scientific report

In May 2019, headlines worldwide suddenly became concerned with biodiversity. News sites and journals all quoted a report from the United Nations and its alarming conclusions that a million species could go extinct in the near future. In other terms, approximately one out of eight species, both plant and animal, is threatened with extinction. This massive extinction will be accompanied by a global ecosystem collapse and the consequent loss of countless natural services on which we rely. As serious as this fact is for our future, it nevertheless promptly left the front stage as the news cycle continued on.

The purpose of this entry is to offer a different account of this “UN report”. Not one that focuses on its content, but rather on its form. This report was issued by a young international institution – the Intergovernmental Science-Policy Platform for Biodiversity and Ecosystem Services (IPBES) – which relied on a remarkable set of procedures to draft this document. The origins of this report are what set it apart from other similar initiatives and why we should pay closer attention to it. Also, while this document does portray a worrying state of biodiversity worldwide, it also contains innovative solutions that were often not mentioned.

A new international body at work: How IPBES synthesizes knowledge and identifies urgent knowledge gaps in the field of biodiversity

The IPBES was established in 2012 after seven difficult years of negotiation. The idea to have such an institution emerged after the completion of the Millennium Ecosystem Assessment (MEA) in 2005. The MEA, elaborated thanks to the international collaboration of hundreds of experts, offered a detailed account of the state of ecosystem services worldwide and had a significant impact of the global governance of biodiversity. Following its release, the idea was then to reiterate this type of assessment on a regular basis. This type of endeavour would be an asset for the governance of biodiversity and ecosystem services as there was at the time no central institution capable of synthesizing the available knowledge on this topic and identifying knowledge gaps. This lacuna was made even starker by the existence of the Nobel winning International Panel on Climate Change (IPCC) whose work is essential for the evolution of the climate regime. The IPCC logically became an explicit model for the future IPBES as the discussions for its creation went on. On the 21st of April 2012, in Panama, the IPBES finally became a reality.

Though the media sometimes referred to the IPBES as a UN Body, the actual situation is more ambiguous. The IPBES is an international institution with no international legal personality. It is also explicitly distinct from the United Nations. However, the administration of its secretariat is shared between bodies of the UN, such as UN Environment and the UN Development Programme, and other relevant international organizations (the Food and Agriculture Organization and UNESCO). The membership of the Platform is exclusively open to states (132 as of the 31th of August 2019) while the observer status is open to a wide range of relevant non-state actors. All decisions taken by the IPBES have to be unanimously agreed by its members during its yearly plenary sessions. The state-centred composition of the IPBES and its focus on consensus are important to understand why its reports are not just scientific documents and have a broader legal and political relevance.

Assessments are one of the main outputs of the Platform. The creation of these reports follows a precise process, spanning over several years, that involves states throughout its different stages. Firstly, the topics of the assessments are determined by synthesizing states’ and observers’ requests to the Platform. The members of the IPBES are the ones to decide what will be the focus of the Platform according to their needs and interests. Once a topic is agreed upon by the members during the plenary session of the Platform, the drafting process begins. Firstly, state nominated experts will establish a general outline for the report. Once this outline is adopted (also during a plenary), the writing process begins. Experts are nominated by governments and stakeholders and selected by the IPBES which have to respect a precise balance in favour of government nominated experts (80% of experts involved in an assessment have to be nominated by governments). These experts then write a first version of the assessment and submit it to external peer review. After the review, the second version of the report is written along with a summary for policy makers, the most crucial part of the assessment. The new report and the summary are then submitted to comments by governments and stakeholders. After this phase, the report and its summary are modified accordingly and are finally submitted to adoption to the members during the plenary. It is important to keep in mind that though the reports are made by international groups of experts, the members of the Platform remain involved throughout the process. They are the ones who nominate most of the experts, and they have the possibility to comment on every version of the report.

During the plenary, the members have to approve an extensive environmental assessment, often several hundred pages long, and to adopt a shorter summary for policy makers (SPM) of a few dozens of pages, that contains all of the key messages of the report. The SPM is negotiated word by word by all of the members of the Platform, under the supervision of the experts who were in charge of the report. The rationale is that members are free to change the wording of the SPM as long as it does not contradict the findings in the extensive report. This can lead to intense debate of the choice of certain words or the deletion of sentences, especially when dealing with sensitive content such as the rights of indigenous people and local communities.

Reports as political and scientific consensus

The report adopted in May 2019 is thus the result of a complex negotiation process where no step could be taken without unanimity among the members of the Platform. In a sense, this report represents a global interstate consensus on the state of biodiversity and ecosystem services. Its adoption echoes the process that one could witness for the adoption of an international treaty. It is not simply a scientific study synthesizing the available knowledge, it also has a clear political nature as a hybrid document claiming simultaneously both scientific and political legitimacy. For instance, the very nature of the process leading to the adoption of the document makes it difficult for any member state to contradict its findings. A state agreeing on the harmful nature of certain practices would be hard pressed to then plead in good faith that they are not.

This also means that such a report can contribute to pushing states to act in a certain way, or at least provide civil society with powerful arguments for green lobbying. For instance, the report stresses without ambiguity the relevance of nature-based solutions as cost-effective way to meet Sustainable Development Goals in cities worldwide. It also indicates that the current global economic paradigm has to change if we hope to divert the grim environmental path we are following today.

In conclusion, we should not brush off this report as yet another apocalyptic environmental prophecy we so often see. It was the result of consensus building between the scientific community and member states and contains workable solutions that need to be known and implemented. It should be read by all concerned with the current environmental crisis. At a time where the global contestation against state inactivity is growing, this document can be a valuable tool for this purpose.

Guillaume Futhazar is a Senior Research Fellow at the Max Planck Institute for Comparative Public Law and International Law, Heidelberg. 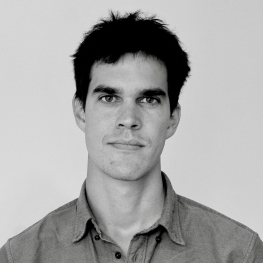 Dr. Guillaume Futhazar is a senior research fellow at the Max Planck Institute for Comparative Public Law and International Law. His main research focus is on law and biodiversity, particularly on the international governance of biodiversity and the interactions between law and science. He holds a PhD from Aix-Marseille University and is currently a Guest Researcher at the University of la Réunion.